Several years ago, this publication decided to explore the culture of the Clipsal 500 as it relates to women.

The idea was sparked by surveys carried out by the YWCA in Adelaide which showed many women felt unsafe on the CBD streets during the event (many, for good reason). We sent journalist Louise Pascale to the Clipsal, and she filed this revealing report.

Since then, the idea that the Clipsal’s gender culture might be less-than-desirable has been considered by the media more widely. Now, Tourism Minister Leon Bignell has stepped in and stated what no other government minister before him has been prepared to say – that the grid girls, funded by you, the taxpayer, are a sexist anachronism.

He’s copped a fair share of criticism, but analysis of the issue remains rather superficial. The bigger picture is whether there is a cultural problem with the event and why (or, rather, a cultural issue with motorsport more broadly).

However, you don’t need a PhD in gender studies to draw a link between women being treated essentially as decorative items at a publicly-funded event, and the reinforcement of a sense of “entitlement” among men.

It’s an issue that was hinted at this week on local podcast the Adelaide Show, which included an interview with burlesque performer and “showgirl” Nona Mona.

Mona, who performs at an unnamed city club, said she expected a different kind of audience this weekend.

“At the club we actually have a pre-Clipsal staff meeting in prep for the Clipsal men,” she told host Steve Davis.

“Generally, and this is from my experience, 98 per cent of men that I deal with are gentlemen, super nice and mean well, and then there’s always the 2 per cent where they’re either super aggressive or they’re just … not… they’re just cold. But Clipsal will bring in a more vivacious group.

“This is how I predict it’s going to go down. There’s going to be a lot of men in there who want to see things for money they just don’t have. There will be a lot of bartering, which is something I don’t put up with.”

She points out to these demanding customers that if you wouldn’t attempt to barter the price of a cheeseburger, why would you do this with a live human. Listen to the podcast here.

The Clipsal 500 used to be the highlight of the South Australian media’s gravy train calendar.

The old state suite on pit straight accommodated hundreds of people at the annual event, with business people, public servants, politicians from both sides of politics, and community leaders all getting on the sauce together at the taxpayers’ expense.

Back in 2011, then Treasurer Jack Snelling first started slashing away at the largesse, halving the state suite’s capacity from a staggering 800 to 400, and ending the lavish state dinner that used to be held in conjunction with the event.

Sunday used to be the big day for the state’s media, with journalists even able to bring along a “plus one” to the swim-through.

The State Government’s corporate box now has a capacity of only about 50, and InDaily understands that just 10 of the tickets over the four-day event have gone to the media, chosen, at least in part, via the “squeaky wheel” principle. 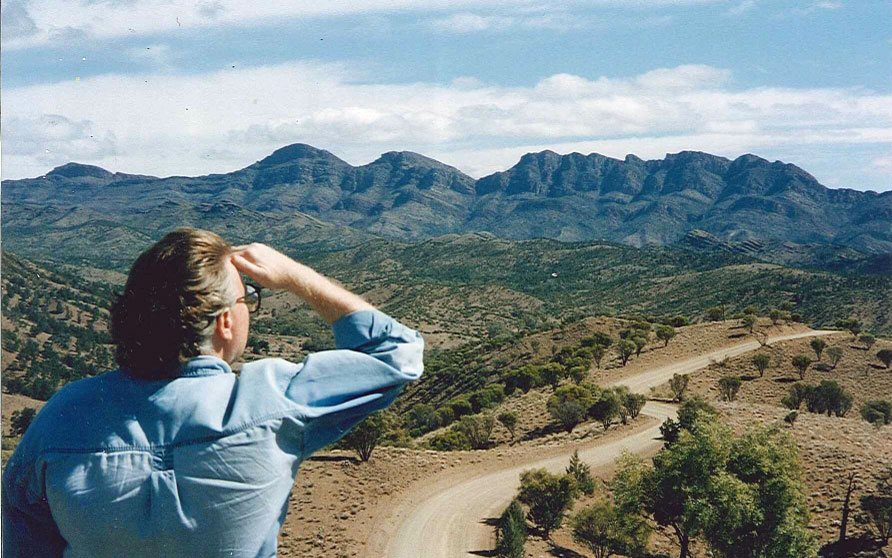 Former Advertiser journalist and award-winning feature writer Peter Hackett died this week at his home at Tickera on the Yorke Peninsula.

Hackett, who retired in 2009 after more than 30 years at the Tiser (give or take a few forays interstate), was a supremely talented writer and a pioneer of reporting on indigenous issues in South Australia. In the year of his retirement, he won best print news feature at the SA Media Awards.

A passionate character, Hackett, 66, was a great yarn spinner, both in print and to his mates at the pub (he insisted that during a backpacking holiday in Europe, he worked as a rhino keeper at a private zoo).

While he began his career in Adelaide and did most of his reporting here, he also worked for newspapers in Perth, Alice Springs and Canberra. He was generous with his time, encouraging young journalists with practical advice.

“He was one of the finest writers of his generation in South Australia,” Brown said. “He had a very special voice and he used that to highlight some of the areas that other journalists often overlooked such as indigenous issues and the characters of the South Australian outback that he loved.”

Rankine’s partial victory over The Australian

Former Labor minister Jennifer Rankine has scored a victory over The Australian, with the Press Council partially upholding her complaint against a series of articles written by local bureau chief Michael Owen.

Rankine complained about nine articles published from February to May 2015 following her resignation as Education Minister, and concerning allegations about the appointment of a public servant.

“The Council also concluded that paraphrasing of the complainant’s remarks in the article on 4 February as ‘Ms Rankine has said ongoing investigations that first began in 2013…’ was not an accurate paraphrase and inaccurately suggested she had resigned due to such investigations. Accordingly, this aspect of the complaint was upheld.

“The Council noted the final article on 5 May is headed, ‘Ex-minister cleared by ICAC’, but the main section of the article unfairly reprises allegations that had been found to be unsubstantiated and did not refer to the clearance by the ICAC Commissioner until late in the article. Accordingly, this aspect of the complaint was upheld.

“In considering whether the complainant was provided a fair opportunity to respond to what was reported, the Council took account of the publication’s attempts to solicit comments, the substance of the article on 5 May, and that the complainant’s letter to the editor focuses on the principal issues in that article. Accordingly, this aspect of the complaint was not upheld.”

You can read the full adjudication here.

Sub-editors and media award judges love puns in headlines, but care is needed. The problem comes when word play makes light of horrible events, as in last weekend’s report in The Australian about the disturbing case of four people being killed and up to 30 people wounded when a gunman opened fire at a Kansas lawn-mower factory. The heading: “Four cut down at mower factory”.

Kudos to excellent Advertiser court reporter Sean Fewster and the Opposition for unveiling another State Government measure likely to hinder the work of journalists in South Australia. He reported this week that new provisions, hidden away in a Bill about juries, would add a new barrier to the media seeking to report on evidence presented to a court in criminal trials. Under the provisions, courts would be prevented from releasing evidence without first convening a hearing with prosecution and defence counsel. Effectively, this means lawyers will be given another avenue to prevent information becoming public – as if we don’t have enough of that in SA. Read Fewster’s report here.

Looking abroad, this blog piece in the Washington Post by Alexandra Petri about Chris Christie’s appearance at Donald Trump’s Super Tuesday rally is brilliant and hilarious.

“It was not a thousand-yard stare. That would understate the vast and impenetrable distance it encompassed.

“He looked as if he had seen a ghost and the ghost had made him watch Mufasa die again.

“He had the eyes of a man who has looked into the heart of light, the silence. A man who had seen the moment of his greatness flicker, and seen the eternal footman hold his coat, and snicker.”