Seven has stunned local news staff by sacking veteran news director Terry Plane, who has presided over the most successful ratings period in the station’s news history.

InDaily understands Plane was told this morning by station boss Tony Davison that his position had been made redundant, effective immediately.

Plane, a wily news veteran in his third stint at Seven, has helped his team to a dominant position in the ratings.

He has worked for Seven for nearly 25 years, helping Seven’s Sydney newsroom to a drought-breaking win over Nine, before taking Adelaide’s newsroom to more than a decade of dominance.

However, he could be a victim of his own lofty achievements. After winning every single ratings night in 2014, Seven started losing the odd night to a cashed up Nine team last year (see the ratings item below).

Still, it seems an extraordinary move. Certainly, staff are struggling today to come to terms with the blow. The sacking came after Plane had returned from sick leave.

Seven put out a statement this afternoon confirming the sacking.

The University of Adelaide has delayed a decision on the future of Radio Adelaide.

Radio Adelaide staff and volunteers, as well as many others within the university, expected an announcement today on future ownership of the station, which has been run by the university for more than 40 years.

Indeed, staff and volunteers were invited to a meeting on their future – but it was abruptly cancelled this morning.

Vice-Chancellor Warren Bebbington said last year that he expected a decision in January.

Even yesterday, a university spokesperson was expecting an announcement today, but this morning he advised that the shortlisting process for bidders hadn’t been completed.

He said an announcement wouldn’t happen for “some days”.

Overnight, Radio Adelaide staff and volunteers put out a statement, breaking their silence after the university imposed a media gag on them in December.

The statement noted that “Radio Adelaide broadcasters, staff, volunteers, subscribers and listeners have not been included in the process of selecting this organisation”.

“So the announcement will be a surprise for us as much as you,” the statement said.

The statement criticised the university for ignoring the options contained in its own discussion paper about the future of Radio Adelaide. It said the university “chose an option not presented: to negotiate with existing organisations to take over the licence”.

The station’s future came under discussion after the university sold its current premises.

The broadcasters noted that the clock is ticking.

“Meanwhile, time is running out to relocate Radio Adelaide before demolition of 228 North Terrace begins on July 1.”

Tourism Minister Leon Bignell appears destined for a media smacking no matter what he spends on travel.

After receiving widespread and justified disdain for his $150,000 travel bill in 2014/15, the energetic spruiker of SA’s attractions is receiving the full blowtorch whatever he does.

This week, for example, the Opposition gave Freedom of Information (FOI) documents to The Advertiser about a $185 stay at the InterContinental on November 13 last year.

The story, followed up by just about every media outlet in town, seemed a little trivial (particularly in light of the fact that the Government has blown $10 million without most of the local media covering the story), but the nub of it was that Bignell should have gone home to sleep in the bucolic Southern Vales.

But let’s step back a little and take a look at Biggles’ activities in the lead-up to that fateful Friday the 13th.

On the Thursday he was in Port Lincoln, as part of his responsibilities for Fisheries, including inspecting the Government’s new purpose-built fisheries patrol vessel.

While he was there, he promoted the SA Tourism Commission’s campaign to visit the Eyre Peninsula and Port Lincoln, noting on his Facebook page:  “I think it’s a disgrace that so few Adelaide people have been to Eyre Peninsula (less than ten per cent!). In the past two generations we have seen people flocking to Bali often out of ignorance of what we have in our backyard. I’m hugely appreciative my mum and dad took me to Whyalla and Port Lincoln when I was 12. It set off a life-long fascination with our state, the mining industry and the fishing industry. I went to Bali once. Full of Aussie bogans and footy trips.”

After having a crack at bogans, he traversed half the continent to attend the Australasian council of racing ministers in Brisbane on Friday, before flying back to Adelaide in time to attend the SA Tourism Awards at the Convention Centre.

On Saturday, he was at the Christmas pageant bright and early, so, in hindsight, it may have seemed reasonable to spend the night at the nearest hotel, which happens to be the InterContinental. The alternative would have been for his car and driver to ferry him down south, return to Adelaide, and then get back to Bignell’s place bright and early the next day.

In terms of value to the taxpayer, it seems a lineball call at worst. The real question is why a Minister’s travel expenses need to be subject to FOI. They should all be on the table so taxpayers can judge for themselves. 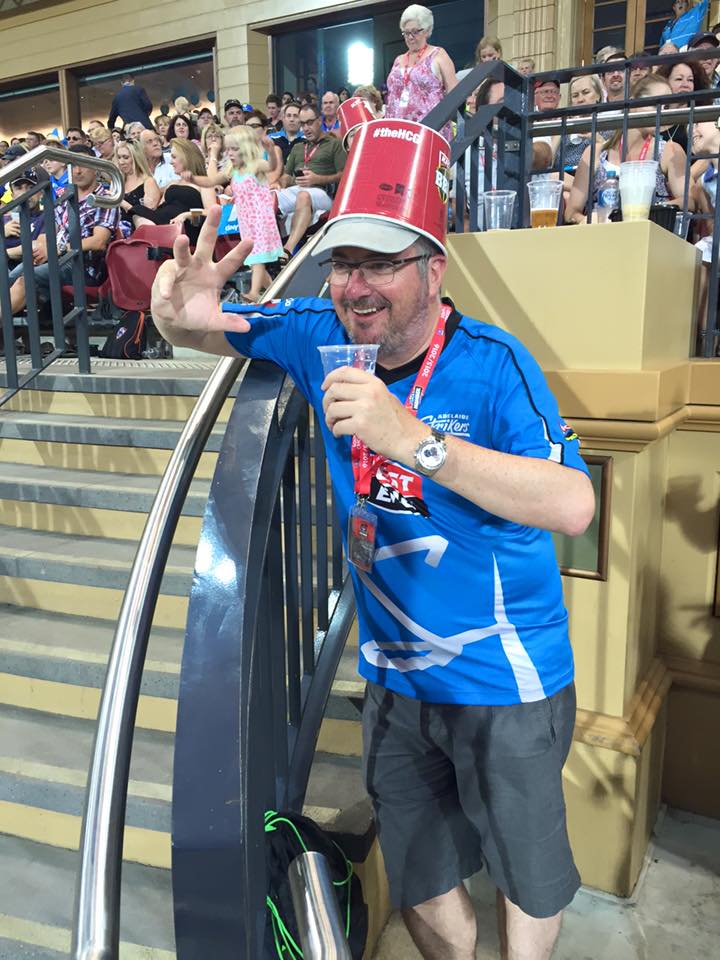 Ratings data about to mean a lot more

Traditional television ratings are becoming less relevant as streaming – either “live” or in the form of “catch-up” players – becomes increasingly common.

This will provide viewing data on internet-delivered TV content.

OzTAM plans to extend the service to include demographic data and reach estimates.

All the free-to-air networks, plus Foxtel, are participating in the project – and well they might.

The networks are seeing more and more of their audiences shift to online, so traditional ratings measures don’t give a true picture of viewer numbers.

Seven has made a big play during the Australian Open to get more eyes online through its special tennis app. Ten is moving more of its programming to live streaming, and Nine has just launched its 9Now streaming service.

With on-demand services like Netflix, Presto and Stan capturing millions of Australian eyeballs on all kinds of devices in the past year, the traditional networks need all the data they can get.

Meanwhile in the current data…

The Seven tennis app may explain some of the soft ratings for its Australian Open broadcasts in Adelaide.

While it’s generally been a ratings winner across the country, the tennis hasn’t gone gangbusters here, although the numbers are growing as we reach the pointy end of the tournament.

It’s early days – and the real ratings battle hasn’t begun – but already Nine news in Adelaide is showing it will continue to take the ratings fight to long-term leader Seven.

After a horror 2014, which saw Seven win every ratings night of the year, Nine last year began to win the odd night.

This week, Nine news has outrated Seven on two nights despite the tennis.

The geniuses at execrable UK tabloid the Daily Mail have done it again.

The notoriously anti-immigration paper has managed an irony overload, running a splash about the need to avoid taking children migrants next to a positive story about tennis player Johanna Konta – who migrated to the UK from Australia as a child. Konta put in an eye-opening effort at the Australian Open, making the semi-final.

The front page neatly encapsulates an eternal truth – that tabloid newspapers hate migrants, except when they’re good at sport. 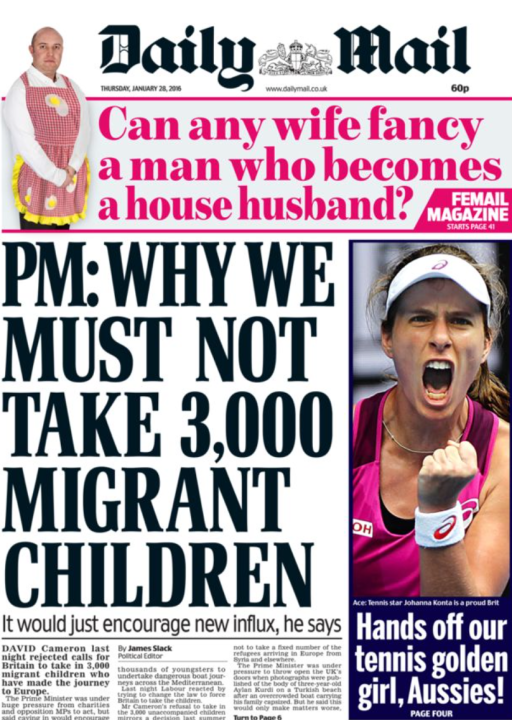 The crew at the Adelaide Hills newspaper The Courier have been mentioned in this section before, because they do a great job.

Last week they secured a scoop interview with Liberal MP Jamie Briggs and his wife Estee. It was the first extensive interview Briggs had given since standing down from the ministry following an “inappropriate” incident involving a female public servant in Hong Kong.

While it’s understandable that Briggs would seek to explain himself to his electorate, this was no puff piece, with the MP admitting that he used alcohol to cope with his frequent absences from home.

The national media picked up on the interview this week.