Ironically for a new business predicated on engagement, debate and deliberation, the founders of DemocracyCo get a kick out of saying ‘No’.

Aptly for its lofty remit, it’s the brainchild of two women from very different backgrounds – former Labor staffer Emma Lawson and one time Liberal member Emily Jenke – who formulate a bespoke mix of advocacy and consultancy to maximise participation across sectors as diverse as health, environment, child protection, education, housing and criminal justice.

“It’s a growing field but the excitement for me is refining our focus and being able to say ‘no’ – I love saying ‘no’,” insists Jenke.

She recalls talking to a prospective client about overseeing a deliberative process, and “there was a moment in the conversation where they said ‘we’re not going to promise to go back to the (participants) and tell them what we did’”.

“It’s a basic fundamental: you have to (engage)… We have to help them learn that.

“It’s really nice to be able to set the boundaries of what’s authentic and inclusive, and what’s not … we’re really only interested in those (clients) that are actually sharing decision-making.”

Even before its official launch, the fledgling company has already made a splash; it managed the recent Citizens’ Jury process that reviewed policy prescriptions for the management of unwanted dogs and cats, and is now engaged with the Premier’s Taskforce on Healthy Kids’ Menus.

But both Lawson and Jenke are confident the long-term success of their venture isn’t predicated on political whim.

“I think both sides of politics know how important it is that they involve community in decision making processes,” Lawson argues.

“They might do it in different ways, but I think they both know the community is central to the reason why they’re there.”

Jenke agrees: “From my perspective, it’s not a fad … it might be an interesting thing for the Premier (Jay Weatherill) and I know he’s passionate about it, but our intention is making sure everything we do has that integrity and builds that trust.”

Lawson began her career in the public service, honing a passion for policy in Australia and the UK. She learned the art of political cut and thrust as an adviser to both Mike Rann and Kevin Foley, but ultimately “I decided politics wasn’t for me and went back into the public service”.

“I guess I’ve always had a really strong interest in politics and public policy in particular, and how we change the world and make it a better place,” she says.

But a defining moment in her career came when she was asked to oversee the community engagement process to update Labor’s state strategic plan.

Her first thought was “I don’t talk to people, I do policy work”, but at length she was convinced to take the role, directing the largest community engagement project in the state’s history, incorporating almost 10,000 people over a 12 month period.

“I went and sat and I listened to what people were saying, and what I heard (told me) the way we’re running Government wasn’t working,” she recalls.

“We were making assumptions about what people needed and wanted – and they were wrong.”

She says chief among these assumptions was the unspoken belief in Governments that “people didn’t know what they were talking about, and we needed to make decisions for them”.

“I became a born-again community engager, and became quite passionate about it,” Lawson explains.

“I started to think about how we need to change the way Government works.”

“Premier Weatherill came in with very similar ideas and thinking to what I had,” she says.

DemocracyCo was born of the development of her community engagement philosophy, coupled with a desire to strike a better balance between family and professional life.

“I decided I could do it from outside (Government), probably as well or better than inside,” she says.

She recruited Jenke as co-CEO, who she regards as the best facilitator in the business.

Jenke cut her teeth as an engagement professional in the wake of the devastating bushfires that swept through Victoria in the summer of 2002-03. A royal commission by then-Emergency Services Commissioner Bruce Esplin recommended broader community and cross-agency engagement and “a more integrated approach to information management”. Jenke was a member of the team charged with reinventing the wheel, working with the fire service, “a very traditional centralised command, to highlight to them the benefits of working with their communities”.

The process bore fruit, and the methodology was extended across government.

Jenke later relocated with her partner to SA, where she started her own consultancy in 2007; if it didn’t keep her busy enough, she ran her own Fleurieu Peninsula olive oil business in her spare time.

She believes genuine consultation is a fertile niche.

“I don’t think anyone gets this and does it really well,” she says.

“It’s really about giving people good experiences. I’ve been doing this a long time (and) it’s not a quick fix.”

Having worked on the state strategic plan and subsequent Better Together projects, where she and Lawson forged their bond, Jenke has worked extensively with the SA public service, and believes barriers to genuine engagement often start at or near the top.

“As you go up the chain through the public service, that’s often the place it gets blocked,” she says.

She is a member of the River Murray Natural Resource Management Board, which she describes as a cross-section of “total greenies and irrigators, and everything in between”.

“But we’re developing real policy together, because we can,” she says.

That idea of bringing together a cross-section of views and finding common ground has informed the Citizens’ Jury process, which Weatherill last week committed to continue.

But Lawson is adamant that “Citizens’ Juries aren’t always the answer”. 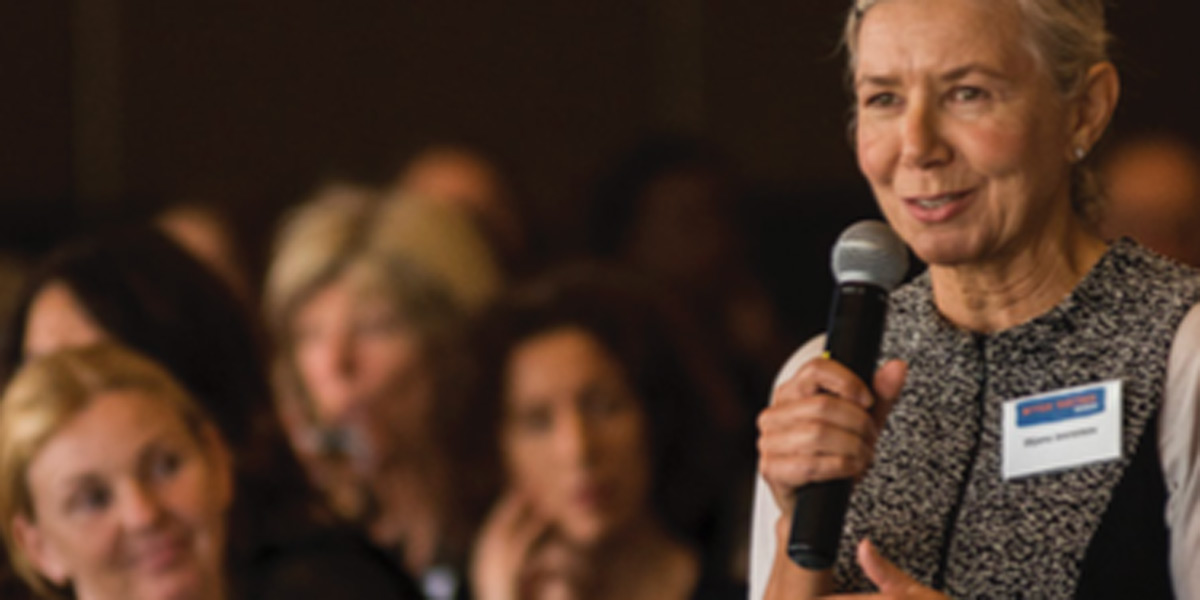 “The real risk is that you look at a Citizens’ Jury that has gone well and say: ‘Right, we’ll do them all the time now because they clearly work’, but it’s a much more nuanced area than that … there are hundreds of different tools you can use. The key is understanding the problem you’re trying to grapple with … and you design a process that’s going to work for that group.

“I guess it’s up to Governments to use the process appropriately.”

She says those involved appreciate that not every recommendation will become policy, but “maybe the answer is not that they implement but that they respect the process”.

“There were things with the Dog and Cat (jury) that will be problematic – that’s fine, we can’t implement all the (recommendations), but they can go back and say ‘with respect, we can’t do this, because of these reasons’, and that’s all people expect. They expect that if they’ve been involved in a process, Government will respect that process.”

She says the scepticism that greeted Weatherill’s blueprint last week for “Reforming Democracy” came about because “people get really frustrated (when) they never hear back”.

“And it’s actually not that hard a thing to go back to people and say ‘we heard you’.”

Jenke said the company surveyed jury participants about their trust in Government, finding “75 per cent said ‘we’re doing it because we want to believe Government can work better, not because we’re interested in the topic’.”

“The drive is there in the community, very much so,” she insists.

While running juries and other processes will be the company’s bread and butter, there is a distinct philanthropic bent.

“What we do that doesn’t earn money – but it’s important – is the advocacy: sharing intellectual property, trying to share with as many as possible what works and why,” Lawson says.

“We’re going to be very open in sharing what we’re doing.”

“We looked at being a NFP and we decided that it was too difficult logistically to do that, and easier to set up a simple company structure,” Lawson explains.

“But we consider ourselves to be a social benefit organisation.”