SAJC to sell its last piece of Cheltenham

The South Australian Jockey Club has announced plans to sell its last remaining parcel of land on the former Cheltenham race course to help fund developments at its Morphettville track.

The SAJC had originally hoped to build a pokies venue on the 4766sq m Cheltenham Parade site but has abandoned the plan after strong community opposition.

The jockey club sold the rest of the Cheltenham land in 2007 for $85 million, which has since been developed into the master-planned suburb of St Clair.

SAJC chief executive Grant Mayer said revenue from the new sale would be invested back into the club’s core business at Morphettville.

“Specifically, it is our intention to use the proceeds to undertake some significant projects at our racecourse which is consistent with our constitution,” he said.

“In this way, we will be continuing the proud tradition of Cheltenham ‘paying it forward’ and creating a lasting legacy for our club, our business and racing in South Australia.”

Races were first held by the Port Adelaide Racing Club at Cheltenham in 1921 with the track hosting its final meeting in early 2009.

The SAJC last year announced a $500 million revamp of the Morphettville Racecourse, including more than 500 homes and a 136-room hotel.

It has engaged Colliers to sell the Cheltenham land, which will be offered through an expression of interest campaign closing on September 1.

The property is located on the corner of Cheltenham Parade and St Clair Ave, 8km from the CBD and within walking distance to shops and public transport.

“Since the sale of the racecourse, we have been investigating a full range of options for the last remaining parcel of land including building and operating our own hospitality and entertainment venue, offering the site for sale or going to market on a ‘ground lease’ basis,” Mayer said.

“Having considered all the options in detail along with the associated risks and the returns that could be generated, the board has determined to offer the land for sale on the open market.

“It is zoned for mixed use, making it extremely attractive for a range of development options.” 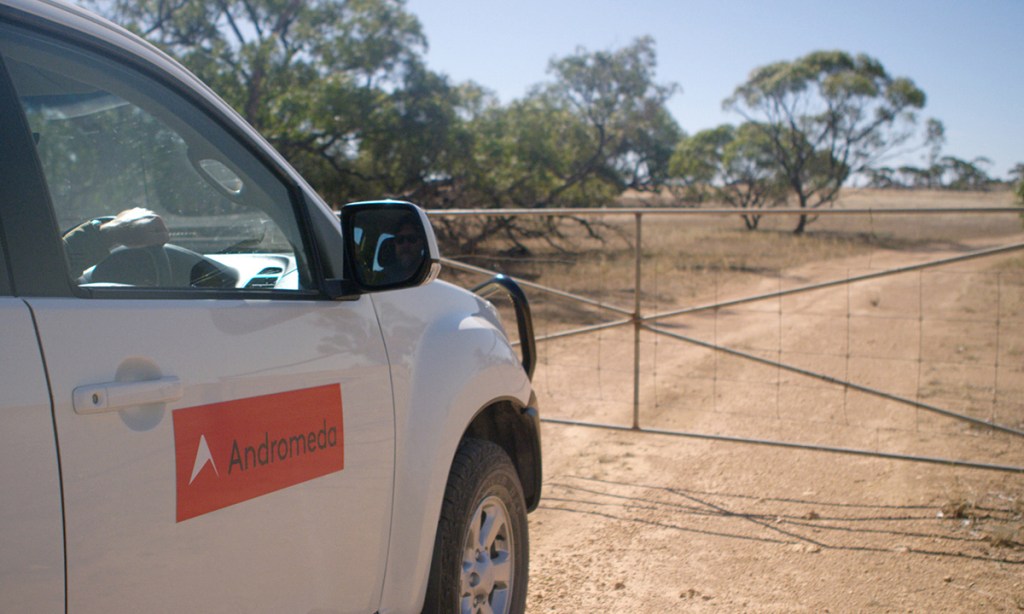 SA listed company Andromeda Metals has announced it has signed a legally binding offtake agreement with an Asian company to supply halloysite-kaolin from its great white kaolin project on Eyre Peninsula.

The Adelaide-based company last week announced the agreement with Vietnam and Hong Kong-based Asia Minerals Resources (AMR) to supply up to a total of 38,500 tonnes over three years to supply the ceramics sector in Vietnam, Malaysia, Singapore, Bangladesh, India, Pakistan, Philippines, South Korea, Indonesia, Thailand and the UAE.

Andromeda aims to start producing the rare clay materials kaolin and halloysite at the great white project koalin near Poochera next year.

It released a definitive feasibility study in April and also looking to finalise offtake agreements with customers in the paints, concrete additives and coatings sectors before making a final investment decision.

Kaolin is a clay used for high-end ceramics. High-purity kaolin can also be used for coating applications such as premium paints and inks and fetches up to $1000 a tonne.

However, the Poochera project, about 640km west of Adelaide by road, also contains significant amounts of halloysite, a rare derivative of kaolin where the mineral occurs as naturally formed nanotubes.

“This agreement with AMR is a significant milestone for Andromeda as it is the first one for our initial Great White KCM90 product with a leader in the world of high-quality ceramics which confirms the quality and value of the unique Great White resource,” he said in an announcement to the ASX last week.

Shareholders responded positively to Tuesday’s announcement with Andromeda’s shares rising about 15 per cent for the week to close at more than 10 cents. 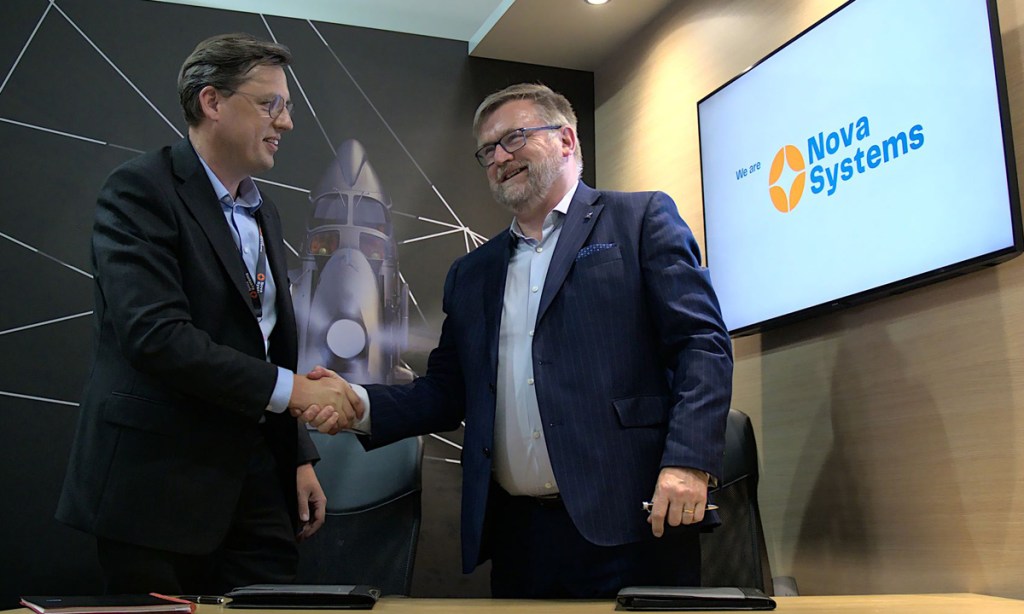 Adelaide-headquartered Nova Systems will team with Bristow Helicopters and 2Excel Aviation to deliver a $2.8 billion search and rescue program in the UK.

The 10-year contract was awarded to Bristow Group by the UK’s Maritime and Coastguard Agency (MCA) last month, with Nova Systems in the role of innovation partner.

The new contract combines the existing two separate aviation contracts for fixed-wing aircraft and rotary aircraft and will include the use of unmanned aerial systems (UAS).

The partners will operate 18 helicopters, six fixed-wing aircraft and one mobile UAS Camcopter across 12 bases in the UK.

Nova Systems International managing director Gareth Dyer said the company brought decades of experience working at the forefront of complex aerospace capability to the group as its innovation partner.

“With our experience working at the leading edge of aerospace technology and mission system development, and with our unique mix of technical and operational domain expertise, we look forward to enhancing the UK’s SAR capability and delivering a world-class innovation programme to the Bristow team and the MCA,” he said.

Founded and headquartered in Adelaide, Nova Systems is a leading global engineering services and technology solutions company with more than 850 employees working from offices in the United Kingdom, Norway, Ireland, Singapore, Australia, and New Zealand. 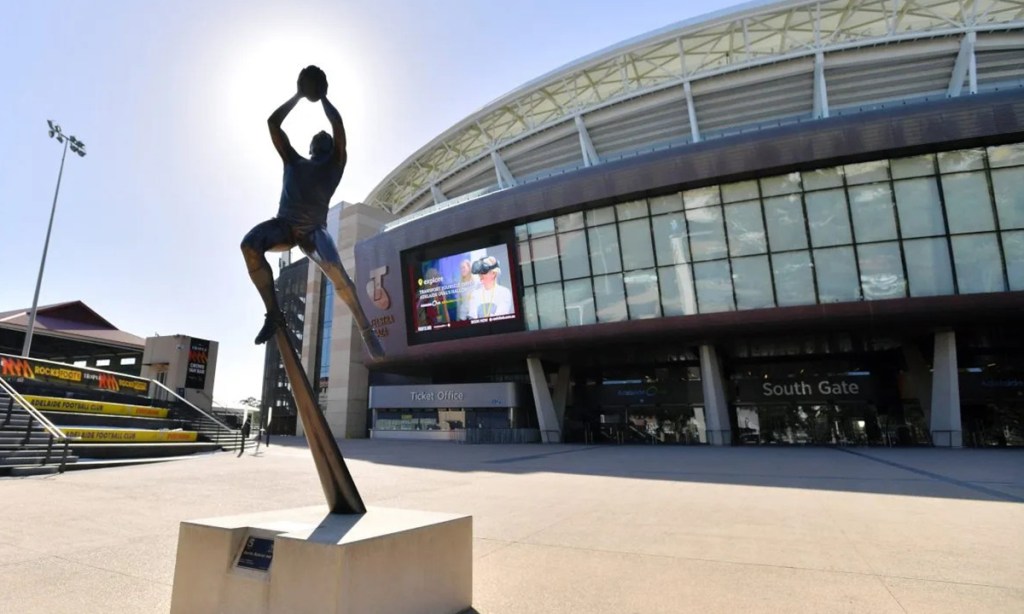 Adelaide Oval recorded a financial loss of $6.5m in the 12 months to October 2021, while the Stadium Management Authority still has nearly $42 million left to repay on its 30-year state government loan for the Adelaide Oval Hotel.

The revenue decrease saw the SMA take a $6.5m financial loss from trading activity in 2021, prior to receiving stakeholder contributions of $3.8m from the SANFL and SACA.

“However, the easing of restrictions resulted in higher attendances at events and performances, which increased revenue from sales, fees and charges by $6 million.”

The auditor general, Andrew Richardson, also highlighted the withdrawal of the federal government’s JobKeeper scheme as a contributor to the decrease in revenue.

“Trading income decreased by $2.5 million to $53.2 million due mainly to a reduction in Commonwealth JobKeeper subsidies of $10.9 million,” the report states.

But he also said the JobKeeper withdrawal was “partially offset by reduced staffing costs of $8.1 million for staff stood down”.

A spokesperson for the SMA said the 2021 result was “in line with our forecast budget expectations” and attributed the financial loss to the ongoing maintenance costs of the Oval.

“Having said that, we are optimistic about the year ahead – crowds are returning, we’ve seen an increase in functions bookings and the early signs are positive,” the spokesperson said.

“Items such as electricity, insurance, stadium maintenance and cleaning – which are all important to the ongoing maintenance of Adelaide Oval as a world-class destination – are the biggest contributors to the trading position.

“JobKeeper was a very important initiative through the worst of COVID, particularly for largescale hospitality businesses like ours, but the conclusion of the initiative had been factored into our budgets.”

The Adelaide Oval’s average AFL crowd for the 2021 AFL season was 27,526 in a year affected by COVID-19 crowd capacity restrictions.

Through 18 games this AFL season, average attendance has only marginally improved to 29,483 despite the absence of health restrictions.

Five companies from SA, WA and North America have been named winners of the Thinking Critical South Australia Challenge, sharing in a $250,000 prize pool to commercialise, expand and establish a business presence in the state.

Critical minerals are vital for developing renewable energy solutions such as batteries.

Department for Energy and Mining executive director of mineral resources Alex Blood said the broad range of finalists demonstrates the diversity of opportunity across the critical mineral-related global supply chain.

“Our state has a strong research and development and innovation sector, and is the Australian leader in renewable energy on track for 100% of its energy to come from renewables by 2030,” she said.

“None of this is possible without critical minerals.”

Coopers brings in a new Vintage

Coopers Brewery has released its 2022 edition of Vintage Ale, the 22nd in a series of seasonal ales that began in 1998.

“Coopers is this year celebrating our 160th anniversary of brewing and the 2022 Vintage is an outstanding ale befit of the occasion,” he said.

“The Coopers Vintage release is much anticipated across Australia every year.

“This year’s release is a rich, balanced and full-bodied ale with floral and spice characters.”

Australia’s largest independent family-owned brewery says the limited-edition Vintage Ale is characterised by its hop selection and is perfect to drink now, or can be cellared to become more complex over time as the flavours evolve and develop.

Like all Coopers ales, the 2022 Vintage Ale undergoes secondary fermentation and natural conditioning with an alcohol level of 7.5 per cent.

“Coopers Vintage Ale is best savoured at between 4 and 6oC and served in a tulip-shaped glass to bring out the array of flavours and aroma,” Cooper said.

“As with every Coopers Vintage release, only a limited number of kegs and cartons are available so drinkers should be prompt to avoid disappointment.”

Coopers 2022 Vintage Ale is packaged in 355ml bottles and is available in liquor outlets from this week, in six-packs and cartons. 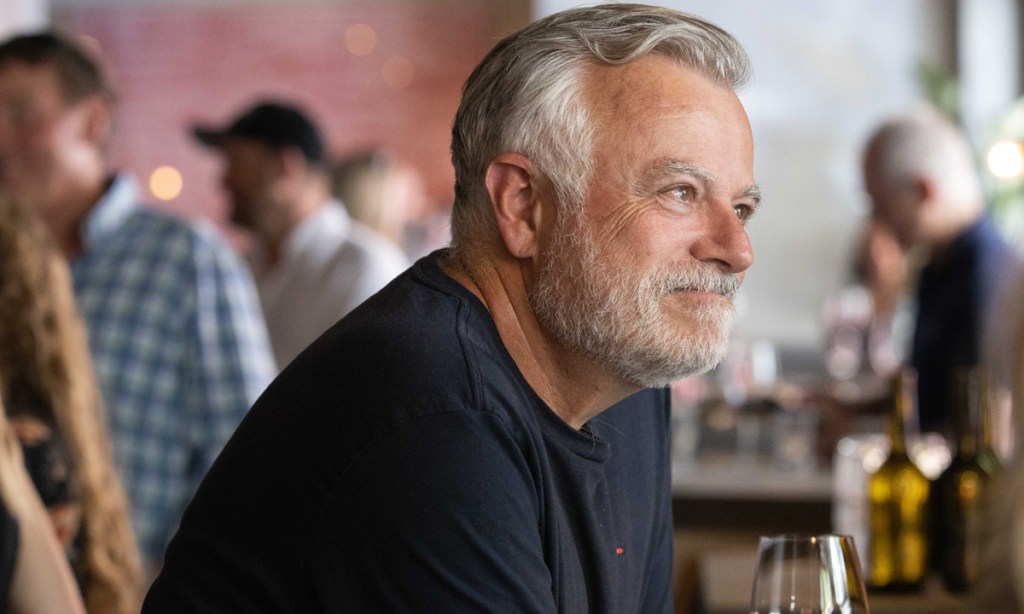 The State Government has launched a South Australian Wine Ambassadors Club to support the state’s wine exporters and to grow demand overseas.

Launched on Thursday by Minister for Trade and Investment Nick Champion, the invitation-only club has been established to create an international network of ambassadors who share a passion for South Australian wine.

The four-year initiative forms part of the South Australian Government’s wine export recovery and expansion program, which was launched in July 2021, to offset the significant impact of the China tariffs.

Figures released by Wine Australia last week show South Australian wine exports have fallen $300 million since the 2020-21 financial year but still managed to reach a value of $1.431 billion in the 12 months to June 30.

Despite the fall, SA wines still account for more than 60 per cent of all Australian wine exports.

The SAWAC program will deliver an estimated increase of approximately 90 new-to-market South Australian wine brands across the six markets over the next two years.