Beach Energy’s quarterly production was up 9 per cent in the three months to June 30 with quarterly revenue up 10 per cent to $504 million.

It said the production increase was underpinned by higher customer gas demand from the offshore Otway Basin in Victoria.

Beach’s Otway production was up 83 per cent to 1.5 million barrels of oil equivalent (MMboe), supported by the recent commissioning of its Geographe 4 and 5 wells in the Otway Basin.

“A key plank of the Beach strategy is to continue investing in new gas supply to support the east coast market,” he said.

“Our results this quarter against the backdrop of the current energy crisis validate this strategy.

“We are also planning for our next phase of growth, including exploration in the Perth, Otway, and Cooper basins, and we do so with a Balance Sheet capable of supporting our growth aspirations.”

This was helped in the June quarter by a 33 per cent increase in its average gas price, the acquisition of the Orbost Gas Processing Plant in Victoria, a $244 million equity raise and $400 million underwritten debt facility.

“It is the next step in our Gippsland and Otway twin gas supply hub position, underpinned by attractive South-East Australia market dynamics and increasing gas prices,” he said.

“Cooper Energy is ideally positioned for growth and a step change in a market where new domestic gas supply is desperately needed by the community.”

Adelaide aerial mapping company Aerometrex has been awarded a contract to deliver a combination of photo and LiDAR imagery in the Pilbara region of Western Australia for mining giant Rio Tinto.

The $850,000 deal will be completed in the next two months and follows a major off-the-shelf deal with the Australian Government last month.

“We believe that having achieved BARS registration coupled with the high-quality work that is produced by our LiDR division will open up a number of opportunities to work with some of the largest mining companies in the country such as Rio Tinto,” he said.

Last month the company announced it had received a $2.5 million order from the Australian Government for “off-the-shelf” datasets to provide a suite of its Australian geospatial data.

“This represents the single largest sale of a geospatial datasets in the history of Aerometrex and pays testament to the quality and value of our products,” Masters said.

Aerometrex’s technology has also been used to support the NSW Flood Emergency response.

The listed company’s share price has improved sharply in recent weeks from 21 cents on June 17 to 41 cents at today’s open.

The company, which has undertaken previous contracts to coat air warfare destroyers over six years, can now deliver large format projects from its purpose-built and highly specialised 70sq m spray booth on site.

DCS general manager Lou Surace said the investment placed the company in a great position to meet the expanding needs of next-generation defence projects in South Australia and nationally.

“With defence representing a significant percentage of our business and growing, the new on-site facility provides a unique opportunity for capability development, and positions DCS as a significant force within defence manufacturing supply chains,” he said.

“The defence industry moves rapidly which is why it is vital to evolve business and infrastructure to effectively deliver new innovations that meet the advanced requirements of projects right across the country.”

The expansion has enabled DCS to secure a major contract with global technology and security company, Kongsberg, to paint their NASAMS Mk 2 Canister Launchers, which will be delivered to Prime Contractor Raytheon Australia and provided to the Australian Army as part of the LAND19 Ph 7B program.

DCS is now part of the SA-based Rowlands Group, following its acquisition in late 2021.

Established in 1996, DCS has progressively expanded its Wingfield factory from 710sq m to 2700sq m. The company’s facilities represent state-of-the-art equipment and highly specialised coating technology to meet the needs of a variety of industries including Defence, Mining, and Original Equipment Manufacturers in the production of medical, architectural and home appliances. 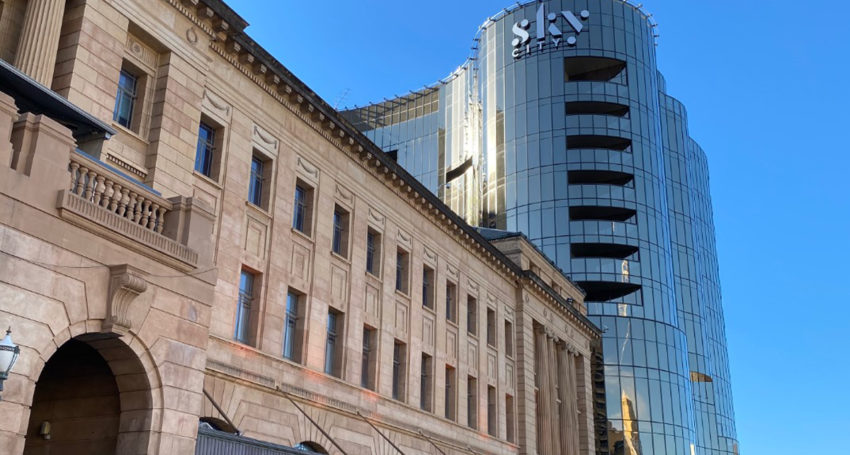 An independent inquiry into whether SkyCity Adelaide is fit to hold a casino licence has called for public submissions and set a deadline of August 10.

Former Supreme Court judge Brian Martin QC was earlier this month appointed to head an investigation into the operations of the SkyCity Adelaide casino “following systemic concerns raised by inquiries into jurisdictions interstate”.

Liquor and Gambling Commissioner Dini Soulio said on July 4 that the independent probe would “ensure that the way that SkyCity operates demonstrates that the licensee is still suitable to hold the casino licence in South Australia”.

In a statement to the ASX when the inquiry was announced, SkyCity Entertainment Group said it would “fully cooperate with the review and any requests for information and documents”.

Information about the inquiry’s terms of reference and how to make a submission can be found here.

Submissions must be made by August 10. Martin will hand down his findings and recommendations on February 1 next year.

The casino is already subject to a separate probe from the federal government’s financial crimes watchdog for potential serious non-compliance with anti-money laundering and counter-terrorism financing laws.

That enforcement investigation, undertaken by the Australian Transaction Reports and Analysis Centre (AUSTRAC), was announced in June last year and is yet to reach a conclusion.

Federal government approval has been given to two sub-orbital rocket launches from South Australia later this year.

Rocket manufacturer ATSpace and spaceport provider Southern Launch announced last week they will launch the Kestrel I rockets from the Whalers Way complex on Eyre Peninsula in coming months.

The VS02 and VS03 missions will fly the experimental rockets along sub-orbital trajectories to test their design under different operating conditions.

Rocket noise data will also be collected on the ground during lift-off to provide information for the future operation of the Whalers Way Complex.

“For Southern Launch to be supporting Australia’s most complex commercial space launches from our site is a remarkable achievement by my proud team,” he said in a statement.

“The VS02 and VS03 launches will provide a significant amount of data that will be used to inform best practice during future launch campaigns and the development of South Australia’s space industry”.

ATSpace chief executive Yen-Sen Chen said the missions would demonstrate the technical performance of the Kestrel I systems.

“These two sub-orbital launches will provide us with valuable data to validate our future Kestrel V orbital design,” he said.

“They are the gateway to ATSpace’s growth and future investment in Australia and jobs for Australians.

“Launching into space is a challenging task for any launch vehicle company. It’s only possible to attain the technical maturity through well-planned test launches.

“VS02 and VS03 are part of the equation for us to reach that status.”

The Whalers Way Orbital Launch Complex is in a conservation zone about 25km southwest of Port Lincoln.

Conservations and local residents have long been opposed to the site’s status as a launch complex, arguing it should not be located in a conservation zone that is home to several state and federal-listed threatened bird species.

ATSpace is the Australian sister company of Taiwan-based space firm tiSPACE, which partnered with Southern Launch to launch a 10-metre test rocket from Whalers Way in 2021.

But those plans had to be abandoned after three unsuccessful launches, with the rocket catching fire on its final attempt to get off the ground. 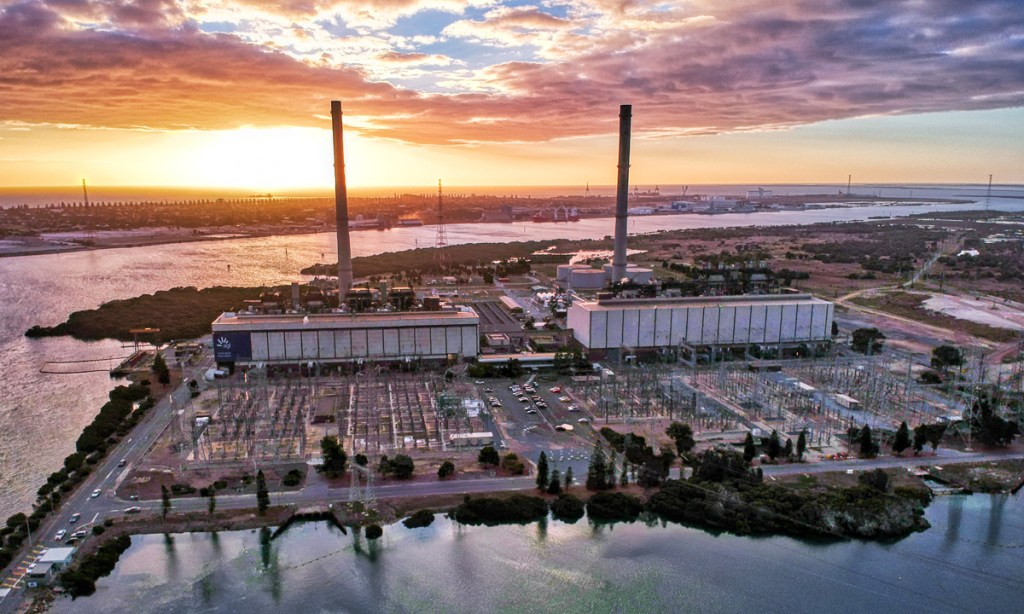 A huge electrical transformer has been delivered to Torrens Island Power Station from Victoria aboard a 90-metre long, 390-tonne road train.

The transformer, a crucial part of the 250MW grid-scale battery project at AGL’s Torrens Island, departed from She-Oak Log – north east of Gawler – at around 2am on Thursday morning.

The final leg of its journey saw it travel via the Sturt Highway, Northern Expressway, Northern Connector, Port River Expressway and Grand Trunkway before arriving at Torrens Island around 6am.

The 90-metre-long road train was escorted by police and traffic management staff for the entirety of its journey from Victoria.

It started its journey from Glen Waverley, Victoria on July 15 and arrived in Bordertown on July 17.

It then travelled north through Pinnaroo and Riverland before moving onto the Sturt Highway at Blanchetown and making its way to She-Oak Log, near the Barossa Valley.

AGL has been reducing its gas-fired electricity production at Torrens Island, near Port Adelaide, in recent years with the retirement of its four 120MW ‘A’ units and the mothballing of the first of four 200MW ‘B’ units last October.

However, in February it announced it had begun construction of a 250MW grid-scale battery at Torrens Island, which is the first in its planned 850MW storage network.

The transformer will be used as part of the project.

AGL Energy has teamed up with several high-profile industry partners to work up a study to demonstrate the commercial and technical feasibility of establishing a renewable hydrogen hub at Torrens Island.

The study will also assess the viability of hydrogen-derived product manufacture at Torrens Island to serve domestic users in South Australia and interstate, as well as wider export markets.