The acquired clinics are franchised with one to be part owned by SILK. The acquisition will be funded from SILK’s existing cash reserves and will be earnings accretive.

SILK Founder and Managing Director Martin Perelman said the non-surgical aesthetics sector was going through a consolidation phase, which SILK is leading.

“This acquisition aligns with SILK’s goal to increase its East Coast presence – particularly in Victoria,” he said in a statement to the ASX this morning.

“We’re thrilled to welcome the Unique Laser team to the SILK family and we’re excited to further grow the SILK network – which has doubled in size over the past 12 months – across Australia and New Zealand.”

SILK last year acquired Australian Skin Clinics Group and in March reported a statutory net profit after tax of $4.09 million for the six months to the end of the 2021 calendar year.

Since listing in December 2020, the SILK network has grown from 53 clinics generating $13.5 million EBITDA, to 128 clinics across Australia and New Zealand and is forecast to deliver FY22 EBITDA of at least $20 million.

Its share price at this morning’s open was $2.20, giving it a market capitalisation of $116 million.

Adelaide rents up 10 per cent as housing squeeze continues

Adelaide rents increased by 10.3 per cent in the 2021-22 financial year on the back of a 20 per cent fall in listings, according to a property report released on Friday.

The PropTrack Rental Report June 2022 also found that the number of days a rental property was listed on realestate.com.au before leasing was sitting at a record low 15 days in Adelaide in June.

It comes as the total supply of rentals has reduced further, with total listings sitting 45.9 per cent below the decade average in June.

Following the 10.3 per cent increase in rents in the 12 months to June 30, Adelaide’s median weekly rent is $430. Rents have surged as a result of a 20.3 per cent decline in total rental listings year-on-year, according to the report.

In regional SA, rents have risen by 17 per cent to a median weekly rate in June of $310 following a 14 per cent decline in total rental listings year-on-year. This was the largest year-on-year increase in rents in the nation, followed by Western Australia (12.8 per cent), Darwin (14.6 per cent) and Adelaide (10.3 per cent)

PropTrack Director Economic Research and report author Cameron Kusher said the increased demand for rental properties since the start of the pandemic continued to drive competition in the June quarter.

“Prices for rentals in the major capital cities are lifting on the back of reduced supply and we see this continuing for some time, particularly as populations grow and activity returns,” he said.

“Overall, the rental market is currently extremely tight, with many people looking for rental properties at a time in which the supply remains insufficient. It appears unlikely that relief is on the way any time soon.

“With overseas and interstate migration returning with borders now re-opened, it seems likely that rental conditions will tighten further over the coming months. This is likely to be most evident in Sydney and Melbourne, where rental demand and prices dropped throughout the pandemic but are now rebounding rapidly.”

Business software firm Prophecy International Holdings has reported a 41 per cent increase in new sales in the 2022 financial year of $12.3 million.

The Adelaide-based firm with offices in Sydney, Manila, Denver and London has about 87 staff and a market capitalisation of about $65 million.

The listed company’s main two products, eMite and Snare, both had a strong finish to the 21/22 financial year and contributed to group annual recurring revenue of $18.4 million, up from $10.4m the previous year.

The software as a service (SaaS) based eMite software is designed to help call centres correlate and analyse data across multiple channels.

In a statement to the ASX last week, the company said its focus on international marketing through the Genesys and Amazon Connect contact centre technology ecosystems delivered strong growth in contracted sales for eMite.

In FY22, Prophecy’s new eMite customer contracts covered more than 45,000 seats with first-year contract value of $5.6 million, up from $3.6 million in FY21.

“An increasing number of Snare customers are grasping the advantages of the Opex/Capex flexibility provided by this new model, as indicated by subscription revenue constituting 26 per cent of the company’s total new Snare sales in FY22 and 44 per cent of sales in Q4,” prophecy said in its July 11 announcement.

“The company holds a positive view for continued growth for Snare, as the market for flexible cybersecurity and compliance solutions continues to grow and the rising financial and reputational consequences of data breaches, malware and ransomware become increasingly apparent to enterprise customers.”

Prophecy sells software into more than 40 countries with about 70 per cent of all sales in the United States.

It started as a developer of accounting software in the early 1980s and built a number of products over the years before starting to acquire companies.

In 2011, the business acquired a company called Intersect Alliance and its Snare cybersecurity product and in 2015 it acquired eMite, which are the company’s two main products now.

Wine roadshow heads back to the regions

Adelaide-based Finlaysons Lawyers will take its annual national wine seminar back to the regions next month after many of its sessions were forced online last year.

The 30th Wine Roadshow will visit 10 major wine regions in South Australia, Victoria, New South Wales, Tasmania and Western Australia with a group of industry experts and a theme of succession planning.

The events will start in Coonawarra on August 1 and include presentations from Finlaysons Partners Will Taylor and Nikki Owen as well as representatives from Australian Grape & Wine, the peak body for the wine sector, and Wine Australia, the statutory corporation responsible for regulating and advocating for the sector.

They will report on the current state of the global wine industry and will reflect on the industry challenges that the next generation is likely to face and how the Australian wine sector is preparing for them.

At this year’s event, called “Transitioning to the Next Vintage”, Taylor and Owen will advise attendees on how to go about family wine business succession and the common mistakes that should be avoided.

“Done well, succession can enhance the relationships of parents with their children and take the business to a higher level,” Taylor said.

“Done poorly, it can lead to family breakdown and business failure.”

Last year’s roadshow began with in-person seminars in SA and WA regions in August and September but was forced online due to coronavirus restrictions in NSW, Victoria and Tasmania.

Taylor said that since the first event in 1993, Finlaysons had seen amazing highs and depressing lows in the Australian wine industry.

“We saw the incredible export boom of the 1990s and early 2000s, followed by the horrible ‘decade of pain’ resulting from grape over-supply, the high Australian dollar and then the GFC,” he said.

“Then we had a few really good years; now the China tariffs, shipping disruption and input cost inflation are taking the sector down again.

“In a few years there will be another recovery. It is an incredibly resilient industry.”

Registrations for the Wine Roadshow can be made here. 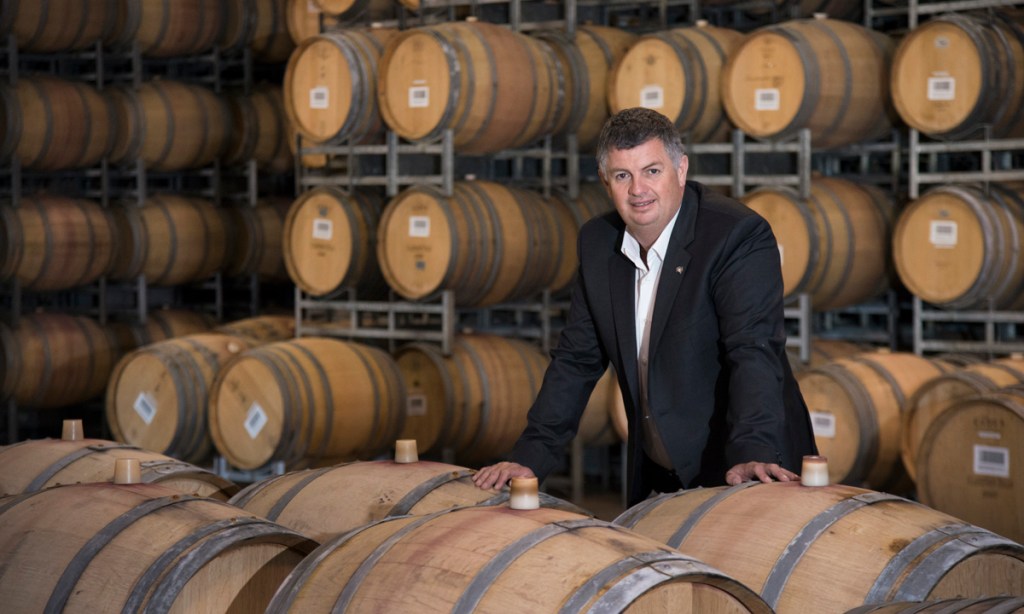 An iconic Langhorne Creek wine brand that has been returned to its original home will hit the shelves in its new format next month.

As well as the Shiraz Cabernet blend, a single varietal 2021 Shiraz and 2021 Cabernet Sauvignon will also be released to market on August 1.

Included in this release will be the extremely limited black label Metala William Formby 2016 Shiraz and 2016 Cabernet Sauvignon.

The Metala property is home to the oldest family-owned Cabernet vineyard in the world and the oldest Shiraz vineyards in Langhorne Creek.

The wine was originally made on site but production shifted Stonyfell Winery, in  Adelaide’s east, in the early 1950s.

When Stonyfell was sold in 1972, Adams said the Metala brand had been not registered by his family despite them supplying the grapes and name for many years.

It instead changed hands many times over the years, eventually ending up in the stable of Australia’s largest wine company Treasury Wine Estates alongside the likes of Penfolds, Wolf Blass, Wynns and Saltram.

Adams said it was exciting to again offer consumers the rich, full-bodied Metala fruit that had a deep association with the brand.

“I can’t overstate how delighted I am to see a return to the quality and authenticity that comes from being an estate-grown wine – consumers will experience the difference,” Guy says.

The Hallett Group has received $20 million in federal government funding, with its plan expected to cut Australia’s annual carbon dioxide emissions initially by 300,000 tonnes, growing to one million tonnes as it expands.

The company will use existing technology to manufacture supplementary materials that can replace more than 50 per cent of traditional high-emission clinker-based cement.

The primary manufacturing operation will be based at Port Augusta, employing about 50 people, where it will extract and process waste flyash from the now-closed Port Augusta power station operations.

It will add materials from the Nyrstar Port Pirie metals smelter and, subject to a successful evaluation, the Liberty Whyalla Steelworks assisting both operations to reduce their onsite environmental footprint.

A separate import, export and distribution facility is being built at Port Adelaide.

“This will deliver significant and quantifiable sustainability, employment, and financial benefits to a broad range of local and national stakeholders and businesses,” he said.

With existing material reserves and ongoing production offtake, Hallett plans to provide the market with at least 30 million tons of supplementary materials over the next 20 years and beyond.

That would help drive down the 12 million tonnes of high carbon dioxide emitting clinker-based cement used in the Australian market each year. 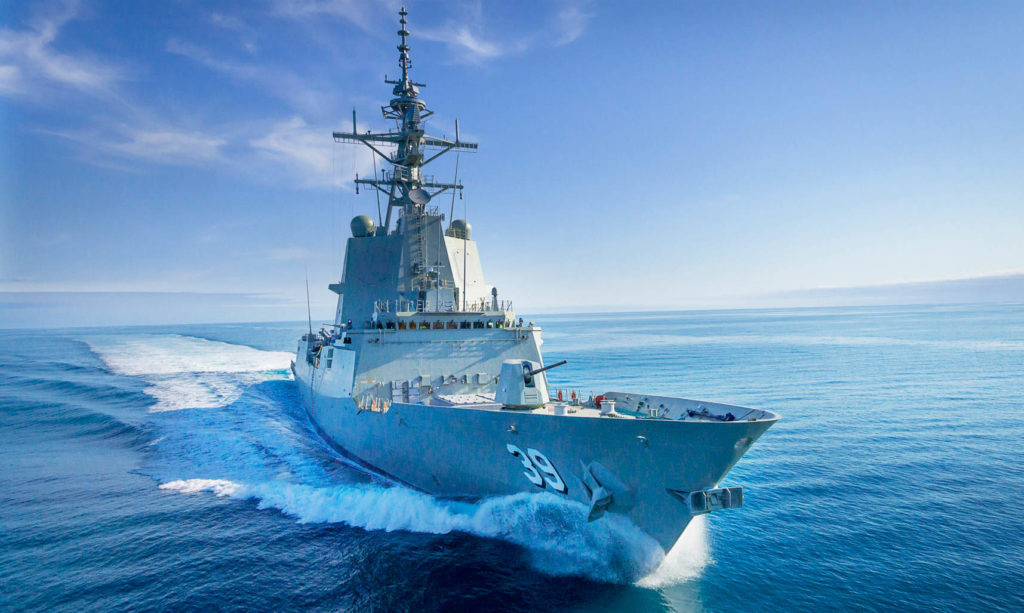 The latest round of defence research funding from the Defence Innovation Partnership’s Collaborative Research Fund (CRF) is now open.

Up to $150,000 is available for successful applicants to support genuine collaboration across government, universities and industry for defence-relevant research, development and innovation.

The CRF and the Defence Innovation Partnership aims to build a community of innovators across a wide range of disciplines.

Now in its sixth round of funding, the CRF has previously had a number of projects go on to receive additional funding from other sources such as the Australian Government’s Defence Innovation Hub.

Applications for South Australian-based projects are open until August 29 with successful applicants announced later in the year.

Minister for Defence and Space Industries Susan Close said the Defence Innovation Partnership had already delivered nearly $4 million in funding since it began in 2018 across 25 South Australian-based projects.

“This program is incredibly valuable in the way it connects researchers with defence industry and government and has already produced tangible success stories,” she said.

“Research and innovation is vital to our sovereign defence capability and we have some of the best researchers here in South Australia.”