It came on the same day as fellow SA-based miner Renascor Resources announced it had extended the potential footprint of its Siviour graphite project on Eyre Peninsula following promising drilling results.

Core says construction of its Northern Territory lithium mine is progressing well with its first direct ore shipment on track to take place before the end of the year and concentrate production to begin soon after.

In its announcement yesterday, the company said the latest mineral resource estimate has increased 28 per cent to 18.9 million tonnes @ 1.32 per cent lithium oxide.

Core Lithium Non-Executive Chairman Greg English said the new estimates resulted in the project’s mine life being extended to 12 years.

“This is a tremendous outcome for Core and our shareholders and testament to the efforts of our operations and exploration teams as we focus on growing Finniss’ mine life and scale beyond last year’s DFS assumptions,” he said in an announcement to the ASX yesterday.

“Today’s positive announcement adds to the significant momentum being generated by the safe and timely development of Finniss Stage 1.

“Fully funded to first production, Finniss remains on track to ship first lithium by the end of this calendar year to herald Core’s arrival as Australia’s next lithium producer.”

A decision on Stage 2 of the project, an expansion of its concentrate production, is expected this year. A feasibility study into Stage 3, which would enable Core to begin downstream lithium hydroxide production in the Northern Territory, is underway.

In March, Core struck a deal with electric carmaker Tesla to supply it with up to 110,000 tonnes of refined battery material from its Northern Territory mine.

Tesla will also work with the SA company on its Stage 3 expansion that will allow it to develop downstream lithium chemical processing in Australia and incorporate it directly into Tesla’s supply chain.

Meanwhile, Renascor also announced to the market yesterday it had entered into an agreement to explore and potentially buy the freehold land immediately to the north of its Siviour project near Arno Bay on Eyre Peninsula.

The agreement with landowner Cambourn Pty Ltd allows access and option rights for three years and follows the discovery of graphite intersections that are among the thickest and highest grade in the project area near the site’s boundary.

The Siviour project received conditional approval for a $185 million loan under the Australian Government’s $2 billion Critical Minerals Facility in February.

A final investment decision on whether to proceed with the project, which aims to supply the global electric car industry, is expected later this year. 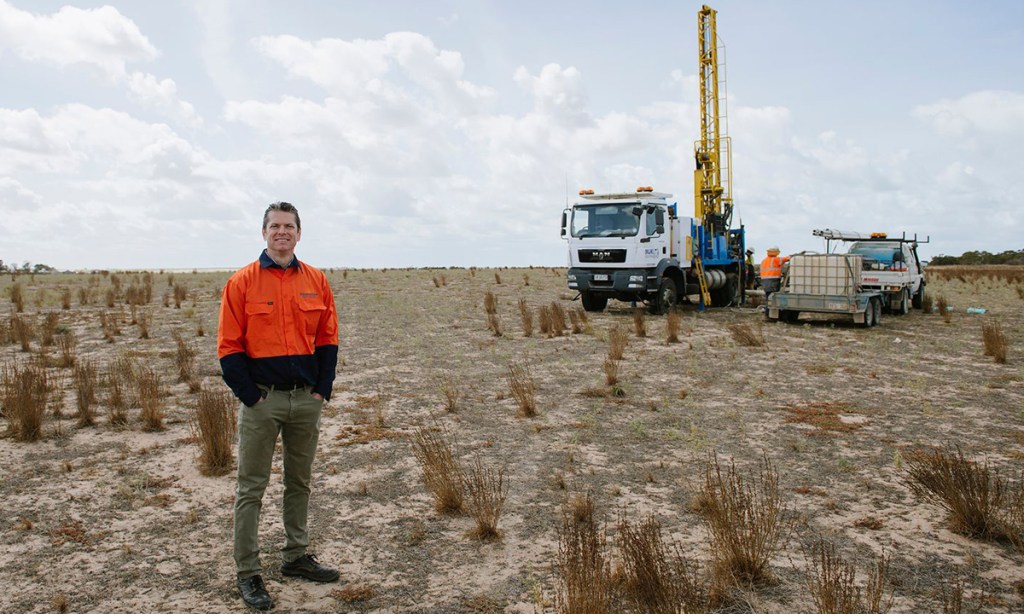 The project also includes two processing facilities in South Australia – one at the mine site to create a 95 per cent graphite product while a second, more technical site would create a purified spherical graphite product to a purity of at least 99.95 per cent before being exported to lithium-ion battery anode manufacturers.

If it goes ahead, the project is expected to create about 100 construction jobs and 200 further positions once production begins.

Renascor managing director David Christensen said Siviour was already one of the largest graphite deposits in the world.

“The current mineral resource offering (has) the potential to produce up to 150,000 tonnes of graphite flake concentrates per year in a staged development over a 40-year mine life,” he said in the ASX announcement yesterday.

“The agreement announced today helps further secure the project’s long-term future as a Tier 1 graphite project capable of significant growth to respond to the increasing demand for Purified Spherical Graphite for lithium-ion batteries.”

The Siviour Project was then given major project status by the federal government in September.

The announcements were among a number of positive moves for the listed company in 2021, which helped propel its share price from just $0.01 in January last year to $0.17 at the end of the year.

A volatile share market in the past few months has seen its share price slip back a little to $0.15 this morning, giving it a market capitalisation of about $323 million.