Medical technology company Nova Eye Medical is hoping the commercial rollout of its new surgical device for glaucoma will drive an increase in sales in the 2023 financial year.

The Adelaide-based company announced last month its iTrack Advance device had been cleared for sale in Europe and the Asia Pacific with encouraging early European sales.

Last week the company also released a sales update showing a 24 per cent increase in glaucoma device sales in Germany, including early sales of the new device.

In an announcement to the market last week, the listed company said it expected to report FY22 sales across its glaucoma surgical devices division of $13.1 million, on par with the previous year.

However, it said sales to China were down 30 per cent for the year as a result of freight delays that resulted in a delivery worth $740,000 bound for Wuhan being unable to be shipped until July 5.

“The positive sales momentum in Germany was underscored by the launch of the company’s new canaloplasty device, iTrack,” it said in a statement to the ASX on Friday.

“Continued investment in the company’s direct sales team infrastructure in Germany also contributed to the strong result during the period.”

Sales revenue was down 3 per cent in the US for the year after recovering from a 10 per cent fall in the first half.

Nova Eye Medical managing director Tom Spurling said the launch of iTrack Advance in Europe was an important milestone for the business.

“COVID-19 presented various challenges, including production and supply issues, as well as restricting access to surgeons,” he said.

“We are now starting to yield the benefits of our investment in iTrack Advance.

“The early feedback from surgeons has been extremely positive and I am confident that our team will roll out this world-leading technology to immense success.”

Nova Eye Medical recorded a net loss after tax of $4.35 million in its first full year since selling a major stake to a French multinational including its former name Ellex Medical.

The sale of about 75 per cent of the company’s revenue base was finalised on June 30 2020 and included the Ellex name, which is a strong brand in the United States, prompting the name change to Nova Eye Medical.

While about 170 staff now work for the Lumibird-owned Ellex in Mawson Lakes and its subsidiaries around the world, Nova Eye has set up new headquarters in Kent Town and has about 50 staff mainly in Adelaide and California, where it manufactures its iTrack devices.

Nova Eye has a market capitalisation of about $30 million and a share price of $0.21. 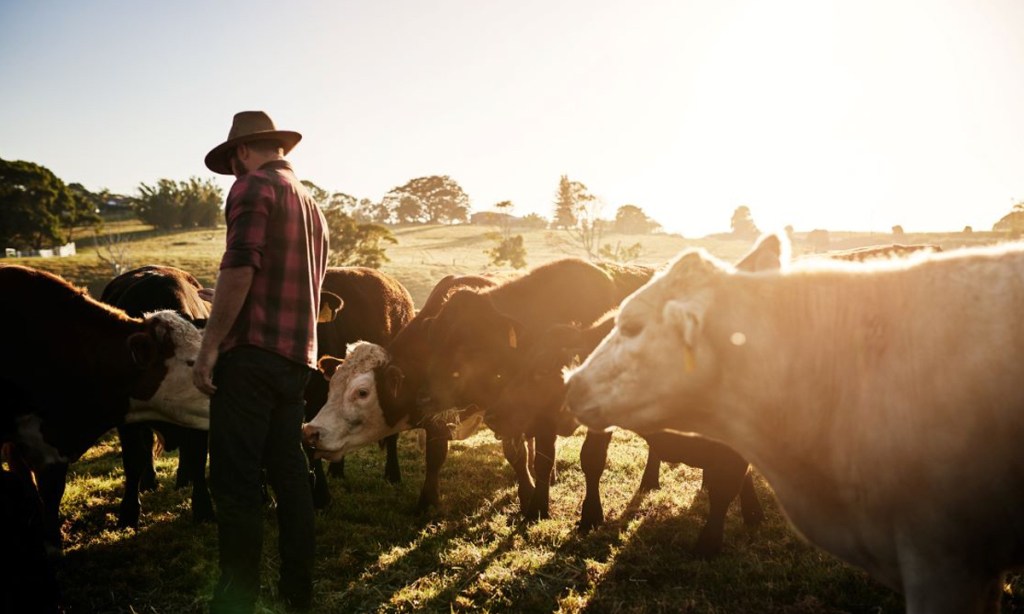 Listed agriculture company Duxton Broadacre Farms says the value of its total land, water and structural assets have increased by 33 per cent to more than $143 million in the past 12 months.

The Adelaide Hills-based company announced to the ASX on Thursday it had engaged LAWD to provide an updated valuation report.

The Duxton board said the latest valuation growth was a testament to the skill and dedication of its operations team led by Bryan Goldsmith, which had improved the company’s assets.

“Despite enduring some difficult operating conditions since listing, their effort and commitment to building the core portfolio has provided an excellent platform upon which Duxton Farms can continue expanding and broadening its exposure to the Australian agricultural sector,” it said in a statement to shareholders.

Two South Australian accounting firms have merged to create a company with 65 staff across two offices in Adelaide and Port Lincoln.

The merger between Caveo Partners and InterAcct Business Consulting is effective from July 1.

Maintaining the name Caveo Partners, the merged company will have a head office in Halifax Street, Adelaide and a Port Lincoln office, previously the InterAcct headquarters.

It says the combined practice will be a strong, well-established, and capable accounting, business advisory and wealth advice practice that has been providing accounting and financial advice to businesses, business owners, professionals, and individuals since 1989.

“The merger gives us additional scale and expertise so we can further enhance the solutions we offer clients,” Caveo Partners managing director Stefan Lipkiewicz said.

The directors of InterAcct will join Caveo as directors and associates and will become an integral part of Caveo’s leadership team.

All InterAcct staff will become part of Caveo Partners, which will have a post-merger workforce of 65 staff and annual revenue of more than $9 million.

Laser technology to potentially eliminate incoming missile threats will be developed at a new University of Adelaide research centre.

The university says the centre in Adelaide will focus on further developing the latest laser technology needed to keep Australia and its allies safe from emerging military threats.

The centre will focus on research already spearheaded by Professor Miftar Ganija under the USPL program: a joint initiative by the University of Adelaide and the Department of Defence (Defence Science and Technology Group (DSTG)).

Professor Ganija holds a joint appointment in the University of Adelaide’s School of Physical Sciences and School of Electrical and Electronic Engineering (EEE).

“USPL lasers transmit pulses of high-energy light as brief as one trillionth of a second and 100 times brighter than sunlight,” said Professor Ganija.

“These lasers are much more powerful than conventional technology. When pointed at a material they can turn it into plasma without increasing the temperature of the surrounding material.”

The university says the latest generation of advanced missiles pose a significant threat to national and global security.

But it says USPL technologies have the potential to contribute to defence applications against these emerging military threats, for example as point defence as part of a sovereign integrated air and missile defence capability.

World-leading laser research and prototypes developed at CADR-USPL will have a wider impact with applications beyond defence, both in Australia and overseas, through industrial commercialisation.

“The applications for ultra-short pulsed lasers are expanding rapidly and require new technology to be on the forefront of engineering and scientific innovation,” said Professor Ganija.

“This cutting-edge technology is being used in biomedical applications such as dentistry, in materials processing and the next generation of x-ray technology.”

CADR-USPL is a five-year agreement with the Department of Defence’s Defence Science and Technology Group (DSTG) to upscale Australia’s sovereign capability.

“Working in partnership with DSTG, the University’s experts will support the Department of Defence’s priority to have access to leading-edge capabilities in the field of ultra-short pulse lasers. This technology will help to sustain the ability of the Australian Defence Force to defend the security interests of Australia and those of its allies,” said the University of Adelaide’s Professor Michael Webb, Director of the Defence and Security Institute.

“It is critical that Australia develops a sovereign USPL capability for defence applications in order to counter current and emerging military threats.” 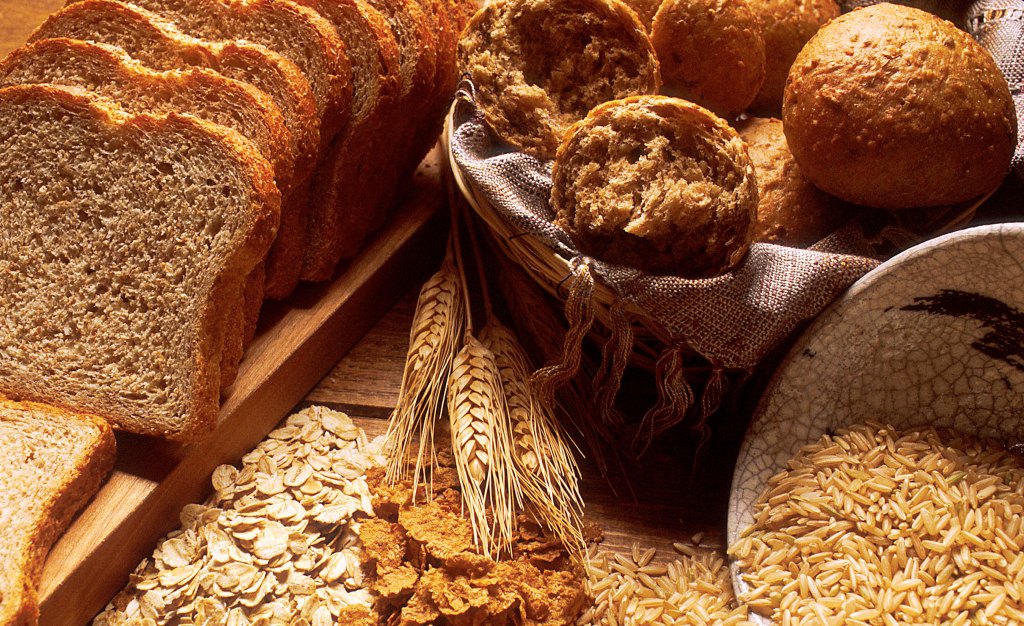 Grain and livestock producers, industry service providers and decision-makers will gather in Hahndorf next month to hear the latest in policy developments, farm business advice and commodity research.

It is the first GROWING SA conference since 2019 and the first since the COVID-19 pandemic.

Producers and industry stakeholders will be treated to a packed program of presenters speaking on sustainability and innovation from across the political, advocacy, research and production sectors when GROWING SA returns to Hahndorf next month.

Hosted by Grain Producers SA and Livestock SA, GROWING SA 2022 will feature a packed program of presenters speaking on sustainability and innovation from across the political, advocacy, research and production sectors.

The grain and livestock sectors account for half of South Australia’s primary production value with a total revenue of $7 billion in 2019-20, according to Primary Industries and Regions SA.

“Sustainability and what this means in a practical context for grain and livestock producers will be the primary focus of this year’s conference, as well as the research, development and innovation happening in this space to improve the productivity and profitability of producers,” he said.

“We know through our discussions with members that producers are grappling with the ever-increasing focus on sustainability. We hope this program will help producers better understand its broader context and what they can do on farm to be more sustainable and profitable,” he said.

The conference will be held over two days, with GPSA and Livestock SA to hold their respective AGMs on Monday, August 29 ahead of the full-day conference on August 30.

The full program is available and registrations are still open.