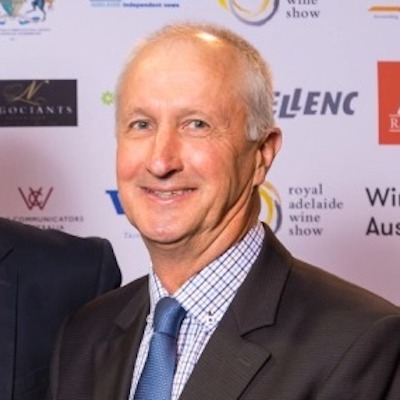 End of an era at the Showgrounds

The Royal Agricultural & Horticultural Society of South Australia is on the hunt for a new CEO after John Rothwell signalled his intention retire after 20 years at the helm.

Rothwell has been with the 182-year-old society for 27 years and initially indicated his desire to move on in 2020 but was asked to remain while the organisation navigated the pandemic.

The Society’s landmark event, the Royal Adelaide Show, is set to make its return on September 3 after a two-year hiatus.

During his time with the Society, he was appointed to the board of Agricultural Shows of Australia and the International Association of Fairs and Expositions based in the United States.

The Society has commenced a national recruitment process to appoint Rothwell’s replacement and has engaged Stillwell Management Consultants to lead the search. 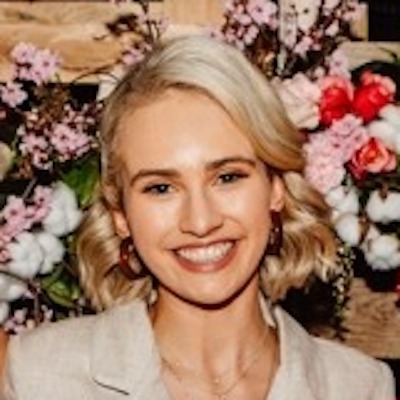 Moving on from TABOO

TABOO Period Products Co-Founder and Director Isobel Marshall has resigned after five and a half years leading the social enterprise.

The University of Adelaide medical student, who was named Young Australian of the Year in 2021 for her efforts to end period poverty, announced over the weekend that she had made the “extremely difficult” decision to move on from the company which she co-founded with high-school friend Eloise Hall in January 2017.

“Being a part of TABOO’s journey has taught me so much and been a privilege I will never take for granted,” she posted on LinkedIn.

“I can’t wait to watch TABOO thrive under Eloise’s continued leadership and wish the team all the best as they work hard contributing their skills, time and passion towards this very special business.”

Marshall added that she will “continue to be a passionate advocate for ending period poverty in this next season of life”. She is currently studying a Bachelor of Medicine and Bachelor of Surgery at the University of Adelaide.

A member of the Premier’s Council for Women, Marshall gained national acclaim for her charitable efforts through TABOO, a menstrual products company that gives all its net profits to partner charity OneGirl, which in turn supports young girls in Sierra Leone and Uganda through educational support programs. 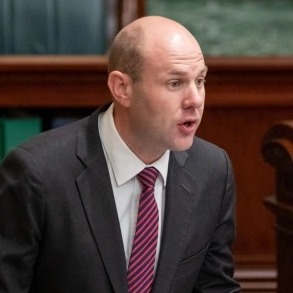 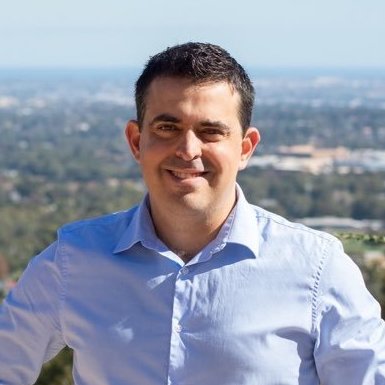 Former Independent MP Sam Duluk has gone back to his accounting roots – taking up a position as CEO of Adelaide chartered accountants H.U. Partners.

The exiled Liberal, who lost his seat Waite at the March State Election, has also taken on a political consulting role with Capetal Advisory.

Prior to his election to parliament in 2015, Duluk was a Business Banking Officer with ANZ and an Accountant with Pitcher Partners.

His new role at the H.U. Group will involve work with the firm’s NDIS subsidiaries Developing Links and Go Getter. The company is also developing a “financial products app” to help people break into the property market.

“It’s a really exciting opportunity to be back in the private sector working with South Australian businesses as well as the disability sector,” he said.

The one-term Member for Newland has a PhD in Microbiology and Immunology and was a Postdoctoral Research Officer at the University of Adelaide from 2010 to 2018.

“I have a long-standing passion for seeing cutting-edge scientific research translated into real world benefits for our community,” Harvey said.

“Artificial Intelligence and Machine Learning is an incredibly fast-growing area of innovation that will impact almost every part of our lives.

“I am thrilled to be in a policy and engagement role where I can help support work at AIML that is improving outcomes in areas as diverse as health, defence, agriculture, entertainment and engaging local SMEs to help them innovate, grow and create local jobs.” 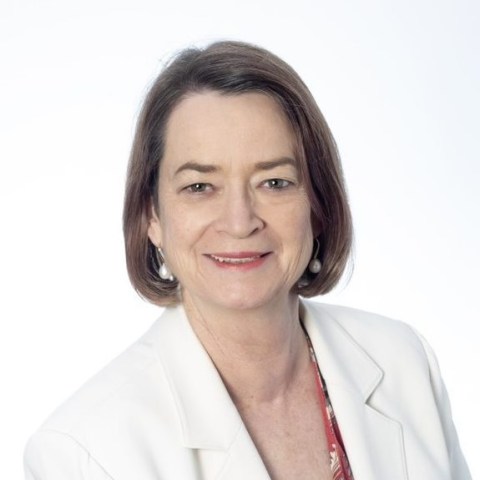 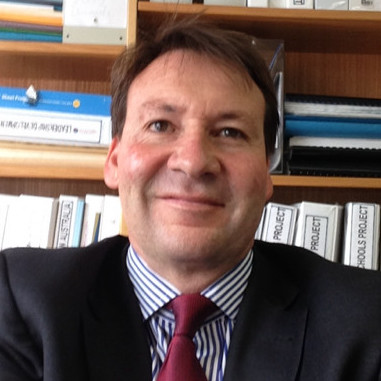 Carolyn Grantskalns, CEO of the Association of Independent Schools South Australia, has announced her retirement after 10 years in the top job.

Grantskalns will leave the association no later than February 2023. The former teacher and Wilderness School Principal of 16 years was appointed AISSA’s CEO in 2013.

She also serves on the Australian Curriculum, Assessment and Reporting Authority board and is a former Deputy Chair of the South Australian Education Standards Board.

“Carolyn has led an outstanding career of service to education, to children, young people, families, schools and staff around South Australia,” he said.

“We wish her well in retirement … I know she will find many further ways to contribute to education to South Australia in the years ahead.”

Grantskalns’s retirement was announced at AISSA’s Annual General Meeting on June 15, during which Woodcroft College Principal Shannon Warren and Concordia College Head of College Paul Weinart were elected as new board members.

Fletcher off the Water board

SA Water Chair Andrew Fletcher AO will leave the public sector role at the end of the month.

The prominent Adelaide engineer has led the utility’s board since August 2018. The State Government has commenced a search for his replacement.

Fletcher was CEO of Defence SA from 2007 to 2014 and was awarded South Australia Engineer of the Year in 2009.

He moved back into the private sector in May 2015 as CEO of Rheinmetall Defence Australia. He was also a long-time shareholder of Tinlins Wines in McLaren Vale.

Reporting to the Chief Executive of the SACE Board, the Director SACE International (SACEi) will drive the success of the SACEi program by diversifying and refining its products and services including the introduction of new products, entry into new markets and effectively managing the cost of program delivery. Applications are welcome from professionals with experience in an international education context and high level leadership and stakeholder management skills.

Working closely with the COO and broader senior management team at San Remo, this important Senior Finance position requires a CA/CPA qualified and proven finance professional with demonstrated experience in manufacturing cost accounting best practice and the financial management of enterprises with multiple entities. Preferably with experience across international jurisdictions.

Demant Group is looking for a People & Culture Director for ANZ to provide strategic and tactical leadership to drive innovation, engagement, and transformative change. This influential P&C executive role could be based in either Adelaide or Sydney, providing the opportunity to drive strategic change within a global business.

Siblings Australia is a not-for-profit organisation that exists to support siblings of people with disability. The Stakeholder Engagement Lead reports to the CEO and is responsible for the strategic planning and implementation of community and sector engagement to enhance partnerships and participation in Siblings Australia services, programs and projects. Applications are encouraged from professionals with supreme relationship building, organisational and marketing skills and a genuine affinity with Siblings Australia’s vision and values.

Trice project and development managers have an opening for a Business & Finance Manager to proactively contribute to the organisation’s strategic direction as the key internal financial advisor as well as leader of the corporate services team. Applications are encouraged from innovative, ambitious and driven professionals with CA/CPA finance qualifications and the agility to add genuine value to the business.

Pedare is a co-educational Anglican and Uniting Church day school in Golden Grove. Reporting to the Business Manager the ICT Manager is responsible for managing the ICT operations and performance, and longer term technology strategy and execution for the College. The successful candidate will have experience leading the strategic direction of the ICT function ideally for a human services business and also possess strong project management skills, technical ICT expertise and financial management experience. 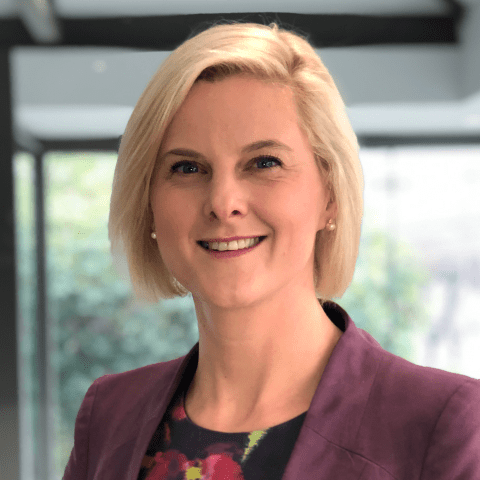 Hughes has held a number of senior roles with SA Health since joining as a pharmacist in November 2005, most recently as Statewide Director of Demand Management – tasked with decreasing ambulance ramping and hospital long-stays.

During the pandemic, she was the Southern Adelaide Local Health Network’s Executive Lead, COVID-19 programs – involved in the management of the Noarlunga mass vaccination clinic and Bedford Park drive-through testing clinic.

Her other senior roles within SALHN include Acting Chief Operating Officer and Co-Director Operations for the Rehabilitation, Aged Care and Palliative Care Division.

She said the decision to leave SA Health marked a “huge shift in my career and life” after having “dedicated my entire post-university career to date to the public health system”.

“I'm excited about what is to come with my new role and thank all the amazing people who have helped me become the clinician and person I am,” she posted on LinkedIn.

She replaces retiring COO Rosanne Collins who has been with Life Care since 2018.

Hughes is due to start on July 21. 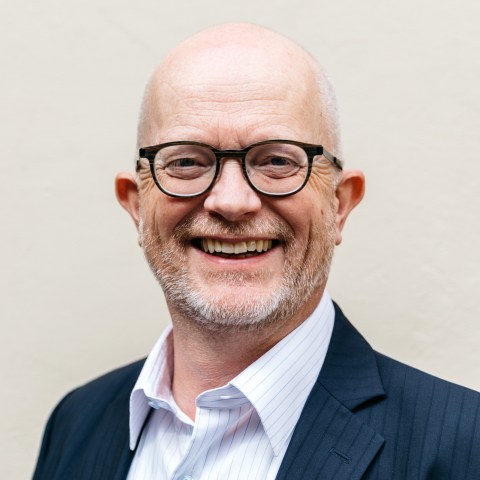 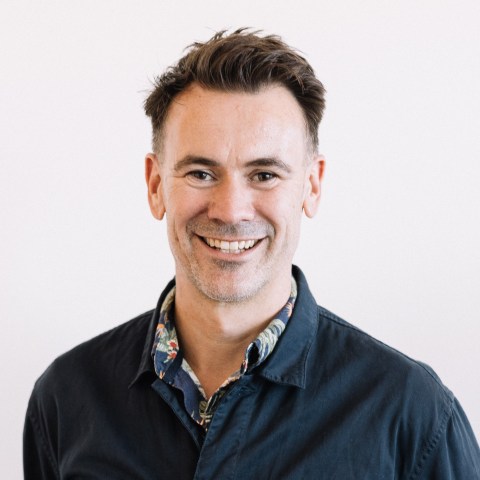 A festival of new board members

Mellink is a Partner in PwC’s Digital Transformation division in Adelaide, relocating here in 2021 after a decade with the firm in Canberra.

Educated in Rotterdam, Mellink also spent 14 years with Deloitte. He replaces Ian Scobie AM as Chair of Festival City Adelaide. 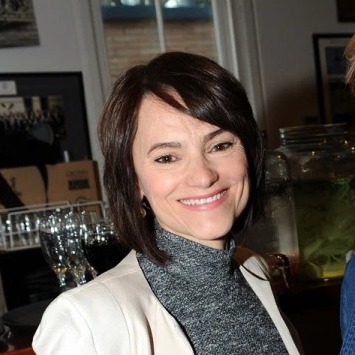 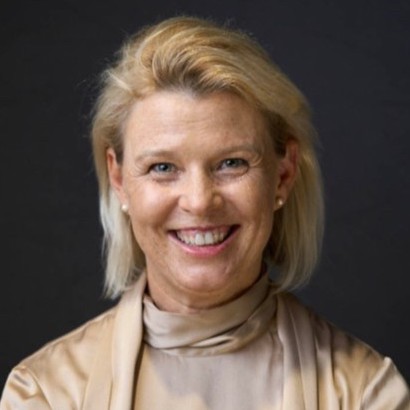 The American Chamber of Commerce in Australia has appointed former Department of Premier and Cabinet Policy Adviser Sally Neville as General Manager.

Neville joins AmCham’s Adelaide office after a brief stint as a self-employed consultant and two years advising Premier Steven Marshall and his ministry on tourism and hospitality.

Her appointment as AmCham’s SA General Manager was made possible following the departure of Rasa Buckley from the role after three years.

McLennan has been with the Greenhill Road firm since 2009 and is touted for his experience with clients in the hospitality, viticulture, medical and construction industries.

The promotion brings the number of partners at Tilbrook Rasheed to 13. 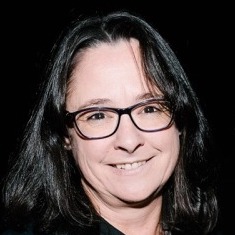 The Australian Wine Research Institute is on the hunt for a new Chair as the term of long-time board leader Louisa Rose comes to an end.

Voted ‘Australia’s Best Winemaker’ in 2014, Rose has been in the industry for more than 30 years – starting in Melbourne’s Yarra Valley before relocating to Adelaide where she would join Yalumba Family Winemakers in January 1992.

She remains with the Angaston winery 30 years later as Chief Winemaker.

Rose was first appointed to the AWRI board in 2011 and stepped up to Chair in 2014. She also has ongoing board commitments as Chair of Adelaide University’s Alumni Council and a Council Member with the Barons of Barossa winemaking fraternity.

AWRI Managing Director Mark Krstic said Rose has “provided exceptional leadership through several challenging periods and her calm and considered style will be greatly missed around the board table”.

“Her dedication to the AWRI cannot be overstated.”

AWRI has begun a recruitment process for two new non-executive directors, including one of which will commence as Acting Chair from January 2023.