In a market update to shareholders this week, the company said while unforeseen challenges in supply chains could still impact revenues and profitability, it was in a strong position.

“The Board is expecting the record FY22 first-half profit of $50 million to be matched in the second half of FY22. This will result in a record FY22 full-year profit,” the company said in the statement.

“Codan’s strategy to diversify revenues and profitability continues to deliver results, with the increased profitability of the Communications division continuing in the second half of FY22.”

The company that produces hand-held metal detectors and designs and manufactures communications systems reported a 2020-21 net profit after tax of $90.2 million.

This was driven by a more than tripling of its communications business following the key acquisitions of US businesses DTC and Zetron last year.

Communications products contributed $117.7 million to revenues for the first half, up from $33.6 million in the first half of FY21.

In its statement last week, Codan said both businesses were expected to deliver a strong second half result consistent with the first-half performance.

It said the company’s metal detection division, Minelab, is on track for its second-best year for revenue and profit, following a sales spike during the pandemic.

“While sales into Russia have ceased and consumer demand has normalised post-Covid in our recreational markets, the profit contribution from Minelab is expected to be comparable to the first half.” 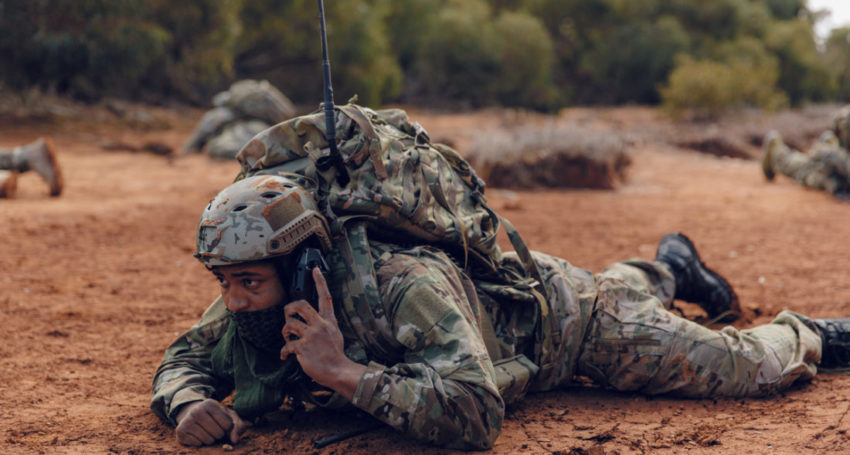 A surge in communications sales has helped drive Codan’s profits.

The exit from Russia is not the first time in recent years that global conflicts have impacted Codan’s bottom line.

Last year the company said the withdrawal of foreign troops from Afghanistan was expected to cost it millions.

“A significant portion of revenue in the Tactical Communications business is derived from spend in the military, defence and security markets in developing countries,” it said in its annual report last September.

“One of the great strengths of the Tactical Communications business has been our ability to deliver communications solutions to customers in difficult and diverse environments, one of these markets in recent years has been Afghanistan.”

Codan’s share price has risen more than 10 per cent since Monday’s announcement to $7.70 at 11am this morning.

With a market capitalisation of about $1.5 billion, Codan was ranked No.7 in InDaily’s 2021 South Australian Business Index of the state’s top 100 companies.