Under the deal, Coopers will brew Miller Genuine Draft, Miller Chill and Coors for Molson Coors at its Regency Park factory.

Coors is the ninth-largest beer brand in the world and the second-largest in the US while Miller Genuine Draft is growing rapidly globally and is sold in more than 50 countries.

“I have come to know Peter Coors and his sons personally over many years and have a deep respect for Molson Coors, its history and its craft,” he said.

“Coopers is Australia’s largest independent family-owned brewer and this year we celebrate our 160th year of brewing.

“We are excited to be entering this partnership with Molson Coors during this milestone year for our brewery.”

Coopers is marking its anniversary with 160-themed promotions planned in locations across Australia over the coming months.

Celebrations included a gala dinner in Adelaide on Friday night and the unveiling of a birthday message on the largest billboard in the southern hemisphere in Sydney this month.

Measuring 170 metres in length, the billboard advertisement is prominently located on the Glebe Island silos in Sydney Harbour and reads “Coopers – A long history needs a long billboard – 1862-now”.

Coopers worked with Adelaide advertising agencies KWP! and oOh!media on the billboard installation, which will remain on display for four weeks. 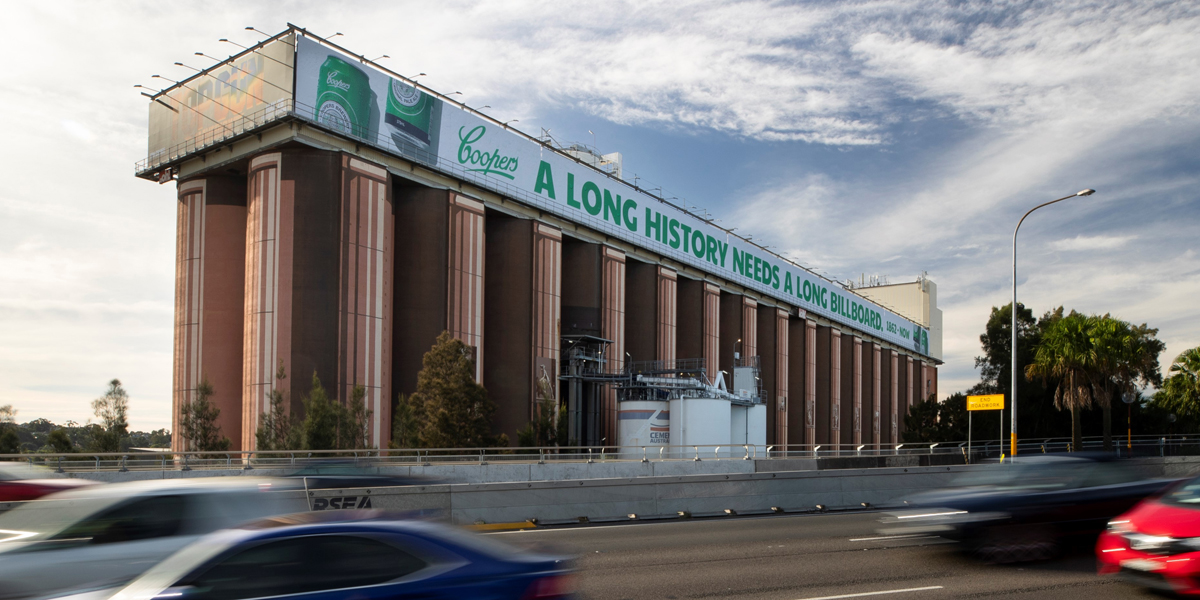 On top of the Molson Coors deal, Coopers is still contracted to manufacture several international beers under licence at its Regency Park Brewery including Carlsberg and Sapporo.

Including its Molson Canadian beer, which will continue to be imported, the deal is expected to represent about 15 million litres of beer a year.

Although the beers will be chiefly made in Adelaide, the Molson Coors brands will be distributed in Australia by listed company Good Drinks Australia.

The Perth-based company’s other brands include Gage Roads and Matso’s and Atomic Beer Project.

It also imports San Miguel beer from the Philippines and distributes it in Australia.

Good Drinks expects its distribution partnership with Molson Coors to deliver an additional $35 million to $40 million in revenue and $3 million to $4 million in earnings before interest, taxes, depreciation, and amortisation (EBITDA) each year.

The five-year contract is part of Molson Coors’ expansion plans in Australia and is set to begin on July 1 this year.

Molson Coors is listed on the New York and Canadian stock exchanges and claims to be the world’s fifth-largest brewer.

Good Drinks Australia managing director John Hoedemaker said the partnership was a game-changer for the business and delivered a step-change increase in revenue and earnings.

“Molson Coors has a strong and vibrant brand portfolio with a significant following in Australia, a deep history in the USA and is a truly global business,” he said.

“The decision by Molson Coors to partner with Good Drinks Australia is a further vote in confidence in our national sales and marketing team and our capabilities to grow brands in the Australian beer market.”