The site is adjacent to TWE’s Wolf Blass Visitor Centre and also houses the company’s largest bottling operation, packaging up to 216 million bottles per year, operating four bottling lines, and exporting to more than 70 countries.

Announced in 2019, the expansion of the Wolf Blass Bilyara site has increased the company’s premium winemaking capacity by one-third and expands TWE’s storage capacity.

TWE says the site now employs about 400 permanent team members and up to 600 during peak vintage periods.

In February, the company reported a half-year profit of $109 million despite a 10 per cent dip in earnings.

However, TWE’s premiumisation push allowed it to increase its net sales revenue per case by 16 per cent to $95.60. More than 80 per cent of revenue is now generated by its premium and luxury portfolios. 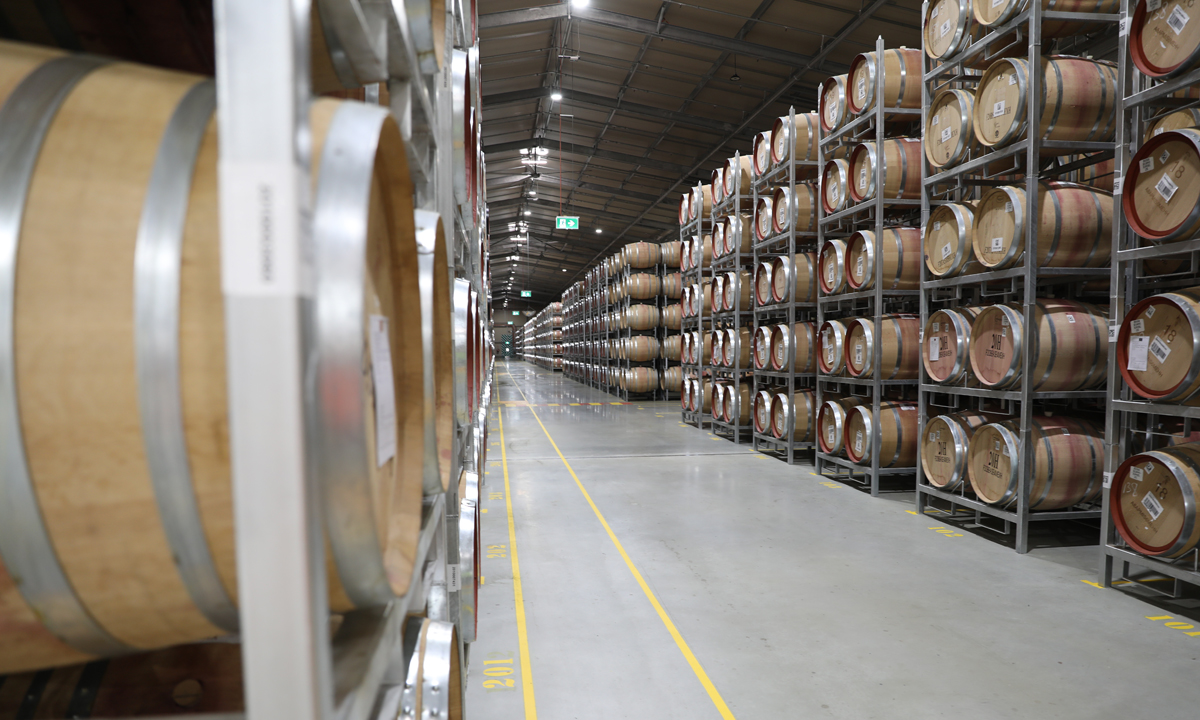 Inside TWE’s new barrel storage facility, which is part of its $165 Nuriootpa expansion.

The company was subject to China tariffs of 175.6 per cent slapped on its wine in late November 2020, which are in place for at least another four years.

This prompted TWE to split the company into three divisions – Penfolds, Treasury Premium Brands and Treasury Americas from July 1.

“It’s a proud moment to unveil our new Barossa wine production facility, which has been two and a half years in the making through the challenges of the pandemic,” he said.

“The new site is purpose-built for premium winemaking with the flexibility to scale up or down production depending on demand, which is crucial given the ebbs and flows of wine production.” 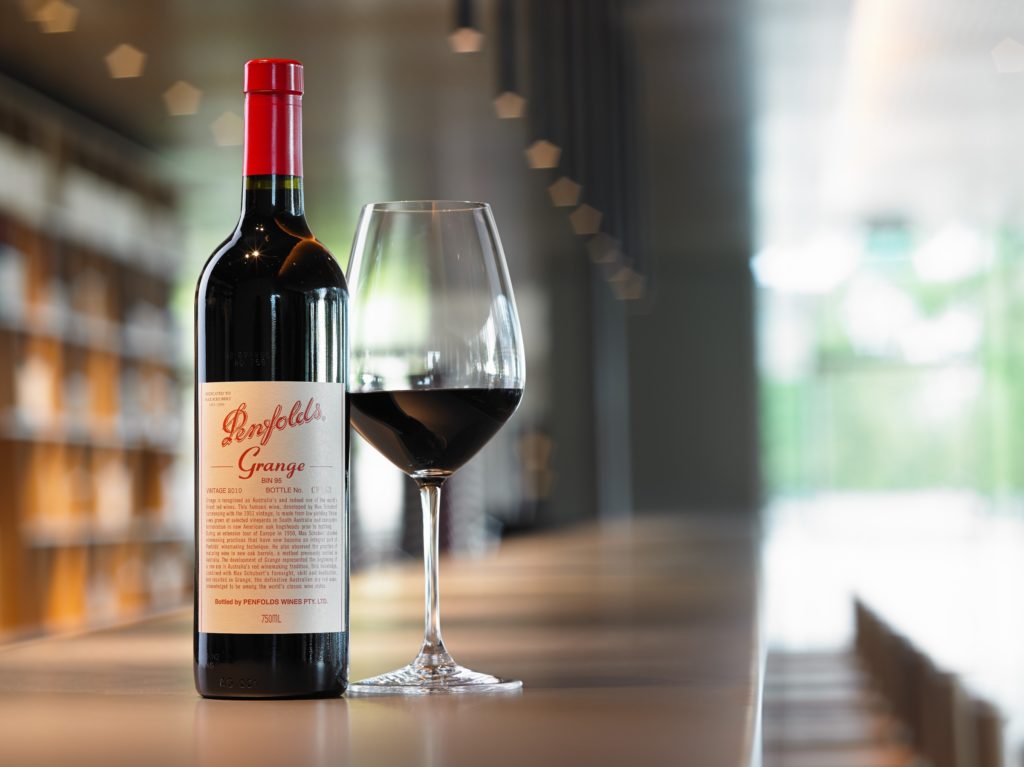 Petty said the project moved the company closer to its environmental goals.

“As our first step toward our target of being powered 100 per cent by renewable energy by 2024, we are installing solar panels to offset 22 per cent of the site’s energy consumption from the grid,” he said.

“We have also installed a purpose-built 254 megalitre dam to store treated water waste in winter and irrigate our vineyards in summer.”

The production boost follows a conscious move by TWE to shift its focus from China to the United States.

In November, TWE announced a deal to buy luxury Californian wine business Frank Family Vineyards for $432 million as part of its renewed premium focus in the United States.

The company has also expanded global sales of its 19 Crimes brand, a favourite in North America, to more than five million 9-litre cases a year.

It also last year divested several US brands, which generated cash proceeds of about $300 million.

TWE’s share price was up slightly this morning to $11.08, giving it a market capitalisation of about $8 billion.