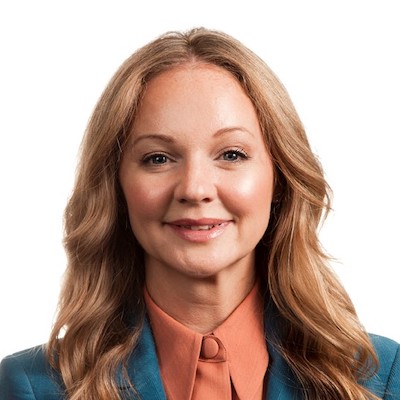 Murphy is the second executive to move over from ECH to Minda this year following Dr David Painter’s appointment as Minda CEO in January.

Painter said the new CFO would have a “critical influence” in Minda’s “transformation” and credited Murphy for reshaping ECH from a “traditional” aged care provider into an “innovative leader”.

“Minda is a complex business in a complex environment, and Hannah’s focus will be on how we can best invest in our workforce, have fit-for-purpose systems and processes in place, and transform our operating model to ensure we remain competitive and relevant,” he said.

She started her career with ECH in 2005 before moving over to the public sector for a short stint with Shared Services SA.

In her most recent role as ECH’s General Manager of Corporate Services, she has had responsibility for marketing, ICT, finance, people and culture, and the organisation's “digital transformation office”. 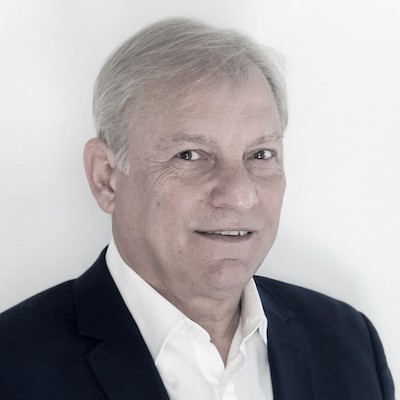 Approaching more than 45 years in the world of business, Bayer’s career started in management with Australian industrial company CSR Limited in 1978.

He has since gone on to hold a number of executive roles with high profile pharmaceutical companies, including Executive General Manager at Faulding Pharmaceuticals and Mayne Pharma and most recently Executive Chairman of London Stock Exchange-listed firm Innovaderma Plc.

He joins Aucentra, based at UniSA’s Bradley Building on North Terrace, after eight years as Founder and Director of Cygenta Capital and Advisory.

“His appointment as CEO will help Aucentra to realise its potential and progress towards the commercialisation of our pipeline drug programs,” she said. 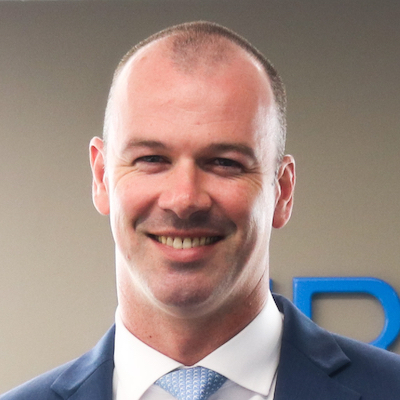 Bond University Associate Professor Gary Bowman has been appointed MBA Director at the University of Adelaide.

Bowman held the equivalent position in the latter half of his seven-year stint with Bond University on the Gold Coast, where he was also Assistant Professor of Global Strategy.

He obtained a PhD in strategic management from the University of St Andrews in Scotland and spent four years as a Postdoctoral Research Associate at the University of Cambridge researching the socio-economic impact of natural disasters.

Bowman is also the Co-Founder of the Freddy Bear Foundation, which algorithmically matches volunteers with charities, and is a Director with risk analytics company Imrie Analytics.

Adelaide University Dean of Business Professor Noel Lindsay said the institution was “thrilled” to have Bowman leading the MBA program.

“It was vital we found a Director who values the importance of this position and who could add even further expertise to our program,” he said.

“Gary’s wealth of experience makes him the perfect person to guide students through the joys and complexities of the future business landscape. We’re thrilled to have him on board.” 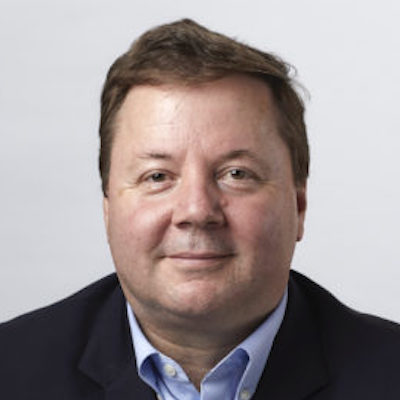 Outgoing Stadium Management Authority CEO Andrew Daniels has been appointed Chair of the new South Australian Motorsport Board, tasked with bringing back the Adelaide 500 this year.

Premier Peter Malinauskas announced the appointment over the weekend proclaiming he has “every confidence Andrew Daniels will help deliver a world-class event for South Australians this December”.

Daniels, who is also Chair of the Adelaide Symphony Orchestra, will now lead the search for a new SAMB CEO – a position he held from 1998 to 2008.

His career in events administration has also included an eight-year stint as Deputy Executive Director of the Australian Formula One Grand Prix Board when the event was held in Adelaide and a year as General Manager at Australian Major Events.

Prior to taking the helm of Adelaide Oval in 2012, he spent close to four years as CEO of the Motor Accident Commission.

Daniels announced in October last year he would be stepping down as CEO of Adelaide Oval in May 2022. Victorian racing industry executive Nick Addison has been appointed as his replacement. 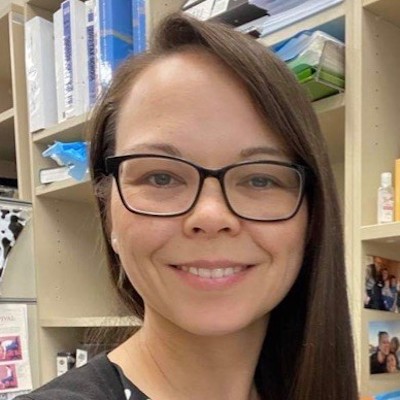 Claire Barber, who has spent more than two decades working for one accounting firm, is making a career move to Bartley Partners.

Barber has been with Dewings Pty Ltd since 2000 and finished up with the Eastwood firm in February.

She has been appointed Senior Accountant at Bartley Partners as part of their client service team.

“Claire Barber is the third new staff member we have employed this year as a result of increased demand for specialist business accountancy services,” he said.

The Central Adelaide Waste and Recycling Authority (CAWRA) is looking for its inaugural Chief Executive Officer. Reporting to the Chair of CAWRA, the CEO is accountable for providing strategic, financial and operational leadership for the expanding Authority. While not necessary, experience in waste or a process production environment will also be well regarded.

The opportunity exists for two experienced governance professionals with a commercial brain and a social heart to join the skills-based Board of Directors of the Australia Medic Alert Foundation (AMAF). Applicants need skills in digital literacy, marketing and brand management, strategic planning and change management. Working knowledge of the Australian health sector will be an advantage.

Siblings Australia is a not-for-profit organisation that exists to support siblings of people with disability. The opportunity exists to appoint two voluntary Board Members to join the highly experienced, skills-based Board of Directors. Applications are encouraged from both experienced and emerging governance professionals from a marketing, fundraising, finance, governance, risk management or leadership background. Applications are also strongly encouraged from individuals with a family experience of disability.

St Peter’s Girls is looking for a Director of Teaching and Learning (Years 7-12). The successful applicant will be an accomplished educator who will teach a load of 0.2 FTE in their chosen subject. The appointee will also directly lead the Heads of Department along with Coordinators for SACE, IBDP, Learning Strategies, Gifted and Talented Education, EAL/D and Library and Information Services. An attractive salary package commensurate with qualifications and experience is offered.

Multi-Color Corporation (MCC) is one of the world’s largest and most awarded label printers. Continued growth now sees the opportunity for an IT savvy HR/Payroll professional to take carriage of the expanding HR software (Ceridian) environment. The successful candidate will have the ability to act as a key business partner working collaboratively across all business units, along with the ability to articulate technical information to non-IT professionals.

After more than 12 years of exemplary leadership and service, Chris Linden is stepping down as General Manager of the Vine Inn Barossa. The new GM will be someone who can formulate the overall business strategy and position the facility for continued success. Applications are encouraged from experienced, commercially astute professionals with appropriate tertiary qualifications. Experience in hospitality will be a distinct advantage. 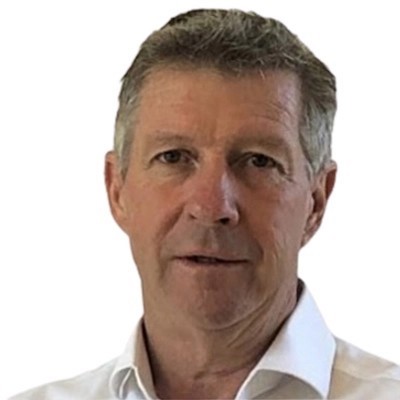 The South Australian mining company says the hire will add depth to their executive team as they near a final investment decision on their flagship Hillside Copper-Gold Project on Yorke Peninsula.

Bird is experienced in both mining and equities and has led two companies over the last decade.

He was the CEO of Asiamet Resources in Melbourne from 2017 to 2020, which came after a four-year stint as Managing Director of mining company Heemskirk Consolidated.

His time in finance was spent as Vice President Analyst of Gold with Merril Lynch Equities.

Rex Minerals Managing Director Richard Laufmann said further key appointments will be made as the company builds its expertise for the Copper-Gold Project.

“He will add significant depth and experience to the Executive team especially given his background as a resource company CEO, Chairman and Executive team member,” he said. 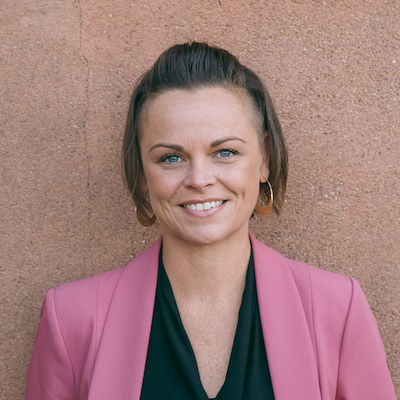 “Genevieve has real-life experience across the industry as a successful restaurateur who has worked globally,” he said.

“The combination of Genevieve and Emma McCaskill is a powerful one for nurturing the future of hospitality in South Australia.”

Across close to two decades in the industry, Liston has worked in Adelaide, Melbourne and Shanghai in senior events and marketing roles.

She was an Executive Assistant to celebrity chef Shane Delia and Director of Northern Light Bar and Eatery in Melbourne prior to her 2017 move to Coriole Vineyards in McLaren Vale.