US partnership boost for Silentium

Silentium’s unique passive radar technology can be integrated with a novel antenna design and small satellite technology, to improve the quality and cost efficiency of earth observations from low-earth-orbit.

If successful, the world-first trial will enable faster, higher quality and more informed object, trend and environment tracking from space.

Core Lithium boss to leave as Finniss mine opens

Core Lithium managing director Stephen Biggins will retire from the role before the end of 2022.

The company, which is aiming to become Australia’s next lithium producer, is set to begin production at its Finniss lithium mine near Darwin later this year.

Biggins has been with the company since its foundation in 2010 and said he was retiring for personal reasons.

“After nearly 12 years with Core, I am proud of the contribution I have made to the discovery and development of the Finniss Lithium Project and growing the Company to become Australia’s next lithium producer,” he said in a statement to the ASX on Friday.

“Our transformation from explorer to producer is progressing to plan, the financial performance is strong, and at the Finniss Lithium Project, we have built a platform for sustainable growth for many years to come.

“Core is in perfect position to reach its next stage of growth as a lithium producer, and I feel it is the right time to step down as Managing Director and pass the torch on to the right person to lead Core in this next stage.”

Adelaide-based Core Lithium enjoyed a 250 per cent spike in its share price last year after committing to building the lithium mine and processing plant in the Northern Territory and signing a contract with a key supplier to electric carmaker Tesla.

Biggins oversaw the initial ASX listing of Core, brought extensive geological and listed Company and capital markets experience, and was instrumental in discovering and developing the Finniss Lithium Project.

The Board has appointed Korn Ferry to commence a thorough and competitive executive search for a new Chief Executive Officer. 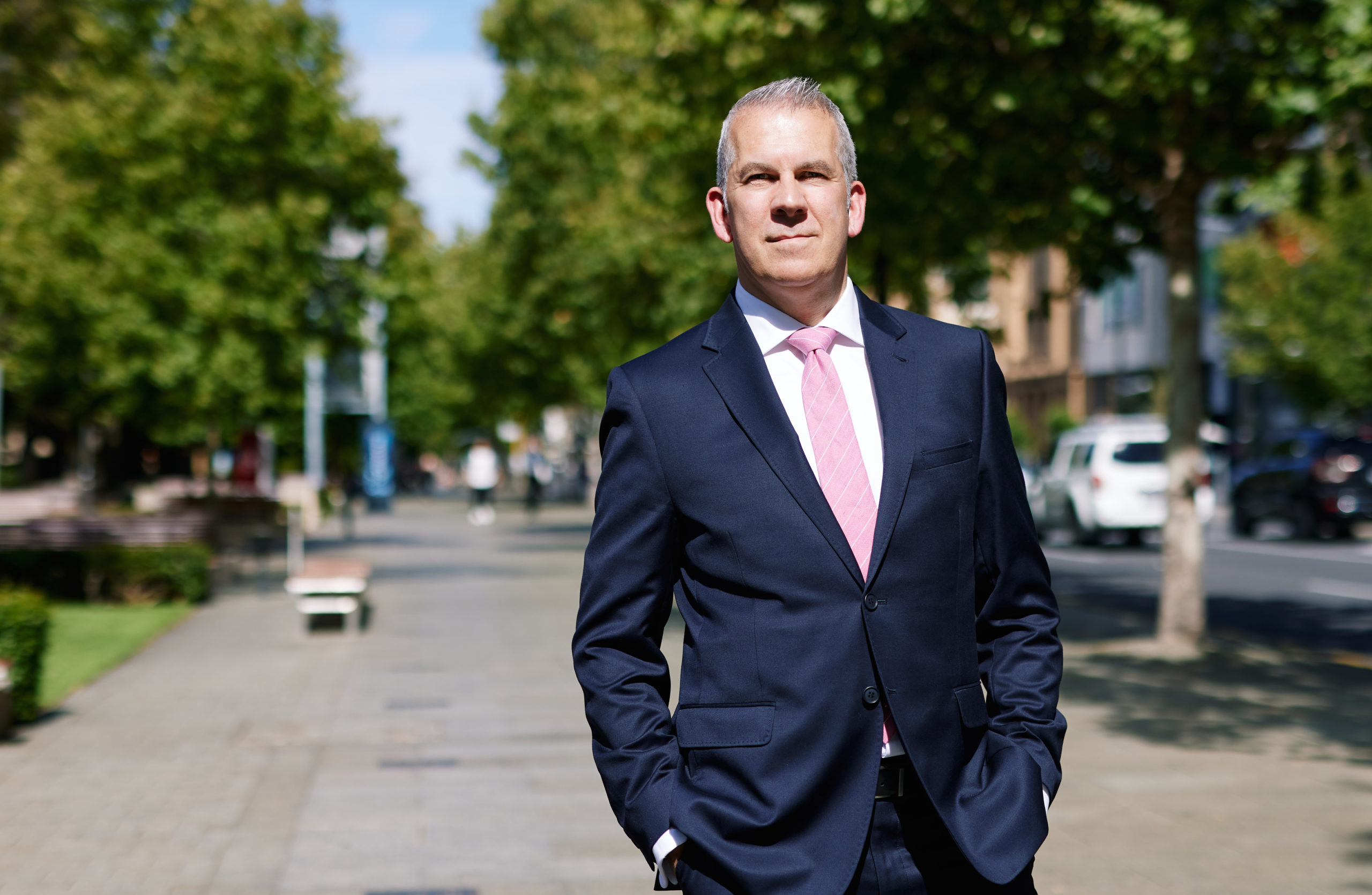 Hundreds of real estate agents are expected to flock to the Adelaide Convention Centre in May when the Real Estate Institute of South Australia hosts its inaugural industry conference.

REI-CON SA will include plenary sessions, a trade show and breakout sessions for industry professionals on May 19 and 20.

The two-day event aims to keep South Australia up to date with the most innovative, ethical and engaging content to further develop SA’s real estate industry during one of the only remaining housing booms in Australia.

It is also targeting students and trainees looking to enter the industry with discounted ticket prices.

REISA CEO Barry Money said the event would have a focus on innovation and property technology.

“We are bringing some of the best speakers, educators and coaches in the real estate industry to Adelaide, to our own homegrown industry conference, so that everyone gets access,” he said.

Cannard is the inaugural Program Director at the Australian Remote Operations for Space and Earth (AROSE) and Industry Director at SmartSat CRC.

She was honoured at the March 24 awards in Sydney.

Cannard has been central in establishing AROSE which has grown to 13 members and become one of the premier organisations promoting and growing space capabilities in Australia.

During her career, Cannard has received strong support from former Nova director and NASA astronaut Colonel (rtd) Pamela Melroy, who is current Deputy Director of NASA.

Melroy described Dr Cannard as having “unlimited potential as a leader and truly deserving of this recognition”.

Cannard said it was vitally important to have diverse role models across all sectors and to heighten the visibility of women in leadership positions.

“This will break down the barriers and inspire the next generation of women to attain the highest levels of achievement and realise their full potential,” she said.

Cannard’s team at AROSE is currently developing an Australian-designed rover vehicle for Lunar Foundational Services with the aim of supporting international partner agencies including NASA. She is leading a feasibility study to identify organisations that can provide Australian technology and capability to support this national mission. 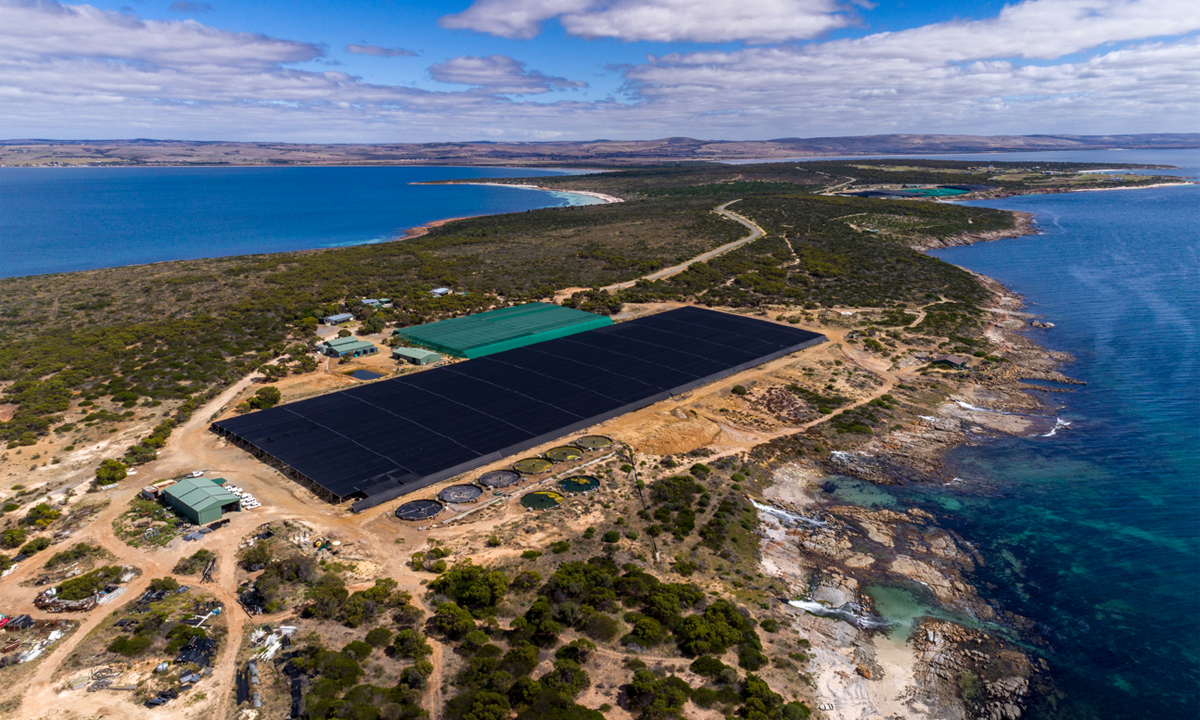 Yumbah is Australia’s largest abalone farmer and produces green lip abalone from sites at Port Lincoln and Kangaroo Island. It also produces abalone, oysters and mussels in Tasmania and Victoria.

It received ASC certification for its four land-based abalone farms across Australia in October 2021.

Yumbah Chief Executive Officer David Wood said the award served as confirmation of the company’s commitment to sustainability and community.

“Every day we are evaluating our farming environment and processes to ensure we are responsibly farming for today, tomorrow and the next generation to come,” he said.

“We know what we produce will serve as a vital food source in the years ahead and are committed to constantly ensuring we are improving the quality and sustainability of our produce.”

The nation’s largest Australian-owned and operated book retailer QBD Books has opened its biggest store to date in Rundle Mall.

The store, which opened on Friday includes 300sq m of books on one level, a range of educational books and games plus a diverse range of Australian Geographic products.

In spite of the challenges over the past few years linked to COVID including lockdowns and supply and delivery delays, QBD Books says it is investing heavily in the South Australian market.

“We are thrilled to be opening this store in Adelaide and provide locals with the opportunity to obtain advice in person from our highly trained customer service team,” said CEO Nick Croydon.

Croydon is himself a children’s author of books and understands the importance of working closely with authors.

Local writers attended the opening on Friday including Fiona McIntosh, known for ‘The Champagne War’ and other titles such as ‘The Spy’s Wife.’

Multiple award-winner Tricia Stringer, author of ‘Birds of a Feather’ and ‘The Family Inheritance’, Victoria Purman, well-known author of “The Nurses’ War” and ‘Land Girls’ and well-known radio personality and writer Bob Byrne were also in attendance.

Founded in the late 1800s, QBD Books is Australia’s largest Australian owned and operated book retailer with 82 stores in major shopping centres Australia wide as well as an online store.