Miner Oz Minerals has partnered with Janus Electric and Qube for a 12-month trial to use the world’s biggest electric truck for long-distance haulage in Outback SA.

As part of the Vision Electric trial, a battery recharging and replacement station will be set up in Port Augusta from May with construction due for completion in August.

It recently announced a strategy to drastically reduce emissions, which the Vision Electric project is part of.

OZ Minerals CEO  managing director Andrew Cole said Vision Electric was an example of how the company is working with proponents from within and outside the mining industry to find better ways of doing things.

“OZ Minerals has aspirations to emit zero Scope 1 emissions and strive to systematically reduce Scope 2 & 3 emissions across our value chain; to work closely with our stakeholders to create mutual value by building each other’s capability and capacity; and to deliver the activities along our value chain to enable our local stakeholder aspirations for generations to come,” he said. 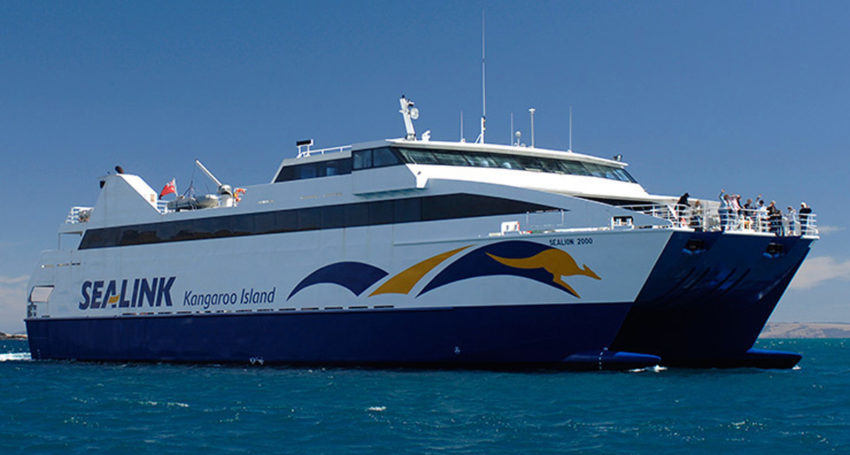 Adelaide-based Kelsian Group has signed a multi-year, multi-million-dollar contract with Macquarie Telecom to support its drive to expand with a simplified, robust cloud and telecoms network.

Under the deal, Kelsian will switch the majority of the group’s mobile services held primarily by a major telco and Singapore-based cloud services company to Macquarie’s network.

“In a transformative merger like we had with Kelsian Group and Transit Systems, there’s a lot of going back to the drawing board to ensure supply partners are equipped to service the new structure,” he said.

“Macquarie Telecom really had to justify its position in the new Kelsian Group and ultimately Macquarie’s efficiency and customer service made all the difference.”

The new agreement provides additional cloud services, including engaging Macquarie’s Azure expertise to help manage Australian workloads, the migration of a Singapore-based production environment and the critical applications that manage the core operations for our people and bus networks.

“The team has become an extension of our own, and is helping to educate our IT personnel, particularly in Azure skills, which are in high demand,” said Benson.

Gupta to speak at AmCham lunch 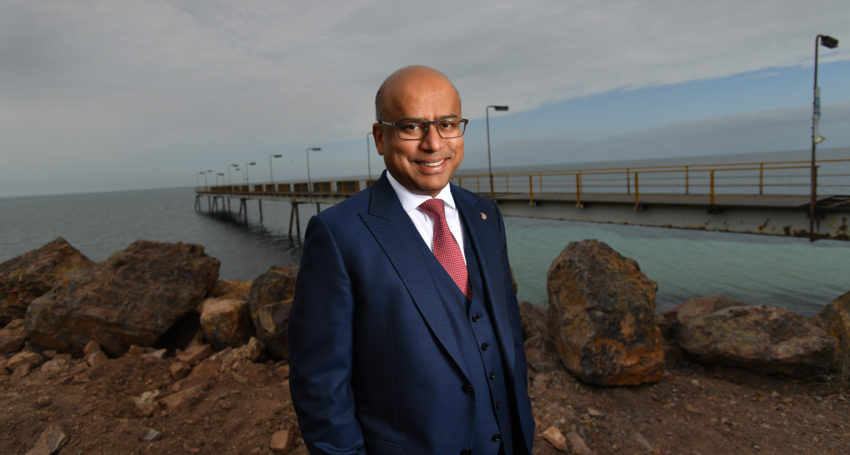 The American Chamber of Commerce in Australia will host billionaire industrialist Sanjeev Gupta at an Adelaide Oval business lunch next month.

AmCham says Australia’s sovereign industry capability and national economic security depend on modernising and transforming manufacturing processes by harnessing renewable energy to create a sustainable future for industry and society.

GFG owns the Whyalla steelworks, which has the long-term goal of producing green steel in South Australia.

Gupta was hailed a saviour of the Whyalla business and town after former steelworks owner Arrium went into administration and he took it over in 2017, vowing to improve and expand the operation.

The Adelaide-based company says it will also support its rapid business growth, which saw it expand its team to more than 50 staff in 2021.

Comunet CEO Alexei Fei said the competency was a “significant achievement” for the company and made it one of only a handful of Australian-based consulting firms with this status.

“It is recognition of the work Comunet has been doing in this space over the last six years to continue to develop our AWS capability and will enable us to deliver even more value to our clients,” he said.

“The AWS Migration Competency fully qualifies us to provide AWS cloud migration services, including enterprise services, to even larger clients, both here in South Australia and interstate.”

Established in 1995, Comunet works with several large organisations including the City of Charles Sturt and AnglicareSA.

“For our clients, it validates our AWS capability, and sets out a very clear and structured engagement approach with a catalogue of deliverable artefacts,” Fei said.

“It also means our clients get the best of both worlds: they can work with a local, trusted provider, and harness the power and reliability of one of the world’s most comprehensive and broadly adopted cloud providers.” 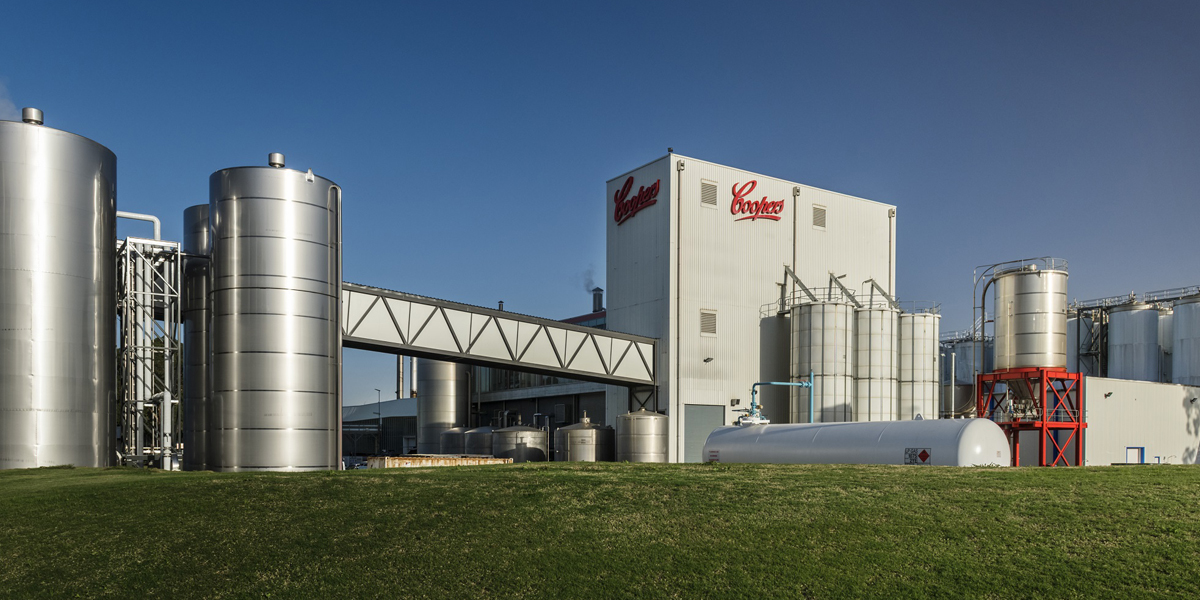 The limited-edition release Coopers Regency Park Red Ale, which has an ABV of 5.5 per cent, will be available in kegs and 375ml can format from late March.

Managing Director and Chief Brewer Dr Tim Cooper said the new beer was a nod to the brewery’s current location and was the perfect addition to its portfolio in this milestone year.

He said it had been carefully brewed to offer a twist on the classic Red Ale style which originates from Ireland.

“Coopers has been crafting traditional ales since 1862, when Thomas Cooper began brewing with the exclusive use of malt and hops in his brews,” Dr Cooper said.

“Now, in 2022, we’re pleased to expand our portfolio with the limited-edition Regency Park Red Ale to mark the special occasion of our 160th birthday.”

The Red Ale is the latest addition to the brewery’s growing portfolio of craft style beers and follows the release of Australian IPA in 2021 and Hazy IPA in 2020.

Independent retirement living provider ECH has formally partnered with smart clothing brand Goldilocks and The University of Adelaide to develop a range of smart garments that will support older people to remain living independently in their own home.

The three SA organisations joined forces to secure funding through the South Australian Innovation Challenge, which aims to create new solutions that propel the health, aged care and disability sectors.

Goldilocks originally developed a smart suit to measure the vital signs of babies and launched its first suits to market last year with the first batch selling out within weeks.

The garment presents like a bodysuit baby singlet with sensors screen printed on it that detect motion, activity and temperature.

The sensors connect to a low-energy Bluetooth module that sits in a pocket on the tummy of the suit and connects to a mobile phone app, which passes the data through machine learning algorithms to predict what state your baby is in and also looks at temperature and breathing.

Now, working collaboratively with ECH and University of Adelaide, the three organisations are looking at ways to design a similar product for older people, using cutting-edge technology.

ECH Board Chair Rosina Hislop said the partnership would allow the group to build on the current knowledge and adapt the technology to meet the needs of older people.

“Our aim is to develop a product based on market research that will measure skin temperature, breathing and even location to build a personalised view of an individual’s habits. This provides reassurance that daily routines are being undertaken, providing peace of mind for our clients and their support network.”

Goldilocks founder Shem Richards said the partnership had the potential to transform the health, retirement living and aged care industries.

“By using this specialised technology, we are empowering older people to remain living independently at home, without their support network worrying. The wellbeing of individuals is truly our passion at Goldilocks,” he said.

The University of Adelaide’s ThincLab will also be heavily involved in the project, conducting market research to identify solutions that will form part of the build process.