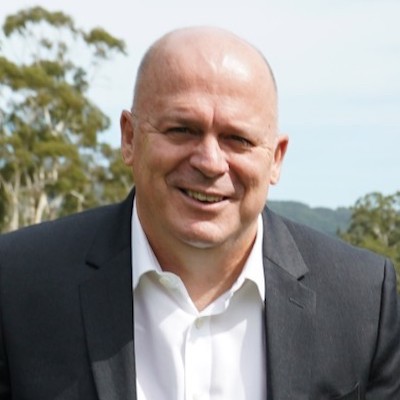 Long-time RAA Managing Director and CEO Ian Stone has announced he’s stepping down from the automotive body after 15 years at the wheel.

Stone was first elevated to the role in August 2007 after three years as General Manager of RAA Insurance. Prior to that, he was a global executive with Insurance Australia Group and CEO of the former Motor Accident Commission.

He will leave the RAA on August 1 – exactly 15 years since he was appointed to the role – and will transition into a new phase of his career focused on non-executive roles.

RAA President Peter Siebels said Stone had overseen a 26 per cent jump in membership during his time leading the membership organisation.

“Working with the board, Ian has laid the foundation for current and future success in RAA’s motor home and travel businesses, established RAA’s innovation capability and new sustainable commercial ventures and is a strong advocate for members and the community,” Siebels said.

“In his role, Ian represents South Australia on five boards nationally and internationally so his wider contribution to the industry must also be acknowledge and applauded.”

Siebels said a recruitment process was underway for Stone’s successor. 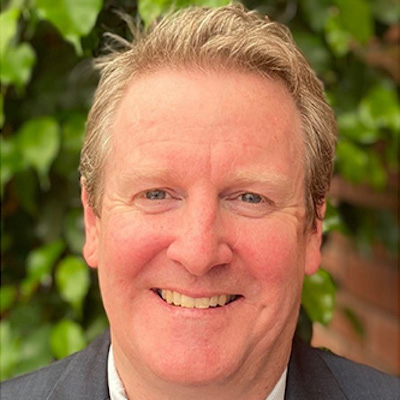 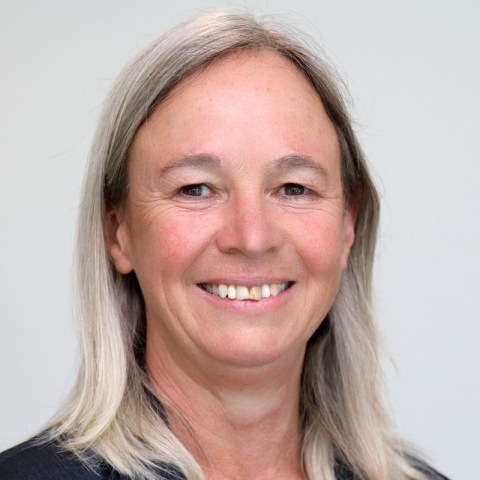 Bradley Slape has been appointed the 23rd Surveyor General of South Australia, while Margaret Smith is moving from Perth to Adelaide to take on the role of Director, State Assessment.

Slape, whose appointment sees him follow in the footsteps of Colonel William Light and Captain Charles Sturt, has been working in the Surveyor General’s office for the past nine years under Michael Burdett, who has held the role since 2012.

Touted for his strong focus on “cadastral integrity” and regulatory compliance, Slape is also South Australia’s representative on the National Intergovernmental Committee on Surveying and Mapping where he is involved in several national reform programs.

Meanwhile, Smith has been appointed Director, State Assessment at Plan SA after close to 30 years as a senior planner in Perth.

Smith currently holds an equivalent role within the Western Australian Department of Planning, Lands and Heritage. Prior to that, she spent more than 21 years with the City of Perth.

She is due to start with Plan SA in April and will take over from Acting Director of State Assessment Robert Kleeman.

The Planning and Land Use Services Agency has also announced the appointment of Transport Department Manager Greg Van Gaans as Director, Land and Built Environment. 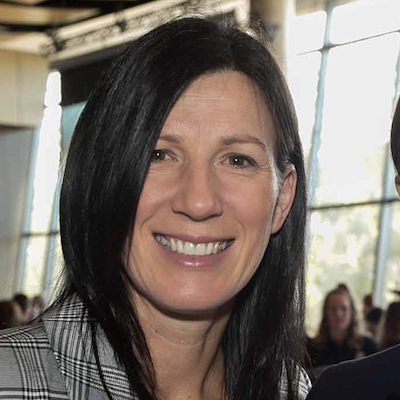 The long-time Adelaide Lighting star and three-time Australian Opals medallist will join the Power after three years with Sport Integrity Australia as a Clean Sport Educator.

She also holds an outreach role with the Australian Olympic Committee and is an NBL commentator with the ABC in Adelaide. Her post-basketball career has also included a stint as CEO of the Australian Melanoma Research Foundation.

Her upcoming role in Port Adelaide’s fledgling women’s program will see her responsible for operations matters and overseeing the “logistics of the playing and coaching group”, the club says.

Port Adelaide’s recently appointed Head of AFLW Juliet Haslam said Sporn’s leadership skills and “understanding of what it takes to succeed in an elite sporting environment” would be an asset to the Power’s AFLW program.

“Rachael has a strong professional and business background to add to her incredible sporting resume, where she is widely regarded as one of South Australia’s and Australia’s most talented athletes,” Haslam

“With our inaugural playing group to take the park in just over nine months, Rachael will be a welcome addition to our team with the planning and preparation phase for our AFLW program in full swing.”

Sporn is due to commence in her role in late March. 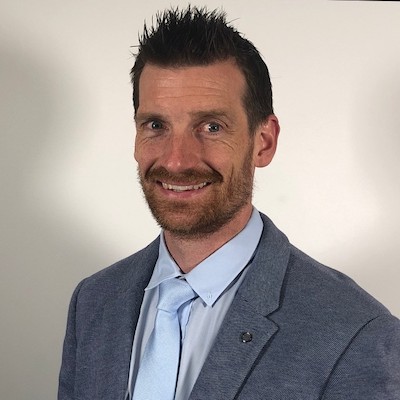 A long-time public servant, Cartland has spent the bulk of his career with SA Police in various senior roles including Project Manager of Criminal Justice Reform and Manager of Internal Investigations.

He was appointed by SAPOL to manage the state’s medi-hotel program in April 2020 before moving to SA Health six months later as Deputy Agency Security Executive – responsible for public and private security within the state’s quarantine facilities.

He was promoted to Executive Director of the medi-hotel program in December 2020, reporting directly to the Chief Public Health Officer, and most recently held the role of Director of Corporate and Business Operations within the Department of Health and Wellbeing.

EPA CEO Tony Circelli said Cartland was selected after a national recruitment process and would be “leading reforms of strategic significance that continue to build confidence and trust” within the agency.

Cartland is also the Deputy Chair of the Northern Areas Community and Youth Services board, which he has sat on since 2014.

With a turnover of around $10m and circa 50 staff and contractors, Kilic Engineering is a diverse mechanical engineering company bringing an innovative approach to material handling across a variety of industries. This family-owned South Australian business is a serious player in the SA market and beyond. Two newly created opportunities have become available. First is to appoint a highly accomplished individual in the position of Project Delivery Manager reporting directly to the General Manager. Industry credibility and an established network of contacts along with the ability to manage a team of up to forty people through execution of customer manufacturing projects is essential. Kilic is also looking for a highly accomplished engineer for the position of Engineering Design Manager reporting directly to the General Manager. Thorough knowledge of computer-aided design systems and proficiency in the use of Autodesk Inventor is ideal along with demonstrated skills in dealing with challenges and the pragmatic hands-on resolution of problems arising through the fabrication and commissioning stages.

Established in 1977, the South Australian Tertiary Admissions Centre (SATAC) is a not-for-profit company that manages the majority of admissions for university and TAFE courses in SA and NT, along with the provision of associated services. SATAC now seeks an experienced Board Member to join and add strategic value to the entity. Applications are encouraged from suitably qualified individuals who have ideally graduated from the AICD Company Directors Course. A background in finance, accounting, business, enterprise technology, governance and growth will be highly regarded. The ability to chair the Finance, Risk & Audit Sub Committee will also be well regarded. This is a remunerated governance role.

Ninti One Limited (Ninti) works with communities and relevant agencies to achieve social and economic development outcomes with Aboriginal and/or Torres Strait Islander peoples.. Ninti has offices in Adelaide and Alice Springs and staff and associates based in other States and Territories. Reporting to and working closely with the Senior Project Manager, this newly created Project Manager role will be responsible for managing multiple projects, ensuring that projects meet quality and strategic goals and are completed on time and on budget. The ideal candidate will have strong cross-cultural skills, excellent project management, administrative and communication abilities and the capacity to work collaboratively with a diverse range of stakeholders. Previous experience engaging across multiple levels of government will be well regarded, as will an understanding of the cultural, political, economic and social issues affecting Aboriginal and Torres Strait Islander peoples. Aboriginal and Torres Strait Islander people are strongly encouraged to apply. 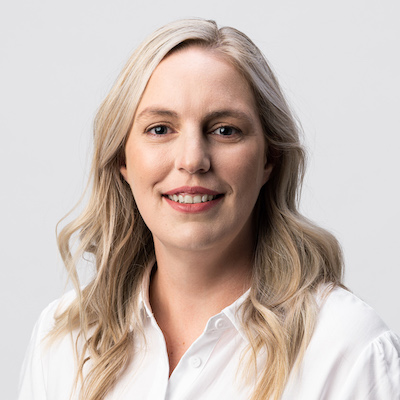 Spendless Shoes General Manager of Operations Jaimee Charlton has been appointed to the board of the Adelaide Economic Development Agency.

Charlton fills a key gap for AEDA after a recent KPMG report handed to the council subsidiary highlighted a lack of “contemporary retail knowledge” on the board despite their primary focus being the development of Rundle Mall.

In her current role, Charlton oversees more than 220 stores and 1000 employees across the country, according to AEDA.

She has been with Spendless Shoes since 2010 after moving over from a leasing role with Cotton On in Geelong.

AEDA Chair Nikki Govan, who earlier this month said six people with retail experience had nominated for the board vacancy, touted Charlton as a “highly-respected professional” in the retail sector.

“It is important that, as the custodians of the Rundle Mall Precinct, we have Board members who understand the opportunities and challenges facing the ever-evolving retail sector,” she said.

Charlton has been appointed an Advisory Committee Representative for AEDA, placing her within the mechanism through which Rundle Mall stakeholders can provide advice to AEDA. 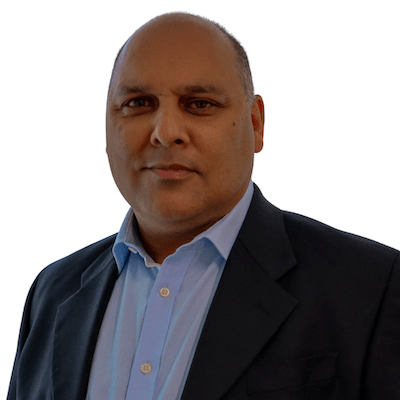 Cohda, which sells its V2X technology to carmakers, road authorities and automotive chipmakers, credits Munir with being a “major driving force” behind the company’s product design and development over the last six years.

Formerly Cohda’s Director of Engineering and Program Manager, Munir’s latest promotion sees him take responsibility for all engineering aspects at the Wayville-based business.

Prior to joining Cohda in 2016, he was a Program Manager and Hardware Engineer with Topcon Precision Agriculture and a Senior Project Manager with Sydac. He holds a Masters of Business Administration and has completed a product development course at Harvard University. 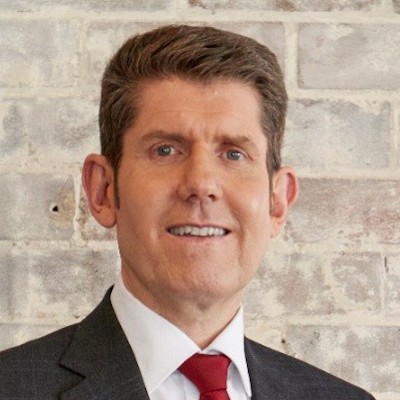 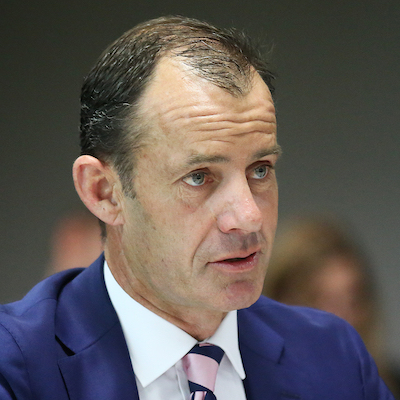 Harrod’s career in executive management has included time as CEO of Corporate Express Australia, Salmat Limited and Pro-Pac Packaging. He headed up LJ Hooker in Sydney from 2014 to 2017.

Since then, Harrod has gone on to hold a number of non-executive roles, including Chairman of Countrywide Food Service Distribution in Sydney and Sundrop Farms in Port Augusta.

His appointment with RESO, which offers an online property sales platform, is his fourth ongoing directorship commitment.

Anderson, meanwhile, is currently Chief Executive of Byron Studios in New South Wales, where he has been since July 2021,  after five and a half years as CEO of Network 10.

He was promoted to CEO of Channel 10 in 2015 after well over a decade as an executive with the network, but left the station in 2020 shortly after its takeover by ViacomCBS.

Finally, Bagot – who boasts a more than 20-year career in investment banking – was appointed Citigroup Managing Director in 2012 and resigned in 2018. Prior to joining the investment banking multinational in 2010, he worked for Goldman Sachs.

RESO Chairman Geoff Rohrsheim said the trio of appointments would “strengthen the board with the sort of knowledge and expertise RESO needs for our next phase of growth”. 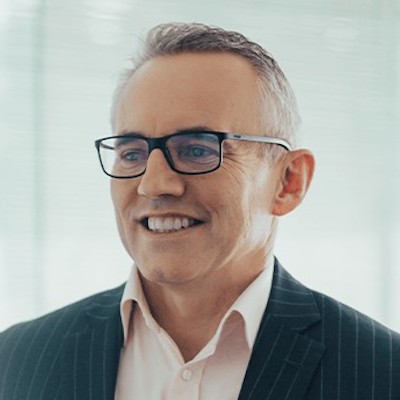 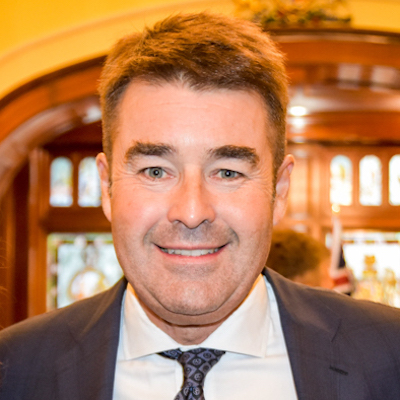 Roderick has been with Perks for nearly 27 years and was Group Managing Director from 2008 to 2021, before moving to Executive Chairman in October last year.

His latest board promotion comes alongside his Deputy Chair role with the Adelaide Festival and non-executive appointments with the Lang Foundation, Jordan Plumbing and Cavpower.

“I was first drawn to the position of Chair through my passion for artistic endeavour in this State and the need to nurture and provide pathways for young SA based creatives in all arts disciplines,” Roderick said.

“I am looking forward to sharing my experience in advising, operating, and growing successful businesses with the Helpmann team to build on the incredible work they have been doing and provide an even stronger platform to provide much-needed services in this industry.”

Judge Thomas will remain on Helpmann Academy’s board despite vacating the Chair role.

Fennell, meanwhile, is Bendigo and Adelaide Bank’s Executive of Consumer Banking and former CFO. He also holds a coveted spot on the Adelaide Crows board of directors.

Prior to joining the Bendigo and Adelaide Bank in 2007, he spent close to 20 years in finance and consulting, predominantly with PricewaterhouseCoopers.