Kilburn’s Empire Hotel has been bought by the ASX-listed Endeavour Group for $11.5 million.

The Prospect Rd hotel is about 7km north of the Adelaide CBD, sits on a 7604sq m block and has 33 gaming machines, bar, bistro and drive-thru bottleshop.

The Endeavour Group, formerly ALH Group, separated from the Woolworths Group last June in one of the largest demergers in Australian history, creating a company with a market capitalisation of more than $10 billion.

Other national hotel groups such as Black Rhino and Australian Venue Co have been buying up SA pubs in the past two years. 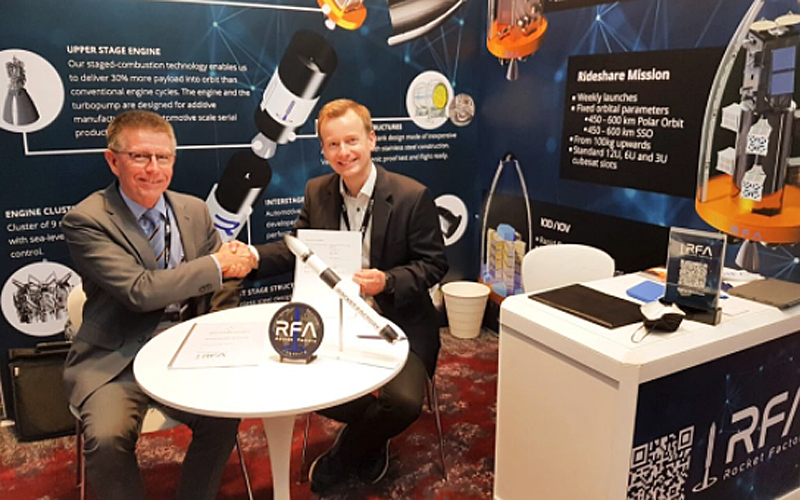 The partnership allows for the German launcher RFA ONE to be launched from Southern Launch’s Whalers Way Orbital Launch Complex in South Australia.

The agreement, signed this month, will enable RFA to provide flexible, low-cost, and precise launch services with its RFA ONE from a regional spaceport in the Asia-Pacific region.

RFA ONE is a three-stage small rocket with a highly efficient staged combustion engine and orbital stage that can deliver up to 1,350 kg to a 300-km polar orbit.

The rocket is 30 metres high and 2 metres wide and is expected to launch up to fifty times a year in the future, delivering satellites into near-Earth orbit quickly and reliably at a highly competitive price point.

The first engagement between RFA and Southern Launch was at the International Astronautical Congress, Washington in 2019, and the parties are now very pleased to have finalized and to be signing a launch services agreement at the Global Space and Technology Convention in Singapore.

Chief Commercial Officer at RFA Jörn Spurmann says launching from South Australia allows it to offer launch services in the Asia-Pacific region and marks a central milestone in its strategy for globally distributed launch capability.

“With various launch sites around the world, we minimize our customers’ logistics and time constraints and lay the infrastructural foundation for a weekly launch cadence,” he said.

“Southern Launch offers a comprehensive and competitive service to launch our rockets. We could not have wished for a better partner.” 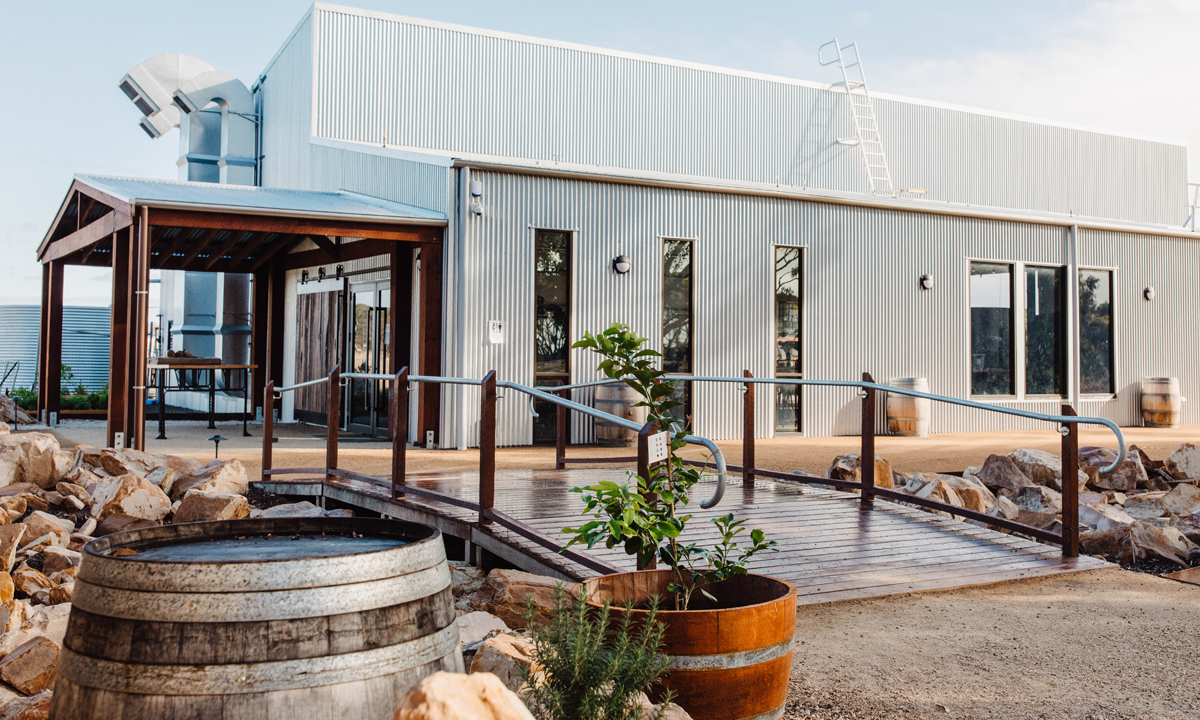 The facility includes the installation of a 1,800L steam-driven gin still that will see the Kangaroo Island site producing up to 3000 litres of gin a week, as well as a 4500-litre whisky still. This will allow 1200 litres of the spirit to be produced each week, making Kangaroo Island Spirits the largest whisky distillery in South Australia.

The project benefitted from a $500,000 SA Tourism Commission grant.

The distillery was started by Jon and Sarah Lark on the island in 2006 but was sold to listed company Mighty Craft in 2020.

“With the addition of a range of exciting and immersive tasting experiences and a new Spirits Academy on the island, our vision is to attract additional visitors, be involved in a wider range of events, create new jobs for locals and increase our capacity for innovation and excellence,” he said.

“Thanks to the support of the SA Government, Kangaroo Island Distillery is now poised to become one of Australia’s most iconic experiential distilleries, attracting global attention and visitation, and contributing to the broader economy.”

The branding and packaging of KIS products have also been overhauled including the addition of ‘Est 2006’ on each label to recognise its claim of being Australia’s first dedicated gin distillery. 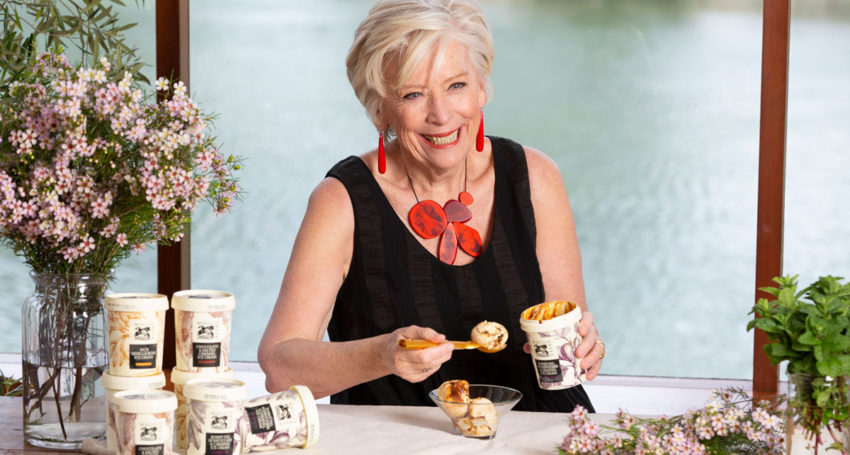 Maggie Beer is still involved with the company as a director and brand ambassador.

The company that includes SA brands Maggie Beer, Paris Creek Farms, Melbourne-based St David Dairy and newly-acquired Hampers and Gifts Australia increased sales by 133 per cent to $64.5 million for the half compared to the six months ending December 31 2020.

The group’s large e-commerce business represented almost 60 per cent of total net sales for the half due to an uplift in online trade over the Christmas period for both its Maggie Beer Products and HGA division.

MBH CEO and managing director Chantale Millard said the half saw the integration of the HGA business into the group successfully and on time, allowing the company to diversify revenue and gross margin between e-commerce, grocery retail and foodservice.

“As a group, we strategically invested in continuing to grow our sales and market share and invested in ensuring our e-commerce customers received a great online experience and timely deliveries over Christmas,” she said.

The company was listed as a technology firm in 2004 and moved into the food and beverage sector in 2016 when it purchased a 48 per cent stake in Maggie Beer Products.

It bought SA biodynamic dairy business B.-d. Farm Paris Creek in 2017 and Melbourne’s Saint David Dairy in 2018 before acquiring the remaining 52 per cent of Maggie Beer in 2019 and changing its name from Longtable Group to Maggie Beer Holdings last year to better reflect its principal brand.

Beer’s career in the food industry spans more than 40 years, beginning as a farmer at the Pheasant Farm in the Barossa in 1979, which led to a farm shop and soon after a nationally acclaimed restaurant, followed by a commercial food production business, Maggie Beer Products.

Six South Australian businesses have been recognised in the 2022 Telstra Best of Business Awards, which celebrate small and medium-sized companies.

While operating as a one-stop house inspection business known for customer-focused results in building and pest inspection, a core focus of House Inspect Australia has been addressing the gender gap and being a champion for women in the industries they operate in.

Australian Native Food Co. sources products and produce from local suppliers only, with profits made from this venture reinvested back into the community via literacy and numeracy programs.

Founded by homebrewers Craig Basford and Jason Harris as a passion project in 2006, Big Shed Brewing has grown to become a well-recognised and thriving craft brewery with a taproom and eatery at Royal Park.

Telstra Consumer and Small Business Group Executive Michael Ackland said the SA winners of the 2022 Telstra Best of Business Awards were outstanding examples of small and medium-sized businesses whose ingenuity and resilience has led them to thrive amid such testing times.

“Each business is an inspiration in its own right, and it is a privilege to be able to celebrate the incredible impact these winners have had on the customers and communities they serve,” he said.