The Mawson Lakes company that produces hand-held metal detectors and designs and manufactures communications systems achieved $256.8 million in sales for the six months to December 31.

This was driven by a more than tripling of its communications business following two key acquisitions last year.

Communications products contributed $117.7 million to revenues for the half, up from $33.6 million in the first half of FY21.

They now account for 46 per cent of total revenue.

The company said the $84 million increase in communications revenue was driven by the newly acquired US businesses DTC and Zetron, which were both tracking ahead of expectations.

“In October 2021, DTC was awarded the largest ever order in Codan’s history for the supply of software-defined mesh radios to a large multi-national business,” the company said in yesterday’s results statement.

“This first order for approximately $38 million is part of a multi-year framework agreement. We are contracted to deliver $16 million of this order in FY22, with our first shipment of product valued at around $3 million made in December 2021.”

The strong first-half result follows a record net profit after tax of $90.2 million for the 2020-21 financial year.

However, Codan’s metal detector business Minelab, which boomed during the early part of the coronavirus pandemic and contributed 80 per cent of the company’s revenue in H1 FY21, lost ground.

Codan achieved $137.7 million in metal detector sales in the six months to the end of December, down from $155.1 million the previous year. 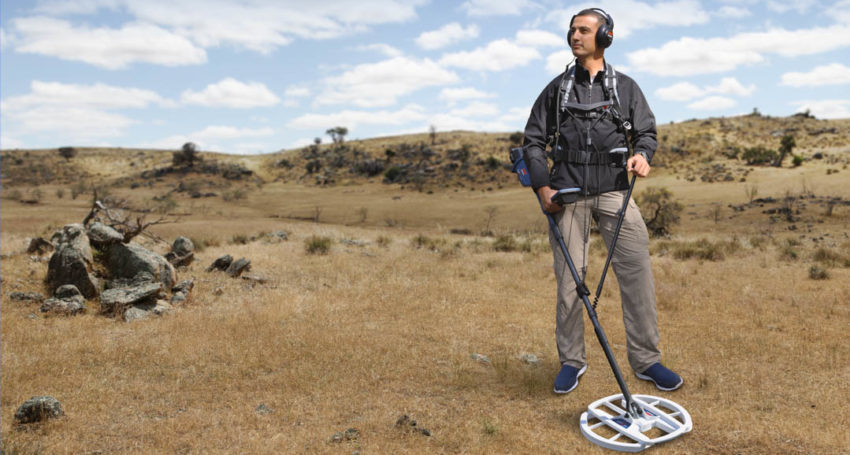 Codan blamed geo-political disruptions to key markets in Africa and a return to more normal levels of demand compared to those experienced in the record, COVID impacted, FY21.

“Despite the reduction in sales this year, the business delivered a near-record first-half profit result with a clear focus on improving margins and on cost efficiency,” the company said.

“As the market leader in the sector, we were able to pass on price increases as required and the management of our supply chain meant that we reduced freight costs against global trends.

The company announced in August that its CEO and managing director Donald McGurk announcing he was retiring after more than a decade at the helm.

Ianello said that in his first three months as CEO he had found that Codan’s products and staff were world-class despite operating in a number of harsh and difficult environments across the world.

Headquartered in Adelaide, Codan has more than 700 staff globally and has offices in Denmark, Singapore, Mexico, Brazil, UK, UAE, and Ireland and manufacturing operations in South Australia, Canada, the United States and Malaysia.

“The business has great foundations and is in a strong position to deliver sustainable growth over the next three years,” Ianello said.

“In relation to the half-year ended 31 December 2021, it was most pleasing to see the newly acquired businesses, DTC and Zetron, both outperform our expectations.

“Over time, the successful integration and growth of these businesses will deliver a more balanced sales portfolio across the Codan group.

“Sensible diversification is an important risk mitigation strategy which I strongly support – the business today is a much stronger and robust business than it was 12 months ago.”

Codan will pay an interim first-half dividend of 13 cents per share, up from 10.5 cents in H1 last financial year.

Codan has a market capitalisation of about $1.54 billion and was ranked No. 7 in InDaily’s 2021 South Australian Business Index of the state’s top 100 companies.