The 21-hectare site outside Peterborough in the state’s Mid North, which was officially opened last week,  already supports several international ground stations for clients including Tyvak USA and RBC USA.

It has also announced a new collaboration with Italian company Leaf Space.

“We have invested more than half a million dollars into Peterborough since we commenced operations in 2019 and are delighted to be working closely with Peterborough Council and the community to contribute to generations of innovation and growth in the district.”

The site 250km north of Adelaide is also earmarked to host Nova Systems’ Passive Array Sensor solution as part of its offering for the Defence Space Situational Awareness Project JP9360 in an all-Australian collaboration with Curtin University. 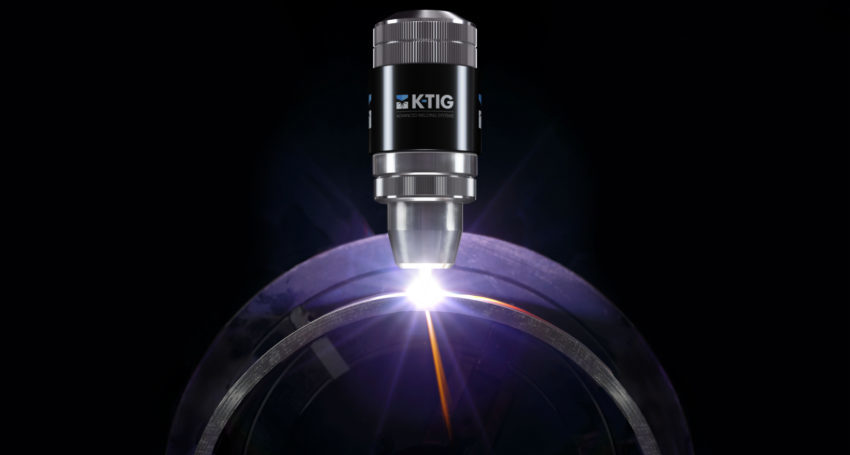 Hi-tech Adelaide welding manufacturer K-TIG will build an R&D facility within BAE Systems Australia’s Factory of the Future at the Tonsley Innovation District.

The company says the facility will allow it to demonstrate and further evolve the application of its robotic welding capabilities for an array of industrial applications including shipbuilding.

“We can capture and push data out across every single weld creating a digital footprint across a ship,” he said.

“This makes for high-level repeatability and consistency which means ships are built faster and cheaper.”

“What K-TIG provides has the potential to deliver game-changing technologies to the broader industrial sector, making industry more competitive and this could see flow-on benefits for exports,” she said.

Mile End-based K-TIG will soon begin construction on a permanent Factory of the Future Line Zero at Tonsley to be finished by November.

Up to 17,000 stainless-steel containers are needed for the decommissioning of the Sellafield nuclear site in the UK as part of a $3 billion procurement plan scheduled to commence next year.

K-TIG will maintain all Intellectual Property and commercialisation rights to the robotic welding cell developed which can be adapted and rolled out across the globe. 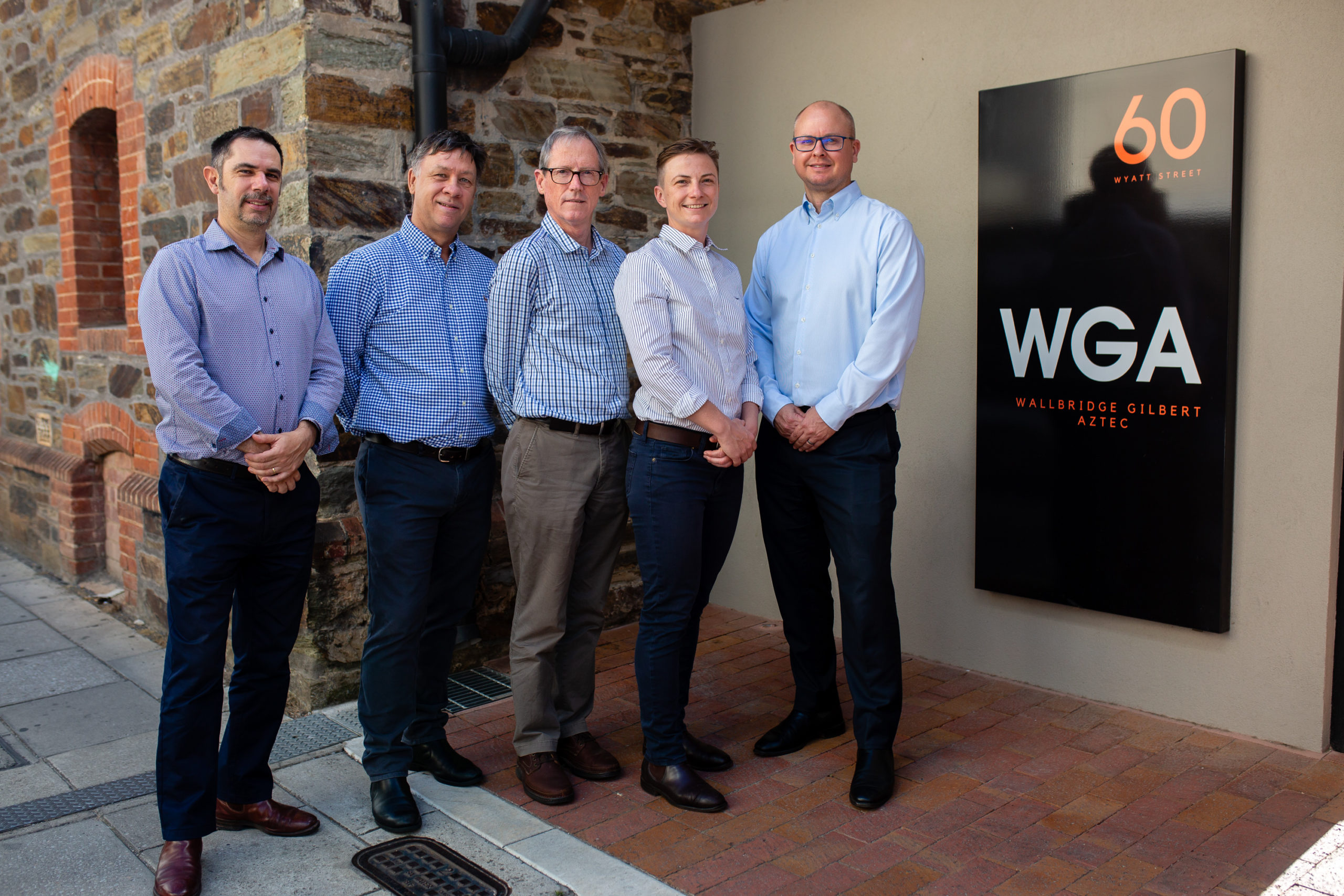 Inception Group, founded in Adelaide in 2012, is a process and data analytics engineering firm that has offered mining advisory to a range of mid-tier and major companies.

Their client list over the past decade has included BHP, Rio Tinto, Boss Energy, Alligator Energy and Australian Rare Earths.

The acquisition adds another 18 staff to WGA’s payroll and takes their total number of employees to 450, with the company touting the merger as an opportunity to offer a “one-stop shop” for clients in the minerals and metals sector.

Outgoing WGA joint-managing director Peter McBean said his company has passed up many opportunities to acquire other businesses in the past but Inception Group provided a “good cultural fit” for an acquisition.

“This merger begins an exciting new chapter in the WGA story, allowing us to expand our client offering, increase market share and maximise efficiencies,” he said.

“With the integration of the Inception team, WGA will have a total workforce of 450 and access to new connections and experience to better support our strategic growth across Australia and New Zealand.”

The transition of Inception Group’s staff to WGA’s offices began on February 8. 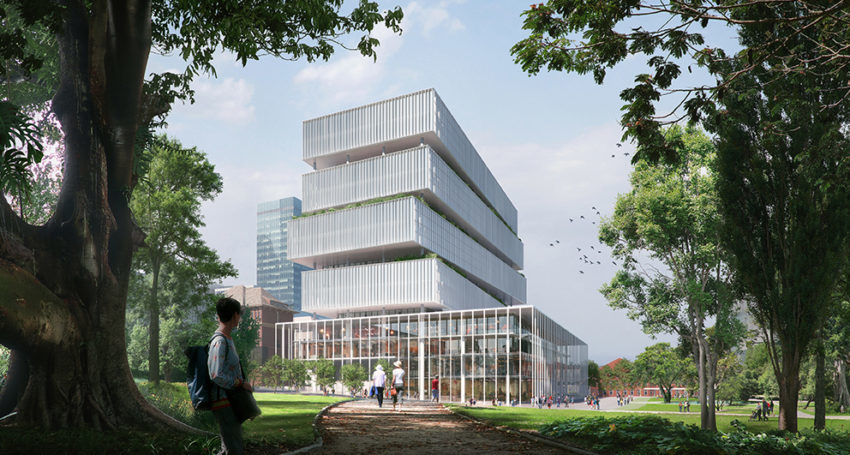 An image of the Entrepreneur and Innovation Centre at Lot Fourteen.

The Commonwealth Bank will be the first tenant at Lot Fourteen’s Entrepreneur and Innovation Centre on the site of the former Royal Adelaide Hospital, with plans to set up a technology hub employing 150 specialists.

The bank will set up at Lot Fourteen’s Eleanor Harrald building by the end of 2022 and plans to move to the new centre in 2024.

“CBA is excited about the focus on technology, innovation and entrepreneurship in South Australia. South Australia’s focus on artificial intelligence, data and cyber security are particularly aligned with the skills we see CBA and Australia needing to develop as we move towards a more digital economy,” Commonwealth Bank’s CIO for Technology Brendan Hopper said this morning.

“We believe that the collaborative environment at Lot Fourteen has incredible potential to encourage innovation and spark inspiration between different teams, organisations and sectors, in one location.”

“I know I’ve said it before, but I’ll continue to keep saying it – SA is unreservedly the hi-tech state,” he said.

“Lot Fourteen has turned into a beacon for global and leading Australian companies. Commonwealth Bank is joining the likes of Microsoft Azure, Google Cloud, Amazon Web Services, the Australian Institute for Machine Learning and LVX Global.

“South Australia’s reputation for building a hi-tech ecosystem that connects global companies with some of the best in artificial intelligence, machine learning, data analytics and cyber security has created an enviable innovation environment, and it’s my intention to grow this even further.” 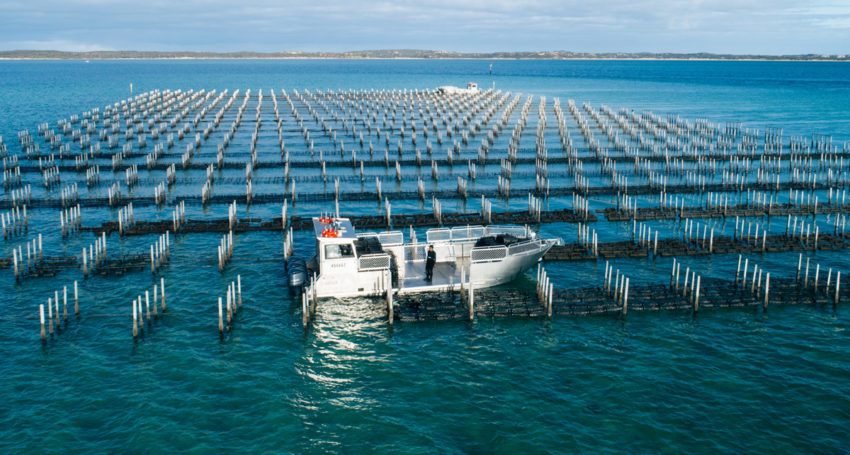 Angel Seafood’s directors have recommended their shareholders back a $32 million takeover bid to buy out the listed Eyre Peninsula oyster company by a Queensland fund manager.

The Port Lincoln-headquartered company with oyster leases in Coffin Bay, Cowell and Haslam has about 500 tonnes of oysters in the water and has been growing rapidly since launching a retail strategy last year.

The offer from Valley Seas BidCo, a subsidiary of agriculture fund manager Laguna Bay Group, was initially put forward in December with Angel today announcing it had entered into a Scheme Implementation Agreement.

Laguna and its entities already own 19.9 per cent of Angel and the offer aims to buy all of the remaining shares at $0.20, a 60 per cent premium to Angel’s closing share price of $0.125 on December 17 that equated to a market capitalisation of $20.19 million.

Under the proposed transaction, Angel’s founder and CEO Zac Halman, who currently owns about 15 per cent of the company, will retain a 10 per cent stake.

The scheme is subject to several conditions including approval from Angel shareholders.

It was unanimously supported by Angel’s directors.

“The price is a very tangible measure of the value and quality of Angel Seafood’s position in the industry and our recent strong performance,” he said in a statement to the ASX on Friday morning.

A scheme booklet is expected to be sent to shareholders in April ahead of a scheme meeting in May.

Angel Seafood reported record sales in 2021 despite a four-week closure due to a disease outbreak in the lead up to Christmas that cost it more than $1.7 million in lost sales and refunds.

The Port Lincoln-based listed company reported to the Australian Securities Exchange this week that it sold 3.2 million of its Coffin Bay oysters in the December quarter worth $2.6 million, up 44 per cent on the previous year’s figure.

Touchdown for space startups ahead of accelerator program

Space startups from India, Dubai and Germany will be among 10 companies to take part in this year’s Venture Catalyst Space program at the University of South Australia.

The fourth cohort of the accelerator program also includes three interstate startups that will join four local businesses in the six-month program this year.

The South Australian startups include Espy Ocean, which is developing technology for the early detection of mid to large poaching vessels for the global fishing industry and Blue Dwarf Space, which is working on an automated platform for applications relating to Australian space activities.

International participants include Grahaa Space from India, which is working on designing developing and launching an advanced constellation of earth observation nanosatellites that can stream near real-time high-resolution videos of any specific location on earth.

“Due to Covid lockdowns on and off in various parts of the world, our plans have been slightly delayed during the last two years … now that lockdowns have been relaxed around the world, we intend to speed up our activities and catch up as fast as we can,” he says.

“We believe that by being part of the Australian program, we can fast track our process of setting up base, work with the international communities and strategically cater to the Asia Pacific and Australian-New Zealand regions much more efficiently.”

ICC Director Jasmine Vreugdenburg says she is pleased to finally welcome back overseas startups after 2021, when the program was offered virtually to those who could not enter Australia.

“The program was still a huge success, with two of our 2021 overseas participants now in the process of opening offices in Adelaide,” she says.

“However, to be able to have these startups come to Adelaide and actually experience our burgeoning space sector firsthand is a wonderful thing.”

This year’s cohort joins the ranks of 19 former startup participants, all of whom have gone on to make valuable contributions to South Australia’s space sector.

South Australian charities can apply for grants of up to $100,000 under the Impact100 SA program, which was launched for 2022 last week.

Impact100 SA is a local giving circle made up of more than 250 donors who each contribute $1,000 a year. The group has granted more than $1.56 million in funding to South Australian projects since 2015.

This year’s applications should fit the themes of ‘helping young people succeed’ or ‘all people have the tools to be self-sufficient’.

“We know our $100,000 grant will not only make a big impact to a small organisation, but we also know our support can help to lift the profile of lesser-known charities and not-for-profit groups who are working hard to lessen disadvantage in society,” she said.

Expressions of interest opened at 9am today (February 14). For more information head to impact100sa.org.au.