The Port Lincoln-based listed company reported to the Australian Securities Exchange this week that it sold 3.2 million of its Coffin Bay oysters in the December quarter worth $2.6 million, up 44 per cent on the previous year’s figure.

The strong sales were achieved despite a four-week closure from mid-November to mid-December, which is traditionally one of the busiest times of year in the lead-up to Christmas.

The Department of Primary Industries announced a temporary shutdown of the industry in Coffin Bay on Eyre Peninsula on November 17 following a spike in vibrio parahaemolyticus (VP) cases reported.

All fresh and frozen Coffin Bay oysters distributed for sale from September 4 to November 16 were also recalled.

This was comprised of the $540,000 in refunds and logistics costs of recalling 500,000 oysters and an estimated $1.2 million in lost sales during the four-week closure period in the traditionally busy pre-Christmas period.

The company was cleared to recommence harvesting in Coffin Bay and sales on December 14.

Angel CEO and founder Zac Halman said the company had again shown its resilience during the quarter and increased production capacity to 15 million oysters per year.

“The investments we have made over the years have not only built scale in the business but also ensured we have market-leading practices across innovation and product handling,” he said. 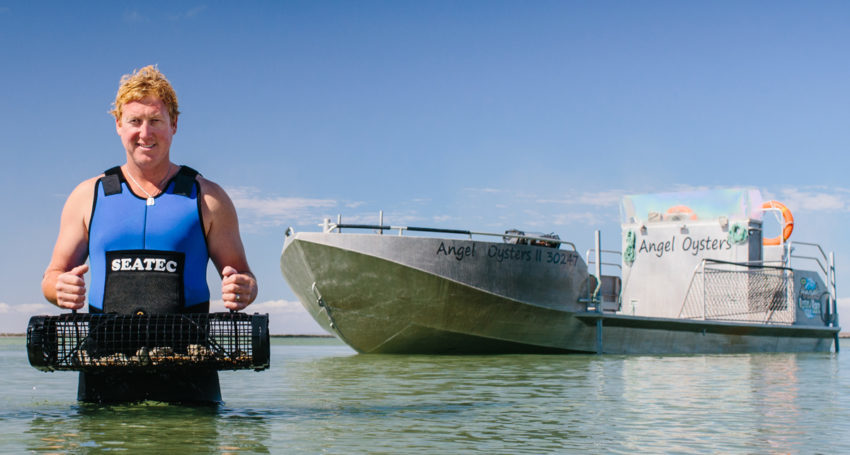 “We continue to move from strength to strength with record sales and revenue, surpassing 10 million oyster sales in the full year for the first time, while at the same time continuing to increase our stock biomass.”

Angel recorded a 20 per cent fall in its share price following the closure announcement in November.

However, by Christmas its shares had reached $0.18, the highest level in more than a year following the reopening and the launch of a $32 million takeover bid by Queensland fund manager Laguna Bay Group.

Laguna and its entities already own 19.9 per cent of Angel and the offer aims to buy all of the remaining shares at $0.20, a 60 per cent premium to Angel’s closing share price of $0.125 on December 17 that equated to a market capitalisation of $20.19 million.

Angel’s shares spiked almost 50 per cent following the announcement, reaching $0.18 where they have remained around since.

In its ASX statement yesterday, Angel said that its board had decided it was in the best interests of shareholders to engage further with Laguna Bay on the offer.

It has provided Laguna Bay exclusivity to allow it to conduct due diligence so it can put forward a binding offer.

“The board of Angel notes that there is no certainty that the indicative proposal will result in a binding offer or result in the entry into a scheme implementation agreement,” the company said.

It said the company was focused on returning to normal operations following the recent closure.

“Consistent with the oyster growing cycles, diploid oysters (non-summer oysters) will spawn out in the upcoming quarter due to warmer water temperatures.

“With good growing conditions being experienced, Angel expects to achieve a significant increase in biomass over the upcoming quarter, positioning the company strongly to have a good supply of oyster sizes to cater to the increasing demand from restaurants, wholesale, commercial and retail channels post-spawning season.”