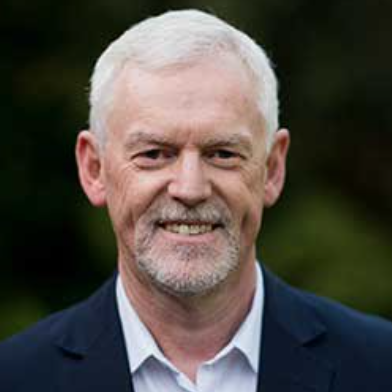 ElectraNet CEO Steven Masters will move out of the energy business next year to become Chief Executive at South Australian 3D modelling and mapping company Aerometrex.

He replaces Mark Deuter, who flagged in July his intention to retire at the end of 2021 after a decade at the helm of the ASX-listed company.

Masters has led Adelaide-based ElectraNet – responsible for the SA portion of the $2.4 billion energy interconnector with NSW – since 2014.

The experienced energy leader has also held senior roles with Woodside Energy during a nearly 10-year stint in Perth, as well as several executive roles with Beach Energy in Adelaide.

Aerometrex Chair Mark Lindh said the incoming CEO’s history of leading high-profile companies and extensive relationships with stakeholders made him an ideal fit.

“He has a strong interest in data utilisation and enhancement, and is excited by Aerometrex’s future growth opportunities.”

Masters said he was “very proud to have led ElectraNet for seven years” and “thrilled by the opportunity to lead Aerometrex”.

“[I] look forward to working with a world-class team, developing the future strategy and building the business,” he said. 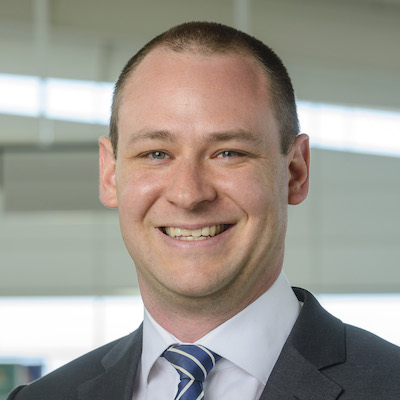 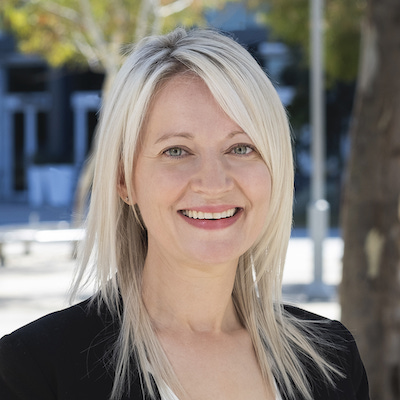 Careers take off at Adelaide Airport

Golding has been with the airport since 2012 and steps up from his role as Corporate Finance Manager.

Bickmore, meanwhile, arrived at the airport from a legal background, leaving her role as General Counsel at Glencore Agriculture (now Viterra) to become Legal & Corporate Affairs Manager at Adelaide Airport in 2015, and promoted to Company Secretary in 2017.

She has spent time with both Donaldson Walsh Lawyers and Thomson Geer in Adelaide, and sits on the Adelaide Football Club’s Professional Standards and Integrity Committee.

Cox held the role of Executive General Manager of Finance & Corporate before he was announced as Young’s successor in October.

He said both Golding and Bickmore have demonstrated “considerable growth in their respective roles” since joining the company.

“In particular, they have excelled in their contributions towards managing the challenges of COVID-19, which has had a significant impact on our business over the past couple of years,” Cox said. 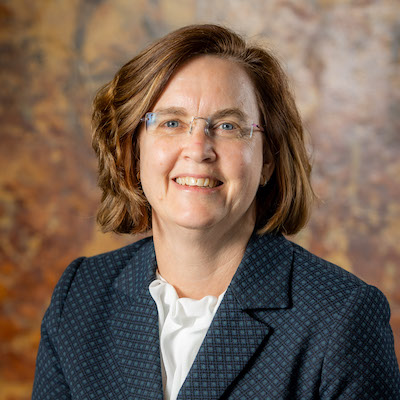 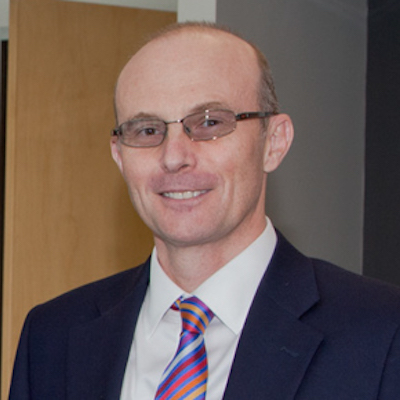 McKinnell joined Santos in 2019 as Deputy CFO after 13 years with Woodside Energy as a senior executive. Her time with the Perth-based company included stints as Senior Vice President of Finance and Treasury as well as Acting CFO.

Prior to that, she held senior roles with Ernst & Young and accounting firm Arthur Andersen.

Her promotion to CFO sees her replace Anthony Neilson, who has been in charge of Santos’s finances since 2016 and is staying with the company as Chief Commercial Officer.

“I am pleased to announce Anthea as an internal successor in the role of CFO at this pivotal moment for Santos as we finalise a merger that expands our business regionally,” Gallagher said.

“I also acknowledge the outstanding contribution Anthony Neilson has made to Santos as CFO over the past five years, playing a significant role in the company’s turnaround, subsequent growth and acquisitions.”

The Director Procurement & Contract Management reports to the Chief Financial Officer and oversees the provision of high level strategic procurement, market and contract advice across the organisation and negotiating effective and commercially sound contracts and strategic supplier arrangements. Applications are sought from procurement, or contract management professionals with demonstrated experience in developing and managing procurement services across an end-to-end supply chain in a comparably large and complex environment.

The Director Corporate Governance & Assurance reports to the Chief Financial Officer and is responsible for the enterprise-wide assurance framework which ensures effective internal control and effectively managing incidents, risks, internal audit findings and breaches to ensure compliance. Applications are sought from senior professionals with demonstrated experience in governance, assurance and risk services in a comparably large and complex environment. Tertiary qualifications in a relevant discipline will be highly regarded.

Craniofacial Australia is a not-for-profit organisation that supports the provision of care for people suffering from craniomaxillofacial deformities. Reporting to and working closely with the Chairman and the skills-based Board, the Corporate Manager will be responsible for ensuring the business functions in accordance with strategic and operational plans. Applications are encouraged from proactive, versatile and business-minded individuals with relevant qualifications and experience in a similar general management/corporate services role. The position is offered on a part-time basis (0.6 FTE/ 3 working days) with scope to negotiate flexible working arrangements in order to secure a high calibre individual motivated by the opportunity to guide this trusted and respected organisation towards changing faces/changing lives. 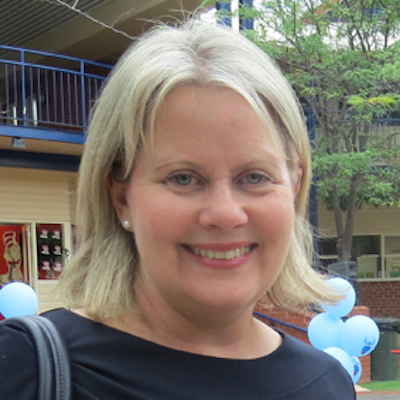 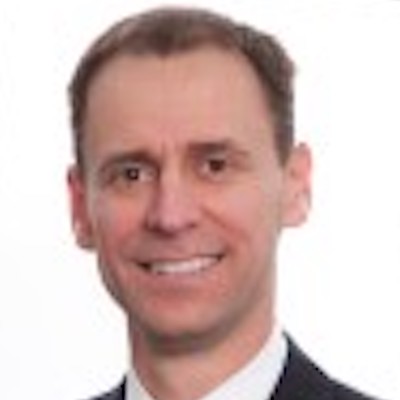 It follows the resignation of Melbourne-based Director Mark Twycross from the ASX-listed manufacturers earlier this month.

A former politician, White represented the northern suburbs seat of Taylor in the South Australian Lower House from 1994 to 2010 and served in the Rann Cabinet as Minister for Education and Children’s Services and later Minister for Science, Transport, Urban Development and Planning.

Since stepping aside from politics in 2010, she has taken on an extensive career as a non-executive director, holding board roles with energy company WorleyParsons, the Motor Accident Commission, Australia Post, Community Housing Ltd, corporate advisory firm Slingsby Taylor, Engineers Australia, the National Rail Safety Regulator and Flinders Port Holdings.

She has also chaired industry advisory boards at both UniSA and Adelaide University, and led the boards of Engineering Education Australia and EngInsure Insurance.

Meanwhile, Acton was with Goldman Sachs for more than 16 years, primarily as Managing Director, Head of Equities in New York, Singapore and Sydney.

He has since moved on to become a Senior Capital Markets Adviser at multinational investment firm Rothschild & Co.

K-TIG Chair Stuart Carmichael said both White and Acton “bring significant experience to the board that will benefit K-TIG immediately, as we look to grow the business both domestically and internationally”. 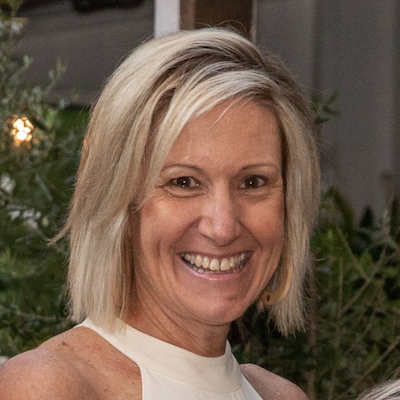 New MD for Them

McMahon – who has been with the Kent Town firm since 2014, first in a finance role and then later as General Manager – replaces long-time Managing Director Mark Wightman.

Wightman has led Them Advertising since 1999 and will now become the agency’s Chair.

Prior to moving to Them Advertising in 2014, she worked on advertising and marketing for the Australian Government’s national employment services system Eworks Recruitment Solutions in regional Victoria.

She said her goal in the new MD role would be to support the next generation of advertising talent.

“I see it as a tremendous privilege to lead both established and up-and-coming talent – especially those fresh out of uni – into the next era of advertising,” McMahon said.

“There’s a lot on the horizon for Them, and I’m especially excited as we begin exploring new technology for our clients.” 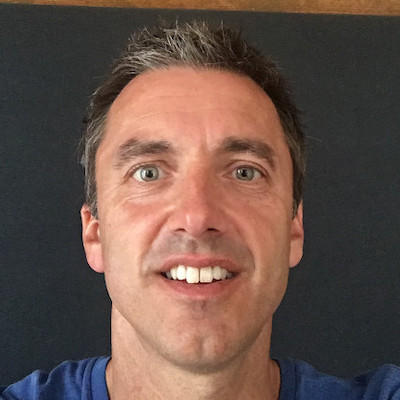 Corby was appointed Chief Executive of GRSA in October 2010 after nearly six years as CEO of the Sandown Greyhound Racing Club in Melbourne.

During his decade with South Australia’s greyhound racing controlling body, he has overseen the construction of a $9 million racing facility in Murray Bridge and more than $20 in infrastructure works at venues across the state.

Corby said it “feels like the right time for the company to introduce new thinking and fresh perspective”.

“I’m pleased to be leaving the industry in good shape and have been very fortunate to serve under two inspirational chairs in Michael Fabbro and Grantley Stevens,” he said.

“GRSA has provided me with a wonderful experience. No two days in this sport are ever the same.”

Corby is scheduled to finish with GRSA on January 14. His role at the National Golf Club will see him managing four of Australia's top 50 golf courses. 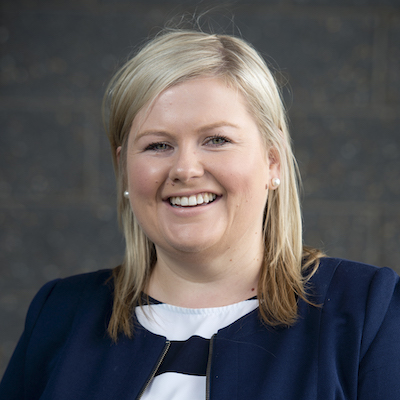 Koenig joined the youth-based not-for-profit in 2018 after nearly four years in a fundraising and partnership role with St John Ambulance.

The sales and marketing manager has also spent time working for the MS Society, Sensis (owners of the Yellow Pages) and Retailworld Resourcing.

Her new role as CEO of the Sammy D Foundation will see her responsible for the organisation’s day-to-day operations and expansion strategy.

“Her energy, professionalism and passion for SDF will ensure our continued success in building a highly respected organisation across Australia.”

The Sammy D Foundation was founded by Neil Davis and Nat Cook in 2008 after they lost their 17-year-old son Sam to a one punch attack thrown by gatecrashers at a party.

Since then, the foundation says it has educated more than 170,000 young people about the impact of violence, alcohol and drug misuse in the community. 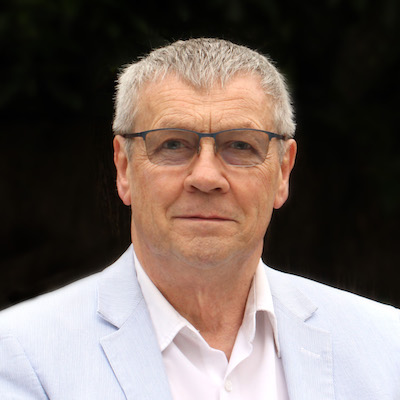 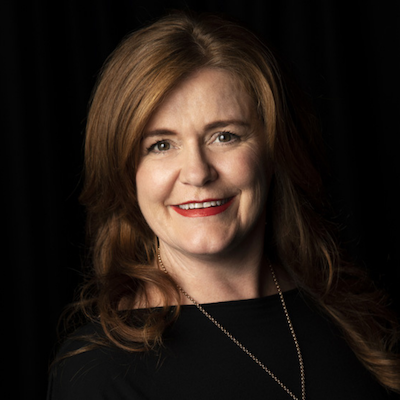 End of a Restless era

Company Manager of Restless Dance Theatre Nick Hughes has announced his retirement after 24 years with the arts group.

The Gillies Street theatre, which supports artists with and without disability, thanked him for his “exceptional contribution” to Restless and the broader South Australian Arts community over the last two decades.

The company also noted that Hughes has worked with six different artistic directors during his time at the theatre.

“I have met so many extraordinary and wonderful people and learned to respect and value people with disability as capable and distinctive human beings who deserve the same dignity and support as everyone else,” Hughes said.

“Thank you to everyone who has made my journey so fulfilling and joyful. There are many treasured memories that I will take with me.”

His departure has opened the door for Marketing Development Manager Julie Moralee to take over as CEO in January next year.

She has been with Restless since 2019 and also boasts a 20-year career in the arts. Her time in the industry has included stints with the Adelaide Festival Centre, the Adelaide Fringe, OzAsia, Sony Music and Universal Pictures.