Adelaide hospitality tech startup MyVenue has won a contract to deploy its point of sale (POS) technology at a 63,000 seat NFL stadium in the United States.

The Lot Fourteen-based company has been named the “point of sale solution” for food and beverage at State Farm Stadium in Glendale, Arizona, home of the Arizona Cardinals.

The contract with the stadium’s hospitality provider, Craft Culinary Concepts, will see MyVenue rollout its technology to 480 payment terminals across the stadium, including premium, suite and concession stands.

MyVenue will also provide the stadium with its cloud-based back of house platform mvManager – a browser-accessed reporting platform that offers live-trading data and stock control to venue operators.

MyVenue Business Development Manager Mitch Seidman said the company was “thrilled” to be taking on the new stadium job, and Craft Culinary Concepts could be “confident to deliver continuous first-class service while realizing the benefits of the MyVenue solution immediately”.

“The deployment will include all dashboards and redundancy protection we provide out-of-the-box with every installation,” Seidman said.

Founded in 2017, MyVenue also offers a mobile app that allows pub patrons to order food and beverages from their seat.

The company’s point of sales technology is already available in one US stadium: Legends Field Kansas City, a 12,000 seat minor league baseball and women’s soccer ground.

MyVenue’s POS tech is also being rolled out to more than 300 payment terminals at Adelaide Oval. 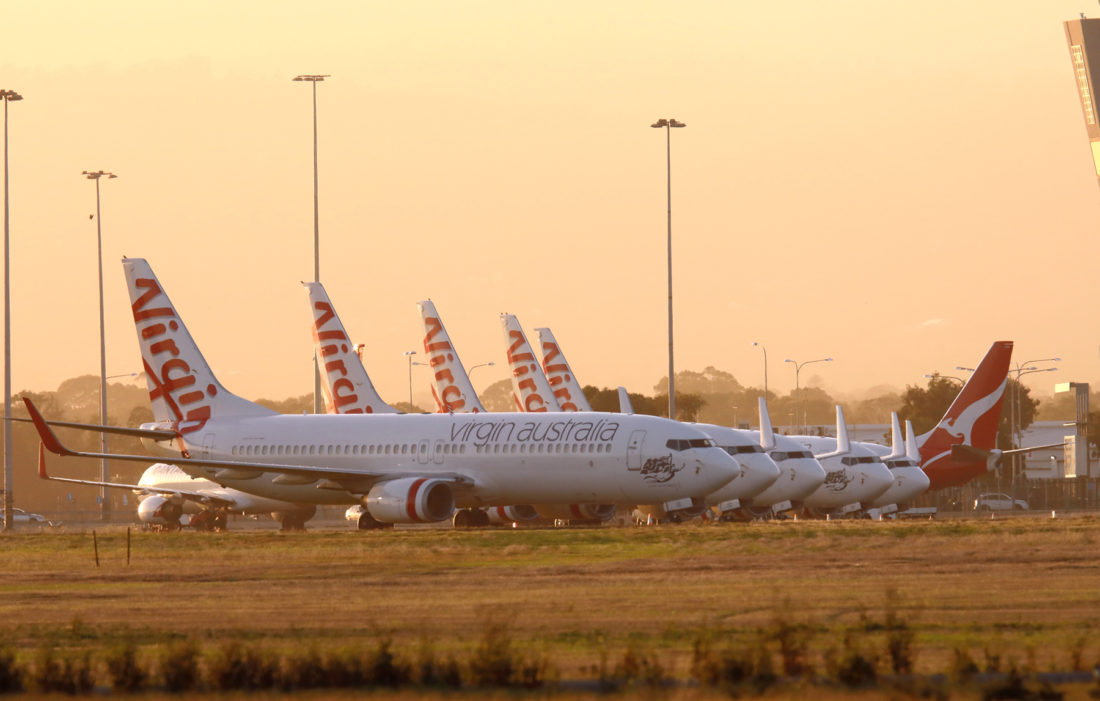 Virgin Australia has recommenced direct flights between Adelaide Airport and the Sunshine Coast, with the airline now running the year-round service four times a week

The first flight between the two destinations since border restrictions put a halt to the service took off on Tuesday morning, marking the reopening of Queensland’s borders to the rest of the country.

There are now 5632 seats available each month between the two destinations, according to Virgin.

Direct flights between the two destinations are not offered by Virgin’s competitors Qantas.

Virgin Australia chief strategy and transformation officer Alistair Hartley said the new deal would give the tourism industry a boost after a challenging 18 months.

“Since September, Virgin Australia has added an additional 15 services to its domestic network and we’re looking forward to seeing that grow further into 2022,” he said.

The airline, which was bought out by Bain Capital last year after falling into bankruptcy, is targeting a return to pre-pandemic capacity next year, according to its financial reports, but will face increased competition with the introduction of new budget airlines Bonza in the middle of next year.

The organisers of Australia’s only impact and innovation festival _SOUTHSTART have confirmed plans to move the event into ‘Mad March’ next year in Adelaide.

The event, held annually in SA since 2013, will take place from March 9 – 11 at SA venues including Lot Fourteen, National Wine Centre, Seppeltsfield and Chateau Tanunda – and will feature an array of events designed to accelerate the skills, networks and knowledge required to navigate emerging pathways.

The 2022 _SOUTHSTART festival will have a “Revival” theme and will take a renewed focus on youth and education.

Event Director Craig Swann said the festival theme focused on moving beyond a mindset of ‘survival’ and coming together to share and grow in a celebration of purpose and possibility.

“With a commitment to community, Revival is all about building on our existing foundations and established community partnerships to further unite and connect in these times of uncertainty,” he said.

“The gathering of founders and leaders from global tech giants like Google, Canva, Atlassian, Netflix and Tesla – who have shared insights with our community – is priceless.

“To date, more than $10 billion in represented capital has walked through our doors, leading to new investments, partnerships and companies.

“This is what makes __SOUTHSTART so special and why it is so important for us to continue to nurture and grow.”

Bushfire mapping system to be trialled in SA 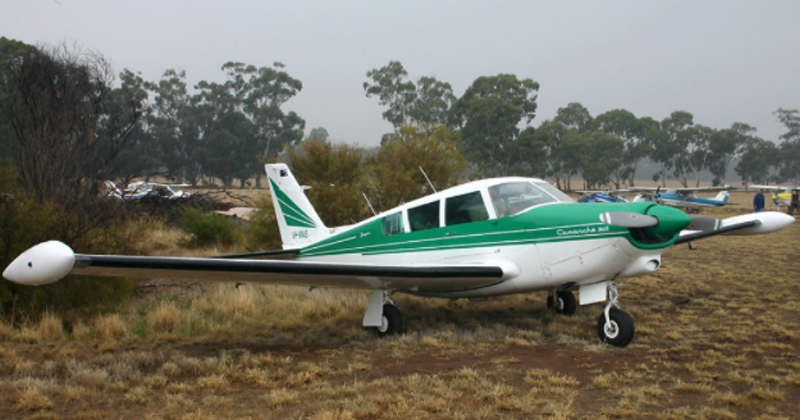 A real-time fire mapping system will be trialled in South Australia for the first time this summer.

FireFlight Technologies – supported by the University of South Australia’s Innovation & Collaboration Centre – has received $100,000 in funding from the state government’s Go2Gov program.

The funding will allow FireFlight Technologies to trial its mapping system with the Country Fire Service (CFS), with the aim of limiting the destruction of bushfires.

The mapping system utilises a thermal imaging sensor, which is mounted on a manned aircraft, similar to the one pictured above.

FireFlight founder and CEO Dr Paul Dare flies his aircraft high above an active fireground, delivering a map of the blaze to the firefighting agency in less than a minute.

The thermal imaging sensor can detect flames through kilometres of thick, billowing smoke which allows for accurate and rapid tracking of a fire’s path.

Dr Dare used his system to provide crucial data to firefighters and defence personnel during the 2019-20 Kangaroo Island bushfires and overseas in the Montana and California wildfires.

He said the system had also provided valuable data to firefighting agencies during trials in Queensland and Tasmania with the SA trial the first season-long trial of the system in Australia.

“The FireFlight system will deliver real-time fire intelligence to incident controllers, helping them to efficiently deploy resources such as firefighters, fire trucks and firebombers where they are really needed,” Dr Dare said.

“The maps can be updated on a minute-by-minute basis, enabling the CFS to monitor the progression of the fire and better understand its behaviour.

“The length of the trial will enable us to make changes to the system during the season, based on feedback from the CFS, so that we can ensure we are meeting their needs.”

“The current trial will be fully evaluated at the end of this fire danger season by our Fire Behavioural Analysis team within the CFS and our partner agencies,” he said. 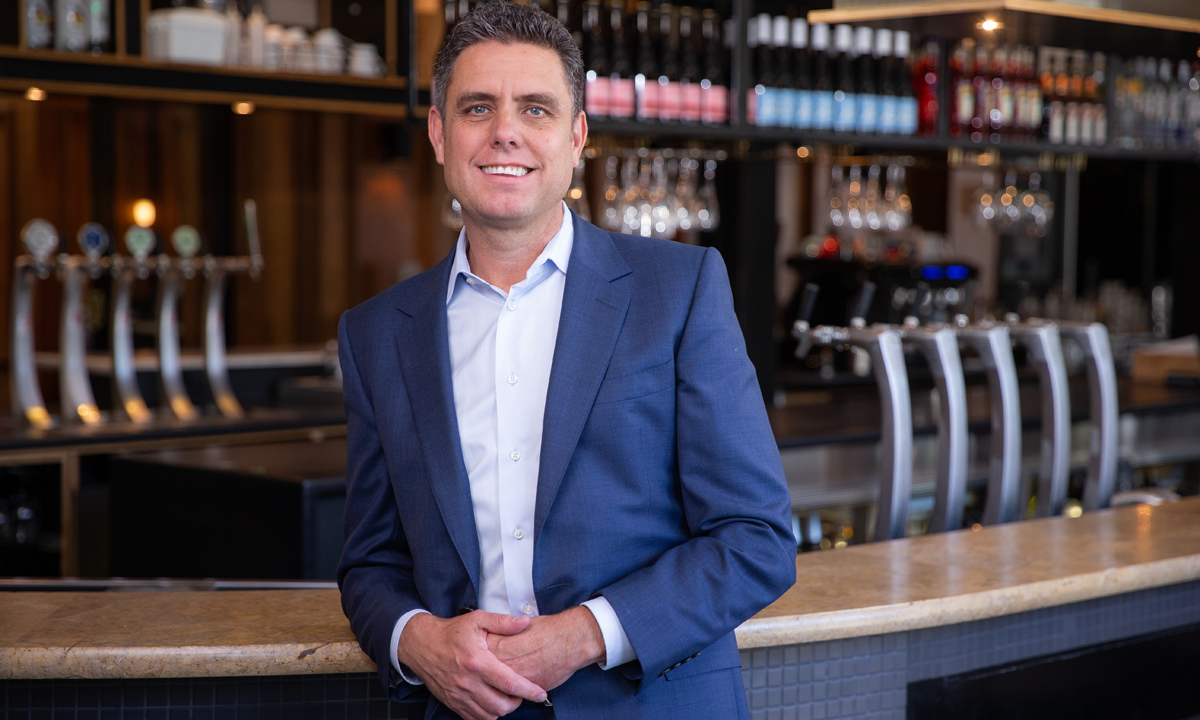 The Unley, West End Tavern, The Mile End, The Colonist and Avenues Café Bar are all located in the Adelaide CBD and fringe suburbs while regional venues include The Victoria Hotel in Strathalbyn, The Duck in Coromandel Valley and Mick O’Shea’s Hotel in Hackham.

The venues will continue to operate as usual following the completion of the acquisition in February and Australian Venue Co plans to continue to employ all venue staff.

The eight new pubs will bring the group’s South Australian portfolio to a total of 18 venues, including 12 in Adelaide.

It has more than 170 venues across Australia.

A spokesperson for Saturno Group said Adrian and Leon had retired from the industry after 50 years and wanted to thank “all the wonderful people they have worked with”.

This sale follows the Australian Venue Co acquisition of the Parkside and Naracoorte hotels and the recently completed $3.6m renovation of Brighton Metro Hotel. It is also planning renovations at Hampstead Hotel, Waterloo Station Hotel and Robe Hotel.

“We see a lot of potential in the South Australian market. We’ve been operating in SA with a local team on the ground for over two years and will continue to invest in the State.

“These pubs have been part of their community for decades, and we’re excited to be part of the next chapter. We can’t wait to meet the team and the locals at each of these venues.”

Andromeda Metals says it has been granted a mining lease to for its Great White Kaolin project near Poochera on Eyre Peninsula.

The SA company lodged its mining lease with the State Government in February and announced to the ASX on Friday that the project’s mining lease and supporting miscellaneous purposes licences had been granted by the Minister for Energy and Mining.

The company is finalising a feasibility study and is expected to make a final investment decision on the project in the new year with construction potentially commencing in 2022.

Early estimates put the cost of the initial project at $28 million to get it to the point where revenues could begin flowing through the direct shipping of ore.

Andromeda has also foreshadowed the establishment of a wet-processing plant on site in the second year of production at a cost of $56 million to be funded by ore revenues.

However, the Great White project at Poochera, about 640km west of Adelaide by road, also contains significant amounts of halloysite, a rare derivative of kaolin where the mineral occurs as naturally formed nanotubes.

Andromeda managing director James Marsh said the granting of the mining lease would allow the company “to progress with full confidence into a very exciting 2022”.

“This really is a fantastic success for all Andromeda stakeholders and a crucial milestone in the evolution of the company,” he said.

“Once in production a whole range of new and significant halloysite-kaolin opportunities will open up for us.”