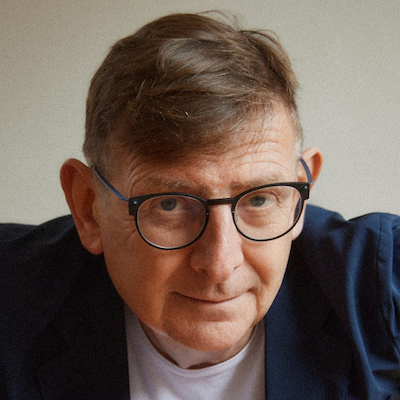 The Rose Park-based electronics company, which specialises in smartwatch phone devices for children, announced on the ASX last week that Darbyshire would be given “strategic design oversight” of the company’s next generation of products.

Darbyshire is the Founder and Managing Director of UK design firm Tangerine, where he will remain Chair.

Since founding the consultancy firm in 1989, it has expanded its offices to Brazil and South Korea and boasts a global client list including major car manufacturers (Toyota, Hyundai), airlines (British Airways, Cathay Pacific) and technology multinationls (Samsung, LG).

“Martin and his team at Tangerine were closely involved in the design and development of our award-winning Spacetalk Adventurer watch, and his international reputation in the design world is legendary and well precedes him,” Fortunatow said.

Darbyshire said he was happy to “build on the design leadership work” his company conducted for Spacetalk over the last year.

“I look forward to helping this fast-moving business move forward and to put design at the heart of their business strategy; supporting Mark and the Spacetalk team to create a customer experience that is truly transformational,” he said. 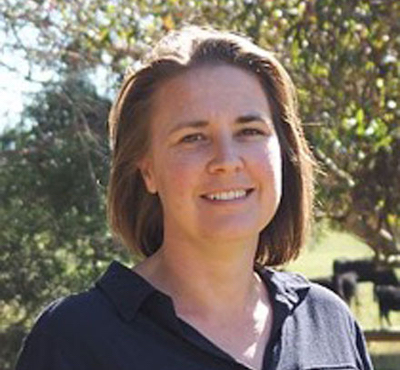 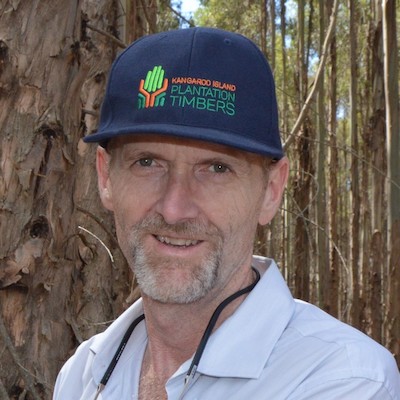 Auld has been in the timber industry since 2000 when she joined ForestrySA as a Graduate Forester, working her way up to Business Development Manager by 2007.

She joins the SAFPA alongside her current role as Customer and Regional Manager at Timberlands Pacific, which manages forestry estates in South Australia’s South East and Tasmania.

Auld said she was excited to take on the role.

“I am proud to have been elected by my peers to Chair the South Australian Forest Products Association at this exciting and challenging time for the sector, and look forward to working with government, industry and our communities to deliver on SAFPA’s vision towards growth and prosperity for South Australia,” she said.

Outgoing Chair Lamb, who helped establish the SAFPA in June 2020, touted Auld’s election as “significant” for the organisation.

After stepping down as KIPT Managing Director in October, Lamb has since become a freelance consultant based in Sydney specialising in forestry, primary resources, infrastructure and agribusiness. 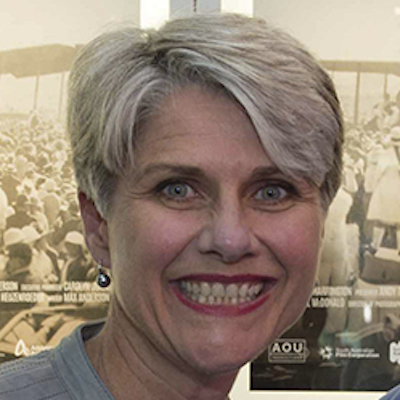 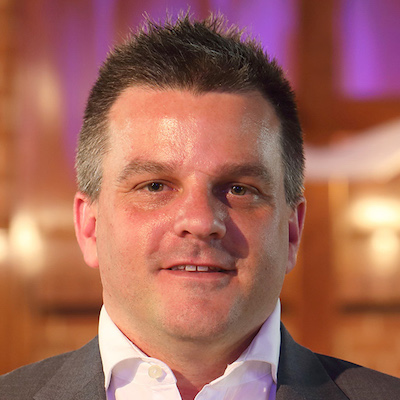 Author and Sunday Mail columnist Lainie Anderson has been appointed to the board of Reconciliation SA.

The long-time journalist and public relations manager replaces Brad Chilcott, Executive Director of White Ribbon Australia, on the Reconciliation SA board. Chilcott has been with the not-for-profit for more than six years.

Anderson posted on LinkedIn last week that she was “thrilled” to get the nod at Reconciliation SA’s annual general meeting on Wednesday.

“I’m so looking forward to working with [Reconciliation SA CEO] Shona Reid, [Co-Chair] Helen Connolly and many others to build the relationship between First Nations people and the wider SA community,” she wrote.

Chilcot wrote on Twitter that it has been “amazing to see the growth, impact and transformation” at Reconciliation SA during his time on the board, adding “I’m so glad it’s Lainie Anderson stepping into my vacant seat”.

Anderson has been a Sunday Mail columnist since 2007 and is the founder of Mining Family Matters – an online support network for families in mining and resources. 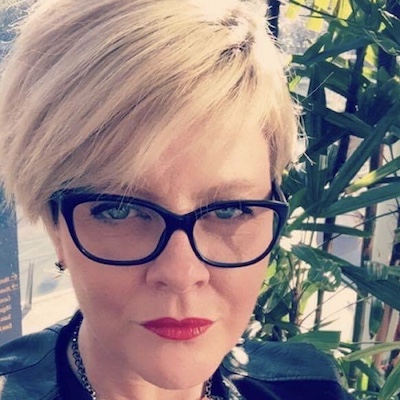 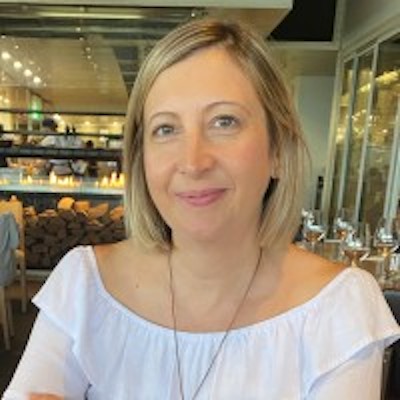 Two high-flyers hop on the wagon

Watts – who has also held marketing roles with the Adelaide Festival Centre, CIBO and Colonnades Shopping Centre – has been tasked with leading the young Prospect-based firm’s communications, business development, growth and marketing.

She joins Red Wagon along with Janine Muirhead, who has returned to Adelaide after a three-year stint in London as HR Manager with Qantas.

Muirhead has been with Qantas since 2008 in various senior HR roles, managing the recruitment of cabin crew and customer care teams.

Prior to joining the national carrier, she was with subsidiary Jetstar, working in pilot recruitment and resource coordination.

Heavy Industry Low-Carbon Transition (‘HILT’) CRC is a newly established consortium of industry, research and government funded by Australian Governments, industry and research partners to develop technologies and methods to overcome barriers to the low-carbon transition. The inaugural Chief Operating Officer/Chief Financial Officer position, reporting to the newly appointed CEO, presents an outstanding opportunity to join this organisation as it transforms the heavy industrial sector to a low-carbon future. With much of the research and program structure already underway, this appointment will now bring together the business management functions, governance, reporting and stakeholder management elements of the multifaceted operations. The successful candidate will have demonstrated capability to manage the wider operational elements of this diverse role. The ability to recognise and build practices in a new, regulated and complex environment will be key. Appropriate finance qualifications and experience in a CRC or grants/research environment will be well regarded but are not essential.

With Head Office in Adelaide, our client is a long-established and successful company with a diverse range of bespoke products and services and a significant client base across Australia. With hundreds of staff and a turnover approaching $50m, the business is poised for revenue growth and further success. Reporting directly to the Managing Director this company is looking for a senior finance professional with experience in a comparable leadership role to become the Chief Financial Officer. The successful candidate will be commercially astute and be a trusted advisor to senior management and the Board within this agile privately owned business. Strong leadership and stakeholder relationship building skills will also be important.

Water Research Australia Limited (WaterRA) is a not-for-profit, member driven, national company limited by guarantee with a key role in the Australian water industry. Due to the completion of a secondment, WaterRA is looking for a General Manager Research Services to lead the co-development, co-delivery and securing of funds for WaterRA’s program of collaborative research and capability building. As part of the Leadership Team, the role supports the CEO to achieve growth and sustainability of the business and nurture a high performing team. Applications are encouraged from professionals with tertiary qualifications in science, engineering or a related discipline appropriate to the water sector. Experience in program and contract management, team leadership, line management and the development and implementation of research processes and policies are required. The appointee must be willing and able to travel inter and intra-state from time to time to meet with members in person.

Resthaven Incorporated is a highly respected leader in the rapidly growing aged and community services sector in South Australia. Engaging a dedicated and passionate workforce of over 2,700 and with an annual turnover circa $205m, Resthaven has 35 sites across metropolitan Adelaide and regional South Australia. Resthaven Leabrook, a residential aged care home to 106 older people and is adjacent to 8 Resthaven Leabrook retirement living apartments, is looking for a Manager Residential Services following an internal promotion. Strong clinical and management skills will be required in an aged care residential environment. Strongly supported by corporate support teams, the successful candidate will have responsibility for staff development, budget management, quality and funding management together with the leadership and management of a large workforce and the generation of a positive culture. Tertiary nursing qualifications and AHPRA registration as a registered nurse are required and formal qualifications in business/ health management are highly desirable. 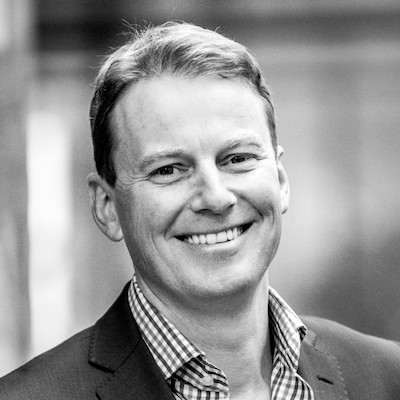 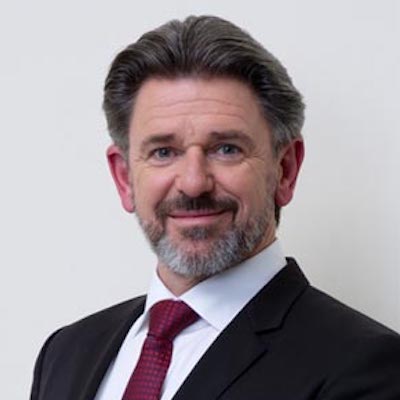 Nunn and Watkins join the Gallery

Nunn is the Executive Director and Chairman of environmental consultancy firm JBS&G, which he co-founded in 2002.

He was elevated as the state’s Chief Entrepreneur in February after three months on the South Australian Entrepreneurship Advisory Board. He is also Chair of private investment company Adelaide Equity Solutions and sits on the University of Adelaide’s Business School Advisory Board.

Hailed by the Art Gallery as a passionate supporter of the industry, Nunn’s philanthropic credentials include establishing the Nunn Dimos Foundation in partnership with his wife, Alexandra Dimos, to support arts and social causes in South Australia.

He joins the North Terrace gallery alongside Watkins, who has been with the Australian Ballet since 1993 and a member of their executive team for more than 17 years.

South Australian Art Gallery Chair Jason Karas said both Nunn and Watkins are “highly respected experts in their fields who will enhance the capability and strategic direction of our talented Board”.

“Kenneth and Andrew both bring a national perspective and commercial expertise, are passionate about making our State a better place for all South Australians and are deeply committed to philanthropy,” Karas said. 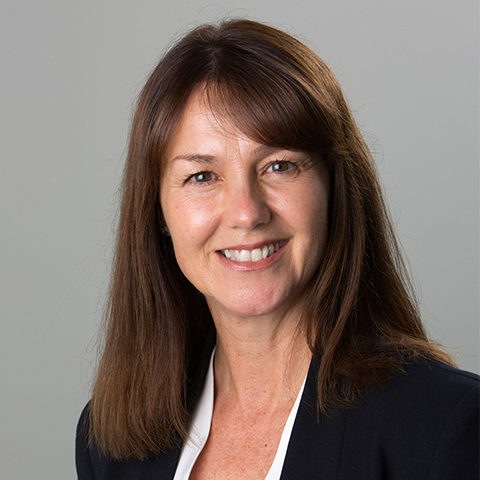 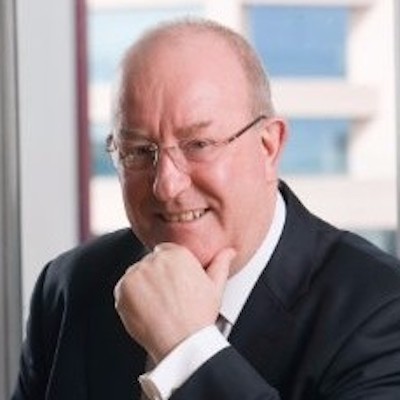 Cooper collects yet another board role

It’s the latest in a large portfolio of directorship roles for Cooper, who three weeks ago joined the board of aged care organisation Helping Hand. She currently holds board appointments with Credit Union SA, construction company Sarah Group, the Adelaide Crows Foundation and the National Council of the Australian Institute of Company Directors.

She is scheduled to take over as the Film Corp’s presiding board member on December 4, replacing former SAFC Chair Peter Hanlon, who is leaving next month to pursue a business partnership with city-based arts and entertainment hub Light Adelaide.

Cooper said she was “[looking] forward to working with the Board and SAFC team to support South Australia’s screen industry and the talented people working in the sector through production of creative, vibrant, and prosperous feature films, television, and digital screen projects”.

Also appointed at the Glenside-based screen agency last week was Taylor, who is the Founder and Managing Partner of South Australian accounting firm Meertens Chartered Accountants.

Minister for Innovation and Skills David Pisoni said Taylor is “an accomplished company director who has significant business experience and is well versed in governance and risk management”.