The Devon Park company began working with Brisbane-based Ellume just before the pandemic last year and swung into action when the Queensland company moved to adapt its rapid antigen technology for COVID-19 testing.

Entech originally planned to mass produce the electronics suite known as eStick for Ellume at its factory in Shenzen, China, but soon found that the product could be manufactured competitively at its Adelaide plant following automation upgrades to its production lines.

The electronics inside the eStick enables the test sample to be converted into data.

The company last week took out the Manufacturing category at the 2021 Australian IoT Awards.

Entech executive director Jason Reeves said the company, which has about 110 employees in Adelaide and 250 in China, had grown its Adelaide workforce in recent years to be the largest contract electronics manufacturer in the Australia/New Zealand region.

“We’re probably up more than 20 per cent on staff in the Adelaide factory over the past three years and we should be up around 40 per cent additional staff however we are right in the middle of a global semiconductor shortage so our book to bill ratio is widening,” he said.

“We are taking more orders than we are able to manufacture due to component shortages at the moment and that’s kind of stifling some of those growth figures.

“We saw Ellume was a potentially good fit for our business and it was an unfortunate yet fortunate coincidence that the pandemic happened not long after we’d met them.”

Entech began in Adelaide in 1986 manufacturing electronic circuit boards and evolved to the point where proof of concept designs and prototypes were manufactured in Adelaide before being sent off to its China factory for mass production.

Reeves said that was the plan with the eStick before factors including the pandemic caused the company and Ellume to agree on local manufacturing.

“That’s the trend we are bucking right now and during the pandemic, we’re seeing a lot more people saying ‘we want to find a way to make this cost-effective to build in Australia’,” he said.

“We are a volume manufacturer in our own right in Adelaide. We have three high-speed fully-automated production lines in this plant and we do medium volume with the occasional larger run of 10,000 to 20,000 at a time, but this Ellume case has really stretched that to the point where we were making hundreds of thousands and then over a million a month.

“We’re certainly seeing that trend but we are also aware that not every business case is going to fit that, unfortunately.

“Where you have very labour-intensive processes it’s always going to be a challenge to make that cost-effective in Australia and that’s normally the case with much smaller manufacturing runs.” 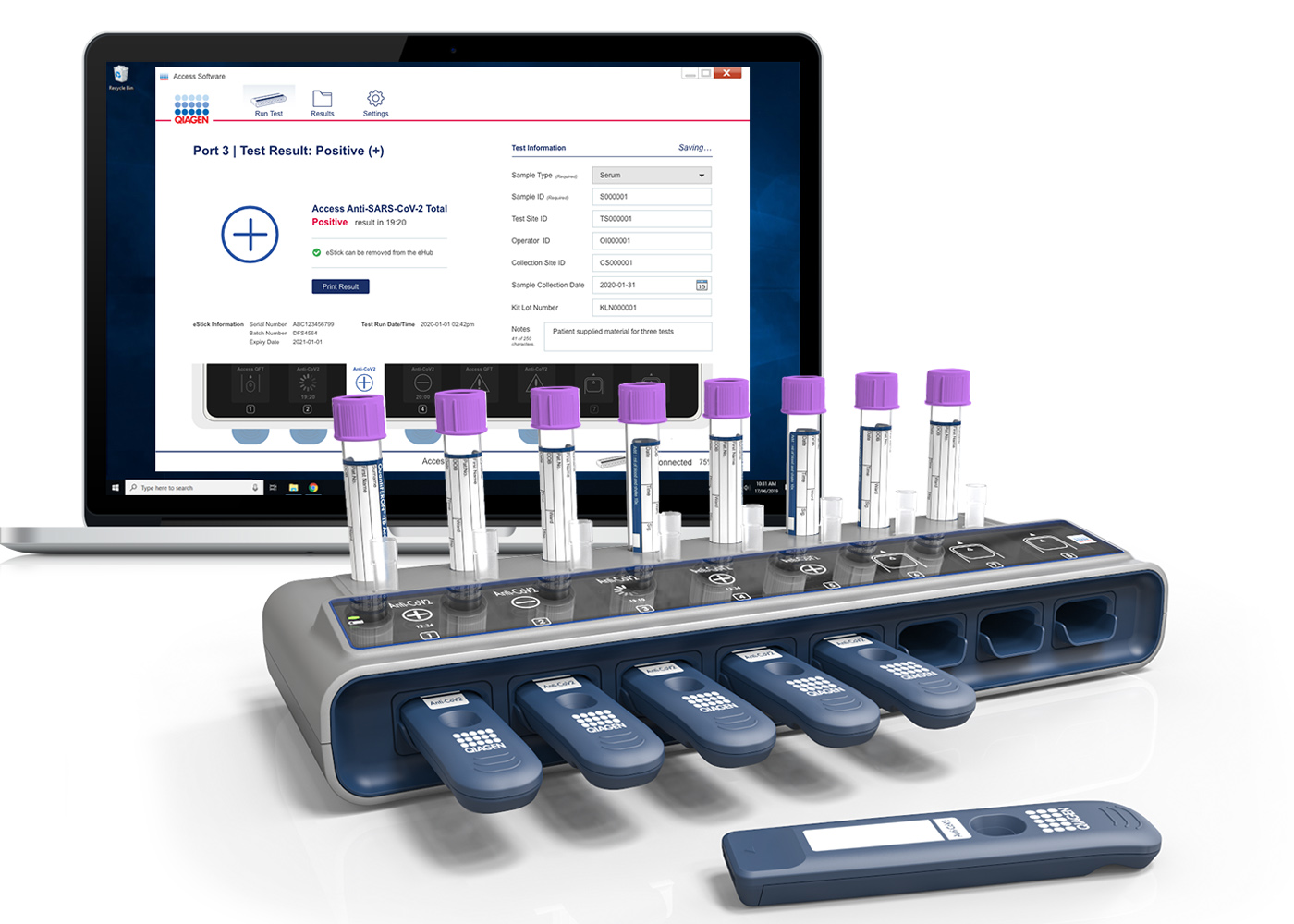 Entech updated its production lines at the Devon Park factory specifically for the Ellume project over five months last year.

Each of the three lines is now capable of placing 120,000 chips per hour.

Reeves said orders related to the Internet of Things (IoT) – devices that connected to the internet –  were growing fast to become a major part of the business.

He said automation was the key to being a globally competitive manufacturer from Adelaide.

“It was certainly a conscious decision but the technology is now available that has enabled us to do that.

“At the moment we are definitely not running at full capacity because of the chip shortage but we’re still achieving record outputs.

“There are just so many applications for remotely deployed sensors where data can be transmitted and processed in the cloud, making all sorts of information available to service providers, available to farmers, utilities companies.”

Space, AgTech and medical device industries – all areas of focus in South Australia – are heavily reliant on IoT technologies.

“Adelaide is a good place to do it – it’s been a fortunate place to do it as well as we’ve had far less closures during the pandemic than many parts of Australia,” Reeves said.

“We are also specifically a certified medical device manufacturer so that has been another key enabler for us during the pandemic.

“I think there’s definitely going to be a continuing trend of companies wanting to manufacture more in Australia.

“It’s all going to come down to market appetite – if it’s not being done cost-effectively then people will wander eventually.”

Ellume received FDA approval for its rapid antigen tests late last year and landed a $300 million deal (US$231.8 million) in February to supply the US Department of Defense.

Ellume’s home testing kits have been the subject of two FDA recalls in recent weeks following claims of false-positive results.

However, Reeves said this was in the home test kits and not related to the eSticks manufactured by Entech.