South Australian distillers have claimed more than half of all major prizes at a record-breaking Tasting Australia Spirit Awards held in Adelaide over the weekend.

This year’s event attracted 315 entries from 73 distillers across Australia – a 20 per cent increase from the 2020 awards.

Premier Stephen Marshall praised the quality and innovation of the competition’s entrants.

“It is wonderful to hold a national competition that celebrates the spirits industry,” he said.

“The distillers have shown great innovation in their entries and the growth in the number of products entered into the awards this year is testament to the importance of these awards.

“Congratulations to Never Never Distilling Co and all the Tasting Australia Spirit Awards entries from South Australia and beyond.”

For the second consecutive year, the awards were held outside of the Tasting Australia festival, which is traditionally staged in April.

The winners were determined through three days of intensive tasting by a panel of expert judges guided by the Spirit Awards Patron and World Whisky Award Hall of Fame inductee, Bill Lark.

“It was a privilege for me to oversee the intensive judging process for the Tasting Australia Spirit Awards 2021 and great to be back in South Australia for the awards,” Lark said.

“It is exciting to see the continuous growth of these awards and the creativity and innovation of the distillers year on year.

“The standard of Australian spirits has really reached a high point and everyone who entered a product this year should be very proud.” 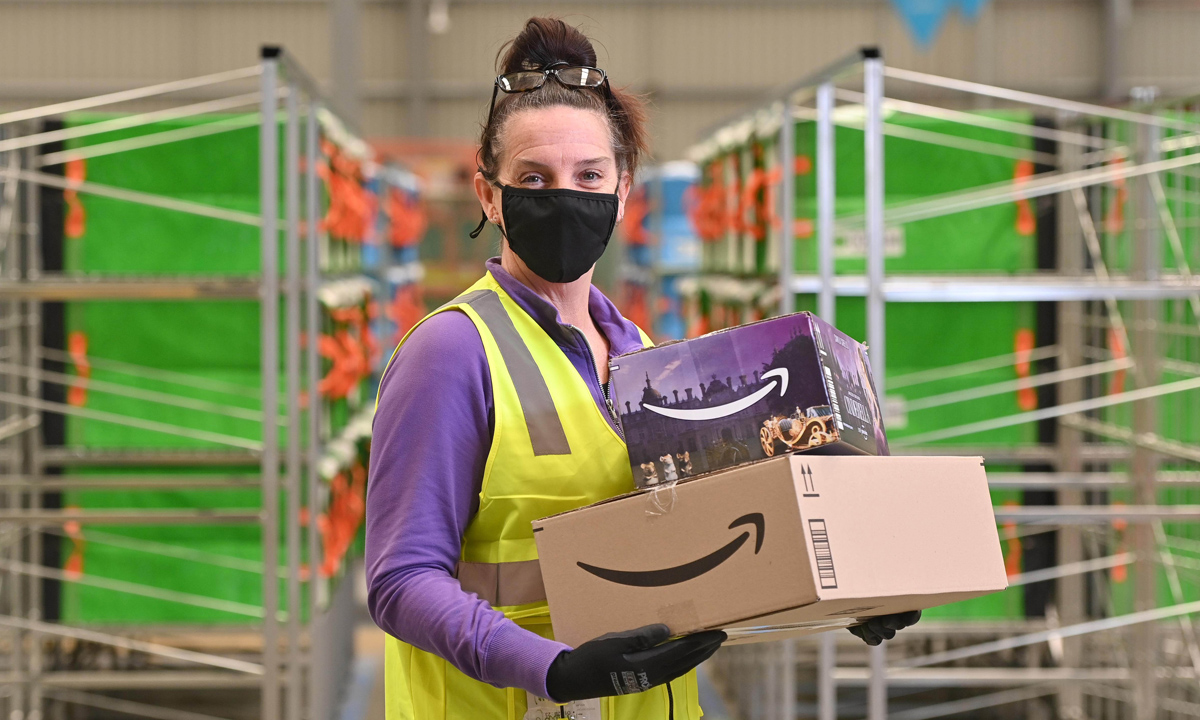 Amazon Australia has opened the doors of a new logistics site in Adelaide’s northern suburbs as the retail giant looks to bolster its Australian operations ahead of the festive season.

The site, located in Cavan, will serve as a distribution point for Amazon packages, increasing efficiency for orders in Greater Adelaide.

Amazon Australia Director of Operations Craig Fuller said the site will help boost the local economy through the creation of jobs and meeting increased customer demand.

“We’re pleased to contribute to the local economy through the creation of jobs and flexible earning opportunities for people in the area, and we look forward to delivering what our customers need and being an active member of the community,” he said.

“The opening of our new Amazon Logistics site in Cavan enables us to provide an enhanced delivery experience for customers as we head into the festive season.

“Building infrastructure closer to where our customers live enables us to deliver to them more efficiently, and with the arrival of the Cavan delivery station, people in the Adelaide region will benefit from even faster delivery promises on their orders.”

Amazon Logistics is responsible for the final stage of the order process, with the Cavan station servicing as far north as Gawler, south to Hallett Cove and east to Gumeracha.

Orders will be shipped to the Cavan site from the Amazon Fulfilment Centre before being picked up by Amazon Flex delivery drivers to then reach customers.

The appointment comes as Leigh Creek Energy looks to stay on schedule for completion of the $2.6 billion project, with EMM responsible for managing the approval process and liaising with relevant authorities.

“Partnering with EMM to assist in the development approval process is a crucial step in ensuring that the Leigh Creek Urea Project is built on time,” Mr Staveley said.

“EMM will ensure the project remains on schedule and manage the necessary documentation that will see LCUP become one of the largest infrastructure projects in South Australia and a low-cost, sovereign and secure urea manufacturer for the domestic and international market.”

The zero-carbon facility, located 550km north of Adelaide will be used to develop low-cost nitrogen-based fertiliser for the domestic and international markets using syngas from the former coal mine.

The project aims to become the largest underground coal gasification site in Australia and a globally significant producer of nitrogen-based fertiliser for agriculture.

Funding for Stage 2 of the project was secured earlier this year, with a major South Korean bank agreeing to fund the build, after the publicly-listed company raised $18 million to fund Stage 1, advancing it towards commercial production of syngas which will be used to create power sold to the national grid.

Upon completion, the Leigh Creek Urea Project will be Australia’s only fully integrated urea production facility in Australia.

Utility SA Power Networks has been recognised as one of Australia’s top 100 most innovative companies, making the cut in the AFR BOSS Most Innovative Companies List announced last week.

South Australia’s major electricity provider was the only electricity distribution utility to make the top 100, ranking fifth in the Agriculture, Mining and Utilities category after being selected from over 700 organisations nominated across Australia and New Zealand.

Published by the Australian Financial Review, the Most Innovative Companies List is judged by innovation consultancy company Inventium, as well as a panel of industry experts.

Judges assess a specific innovation as well as each company’s innovation strategy and culture.

SA Power Networks was recognised for its work in increasing the export limits available for the distribution of power within its network.

The increased capacity will create the opportunity for virtual power plants as South Australia continues to adapt to the growing demand for distributed energy resources (DER) such as solar panels, batteries and electric vehicles.

SA Power Networks Head of Corporate Affairs Paul Roberts said the company was “thrilled” to be recognised for its innovation programs.

“It’s easy when people look at a traditional poles and wires business like ours to assume we are not innovative,” he said.

“As an organisation, we have been working hard to create a more innovative culture and were able to demonstrate to the judges the way in which we are maturing our organisational approach with a focus on delivering better outcomes for our customers and community.

“We welcome the power of possibility these changes are creating.” 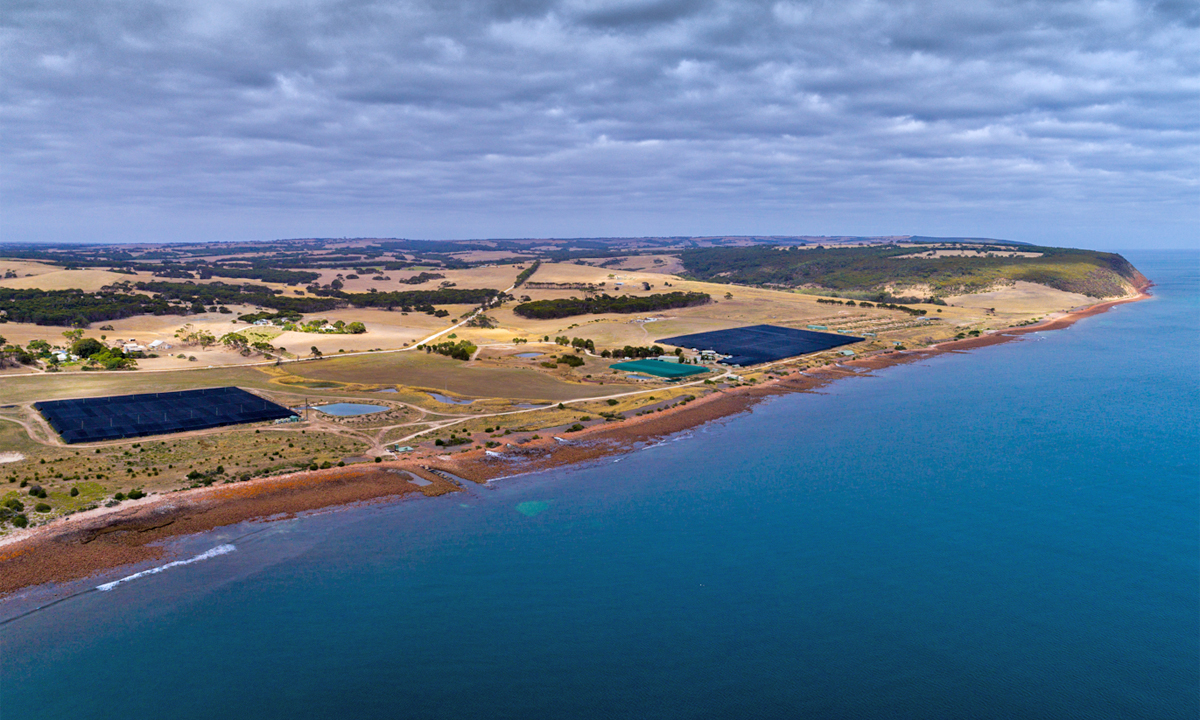 The certification has been awarded to all four of Yumbah’s land-based abalone farms including its Kangaroo Island and Port Lincoln locations.

The ASC is recognised as a global standard for monitoring and regulating sustainable farming in the seafood industry and the certification comes as a marker of the company’s continued growth.

Yumbah chief executive David Wood said the certification was a significant milestone in the company’s journey to being Australia’s leading shellfish aquaculture producer.

“Aquaculture Stewardship Council is a global benchmark for sustainable farming practices and having all four farms officially certified is testament to the hard work of our people to attain this,” Wood said.

“As we continue to invest in Victoria, South Australia and Tasmania, it’s important we match our growth ambition with a commitment to meet and exceed international environment and consumer standards.”

The Wingfield-based company recently announced it would push ahead with its planned Kangaroo Island expansion after purchasing a historic grazing property adjacent to its Smith Bay abalone farm on the island’s north coast.

Flinders University has announced several new Matthew Flinders Professorial Fellowships, as the educator hopes to further its research efforts across several disciplines in 2022.

Professors Janovjak and Vasilev will join the Flinders Health and Medical Research Institute in early 2022, and Dr MacGregor will join the College of Science and Engineering in November, moving from the University of South Australia to become a research fellow, while Professor Goodwin-Smith has already commenced his role as Matthew Flinders Professor of Social Impact in the College of Business, Government and Law.

“I very much look forward to joining the College and University, to establish innovative research programs and capabilities across disciplines,” Professor Janovjak said.

Earlier this year Flinders also announced three Matthew Flinders fellowships at the Caring Futures Institute in the College of Nursing and Health Sciences.

Professor of Cancer Nursing Raymond Chan was appointed Director of the Caring Futures Institute, while Professor Gillian Harvey and Dr Elizabeth Lynch moved from the University of Adelaide to join the institute.

Family-owned fashion retailer Peter Shearer Menswear will open its fourth SA shopfront, with the company set to open its Gawler store this month.

The refurbished space at 98 Murray Street will be the latest addition to the retailer’s existing operation which has stores in Glenelg, Rundle Mall and Mount Barker.

“The Directors are proud to be part of Gawler’s continued emergence as a vibrant and prosperous place to live and work,” he said.

“We look forward to getting to know the locals as we encourage men of all ages that understand style, respect service, recognise quality, and value advice to let us assist them.”

According to Peter Shearer, the company is the largest independently owned menswear retailer in South Australia and employs 50 people across its operations.

The new store will open on Monday 25 October.