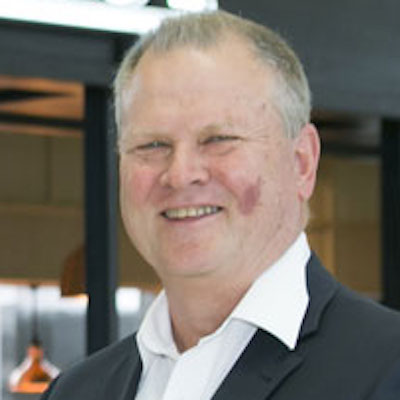 Adelaide Airport Managing Director Mark Young will retire from his role at the end of the year after 21 years as an executive with the company.

Young joined the airport in 2001 as Chief Financial Officer and was promoted to Managing Director in 2011.

The outgoing executive touted Adelaide Airport’s “solid position” despite the pandemic, highlighting the airport’s terminal expansion due to be completed by the end of the year and “positive route development” with new airlines during his time at the helm.

He said the time was now right to pass onto a new Managing Director to lead Australia’s fifth busiest airport through its next phase.

“I am fully committed and energised to deliver the strategic initiatives that are required in my remaining term, and to lead the team that will pass to the next Managing Director,” Young said.

Adelaide Airport’s board has flagged its intention to fill the vacancy before the end of the year.

Airport Chairman Rob Chapman said Young has overseen a period of “extraordinary growth” for the airport, which saw more than nine million passengers through its gates in the year before the pandemic hit.

“Under Mark’s leadership we have seen several years of double-digit growth and welcomed Emirates, Qatar Airways and China Southern to Adelaide for the first time,” Chapman said.

“He has also overseen the current terminal expansion project and significant property development with the likes of Mitsubishi and OZ Minerals now headquartered at Adelaide Airport.”

Prior to joining Adelaide Airport, Young held senior finance roles with Macmahon Holdings in a 20-year stint with the construction group. He is also a former board member of the South Australian Tourism Commission.

He said he is looking to pursue new non-executive director opportunities once his time is finished with the airport. 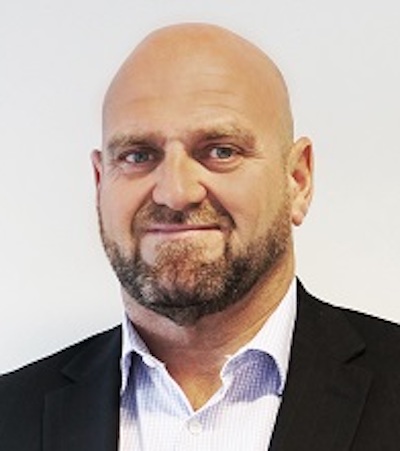 Spinks joined AnglicareSA in November last year and has been acting in the executive role since June.

His permanent executive appointment at AnglicareSA comes after Daniel Aitchison vacated the post to take on the role of CEO at Clayton Church Homes – an aged care provider in metropolitan Adelaide and the Hills.

Across a 25-year career, Spinks has held a number of senior positions in Adelaide and Perth, including Director and General Manager roles at Southern Cross Care WA, and executive roles with Baptistcare in SA.

Spinks is also currently serving as a Board Member at Multicultural Aged Care – a government-funded advisory body providing recommendations on culturally appropriate delivery of services.

“Graydn is committed, with the rest of the aged care team at AnglicareSA, to enabling older people to derive meaning and purpose from their lives,” Reubenicht said.

“We look forward to Graydn’s leadership and the impact of his passion for creating customer-focused solutions that provide choice and flexibility for older and vulnerable Australians, enabling them to remain connected with and contribute to their community.”

AnglicareSA employs more than 1800 staff alongside 500 volunteers who, according to the organisation, support more than 60,000 South Australians every year. 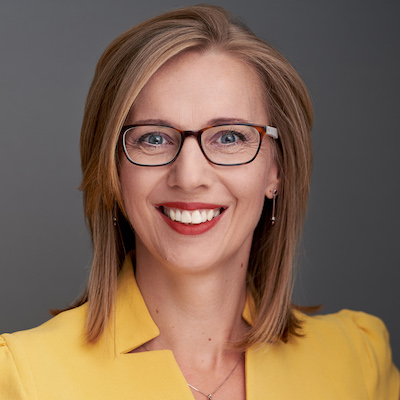 Touted as a “powerhouse” by her new employers, Pavlik joins after nearly two years as CEO of Silicon Aurora – a subsidiary of thermal energy storage company 1414 Degrees responsible for delivering the Aurora Solar Energy Project near Port Augusta.

Her new role will see her responsible for client partnerships at ZEN Energy, which, according to the company, have already installed 30,000 renewable energy systems across Australia.

“Marie brings invaluable commercial insights from across the industry and reinforces our commitment to fully embrace science-based targets, driving change and lead communities and businesses into the Zero Carbon world.”

ZEN Energy was founded in 2004 by South Australian entrepreneur Richard Turner. The company, which has since expanded its offices to Melbourne, sells solar panels and battery storage solutions both to individual customers and major retail clients such as the State Government and the CSIRO.

The company became a subsidiary of Sanjeev Gupta’s GFG Alliance in 2017 before demerging last year.

Australian Gas Infrastructure Group (AGIG) is a leader in its sector, managing critical gas infrastructure across Australia through its gas businesses that include Australian Gas Networks, Dampier Bunbury Pipeline and Multinet Gas Networks. Reporting to the Executive General Manager, Corporate and Regulation, the national Head of Compliance is responsible for managing the development and implementation of AGIG’s national compliance risk management practices across the organisation’s business processes and operations. Applications are welcome from compliance professionals with a background in areas such as commerce, economics, law, policy or engineering. Experience in the energy industry or a similarly highly regulated environment will be an advantage. The position may be based in either Adelaide, Melbourne or Perth.

Investigator College is a world-class ELC to Year 12 Anglican College located at Victor Harbor. A unique opportunity now exists to lead ‘Little Investigators’ from 2022 as Director ELC. A boutique Early Learning Centre known for its excellent programs for 3 and 4 year olds, the Centre is amongst the nation’s finest. Reporting to the Head of Junior School, the Director will lead the vision for the Early Years Program and support the staff to implement this vision. Early Childhood educators aspiring to or already experienced in leading an ELC operation are encouraged to apply.

Established in 1944, The Barossa Co-op is Australia’s largest and longest standing retail co-operative. Reporting to the Human Resources Manager, the HR Generalist is a pivotal role that supports the people, safety, compliance and service initiatives for the co-op’s 12 diversified retail stores and associated support functions. A sound understanding of awards, ER and IR matters and payroll processing is essential. This role presents a unique opportunity to join a passionate and dedicated team and make a valued contribution to a people focused, enterprising organisation.

Pilgrim Uniting Church is a part of the Uniting Church in Australia, which was formed by the Union of the Methodist, Congregational and Presbyterian Churches. Situated in the centre of the CBD, Pilgrim’s mission is to generate new life and vitality in the City of Adelaide. Reporting to the Business Manager and working closely with the Pilgrim Church Council and the Communications and Media Committee, this newly created, part-time, Communications and Media Coordinator role will be responsible for leading the development and implementation of a comprehensive communications and media strategy. The successful candidate will demonstrate strong stakeholder engagement and community partnering skills and the ability to stay abreast of contemporary social media, audio visual and website management trends. 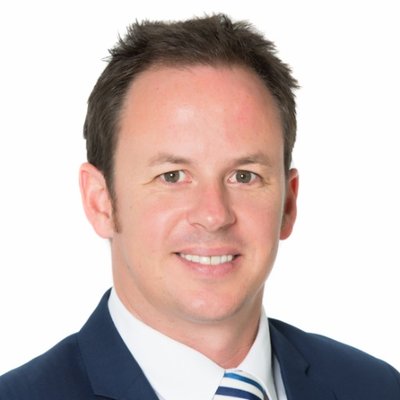 With a background in commerce, Rayner is an inaugural member of the State Government’s AgTech Advisory Group. He was also General Manager of Consumer Business at the Adelaide Crows from 2014 to 2016.

Rayner said he would be responsible for managing the company's supply chain, logistics, engineering, production and Australian sales functions.

He said his previous role with Myriota had given him "invaluable" insights into the "challenges of taking a high tech solution to the global market".

"While the technologies may be different, the fundamental concept of satisfying global demand for an agricultural solution from Australia is consistent," he told InDaily.

"[Kelly Tillage] is in a great spot where its proven technology is meeting the increasing global demand for sustainably grown food, and I am very fortunate to be able to join the company at this exciting time." 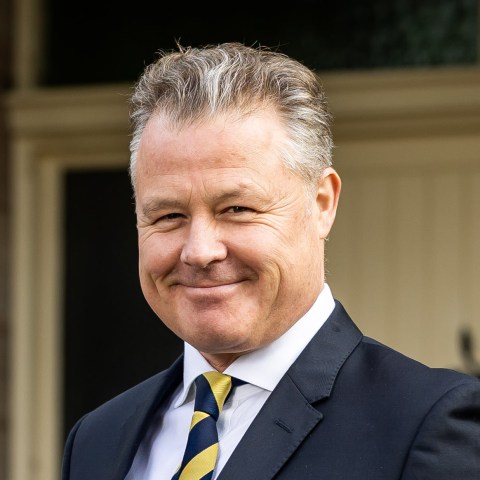 Residential college Chair to step down

Roland Roccioletti will step down from his role as Chair of Lincoln College at the end of the year, following the expiry of his six-year term.

Roccioletti joined the Uniting Church residential college in 2016 alongside his role as Managing Director of business consultancy firm Future Proof Advisory, where he has been since 2007.

He also holds board roles with Harness Racing SA and Melbourne’s Prahran Market.

Lincoln College – which hosts more than 200 university students at its Brougham Place campuses, the majority of which are from South Australia’s regions – said Roccioletti’s leadership was instrumental in strengthening the college’s relationship with international student markets in Singapore and Malaysia.

CEO Paul Tosch said Roccioletti’s contribution to the residential college has been “significant”.

“He came on board at a time of need when the College was facing numerous challenges and has since overseen a transformational change in our business practices and mindset,” Tosch said.

“While profit isn’t our primary motivation, the College is now in a stronger financial position than ever before, which … is critical to being able to deliver our unique model of holistic and supportive residential accommodation.”

Roccioletti said he was looking forward to exploring new board opportunities at the conclusion of his term, and said the college now has a model to expand its international student network to North America, the UK and New Zealand.

Lincoln College is now accepting applications for the vacant chair role, with the college inviting professionals with previous board experience and “strong commercial and business acumen” to apply. 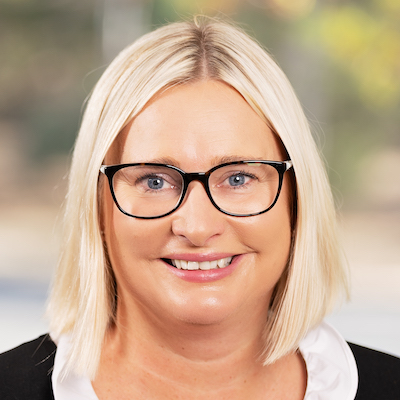 Her most recent positions prior to joining Turner were with Better Business Basics as Recruitment and Internal Brand Manager, and Manager of People and Culture with GPEx – a training organisation for regional South Australian GPs.

She will work alongside Scott Collins who has been appointed Sales Partner.

Collins previously worked with the Department of Infrastructure and Transport on residential valuations and gained international selling experience during a stint with global real estate agency Colliers International. 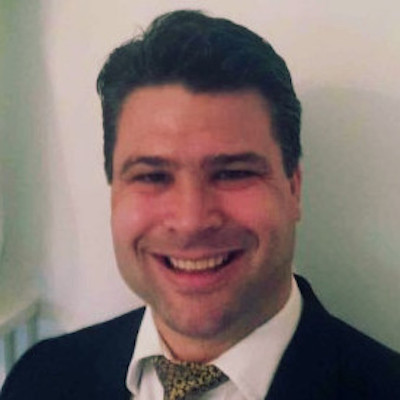 He will continue as RANZCP SA Branch Chair while in his new executive role with CALHN.

An outspoken critic on the need for reform, Furst said he was “excited” about the “challenging” new role.

“We are excited for him to join us here at CALHN and strengthen our existing mental health service and prison health team,” she said in a staff email.

Dwyer also said the health network would soon be announcing the appointment of a new Mental Health Program Delivery Manager.