Adelaide-based lithium developer Core Lithium has announced a $140 million equity raise to fund the development of its Finniss Lithium Project in the Northern Territory.

The company opened the offer on Friday, which consists of a fully underwritten placement to raise $91 million at a price of $0.31 a share, a share subscription agreement with Ganfeng Lithium to raise $34 million at $0.338 per share and a share purchase plan to raise up to $15 million at $0.31 per share.

The plan closes on Thursday, September 2, with its results announced on September 7.

Core Lithium this year received federal major project status for the Finniss Lithium Project, which aims to be Australia’s first lithium mine outside of Western Australia.

The company’s immediate goal is to export spodumene concentrate from the Finniss Project, located 25km from Darwin Port, and says it is on track to commence construction before the end of this year, subject to financing, with the first production by the end of next year.

Lithium is used to make batteries and is becoming increasingly in demand alongside the rise in popularity of electric vehicles and renewable energy storage systems.

Visy Recycling has been appointed operator of the Central Adelaide Waste and Recycling Authority’s new material recovery facility at Kilburn.

CAWRA’s $23.2m facility is in its final stages of construction and will receive recyclables from household yellow lidded bins from Charles Sturt, Port Adelaide Enfield, West Torrens, Mount Barker and Murray Bridge councils when it opens in September.

Under the new arrangement, CAWRA and Visy will work together to channel South Australia’s recyclables back into the South Australian manufacturing economy. Paper and cardboard processed at the facility will be used as feedstock for Visy’s recycled paper mills to go into new food and beverage packaging.

“It means we will always have somewhere for our recycling to go, right here in Australia and, we will keep this local, in South Australia, at every opportunity to help grow our local circular economy,” CAWRA Executive Officer Rebekah Schubert said.

“Visy Recycling is Australia’s largest and most experienced recycling company.

“They bring not only their knowledge and expertise in running recycling plants but also their extensive network of Australian reprocessing facilities to recycle everything from paper and cardboard to a wide range of plastics and glass.” 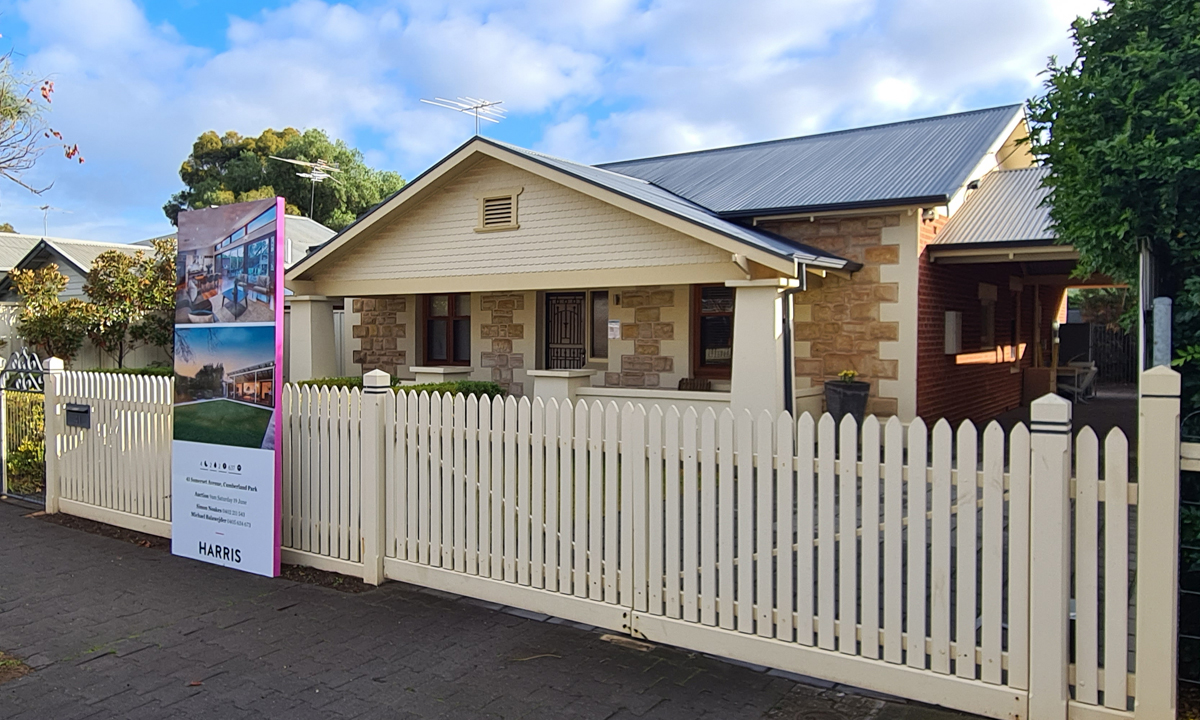 A sharp increase in the number of interstate buyers purchasing homes in SA is helping to drive the market. Picture: Andrew Spence

Increasing numbers of interstate buyers are snapping up South Australian properties according to data released by the Real Estate Institute of SA last week.

REISA chief executive Barry Money said the jump in interstate buyers was consistent with ABS figures that showed an influx of an additional 650 residents into SA in the March quarter.

“In raw numbers, buyers from Victoria and NSW/ACT again led the charge, though larger percentage increases came from smaller bases in the NT and Tasmania,” he said.

“A solid proportion of these buyers would be investors, attracted by the great value and return from property here but we believe the more significant driver is the state’s continued inward migratory flow.

“Since we started these analyses as early indicators of the success of South Australia, REISA has stated that the appeal of the South Australian lifestyle, safety and turnaround in the economy have been the key driver.”

Rare clay explorer Andromeda Metals has entered a joint venture with privately owned Peninsula Exploration to more than double its tenements on the SA’s west coast.

Adelaide-based Andromeda raised $45 million across two capital raises in July as it edges closer to production at its Great White Kaolin Project near the tiny township of Poochera.

The Great White Kaolin Project is a joint venture between Andromeda and fellow SA company Minotaur Exploration with Andromeda owning a 75 per cent stake.

Andromeda lodged a mining application for the project with the State Government in February.

It hopes to begin mining the rare clay next year.

Adelaide Fringe has renewed its sponsorship deal with principal partner BankSA for a further two years.

Since the partnership began in 2005, Adelaide Fringe ticket sales have more than quadrupled, cementing the festival as the highest ticket selling multi-art form festival in Australia.

Adelaide Fringe chair Kate Costello said having such a positive and enduring partnership with BankSA had helped Adelaide Fringe become one of the largest arts festivals in the world.

“The stability that comes from having a Principal Partner for 16 years has made a huge difference to Adelaide Fringe and with this renewal of our partnership with BankSA, we look forward to delivering greater cultural, social and economic benefits to the state,” she said.

BankSA State General Manager, Consumer, Ben Owen said the relationship was as strong as ever.

“This partnership is an investment in the Fringe, as well as into the wider South Australian community and economy,” he said.

The 2022 Adelaide Fringe will also see the return of the BankSA supported pre-sale, when tickets go live on December 1, exclusively to BankSA customers, and a 25 per cent discount through the BankSA Cardholder promotion. 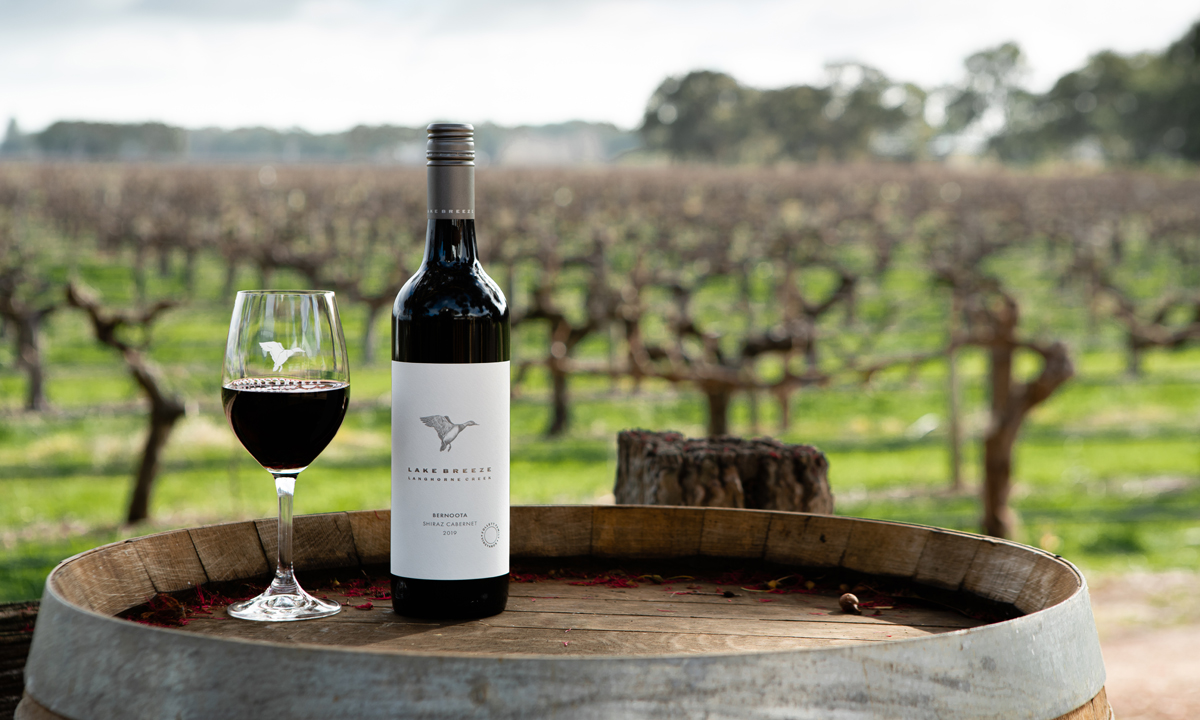 Langhorne Creek’s Lake Breeze was awarded Best Value Winery while Penfolds, Yalumba and Seppeltsfield were each awarded 99 points for their varietal winners.

Surprisingly, four of the seven major award winners were Victorian, including Yarra Yering, which took out Winery of the Year and wine of the year with its 2019 Dry Red No. 1.

Held online due to the Victorian lockdown, Thursday night’s awards included a short-list created from more than 9000 entries, which were judged by all seven members of the Halliday tasting team for the first time.