The startup was founded in 2018 by Bill Waterhouse and Andrew Robertson and its online platform is now being used by more than 800 real estate agents across Australia.

RESO is designed to host the private treaty sales process in an online portal and also has a ranking feature that lets prospective buyers see where their offer sits in a leaderboard-style ranking.

The ranking process does not disclose exact bid amounts but gives prospective buyers an indication of how close they are to the top of the list before final offers are called. It also aims to introduce an element of competition to maximise vendor returns.

Vendors pay a fee to the real estate agent to have RESO included as part of the sales process.

The platform does not replace traditional marketing programs or open inspections but kicks in once potential buyers register interest in a property.

It is then used as a portal for paperwork to be viewed and filed and for offers to be lodged.

After initially being licensed for use in South Australia, Western Australia and Queensland in 2018, RESO launched in Victoria and New South Wales in May and has now been used in $750 million worth of sales across about 1600 properties.

RESO CEO Kate Chalk said the COVID-19 pandemic had driven the growth of RESO because it had fast-tracked the uptake of online services and also benefitted from a massive real estate boom.

She said while auctions often grabbed the headlines, private treaty sales accounted for about 80 per cent of real estate transactions in Australia.

“There’s a huge buyer demand at the moment and agents are getting offers by text message, by email, Facebook Messenger, LinkedIn and in all sorts of ways from all sorts of buyers and this is one streamlined process in one product,” Chalk said.

“We’ve been able to find a way to put some transparency into that private treaty process, which no one else has done in Australia.

“It’s really good for the vendor because they can get a much better price and the buyers also get much greater transparency around where they stand in the ranking system.

More than 28,500 buyers have been invited into the platform with the majority of the growth happening in the past year. 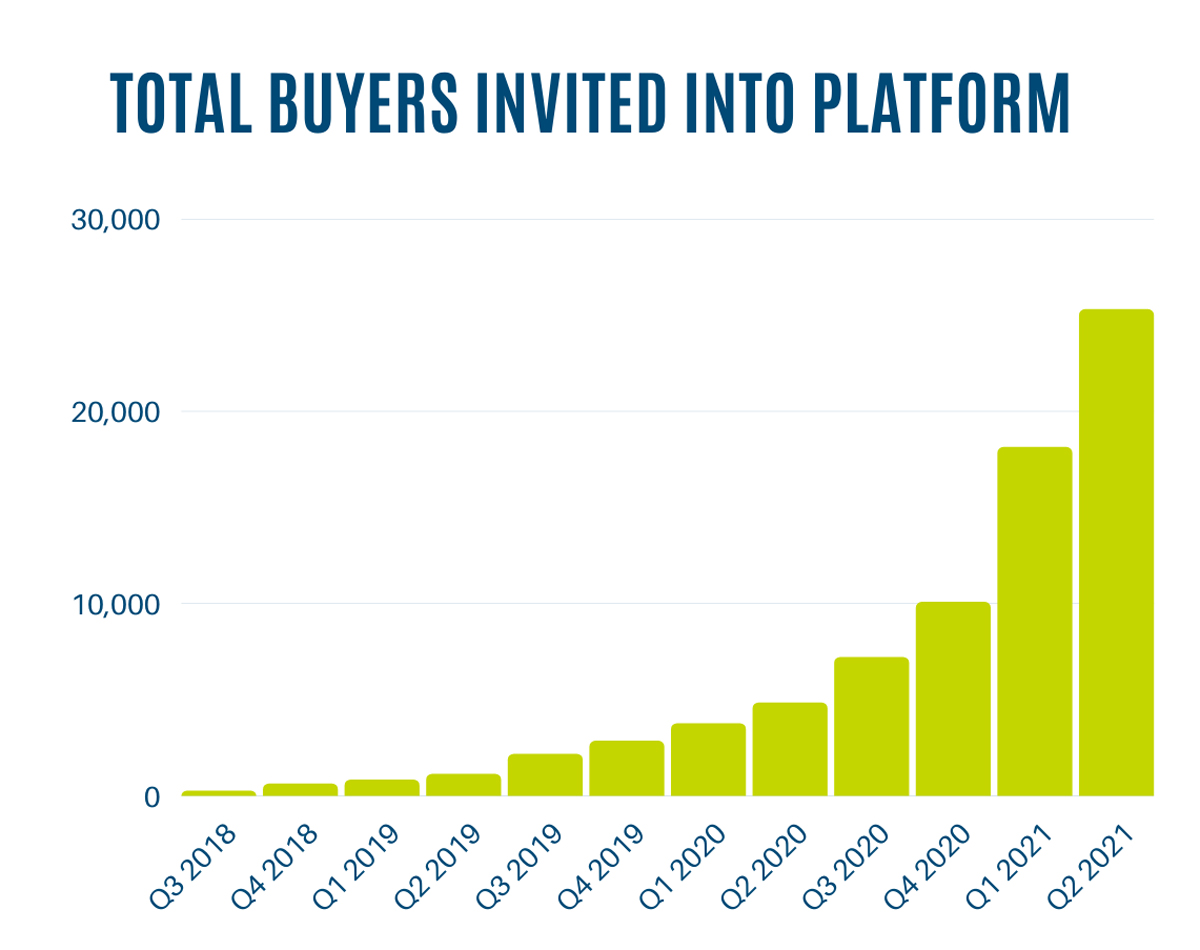 Chalk said during COVID lockdowns the sale cycle using RESO has shortened dramatically to an average of just 14 days.

“There is so much buyer demand and the supply is low so you are able to run quick sales that involve every single buyer who is interested,” she said.

“The vendor decides to sell, they appoint an agent and agree on the marketing process, they hold open inspections and then that’s when they start using RESO.

“COVID has been unfortunate for a lot of businesses but for us it’s just brought forward a lot of development and people’s willingness to transact everything online.”

The company plans to list on the Australian Securities Exchange in late 2022 or early 2023 after launching a pre-IPO to raise $3 million to fast track its growth.

The first New Zealand agent is expected to be signed up to use the platform in the coming weeks. Longer-term plans to launch into Asia are also underway.

Chalk said the business aimed to attract another 500 agents to the platform before the IPO.

“We need that time to make sure we’ve cemented ourselves down the eastern seaboard because that’s where more than 50 per cent of property sales are and we want to be well embedded there as well,” she said.

“There are a lot of online auction platforms but no private treaty only platforms and there is no one that does that ranking process that we’ve seen anywhere in the world in real estate.

“It’s a really big transaction for someone – they only do this two or three or four times in their lifetimes so it’s not like getting an Uber.

“We’re not trying to disrupt the industry, we’re just trying to make it a lot easier for the agents and buyers and with the ranking trying to get a higher price for the vendor.”