The company’s association with Cameron of Tasmania began in 2016 when the two entered a joint venture to establish the Yumbah Hatchery at its Port Lincoln site following the outbreak of Pacific Oyster Mortality Syndrome (POMS) in Tasmania.

The outbreak led to a ban on bringing Tasmanian oyster material into SA, which threatened to derail the local industry as about 80 per cent of oyster spat had previously been brought in from the island.

Yumbah chief executive David Wood said bringing Cameron of Tasmania into the Yumbah portfolio was a natural progression for the two companies.

He said the multi-million-dollar acquisition of Cameron will see Yumbah expand its shellfish production operations across the nation by 20 per cent. 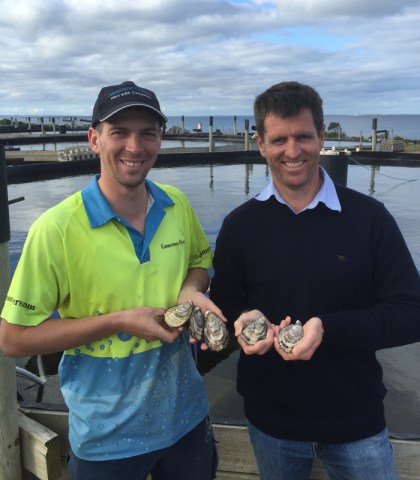 “Acquiring a like-minded, established and scalable business like Cameron’s, with whom we already have a strong working relationship, further represents Yumbah’s ambition to be Australia’s leading shellfish aquaculture company,” Wood said.

“With these two acquisitions paired, we’re positioned for future growth, and we see a very positive future for Australian shellfish farming,” said Wood.

Cameron of Tasmania operates on the state’s east coast and since it began in 1971 has weathered more difficulties than most.

In the past decade, the business has rebounded from the destructive 2013 Dunalley bushfires and, three years later, POMS which decimated $1.5 million of Cameron’s baby oysters in just one day.

Cameron of Tasmania general manager Ben Cameron will continue in the role and will take a seat on the Yumbah board. The renowned Cameron name and staff will be retained.

Cameron said the decision to join forces with Yumbah was based on a proven working history and the opportunities the onshore abalone-focused Yumbah could bring to his family business.

“Yumbah’s an innovator, as we’ve seen with its drive for vertical integration and commitment to research and development, so it’s exciting to be able come together with Yumbah on a larger scale and continue to bolster the shellfish farming industry,” he said.