Northern suburbs listed company AML3D announced on Friday it will establish a Research and Development facility at the Tonsley Innovation District in conjunction with Flinders University and BAE Systems Maritime Australia.

In the same week as it released plans to cut up to 130 full-time staff to address a looming $22 million shortfall, the University of Adelaide on Friday announced its involvement in a new training centre to optimise mining technology and deliver up-to-date training for the next generation of miners.

The AML3D R&D facility will be set up in Tonsley’s ‘Factory of the Future’ under development by Flinders University and BAE Systems Maritime Australia.

It will include the establishment of one of AML3D’s Arcemy 3D printing and robotic welding units at Tonsley.

An Arcemy unit at AML3D’s Edinburgh Parks factory has this month been used to 3D print a 150kg tooling part for global aerospace giant Boeing.

“The development of new manufacturing techniques and technologies within a factory-like environment will ultimately be adapted to the state-of-the-art digital shipyard at Osborne, and beyond,” she said.

“This supports the growth of an enduring and uniquely Australian sovereign industrial capability that supports the nation’s continuous naval shipbuilding strategy for generations to come.”

Flinders University students will be able to participate in the design and delivery of metal additive manufacturing research projects and operation of the Arcemy unit, together with training modules relevant to the Factory of the Future and digital shipbuilding requirements.

He said the collaboration with the University of Adelaide would bolster its capabilities, which to a large extent have developed in parallel with work being done at AIML.

“This agreement reflects a concerted and co-ordinated effort to further accelerate our already substantial technical capability in this area and reinforce our position as a global leader,” Deuter said.

Adelaide-based Aerometrex is a 30-year-old company that listed on the ASX in December 2019 and has a market cap of about $76 million.

It produces aerial photography, photogrammetry, LiDAR, as well as high resolution, high-accuracy 3D modelling for a range of industry and government clients.

The agreement comes as the University of Adelaide launches the Australian Research Council (ARC) Training Centre for Integrated Operations for Complex Resources (IOCR).

The centre will deliver the next generation of scientists and engineers in sensors, data analytics and artificial intelligence to increase value in the mining and processing of complex resources.

The four-year $11.75 million project, which involves three universities and 18 industry partners through the ARC Industrial Transformation Research Program, is led by the University of Adelaide’s Professor Peter Dowd who is Professor of Mining Engineering at the School of Civil, Environmental and Mining Engineering. 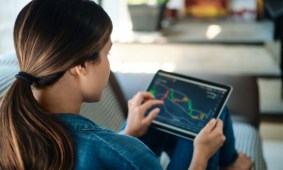 Is it a good time to jump into the Aussie share market?

“The Centre will produce future leaders in advanced sensors and data analytics for complex resources.”