Eight of the state’s biggest 10 companies recorded significant gains in the financial year, which finished last week, taking their combined market capitalisation to $43.69 billion, up from $30.35 billion on July 1, 2020.

The gain was almost double the 22.7 per cent increase in the ASX 200 for the year and is also 25 per cent up on the July 1, 2019 figure – before the coronavirus pandemic ravaged global markets.

However, much of the gains were contributed by three companies that were boosted by a series of acquisitions and a miner whose production ramp-up coincided with booming gold and copper prices.

It also purchased a number of consumer providers including Harbour ISP and LBNCo.

At the end of the financial year, Uniti’s market capitalisation had increased a whopping 262 per cent for the year to $2.23 billion and lifting it from 10th to seventh on the list of the state’s biggest ASX-listed companies.

Uniti was included in the ASX200 for the first time last month.

Booming Mawson Lakes technology company Codan Limited completed the acquisition of two US communications companies for a combined $174 million in May and June.

The company was included in the ASX200 in March after announcing a statutory net profit after tax of $41.3 million for the half-year ended  December 31, 2020. 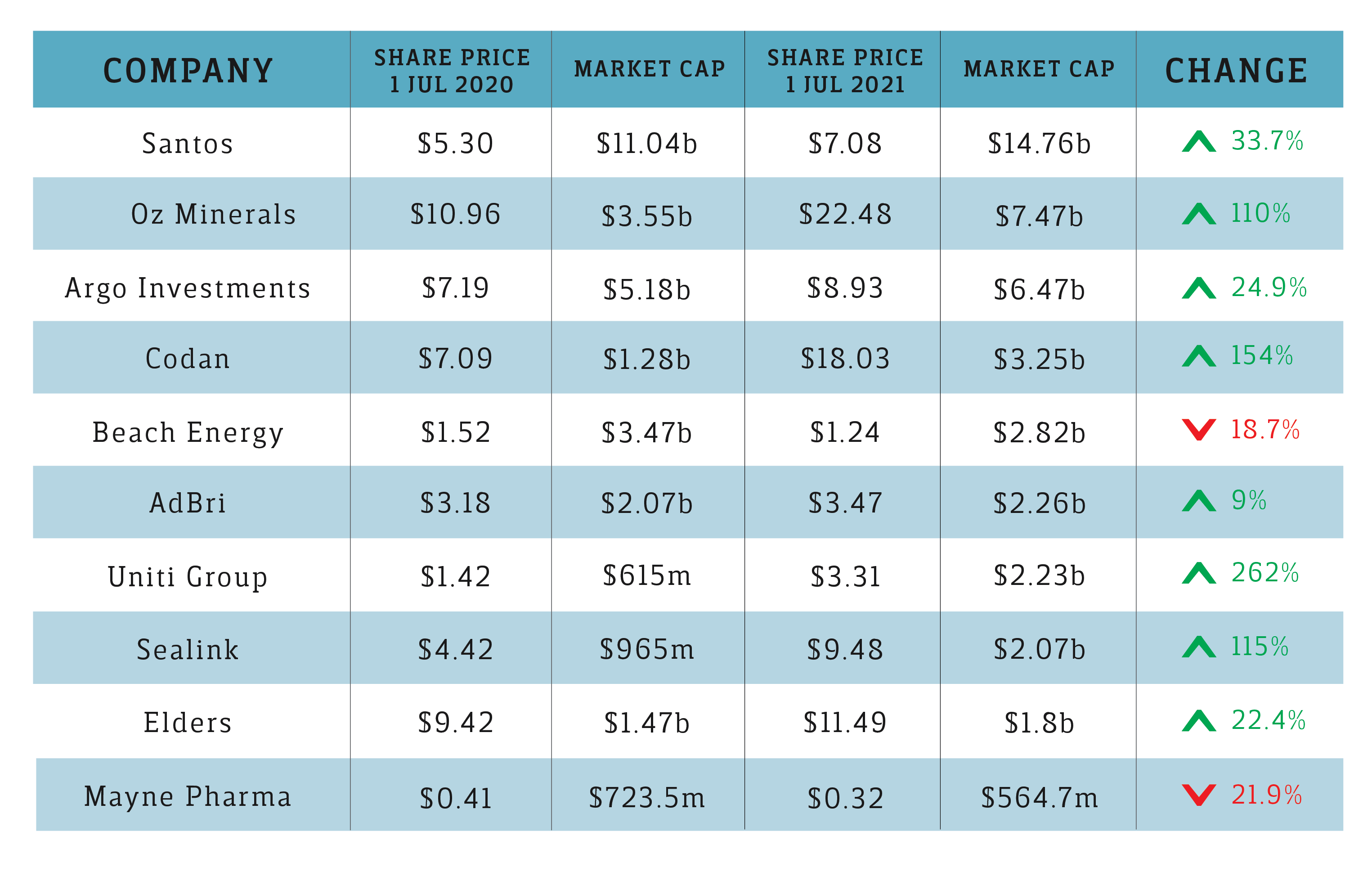 At the end of the financial year last Wednesday, Codan’s market cap was $3.25 billion and its shares were trading at $18.03, almost five times their value at July 1, 2019.

In May this year, it also announced the acquisition of WA bus operator Go West Tours for $88.5 million as it continues to bolster its national and global transport holdings.

The Australian and international bus components of the business now contribute more than 80 per cent of the company’s revenues and have helped its market capitalisation increase 115 per cent to $2.07 billion in the 12 months to June 30.

Adelaide-based mining company Oz Minerals has not made any major acquisitions in the past year but the ramping up of production at its Carrapateena copper-gold mine in the state’s north and surging gold and copper prices have helped it jump up the list to be SA’s second-largest listed company.

Oz Minerals reported a 30 per cent increase in its net profit after tax to $213 million for the 2020 calendar year. This helped its share price soar to $22.48 at the end of the financial year and achieve a market cap of $7.47 billion.

Listed investment company Argo Investments dropped one place to No.3 on the SA list, despite improving its position for the year by 24.9 per cent.

The company’s share price is directly linked to the performance of its shares so the fact its price outperformed the ASX200 for the year is likely to be seen as a positive after a challenging 2020 financial year.

Santos is still clearly the still the state’s largest public company and increased its market value by 33.7 per cent for the year.

Despite the strong recovery in the 2020-21 financial year after a disastrous coronavirus-led slump 18 months ago, its market cap is only slightly ahead of the $14.59 billion it was valued at on July 1, 2019.

The only two SA companies in the top 10 to lose market value in the year were oil and gas company Beach Energy and pharmaceutical firm Mayne Pharma, which relies heavily on US sales.

Of the notable local performers not headquartered in SA, NZ-owned SkyCity, the operator of Adelaide’s casino, improved its share price from $2.44 at the start of the financial year to $3.35 last Wednesday to end the financial year with a cap of $2.47 billion. 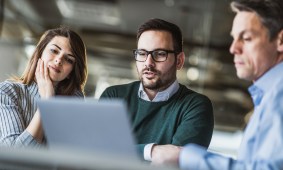 Australia’s largest listed wine company Treasury Wine Estates –  the owner of Penfolds – weathered a difficult financial year impacted by Chinese tariffs to finish up 6.8 per cent with a share price of $11.68.