Combined, the two Singaporean start-up companies supply 2300 e-scooters across the Adelaide CBD and a select few inner suburbs, with their conspicuous presence on the city’s streets coming just two years after the first e-scooters rolled into the Adelaide market.

Both utilise mobile apps to charge a $1.00 unlock fee for each ride, with Beam and Neuron levying $0.38 and $0.45 on users respectively in a pay-per-minute pricing model.

Since winning the tender to operate in the Adelaide CBD in March 2019, Beam has expanded its operations to Norwood, Payneham, St Peters, Semaphore and North Haven, while preparing to move into the Unley Council area later this year.

Beam General Manager Australia and New Zealand Tom Cooper – previously the CEO of Melbourne micro mobility startup RIDE – said e-scooters were becoming more popular as “people are now realising that they can ride them out to the suburbs”.

“I’ve been involved in e-scooters now in Adelaide for almost the entirety of the program, and the usage has just increased and is increasing,” Cooper said.

“We only think it’s going to get stronger as more suburbs like Norwood, Payneham and St Peters open up and people are able to use e-scooters to connect to the suburbs.

“Norwood is probably at 5 per cent or 6 per cent of our total usage right now in the Adelaide metropolitan area, but we imagine in time that that will increase to be much, much higher.”

He said the company is currently operating 800 scooters in the Adelaide CBD, which has the added benefit of allowing riders to scoot on footpaths – a luxury that does not apply in other jurisdictions.

“Adelaide’s got lots of beautiful, wide, manicured footpaths, and so Adelaide is well set up for shared micro mobility,” he said.

With only two operators in Adelaide following the exit of his former company RIDE from the Australian market, Cooper said Beam was not in competition with Neuron Mobility and the two companies had a shared goal of reducing the number of cars on the street.

“The amount of scooters available isn’t probably enough for the demand, and so there’s plenty of rides out there for each operator,” he said.

“We partner with everyone and we want all operators to do well because … it’s getting people out of cars, that’s what it comes down to.

“We want to reduce those short car trips and get people in onto more sustainable transport.”

The company says its latest rider survey shows e-scooters are “replacing 42 per cent of car journeys in Adelaide which is significantly reducing Co2 emissions”.

The company also says the data shows 62 per cent of e-scooter rides in Adelaide result in a purchase at a business.

It has since expanded its Adelaide offering to include the council areas of Norwood, Payneham & St Peters,

Head of Australia and New Zealand at Neuron Mobility Richard Hannah said the ability to connect e-scooter rides in Adelaide with surrounding suburbs made the city unique in Neuron’s portfolio.

“Our operation in Adelaide runs over two separate operation zones, including Adelaide Coast and Adelaide CBD/Norwood,” he said. 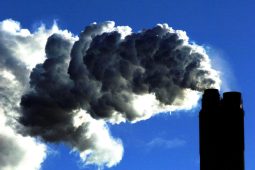 How climate change became a business issue worth reporting

“This makes Adelaide quite unique and sets a fantastic example of how multiple councils can partner together to provide a successful micro-mobility service for their residents and visitors.”

He declined to comment on whether Neuron’s operations in Adelaide are profitable, but said the company is running a “sustainable” operation in South Australia’s capital.

“Post COVID-19 we have definitely seen increased interest in e-scooters, with cities and individuals looking at new ways of moving around to continue social distancing,” he said.

“There is tremendous opportunity for growth elsewhere in Australia as more cities are looking to solve problems like congestion, emissions, and to extend the range of existing transport networks.”