Adelaide lightweight armour manufacturer XTEK has signed an MOU with a French company to help both businesses advance their international space market programs.

The two companies will work in partnership to pursue international and Australian space market opportunities.

The US compliant small arms protective insert plates are said to be up to 30 per cent lighter than other products and have buoyancy potential, while the light helmets can stop AK-47 MSC bullets and fragments.

XTEK also has an MOU with the Australian Space Agency and works with space engineering services company Skykraft to manufacture new parts for of small spacecraft and launcher systems.

MECANO ID is an accredited space systems provider mainly dedicated to spacecraft structures and is recognised by the French Space Agency CNES as industry leaders in the development of advanced mechanical and thermal systems for spacecraft and space payloads.

The Adelaide-based company designs and custom-builds portable air compressor units for drilling rigs, which are essential in the mineral exploration and oil and gas industries locally and internationally.

A pioneer in developing high-pressure compressors and boosters for more than 40 years, Western Air works with the Australian supply chain to ensure its equipment is the safest available, tailored to specific mineral exploration needs.

Western Air Managing Partner Gary Algate said collaborating with the Department for Energy and Mining and establishing an office at the Drill Core Library created a natural partnership with the industry.

“The South Australian Drill Core Library recognises the state’s rich mining and resources sector’s history, and the role it plays in mineral exploration internationally,” he said.

“By being located here, we can create stronger partnerships with companies undertaking mineral exploration development, and support them as they build a stronger resources industry into the future.”

The South Australian Drill Core Library holds 130 years of mining samples and is known as one of the most advanced drill core libraries in the world.

Department for Energy and Mining Director, Geological Survey of South Australia, Rohan Cobcroft, said having Western Air working from the Drill Core Library would help build on the precinct’s reputation as a new venue hosting companies looking to expand in South Australia and supported innovation.

The team behind market research firm Square Holes is launching a brand agency this week that will use the data and learnings from almost two decades of research to help Australian brands grow and look beyond their borders.

Called Budgie Love – in a nod to one of Australia’s most loved ‘exports’ – the agency is a direct outcome of research done by Square Holes that illustrated the struggle of local brands to grow because of the dominance of global brands in Australia.

Square Holes founder Jason Dunstone said the new company builds on recent work for local brands including Haigh’s, Redarc, Mayne, Bickfords and Peregrine that showed consumers said they were willing to ‘buy local’ but when it came to actual shopping, price mainly wins out.

“In recent years there has been a greater intent to encourage shoppers to buy local, and even pleasing reversals of manufacturing being exported, and ownership of icons of Australia returning to local ownership,” he said.

“But from our research in high choice categories, consumers are more brand agnostic, less loyal and habitual in repeat shopping.”

He said the new agency had an international team behind it that will offer clients a fresh perspective on their local brand and how it can compete. 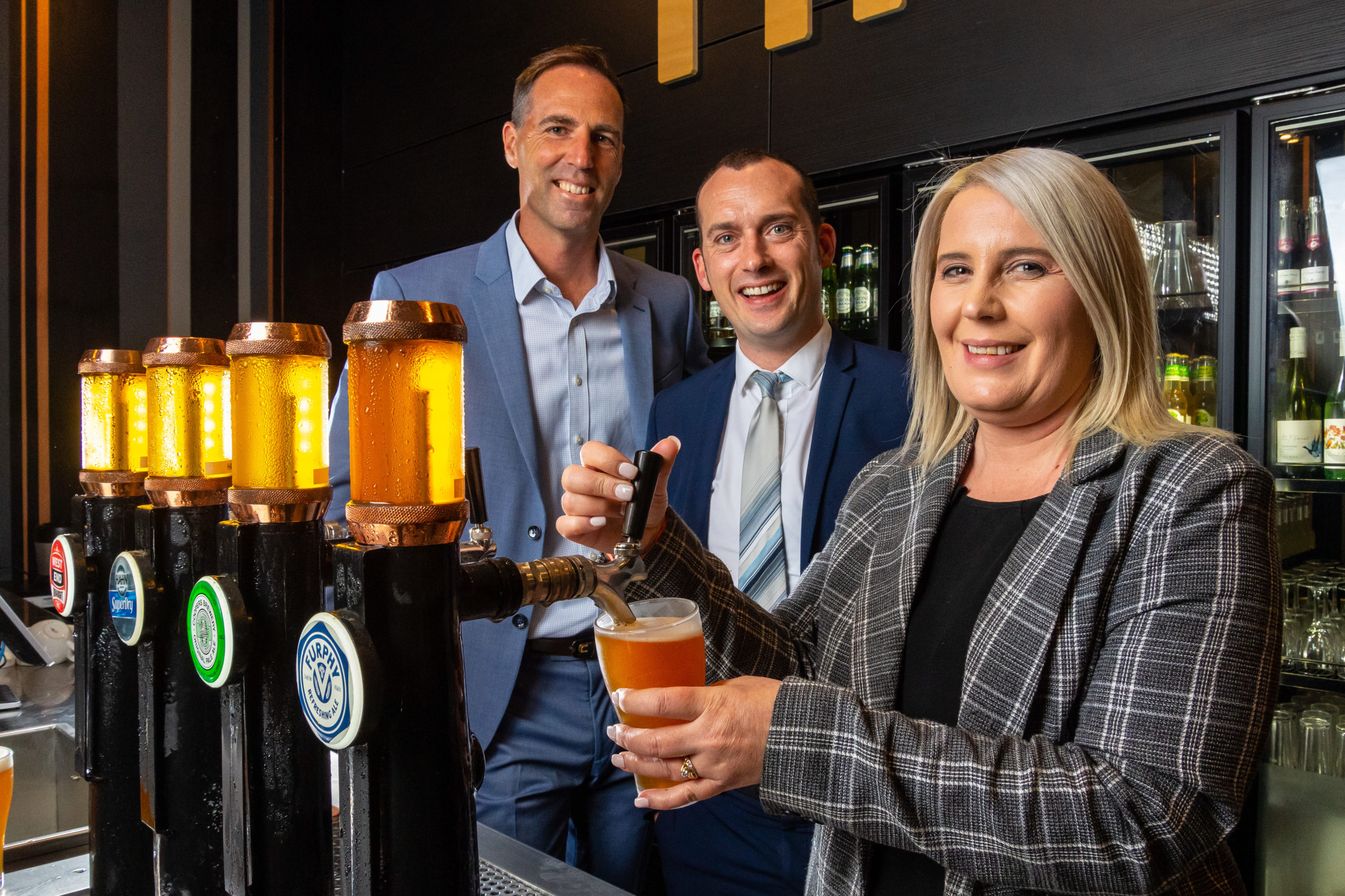 The acquisition was part of a $13 million investment across the Matthews Hospitality venues that included renovations to the Maylands Hotel, which are expected to be finished next month. The group is also preparing to begin a $1.1 million upgrade to the Mount Gambier Hotel.

It said the purchase boosted its workforce to about 350 people across the venues.

“We currently have a strong presence in the eastern suburbs and regional South Australia and we now look forward to bringing our customer-first hospitality approach to the Salisbury community,” he said.

“We want to maintain everything that customers enjoy about the Salisbury Hotel while enhancing its offering through an expanded bistro layout and food offering.

“The resurgence of intra-state travel as a result of COVID-19 has resulted in strong patronage at our regional hotels and we are pleased to create new tourism experiences in the South East.”

The group last year split its pub portfolio as part of a succession plan, with Lisa, Scott and Ward Matthews retaining ownership of the company name and brand.

Matthews Hospitality was founded during World War II by Seymour and Doris Matthews with the Bayview Hotel lease in Whyalla and has since owned a total of 36 hotel licences and freeholds.

It follows clinical evaluations of the modules by the Health Service Laboratory in the UK. The company has also completed a clinical evaluation at the Royal Adelaide Hospital, which it said met the targeted outcomes and reported the instrument’s ease of use.

LBT’s partner Clever Culture Systems, which owns a 50 per cent share in the artificial intelligence, completed the sales of LBT’s flagship product – the Automated Plate Assessment System (APAS) – which was developed in collaboration with scientists at the University of Adelaide’s Australian Institute of Machine Learning in a bid to reduce pathology wait times.

The APAS machine automatically screens, interprets and sorts agar plates for the presence of clinically significant bacteria. It also provides intelligent image interpretation and presents the potential for broader applications across a suite of pathological tests.

Last year, the company installed the first APAS Independent in the Health Service Laboratory in London.

The machine has gained regulatory approval from the FDA, TGA and CE Mark, and LBT last month began contract negotiations with distribution partners in the United State that it expects to be complete by quarter three of 2021.