Renew Adelaide CEO Tim Boundy will step down from the role after almost five years, with Head of Property Andrew White to take up the top job from March 29.

He said he was leaving to spend time with his family and would look for a new position once White had transitioned into his new role.

"My second child is due in April and so that is a natural break for me to step away, especially with Andrew in the team being ready-made to take over as CEO," Boundy told InDaily.

White, who has been with Renew Adelaide since 2018, is also the Leasing Executive with Maras Group and will split his time between the roles.

The property leader is also the Co-founder of real estate photography and design company May Media.

In a statement, Renew Adelaide Chair Nick Begakis thanked Boundy for his leadership.

“Over Tim’s time Renew Adelaide has grown its economic and community benefit to the city by over 60 per cent,” he said.

“Andrew has been an integral part of this success, and we are confident that this will continue under his leadership.

“Andrew’s knowledge and relationships with the property industry and working closely with new ventures over the past three years provides the solid foundation to respond to the current challenges facing Adelaide, and cities globally.”

Studio Manager of Simple Integrated Marketing Taylor Martin has been named Co-President of the Adelaide Advertising and Design Club (AADC), alongside Co-President and Managing Director of Showpony Melbourne Jamie Scott.

Martin, who has been Club Secretary since 2018, replaces outgoing Co-President James Rickard.

AADC said the 27-year-old was one of the youngest presidents in the club’s history, and only the second woman to be elected to the position since the club was established in late 1975.

As well as her position with AADC, Martin is an Executive Committee member of the creative communications industry initiative She Creates.

She has joined Scott who became Co-President last year after more than two decades in South Australia’s advertising and design industry. 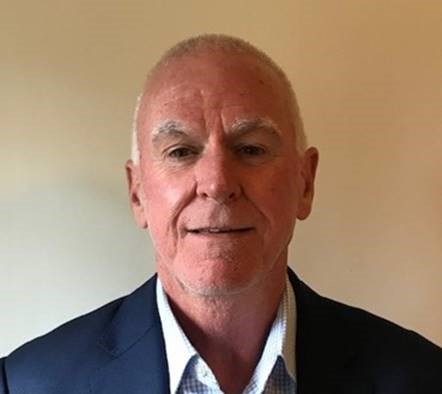 The company said Bartels' engagement was part of a change to the senior executive team, which would “fast track the technical and commercial outreach programs”.

It said Tom Spurling would stand aside as Managing Director but remain on the Board as a Non-Executive Director as part of the change.

The University of Adelaide is seeking an accomplished senior finance professional for the role of Chief Financial Officer at a pivotal time for the University and the sector. This is one of the most significant Adelaide-based CFO opportunities and the incumbent will work closely with the new Vice-Chancellor, Peter Høj, the Chief Operating Officer, Bruce Lines, and the Executive Leadership Group. Applications are encouraged from CA/CPA or equivalent status candidates ideally with experience overseeing the finance and/or corporate services functions for a significant organisation. Also important are highly developed skills in people management, negotiation, financial analysis, project management and effective communication.

Credit Union SA is one of South Australia’s largest credit unions with over 140 staff, over $1.2b in assets and close to 51,000 members. The customer-owned and locally based company is looking for a Chief People & Strategy Officer. Reporting directly to the Chief Executive Officer and working closely with the Executive and skills-based Board, this critical position will help guide the business strategy through its greatest asset – its people. This position will suit a suitably qualified senior executive who can demonstrate both a successful track record of leadership within a medium to large, regulated and customer-centric entity and has a reputation for developing and fostering strong relationships with both internal and external stakeholders. This is a unique hybrid Adelaide-based executive position within the C-suite of a successful financial service provider.

Employment and training services provider Maxima has two key positions to fill. The Chief Financial Officer is the key internal financial leader, advisor and controller for the group, proactively contributing to the strategic direction of the business. Reporting to the Chief Executive, the appointee will provide leadership in planning, directing, developing and administering all financial activities, and applications are encouraged from CA/CPA qualified candidates who may either be an experienced CFO or a Financial Controller ready to take the next step. The National Manager Marketing Strategy will manage all marketing, communications and public relations activity across the Maxima group to ensure high visibility of the brand and effective communications with stakeholders and customers. Applications are invited from qualified candidates with proven experience in a national strategy role. 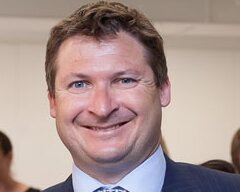 Former Hindmarsh MP Matt Williams has been appointed German Honorary Consul in South Australia, replacing another former federal MP James Porter who had served in the role for 27 years.

Williams, who is also an Associate Partner at Newgate Communications, was the Liberal member for Hindmarsh for almost three years after winning the seat from Labor’s Steve Georganas in the 2013 federal election with a slender 1.89 per cent margin.

However, Williams, who has studied and worked in Germany in the past, lost the seat to a resurgent Geroganas in 2016.

He was presented with the official certificate of appointment to the post of Honorary Consul of the Federal Republic of Germany in Adelaide by German Ambassador Dr Thomas Fitschen on February 27.

In his new role, Williams has been asked to foster cooperation between Germany and Australia in the fields of economic relations, cultural affairs and the administration of justice, as well as to advise and assist Germans and Australians in the exercise of his duty-bound discretion.

Adelaide addition to CRC Longevity board

Dottore has worked across the public and private sectors in Australia and overseas for organisations such as the University of Adelaide.

His governance responsibilities have covered research, aged care, education and disability and he currently serves on the Academic Board for GlobalHigher Education, the Teaching and Learning Committee for Adelaide Institute of Higher Education and as the Company Secretary of the INSEAD Alumni Association for Australia and New Zealand,

McCabe was named alongside Phil Gallagher, who has served on the Commission since 2000.

The former Hawthorn player was selected as pick No. 15 in the 1993 AFL draft and played 138 games for the Hawks between 1993 and 2004 before returning home to play 58 senior games wit Central District.

He was a member of the 2005 and 2008 premiership teams and awarded the Jack Oatey Medal in the 2005 SANFL grand final.

As well as his career in football, McCabe has overseen a South Australian agriculture business.

Ian Overton has taken over the reins as Green Industries SA Chief Executive from Vaughan Levitzke.

Overton has been the organisation’s Deputy Chief Executive for the past year and has previously worked as a researcher and scientist for the CSRIO and Natural Economy, as well as Chief Research Services Officer and Deputy CEO for Water Research Australia.

He replaces Levitzke, who has spent the past 40 years in the public service and was awarded the Public Service Medal for outstanding service in waste management reform and policy in 2015.