She replaces Phil Sutherland, who announced his resignation from the Federation earlier this year.

Pickering has worked in the civil, commercial building and construction industries for more than 22 years.

For the past decade, she has operated her own consultancy company, PickBec, and held various executive and board roles in private construction and not-for-profit entities.

Between 2015 and 2018 she worked as Director of Operations for Master Builders SA and last year was named Director, Apprenticeships and Group Training for the Civil Contractors Federation.

Summons begins with the SA-headquartered business on January 4.

Moriarty said as a result of the new managing director role he would move into a non-executive chairman position after Summons had transitioned into the role.

Summons joins 1414 Degrees following a number of years as an energy consultant; most recently for the World Bank where he provided insight into energy-related weather risks for projects around the world.

He also spent six years with insurance group Swiss Reinsurance as Head of Asia Business Development and Origination, and 11 years with electricity and gas retailer EnergyAustralia.

Summons said he was “honoured” by the recent appointment.

“I see great potential in our technology and its revenue outlook,” he said.

“The energy industry is undergoing a transformation and we are in the right place and at the right time - low-cost, long-duration storage is needed to deliver secure and reliable renewable electricity and heat.”

The South Australian Film Corporation has announced Noelene Buddle as its new COO and Karen Baxter as Executive Assistant to the CEO.

SAFC said Buddle would commence the role in January while Baxter started in November.

Buddle comes to the film corporation from the Royal Institution of Australia (RiAus), an Adelaide-based not-for-profit science communications organisation, where she was CEO for the past year.

She previously worked in the arts as State Theatre Company of South Australia CEO and Austereo Adelaide General Manager.

Buddle has also held a number of diverse board roles including with TAFE SA, the South Australian Museum and WorkCover SA.

Baxter most recently worked in the office of the South Australian Chief Entrepreneur as an executive assistant.

It followed more than seven years with the state government’s high-tech agency TechInSA.

Baxter also spent more than a decade with venture capital firm Playford Capital as Assistant to the CEO.

Her appointment with InDaily’s publisher follows three years in the London Office of the Agent General of South Australia.

In England, Borchardt supported South Australian companies through trade initiatives and also led the London chapter of the South Australia Club, which aimed to link people and businesses interested in the state.

She previously held roles across marketing and events with Brand South Australia and consulting firm EY.

Next time you hear that “All the best opportunities are not advertised”, ask yourself why on earth this might be so.

Recruiters have one simple goal: to maximise choice. Sadly, some recruiters still spread a myth that advertising is not necessary because they ‘know lots of people’. At Hender Consulting, we know lots of people too, but would never claim to know everyone or be able to identify every suitable candidate via search. Making such a claim would be both arrogant and dishonest and would certainly weaken the field.

We place well over 100 executives and non-executive directors every year and regularly appoint people who we had never met or interviewed before. This is a good thing as it means there was an open, independent, transparent and thorough exploration of the market. It also stops the dangerous practice of simply moving a favourite cohort around town. Yes, we will likely know established and accomplished benchmarks candidates, but we wear it like a badge of honour when a new name pops up and becomes the eventual winner.

This principle has never been more important than in 2020 when there is such talent from interstate and overseas targeting Adelaide. So, if you have an exciting executive or board role to fill, try everything. Ask around your networks, conduct search and definitely advertise.

She comes to the role having previously held leadership positions with not-for-profit membership organisations the Australian Institute of Company Directors and the Institute of Public Administration.

Noon also previously helped lead the Kangaroo Island Council as CEO between 2007 and 2011, and the Royal College of General Practitioners as SA/NT State Manager from 2006 to 2007.

Noon said she looked forward to helping strengthen the AICSA and the conveyancing profession more broadly. 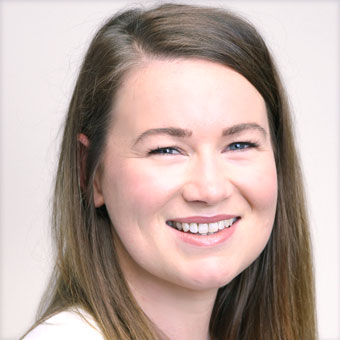 Noon's position is the second leadership appointment at the state peak body for conveyancing professionals in recent months, after Michelle Hendry became president in September.

Hendry was appointed to as President of AICSA following more than 15 years working in the real estate industry.

She replaced Denise McKay who had been in the role since 2017.

A conveyancer herself and the Practice Manager of Adelaide firm Conveyancing Matters, Hendry previously worked as a paralegal for firms including Finlaysons.

In October, she was also appointed as Vice President of the National Council of the Australian Institute of Conveyancers.

Hendry said she was “excited” to be elected as both state President and national Vice President.

“Both roles will enable me to make a difference in highlighting the importance of the role of conveyancers in the national property market,” she said.

They have both been acting in the roles since August.

Prior to being named acting CEO, Gratton was CFO for 18 months.

He started his career in investment banking with global financial services JP Morgan in London and New York, before spending a decade with Australian makeup brand Jurlique.

He replaces David Head, who resigned as Clean Seas CEO in August and left in September. Chairman Terry O’Brien and fellow independent directors Nick Burrows and Raelene Murphy also resigned in October on the eve of the ASX-listed company's AGM.

Brown and Gratton have also previously acted as joint company secretaries and, as part of the permanent appointments, will be replaced by Eryl Baron from its registry office BoardRoom Australia.

Clean Seas said Baron had more than 20 years experience with listed companies across a number of industries.

AUSVEG has appointed Zerella Fresh Marketing Manager Renee Pye to its board as a Grower Director.

A statement from the peak vegetable and potato body said Pye would replace vegetable grower Danny De Leso who was stepping down after more than six years.

Pye said as Marketing Manager for SA-headquartered Zerella Fresh, she had overseen the development of the company’s reduced carbohydrate potatoes, “Spud Lite”.

She also sits on the Murraylands Food Alliance board.

From Singapore to Adelaide

GCMA aims to empower older Australians by supporting organisations to meet the needs of the older community through research and advisory services.

A statement from the company said Mast was recruited from Singapore, where he was working with medical data company IBM Watson Health.

Mast spent 25 years with IBM, the last two years of which were in Singapore, working across program development, artificial intelligence application and healthcare data analytics.