With future capacity for Capesize vessels, Cape Hardy has the potential to be the only port of its kind between Esperance in Western Australia and Port Kembla in NSW, putting South Australia on an international footing. The project is being jointly developed by Eyre Peninsula Co-operative Bulk Handling (EPCBH), Iron Road and Macquarie Capital.

Subject to a final investment decision being made, construction of the port between the Eyre Peninsula towns of Port Neill and Tumby Bay will commence in late 2021 and operations in 2023.

Kerin is well known to the Eyre Peninsula through his roles as Chairman and Executive Officer of Regional Development South Australia and as the Chair of Primary Producers SA.

His appointment coincides with the launch of a new name for the joint venture – Portalis.

As the name given to Cape Hardy by French navigator Nicolas Baudin in 1802 (Cap Portalis), Portalis pays homage to a key aspect of the region’s rich history, which has long included a vision of Cape Hardy as the preferred site for export port facilities on the Eyre Peninsula.

Kerin said he the Cape Hardy port project would be transformational for Eyre Peninsula and the state.

“It will be a critical driver of competition and lower costs, which will put money back in the pockets of growers and contribute to improved competitiveness of our exports,” he said.

“As the only multi-commodity and multi-user deep- water port proposed for Eyre Peninsula, it will also unlock opportunities for economic development and diversification for the Eyre Peninsula and South Australia.” 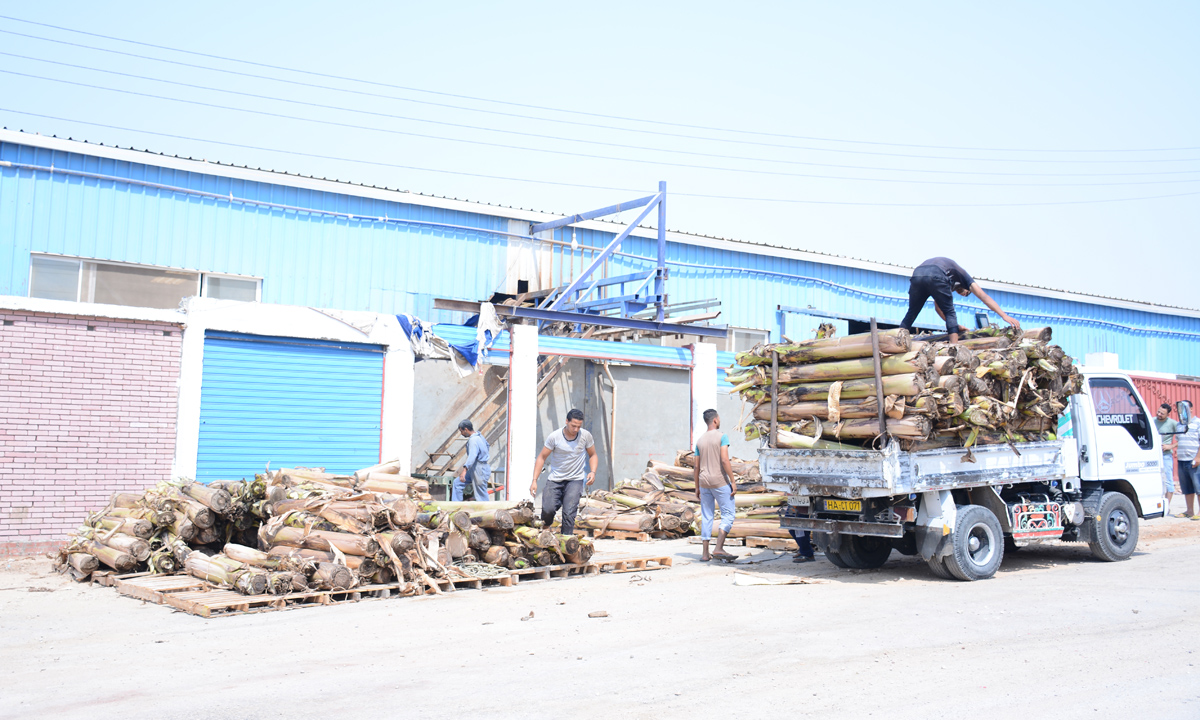 Workers unload waste banana trees at the factory in Egypt where it is turned into wood and paper products.

Banana fibre company Papyrus Australia has announced funding commitments of $3 million from investors to put it on “a strong path towards production and marketing of high-margin fibre-based moulded products with a significant total addressable market”.

The Adelaide-based listed company told the ASX on Friday it had received firm commitments from existing and new investors to raise $3 million through the issuing of 60 million new ordinary shares at $0.05 per share.

Papyrus Australia has spent more than two decades perfecting its system of turning banana plantation waste into wood and paper products and says it has proven the profitability of the technology ahead of a global expansion.

The company has developed technology to process banana waste into a range of products including veneer for furniture and musical instrument manufacture, moulded products such as food containers and plates, liquid fertiliser and garden peat.

The $3 million capital raise will allow it to increase production at its Egyptian factory and enter the next stage of its business plan, which involves a move to commercial-scale production.

In a statement to the ASX last month, Papyrus Australia reported its September sales increased by 43 per cent on August and a further 34 per cent in October.

The company’s share price has more than tripled in the past five weeks and was up a further 7 per cent on Friday following the latest announcement.

Under the $3 million deal announced to the ASX last week, Marmota will acquire all of the rights, titles and interests of the project, which sits alongside an existing Marmota project.

The fully-funded acquisition involves a $2.5 million cash payment and $500,000 in Marmota shares payable upon completion.

“The Jumbuck Gold Project is our immediate neighbour in the Gawler Craton,” he said.

It is our backyard, it is where we do our gold exploration.

“We believe if anyone can make it work, Marmota can.”

VFX studio Rising Sun Pictures has won the 2020 Australian Academy of Cinema and Television Arts (AACTA) Award for Best Visual Effects or Animation for its work on the Chinese World War II epic The Eight Hundred.

The Adelaide-based studio helped to recreate the 1937 Battle of Shanghai, where a small Chinese army mounted a determined defence against a larger invading army.

Directed by Guan Hu and produced by Haining Seventh Image Movie & Media Co Ltd, The Eight Hundred is among the most successful Chinese movies ever made, and the highest-grossing film globally for 2020, having earned $US446 million (RMB 3.02 billion) in total box office.

“This was a remarkable project for RSP and the result of inspired work from our very talented team of artists, producers, technical specialists and support staff,” said RSP Managing Director Tony Clark.

“It is a great privilege to have their creativity and efforts recognised by their peers in the Australian film community. We are grateful to the filmmakers for entrusting RSP with their extraordinary vision, and the Academy and its members for this unique honour.” 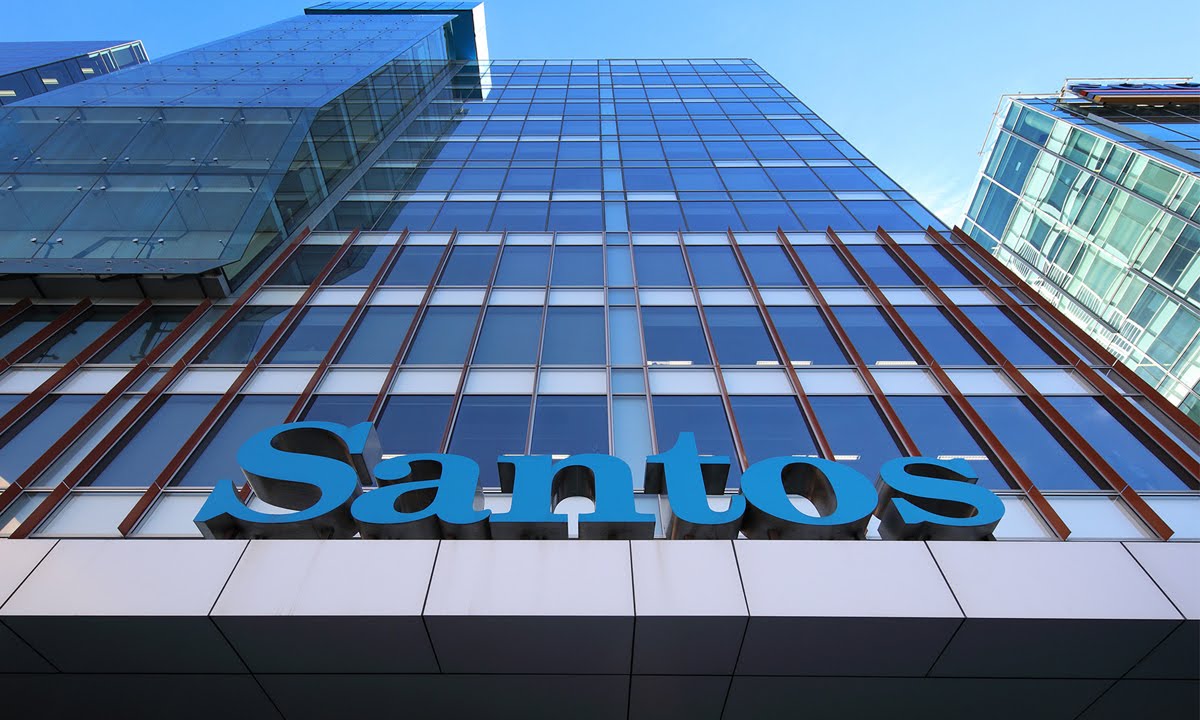 Santos has upgraded its 2020 production guidance to 87-89 million barrels of oil equivalent (mmboe) by 15-18 per cent as a result of strong operating performance across the base business and represents 15-18 per cent production growth for the year and more than 50 per cent growth since 2015.

In an announcement to the ASX last week, the state’s largest listed company says it is also on track to deliver the production cost reductions announced in March in response to the COVID pandemic, which sees 2020 guidance lowered to $8.00-8.50/boe.

Capital expenditure is still expected to be approximately $900 million, consistent with the 38 per cent reduction for the year announced in March.

Santos has delivered record oil and gas production and sales volumes in the September quarter. But despite the production boom, the struggling world oil price has kept its sales revenues down by more than 20 per cent on this time last year.

“Our strategy has been to establish a disciplined low-cost operating model that delivers strong free cash flows through the oil price cycle. Our 2020 forecast free cash flow breakeven oil price is less than US$25 per barrel before hedging and around US$20 per barrel after hedging,” Gallagher said.

The company’s share price reached $9 on January 15, its highest level since 2014 but plummeted in February and March to a low of $2.75 on March 19 before recovering some ground in recent months.

Its shares were trading at $6.36 at Friday’s close. 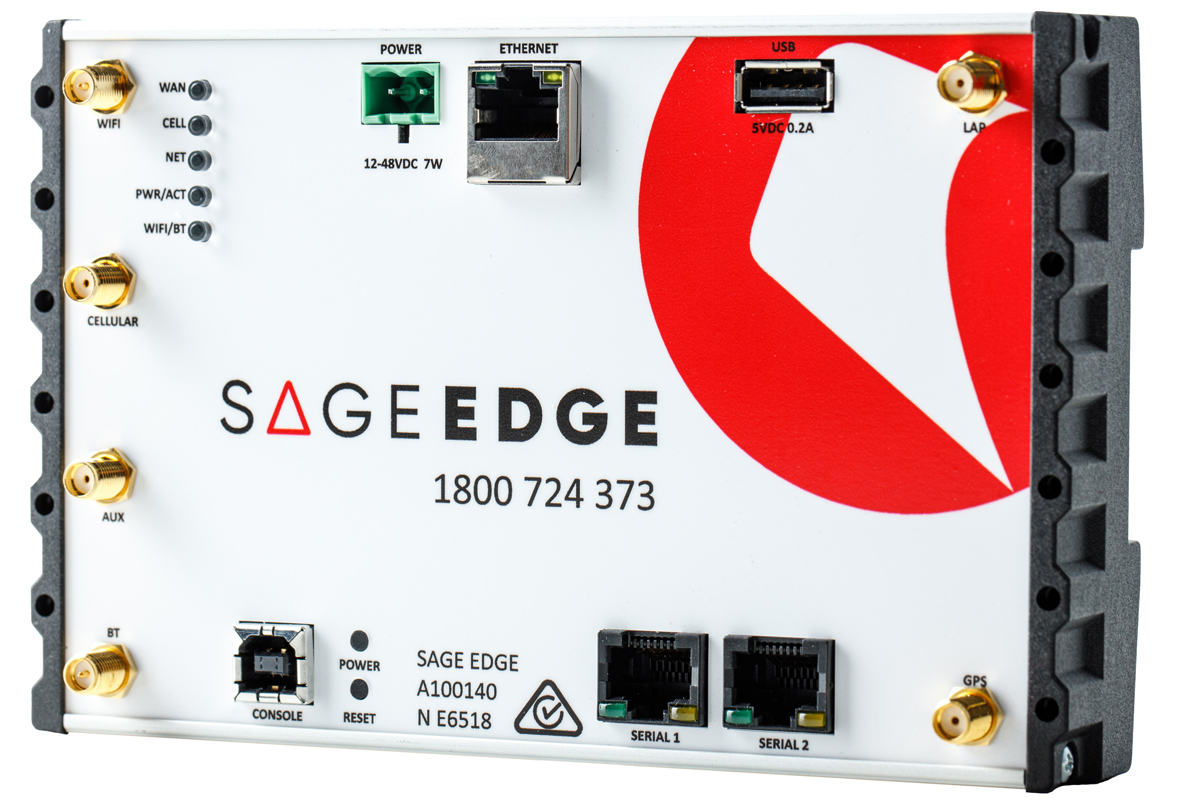 The company took the ITS Australia prize home for its data capture device, known as SAGE Edge, which was developed and manufactured in the Tonsley innovation precinct.

According to a statement from SAGE, the device could provide real-time travel information on road networks and help to resolve congestion issues.

SAGE said the device was being used by road authorities across Australia.

It said the defence industry award recognised SAGE’s ability to “capitalise on market opportunities” and drive business growth “while supporting the strengthening of Australia’s defence and national security capabilities”.

Coopers Brewery is taking its Live, Loud and Local gig series national following the success of its initial livestream lockdown events in April and May.

The Regency Park Brewery has partnered with Australian acts including The Rubens, Bad//Dreems and Crooked Colours for a series of gigs around the country in the new year.

Crooked Colours will headline the first show of the new Coopers Live, Loud and Local series, performing on January 17, 2021 at Hotel Rottnest in Perth.

The Rubens will play February 3, at the Coogee Bay Hotel in Sydney while Bad//Dreems will perform at The Bridgeway Hotel in Pooraka on February 19.

More shows and artists will be announced for gigs in Brisbane, Melbourne and Perth in early 2021. Each event will be produced by Coopers in partnership with Live Nation.

The Live, Loud and Local series aims to support Australia’s hospitality and entertainment industries as well as the local communities hit hard by COVID-19 and related social restrictions.