The Index, an independent ranking of the state’s top 100 businesses based on market capitalisation and revenue, is South Australia’s most definitive guide to the performance of our biggest companies.

Produced by financial services firm Taylor Collison for InDaily, the Index includes companies that are substantially owned by South Australians or headquartered here. Each year, the Index also crowns individual winners for fast-rising companies (scroll down for this year’s winners).

Overall, this year’s data shows that in 2019-20, the second half of which included the unprecedented COVID-19 economic crisis, South Australia’s biggest companies suffered a predictable overall hit to their bottom lines – but it could have been much worse.

Taylor Collison director Scott Dolling told InDaily that the overall value of the Index was slightly down on the previous year, with the total market capitalisation of the 100 companies at $52.2 billion, compared to a peak of $54.3 the previous year.

That represented a decline of 3.31 per cent. By comparison, says Dolling, the All Ordinaries Index – which tracks the performance of Australia’s top 500 listed companies – fell by 7.8 per cent over the same period.

“The decline in the South Australian Business Index was driven primarily by the oil and gas sector. Santos, the number one company on the Index, Beach Energy (4) and Cooper Energy, also in the top 20, collectively lost about 40 per cent of their value year-on-year.

“This decline is heavily correlated to the decline in the price of Brent oil, which fell by 38.5 per cent from the mid-$60s in September last year to approximately US$40 a barrel.”

By contrast, information technology, mining and mining-related companies had a good year, with those sectors increasing their share of the Index.

“OZ Minerals is now a $5 billion company – up from $3 billion in 2019,” Dolling said. “The company crept ahead of Beach Energy to snag the number three position. OZ Minerals’ Carrapateena ramp up exceeded expectations and Prominent Hill strongly benefited from a high gold price. Andrew Cole and his team at OZ have done a tremendous job.”

Telecommunication and IT companies also had a strong year.

Aerial mapping and imaging company Aerometrex listed on the ASX in December 2019 with an immediate doubling in market capitalisation. Uniti Wireless continued its mergers and acquisitions-fuelled strategy, just closing out the purchase of Opticomm to become a $500 million company. Leader Computers experienced a huge revenue bump to more than $350 million – up more than 50 per cent year on year.

Dolling believed there were good signs in the global economy, with markets showing substantial movements following the US presidential election and Pfizer’s positive statements about the efficacy of its COVID-19 vaccine.

“Markets appear to have rotated back into ‘value’ names that have suffered (financials, property and travel) and away from tech and precious metals such as gold.

“Green shoots are also emerging for the energy sector as a whole, which bodes well for our Index, although the increasing focus on environmental sustainability for investors worldwide is a headwind.

“Given both Codan (number 6 on the Index) and OZ Minerals are either directly or indirectly exposed to the gold price, along with a number of our junior listed entities, one question is whether gold can continue its run. Given the historically low interest rates and accommodative monetary policy, the ingredients are there, but movements in the last few days indicate there’s a pause taking place.”

Changes in the top 20

This year saw some shifts in the usually fairly static top bracket of companies (go here to see the list).

In the top 10, newcomers included high-tech manufacturer Codan, agribusiness Elders and Land Services SA – the company that won the chance to benefit from the previous State Government’s decision to commercialise the state’s land data.

At the pointy end of the list, Santos continued to be our biggest company – by a significant margin – despite a difficult year, with Argo Investments maintaining its regular spot at number two.

In the 20 to 11 bracket, a highlight is travel and ferry company Sealink.

Dolling says that after its merger with Transit Systems Group, Sealink had a topsy-turvy year, with its share price dipping below $3 in the shock of COVID shutdowns in March 2020 and the aftermath of bushfires on Kangaroo Island, where the company  runs a ferry service.

“Group CEO Clint Feuerherdt stuck to basics, executing their business plan with a high retention of contracts – including the Adelaide bus contracts and the Brisbane Ferry win. Investors were rewarded by the end of the year with a >$6 share price. On a pro-forma basis, Sealink is now a company with revenue of more than $1 billion,  has a market cap of $1.4 billion and, effective from June 2020, is now an ASX 300 index constituent.” 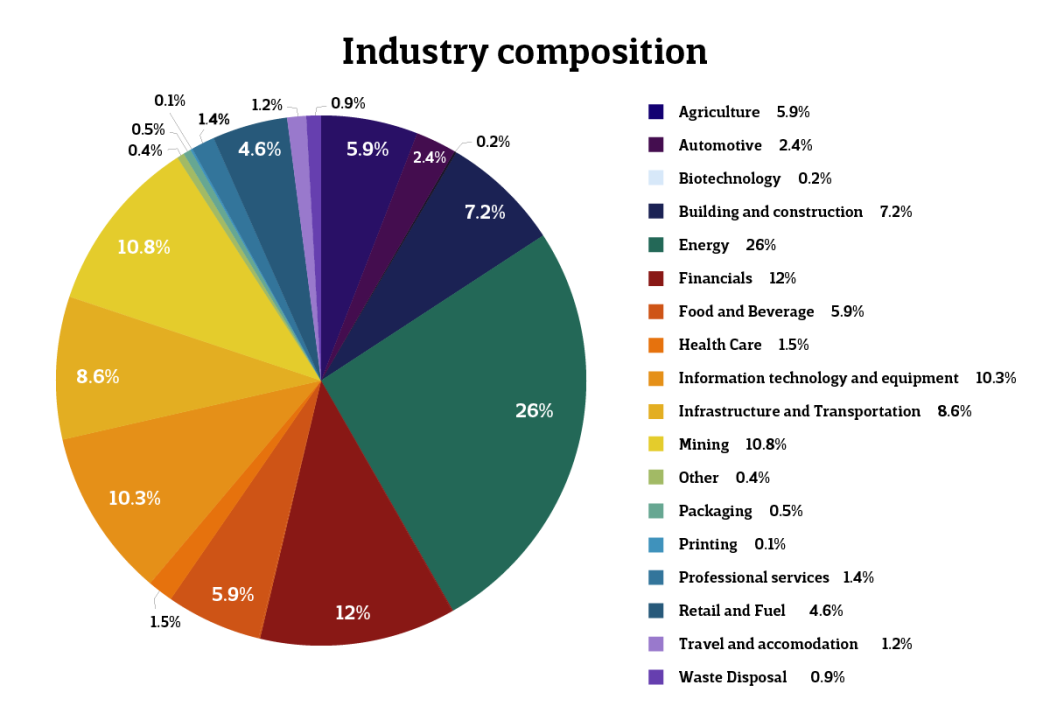 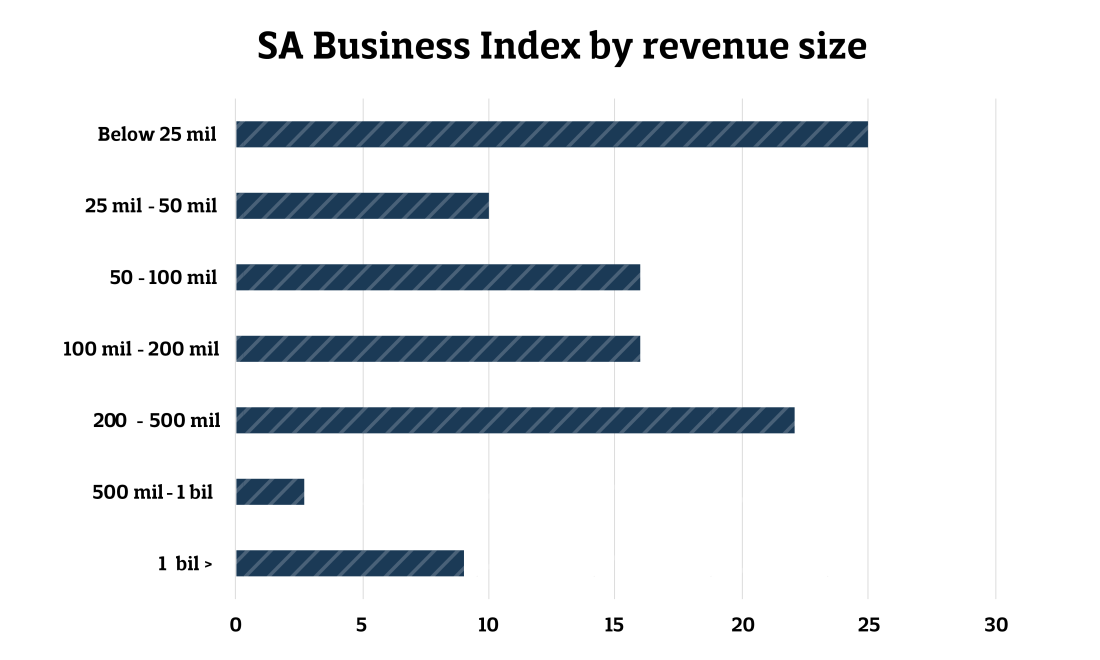 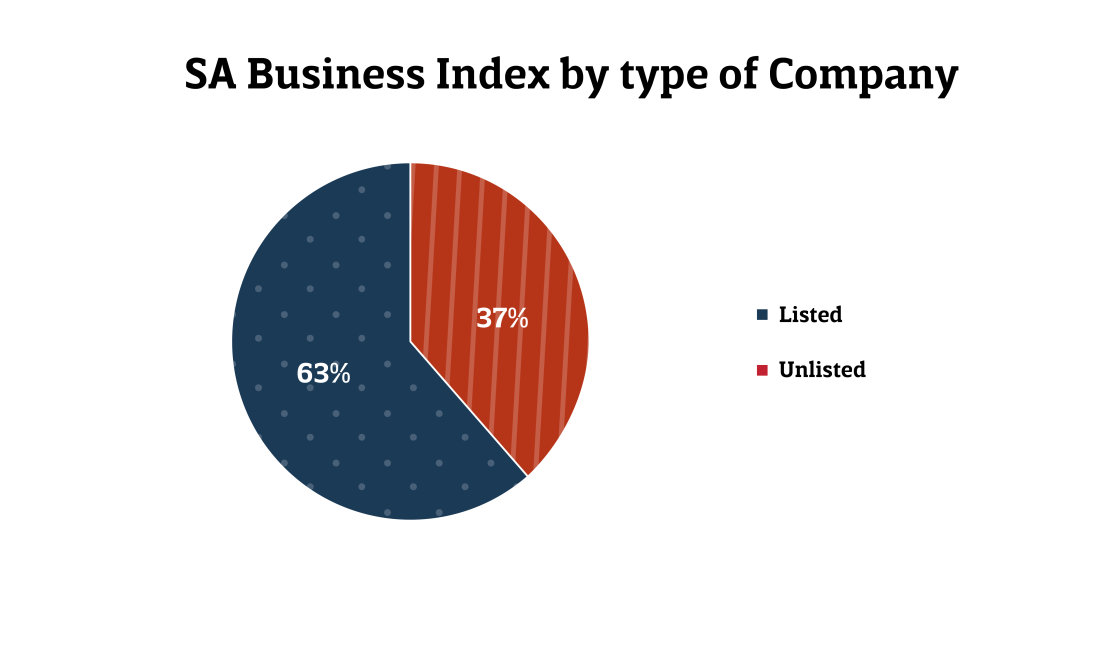 Codan, the Adelaide-headquartered manufacturer of metal detectors, communications and mining equipment, rose six places to number six on the Index.

In a huge year for the company, it had record sales of metal detection and communication equipment and had a record dividend of 18.5 cents for the financial year.

Outside Ideas, a fast-growing commercial landscaping, structural concreting and civil engineering company, has doubled its revenue in two years – from $32.7 million in 2018 to $77 million in 2020.

Outside Ideas, responsible for the landscaping of the huge exterior plaza at Adelaide Airport, has clearly thrived despite the impact of COVID.

The sixth-generation South Australian family company, established in 1920, has been a leading light in Australian agriculture for years, but it is a new entrant in this year’s Index. Debuting at 39 on the list, AJ & PA McBride Ltd recorded revenues of $38 million in 2020. The company holds more than 375,000 sheep (producing meat and fibre) and produces 6400 wool bales annually.

About the SA Business Index

To be eligible for inclusion in the list, companies must:

Companies owned in part or whole by government, government agencies and organisations, and registered charities are not eligible.

While companies don’t have to nominate to be included in the list, which is based on market capitalisation, local businesses are encouraged to put their names forward.

Now in its sixth year, the Index has become a key source of data for those with a keen interest in the South Australian economy and business environment.