“There’s the figurehead, who’s a majority shareholder and he owns the company, but he doesn’t have Indigenous Peoples doing the work,” he says.

“I think it’s getting better but, in the early days, it was happening with contractors and designers doing joint ventures. They’d go and grab someone from the community or a figurehead profile from somewhere, give him a share of the company and then divvy up the work, and there were no pathways for Indigenous people.

“But, in saying that, it just triggered me into bridging that gap and building a real pathway to develop Aboriginal school leavers and undergraduates or professionals or ex-cadets who want to change careers, to get better representation at the professional services level.”

Yesterday marked the beginning of NAIDOC Week to celebrate the history, culture and achievements of Aboriginal and Torres Strait Islander peoples.

Mallett last month certified  Yanun with not-for-profit organisation Supply Nation, which is designed to verify Aboriginal and Torres Strait Islander companies and grow diversity within the business sector. To remain certified at least 51 per cent of Yanun must remain owned, managed and controlled by Indigenous Australians.

The Ngarrindjeri man says Yanun will provide mentoring, training and job opportunities for Indigenous Australians and expose more people to the defence sector to also increase representation within professional services.

He says the first step is to ensure there are tangible pathways into the industry for young people.

A career in defence 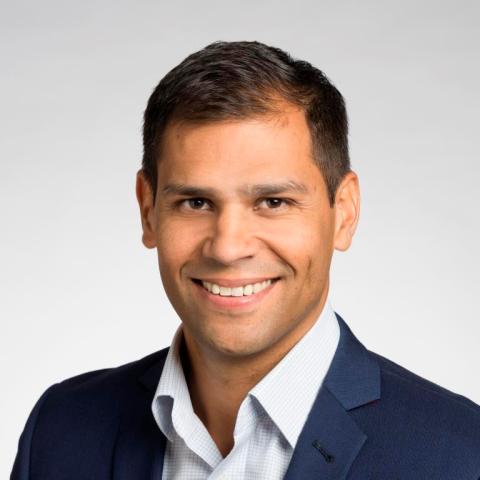 He was playing football for the Woodville-West Torrens Eagles at the time and, with no clear career goals to pursue, thought he’d give university a shot.

After about a week of studying – and hating – civil engineering, he checked out the defence force and as soon as he learnt about the Australian Navy’s clearance diving unit he was hooked.

“Within six weeks I was getting sworn in. I was still young, I think I’d just turned 18, and I was in the navy before you knew it,” he says.

The training to become a clearance diver was the hardest thing Mallett reckons he’s done.

He was part of a small, elite group of candidates who spent up to 41 weeks training to become the human face of undersea warfare.

“You couldn’t get kicked off (the training course), you had to take yourself off,” Mallett says.

“There was always one qualified clearance diver next to you the whole time telling you: ‘This is not for you’. They’d just break people down.

“The fittest guys on there were some of the first to leave. Mentally they just couldn’t cope with the sleep deprivation, the not knowing what’s coming next, not knowing if you’re going to get a good night’s sleep – and you wouldn’t. You’d get woken up and they’d throw fire crackers in the room.

“And that’s before you even start learning how to dive.”

Having made it through the rigours of defence training, Mallett spent the next six years with the Royal Australian Navy’s Australian Clearance Diving Team One in Sydney before spending two years with the army’s domestic counter-terrorism response unit, Tactical Assault Group East.

The unit was developed to respond to maritime and land terrorism incidents in Australia as well as special recovery operations overseas.

“If there were incidents on ships or near waterways, ports, that sort of thing, we had the capability to get in,” Mallett says.

“It was basically being trained in small-arms, close-quarter battles, shooting doors, blowing windows in, scaling down buildings and doing helicopter stunts.”

While the South Australian had spent years training for combat, it wasn’t until he joined a private British security company in Iraq working in low-profile security for the International Relief and Development program that he put his skills into action.

Funded by the US, the program was developed to undertake humanitarian projects, which included investing and rebuilding infrastructure previously destroyed by American soldiers, in some of the most dangerous places in the world.

Mallett’s job was to ensure the safety of International Relief and Development clients in Iraq’s highly besieged city of Falluja.

“These clients would get a whole heap of funds, they’d get an area and they’d get a security team to plan and look after them,” he says.

“We’d be dressed in plain clothes and drive around in these odd cars and blend with the traffic that was over there.

We would daily have incidents when someone wouldn’t like that we were moving around the area and they’d fire at the vehicle and we’d have to get the client out.

“At the time, I was just like: ‘This is how is goes over here.’ But then I left Iraq to take leave and I went to Colombia and through South America. I was travelling and had about four weeks off and after the first two weeks I met Jess, who’s now my wife.

“I remember being in Rio and sitting in this hostel overlooking the beach. It was sunny and I was with Jess and her friends, and I was having a ball, and I just had a moment of clarity thinking: ‘What the hell was I doing over there?’

“I started reliving all of these incidents in Iraq and all of these close calls, and I thought: ‘I should be thankful that I’m sitting over here with everything attached.’ And I just knew then that I wasn’t going back.

“Over there you have to have a shield around you, otherwise you’ll get killed. You have to be on edge and I think I’d started to mould into that type of person.”

Throughout his defence career, Mallett had experienced back pain but it wasn’t until he returned to Australia that he discovered he’d ruptured a disk in his lower spine. He quickly plunged from peak physical fitness to bedridden and was forced to have surgery.

“And then I hit rock bottom,” Mallett says.

“The operation went well, but the rehab was maybe 18 months and after 12 months I just didn’t feel good at all. I thought: ‘If this is the best I’m going to get then I’m in trouble.’”

In a bid to keep himself busy, Mallett returned to university and enrolled in a Master’s of Project Management.

Fortuitously he discovered through a friend that by coupling his on-the-ground defence experience with the appropriate study he could use his skills in the broader defence industry.

By 2019, he’d overseen projects for private companies as well as within Defence, including for the Future Submarines program.

In February, he decided to go it alone and launch Yanun with the intention of developing a government and defence project services business.

In a bid to boost First Nations representation within the professional services sector, Mallett says he’s now working with State Government and educational institutions to develop pathways for Indigenous students – particularly in project services and cybersecurity.

It’s an area where he hopes to grow opportunities in the coming months.

“The leap for a Year 12 person who has no skills to be an entry-level cybersecurity analyst, the learning is not a big one,” he says.

“At the moment it’s more about making sure there are tangible opportunities out there.”