The Adelaide Film Festival has named SA producer and entrepreneur Anton Andreacchio as its Chair for a two-year term commencing November 1.

Andreacchio replaces outgoing chair Sandra Sdraulig, who joined the board in 2011.

Working across new screen technologies and applications, Andreacchio is the founder of VR/AR studio Jumpgate.

He is also currently a member of the Entrepreneurship Advisory Board and is one of InDaily's 40 Under 40 alumnus.

Meanwhile, international actor Weaving has featured in more than 100 films, including The Matrix trilogy, The Lord of the Rings, The Hobbit and V for Vendetta. His Australian film credits include: The Adventures of Priscilla, Queen of the Desert, Proof and Babe.

He has also won an array of awards for his work and served on industry boards, including the Australian Film Finance Corporation.

Entrepreneur and marketing company KWP! Creative Group Director, Fanning has sold two of the three media brands he has cofounded. His most recent was CityMag, InDaily's sister company. He is a board member of the Art Gallery of South Australia and was a founding board member and director of the Committee for Adelaide.

Panopoulos is the former CFO for the Adelaide Film Festival. She was also the Finance Manager for YMCA SA and CFO and Company Secretary for the Australian HR Insititute. She has sat on a number of boards including Circus Oz between 2006 and 2009.

Meanwhile, communications adviser and former news director and radio presenter Nicole Haack has been named as a member of the SA Football Commission for a two-year term.

Haack is the Managing Director of Adelaide-based strategic communication firm The Message Bureau and Director of Solstice Podcasting, an audio production collaboration between Solstice Media and Haack's independent podcasting business The Message Pod.

She is also an Adelaide Central Market Authority Director and has held leadership positions on boards including Variety Australia, Variety SA, Raising Literacy Australia and the Cora Barclay Centre.

Committee for Adelaide gets fresh faces

The Committee for Adelaide, which aims to create a sustainable economy, new leaders and progressive ideas for South Australia, has appointed four new members, taking its total board to 15.

Lloyd said the new board included a mix of experiences as well as business and community diversity.

“With a focus on skilling and attracting business, investment and talent, helping Adelaide to become the world’s first well city and initiatives such as Adelaide Abroad and our work on the CBD Policy Recovery Committee, we’re playing a major role as we begin to rebuild and reimagine our city post Covid-19,” Lloyd said.

Genet has spent the majority of her working life with Santos, originally as a lawyer before taking on a number of leadership roles with the oil and gas company over the past eight years.

Meanwhile, Howard has more than 20 years’ experience in architecture and urban design with Hames Sharley – one of the three firms which redeveloped the Adelaide Oval – the past six of which have been as Managing Director.

Cooke has spent the past five years as CEO of SA’s largest private developer after working as Managing Director Global Head of APAC. He also sits on a number of boards including as Director and Chair of Junction Australia’s Investment Committee, APREA Director and Australian Chapter Chair, and the Property Council of Australia Division Councillor.

As General Manager of People and Culture for Thomas Foods International Young helps oversee a major regional employer, with a total workforce of about 2500 across the business. She previously helped lead Renewal SA as Executive Director of People and Organisational Development. 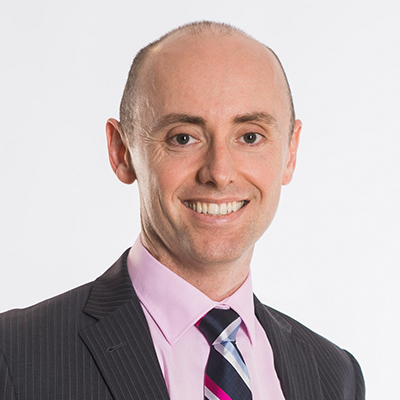 The Co-founder of Nudge By Design, a behavioural science company, Cook has consulted on digital and technology projects for a number of organisations including as the former Queensland Public Trustee Executive Director of Digital and Technology.

He also served as the Head of Technology Strategy and Chief Security Officer for Sunsuper for more than five years.

“David has a great technical mind and we are excited to use his experience to improve our members’ online interactions with the fund,” D’Alessandro said.

Hender Consulting General Manager Andrew Reed says friends and family often ring him before a job interview and ask "What is your number one tip?"

Reed's answer is generally to use examples not adjectives.

"We have seen literally thousands of interviews where candidates claim to be strategic, visionary, versatile, innovative, etcetera and yet give no examples to evidence that this might be true. They also do it on their CVs," Reed says.

"The trick at an interview is therefore to give examples of past experience and achievements and then let the audience decide what adjectives might apply. It sounds so simple and yet is a very common mistake."

According to Reed, adjectives without examples simply end up being “buzz words” and will do you more harm than good. The secret to acing the interview is therefore simply about preparation.

"Research the organisation, establish the likely selection criteria for the role and then audit your past experience to classify your examples," Reed says and recommends preparing a few answers on negotiation, a few on leadership, a few on tricky decisions, a few on difficult people, and a few on finance for the typical executive position.

Burford has a number of years’ experience in commercial construction, infrastructure and engineering.

Burford moves from Lynch Meyer Lawyers where he has worked as a Partner for almost four years. He previously spent five years with Fenwick Elliott Grace as Senior Associate and Partner, following his clerkship with Minter Ellison Lawyers.

Outgoing LGA President Tumby Bay Mayor Sam Telfer will remain on the board in the role of Immediate Past President.

Evans has been on the council for 14 years with two terms as Deputy Mayor and eight years as a councillor. She has been mayor for the past six years.

The LGA President is elected by the Association’s 68 member councils, with each council receiving one vote, and the position is rotated between metropolitan and regional councils every two years.

Aboriginal Advisory Committee Chair and SA Museum board member David Rathman has been appointed as Ambassador for The Aboriginal Art and Cultures Centre (AACC), which is currently in development at Lot Fourteen.

Rathman is an Eastern Aranda descendant with family connections to the Kokatha, Arabunna and other Aboriginal nations in South Australia.

As well as his roles with the South Australian Museum and AACC, Ratham is a board member of the Aboriginal Legal Rights Movement, and Co-chair of the SA Water Reconciliation Committee.

In 2000, he was made a Member of the Order of Australia in recognition of his services to Aboriginal Affairs.

In a statement, Rathman said as AACC Ambassador, he would make sure Aboriginal people continued to be represented at all points of the centre’s development and operation.

“This is a fantastic opportunity for Aboriginal people to have ownership and leadership of what will become one of the state’s leading tourism attractions and to be active participants in that venture through business and career opportunities,” he said.

“There is a lot of excitement for this centre.”

The Space Industry Association has appointed James Brown as its CEO to grow the industry across Australia.

The Association is the peak body for Australia’s space industry, which is based out of South Australia.

Brown is the Veteran Sport Australia Chairman, where he and a contributor to Sky News Australia on topics of national security and foreign policy.