Buddy Technologies set up in South Australia in 2016 with help from the Weatherill government’s Investment Attraction Agency after listing on the Australian Securities Exchange in December 2015.

However, its purchase of smart lighting company LIFX in early 2019 helped it move into consumer products, an area now expected to drive 85 per cent of the company’s revenue this year.

Buddy Technologies still maintains a commercial big data side of the business, Buddy Ohm, which monitors a building’s energy use in real-time to maximise efficiency.

But more than $30 million dollars in orders in the past 30 days is helping ensure the consumer light business is shining brightest and is expected to account for about 85 per cent of the company’s revenue this year.

Buddy’s founder and Chief Executive Officer David McLauchlan told InDaily the company was preparing to launch its germ-killing light, LIFX Clean, in December after this month receiving approval to sell the anti-bacterial product in the US.

LIFX Clean, which will retail for US$69 and A$99, has a combination of white lights, coloured lights and eight disinfecting LEDs that emit a high-energy visible (HEV), or 405 nanometre light.

McLauchlan said HEV, or blue light, was not quite as effective at killing bacteria as UV light but it was much safer.

He said testing had shown the lights had a more than 80 per cent bacteria kill rate in two hours and were more effective when they were close to the bacteria.

This made them suitable for use in under cabinet lighting or in table lamps, McLauchlan said.

“It’s the first smart light of any kind that has this technology in it,” he said.

“The scenario I use mine for at home is I have a desktop lamp and I come home, drop my keys, phone and wallet under it and it does its thing as I come and go during the day and it’s just a continuous disinfection.

“This is very much intended to be part of your normal light fixtures working as a supplementary disinfection product – I can run these as my normal under cabinet lights and then once everyone has gone to bed the HEV lights can come on and have a continuous disinfection effect on the kitchen counter.” 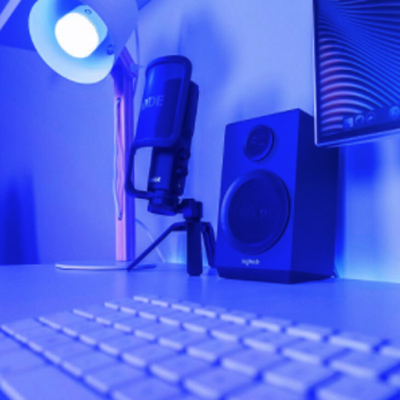 HEV lights have previously been used to kill bacteria in commercial settings such as hospital operating theatres.

McLauchlan said further testing was scheduled and would also monitor the light’s ability to kill viruses and fungi, which would open up potential applications in bathrooms.

“We will submit it for testing – it’s in the queue right now for COVID-19,” he said.

“It definitely has a proven and tested impact on bacteria, which is great, and we will keep testing all different types of microbes to figure out the impact.

“We want to be very sensitive – the last you want is to be accused of taking advantage of a crisis to introduce a new product so we’re being very cautious about how we do it.

“The upside here is very significant and while we are not in any way claiming it kills coronavirus, there is some evidence this wavelength of light has an impact on some viruses.“

Buddy announced the LIFX anti-bacterial smart light to the ASX on August 28 and was immediately inundated with inquiries.

“We ran it by a few of our technology partners and they were all wildly in favour of us building this out.

“When we announced it the other week, we were absolutely flooded with interest from our retail partners trying to order them for the holiday period so at the very least we’ve got strong retail support so we think it will do quite well.

“I don’t perceive the mask-wearing or lockdown situation in the US is going to improve any time soon – maybe after the election but not before – so if anything I think the demand for cleaning products in general is going to increase over there so it’s important for us to have this ready and get it out as fast as we can.”

While the bacteria light is exciting, LIFX is already one of the leading smart lighting brands behind Dutch giant Philips. While its Australian sales are strong, the US is its biggest market and Europe its fastest-growing, albeit from a relatively low base.

Buddy announced last week it had achieved record orders of more than A$30 million for the 30 days leading up to September 16.

This was fuelled by major retailers such as Amazon and Best Buys in the US placing large orders ahead of the busy holiday period, which begins with Amazon Prime Day next month followed by Halloween (October 31), Thanksgiving, Black Friday, Cyber Monday (November 26-30) and continues through to Christmas and Boxing Day sales.

Part of this growth has been driven by orders of a more affordable smart light, which recently launched in the US for US$9.99. The light is expected to be available in Australia next month for less than A$20.

The lights simply screw into regular light fittings and are internet-connected, which means they can be controlled from a phone app or by a voice-activated Amazon Alexa or  Google Home Assistant type device.

McLauchlan said the ability to turn on lights with voice activation and the lower price point had opened up new markets.

“Where once this was the purview of the tech geeks, we believe the market is now ready for the average consumer to buy a light that’s smart when they are replacing one of their fixtures and the price point is now getting down to the point where that is feasible plus the life of these lights is very long,” he said.

Buddy manufactures its LIFX products through a partner in Shenzhen, China, and also has offices in Seattle, Miami, Dublin, Melbourne, Minneapolis, Miami, and in the bay area of northern California.

McLauchlan grew up in Adelaide and spent 15 years working for Microsoft in Seattle, founding the company originally called Buddy Platform and acting as an advisor to the Bill and Melinda Gates Foundation before moving the business to South Australia.

He still lives in Seattle most of the time but has been in Adelaide working with the South Australian team since the beginning of the pandemic.

“I have a place here so I was fine because we’re a very tech-forward tech company and we’re used to doing things remotely.

Keeping pace with digital change in a COVID world

“A lot of what I do right now is interacting with our factory in China and at the time and now the US was not the preferred place to be in terms of coronavirus.

“We’re very happy with being in Adelaide and I definitely anticipate hiring more people here, it’s just a matter of evolving the business as we go.”

Buddy Technologies has a market cap of $200 million. Its shares were trading at $0.07 on Thursday.