Wright is a winemaker and director of McLaren Vale family business Oliver’s Taranga, while also judging and chairing wine shows across Australia.

She has served on a number of wine boards, including the McLaren Vale Grape, Wine & Tourism Association and the Winemakers Federation of Australia and is currently part of the Australian Women in Wine Awards advisory board.

In his role as Chief Viticulturist for Brown Family Wine Group, McClen oversees the company’s grape-growing and sourcing, and manages vineyards across the Murray Valley, King Valley, Heathcote and Tasmania.

He has an honours degree in Agricultural Science and a Master’s degree in Business Administration.

He has served two terms as a Director of the Australian Society of Viticulture and Oenology.

Prior to his position with Accolade Wines, Sneyd spent 15 years with E&J Gallo overseeing the company’s international winemaking operations and as a Director of Winemaking in California.

He also worked as Director of Domaine de la Baume in France and later as director of a negociant business specialising in high-end appellation wines from the Languedoc.

Sneyd completed his Masters of Business Administration shortly before leaving Australia for France in 1994.

New faces to Livestock SA board

A lamb producer, Kirkland has worked in the wool industry as a shearer for a decade, including as an instructor to young shearers and wool handlers on his Millicent farm and at TAFE SA.

He is a member of Millicent Ag Bureau and the local CFS brigade.

Meanwhile, Gregor runs a third generation merino farm on Kangaroo Island with her husband and is a member of the CFS.

She previously worked as an accountant.

Brokenshire is a dairy farmer and former conservative parliamentarian.

He was state government minister between 1998 and 2002, later leaving the Liberal Party to represent Family First and the Australian Conservatives in the upper house until 2018.

He was selected to represent Mount Compass on the Livestock SA board.

From News Corp to Keolis Downer

It follows an announcement the private company was awarded $2 billion to operate Adelaide’s train services for eight years.

Owen comes to the role after 25 years with major news organisations across Australia, the UK and the US, including News Corp where he was most recently the state’s bureau chief for The Australian.

He joined The Australian SA in 2009 as a political reporter and was appointed Bureau Chief in 2011.

He has since founded communications consultancy firm Owen Media Relations and joined the University of South Australia as a sessional instructor.

Master Builders SA Chief Executive Officer Ian Markos has announced he will retire in December, after five years in the position.

Markos started working on building sites in his mid-teens and has since worked in an eclectic mix of roles including allied health, as a university lecturer and as Director of Construction for SafeWork SA.

He was appointed as Master Builders SA Policy Director before becoming CEO.

The Master Builder Association is currently looking for Markos replacement.

Markos cited “passion for adventure and living life to fullest” as his reasons for leaving.

“I am very proud of the contributions our members make to our great state. Representing such a hardy, practical and resilient industry full of down to earth men and women has been a tremendous honour.”

Darren Chandler has been appointed the Chief Executive Officer of the SANFL .

The former West Adelaide league footballer will succeed Jake Parkinson in the SANFL’s top job, taking over the role on November 16.

“Darren’s experience and proven leadership with the Stadium Management Authority demonstrated to the Commission that he is the best person to lead South Australian football into the future,” he said.

“Darren has a comprehensive background and first-hand knowledge of SANFL over many years, as a player, at SANFL Club level, within the League and in senior administrative roles.

“An underage and reserves player at Glenelg and League player at West Adelaide, Chandler said his passion for the game and the opportunities it provided young people was a key factor in his decision to take on the CEO role.

“I’m looking forward to working with the SANFL Clubs, AFL and AFL Clubs, SANFL staff and the wider football community to navigate through the current COVID landscape and rebound as quickly as possible,” he said.

SANFL CEO Jake Parkinson announced in July that he would be stepping down from the role on October 31 after six years with the organisation to explore other career options. 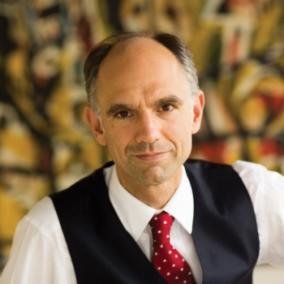 The Art Gallery of South Australia has appointed corporate lawyer Jason Karas as its new Chair, replacing Tracey Whiting, who has been in the role since August 2014.

Karas is co-founder of Lipman Karas, an international firm with offices in Adelaide, Hong Kong and London.

He was appointed to the board of AGSA earlier this year and also sits on the Sight For All board and chairs the SA Legal Services Commission.

Through his law firm, Karas has supported the institution, including sponsoring the national tour of Quilty and the Ramsay Art Prize People’s Choice Award. He has a particular interest in contemporary art and is a member of AGSA’s Contemporary Collectors group.

The Commission for Excellence and Innovation in Health is searching for a Chief Executive to replace inaugural Commissioner Paddy Phillips.

Phillips has held a number of senior health roles across the State's health system, including as SA Health's Chief Public Health Officer between 2015 and 2019.

He was appointed to lead the Commission in 2019, following the new agency's creation.

A spokesperson said Phillips was "taking a step back but not retiring".

The CE position is advertised as reporting to the SA Premier and Minister for Health and Wellbeing and will bring together the expertise of clinicians, consumers and other stakeholders to maximise health outcomes.

The role is due to start later this year.

Meanwhile, Forensic Science SA is searching for a director.

According to Seek the role will foster the development and application of innovation and contemporary scientific research, methods and processes for the department.