South Australians are spending more at supermarkets, direct from local producers and pharmacies, and continuing to spend less than usual at cafes and restaurants, in department stores and on electrical goods according to the late August and early September Square Holes mind and mood survey.

Jason Dunstone, the founder and managing director of the South Australian market research company conducting the survey, said the data illustrated that while there were positive trends across categories, spending continued to generally be below pre-COVID levels. 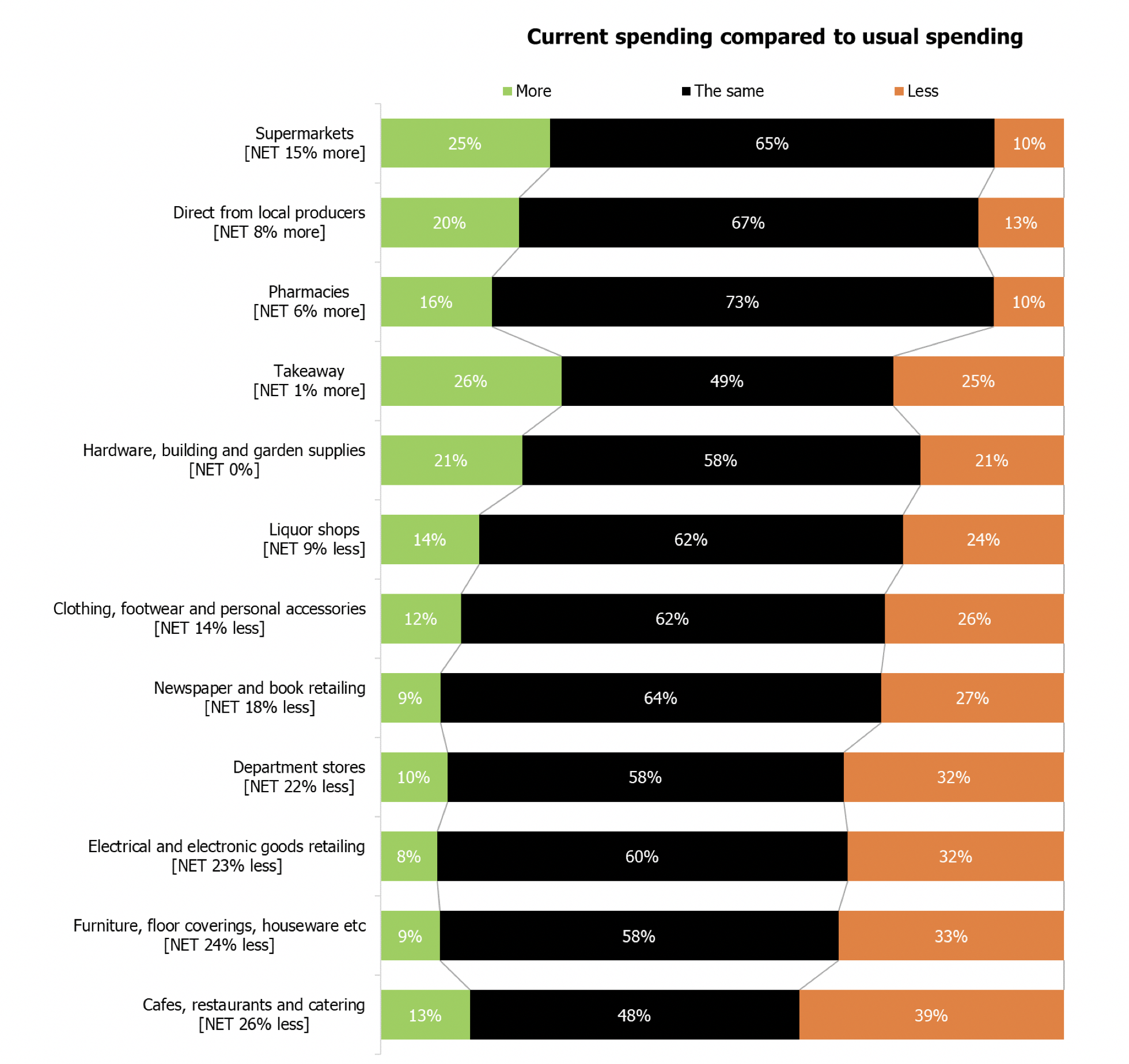 “When comparing spending with findings from the April survey, improvements are noted across categories although spending remains below pre-COVID,” Dunstone said.

“Spending in cafes and restaurants, furniture and houseware, electrical goods and department stores continue to illustrate significant net spending of less than usual, yet the trend is less dire than April.

“For example, cafes and restaurants indicated a net 59 per cent of less spending in April and an improved 26 per cent less than usual in August.” 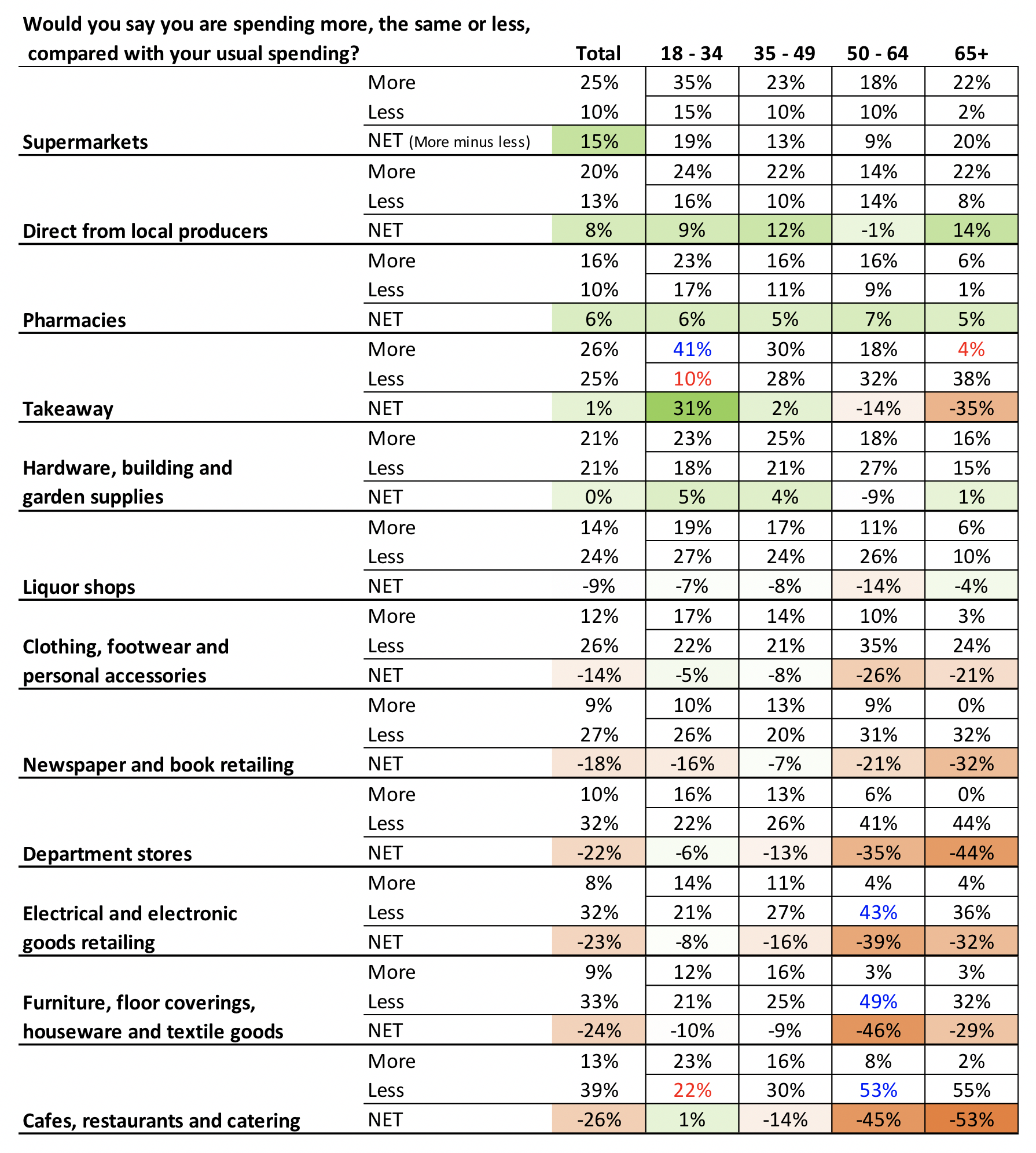 Buying direct from local producers also appears to be improving, according to Dunstone.

“From the current survey there is a strong shift towards buy local across age groups, with the strongest shift for those over the age of 65,” he said.

“This improved from a net less of -13 per cent in April to a net more than usual of 14 per cent in the current survey.

“The shift to local was also strong for 18 to 49 year olds and improved for 50 to 64 year olds compared with April.” 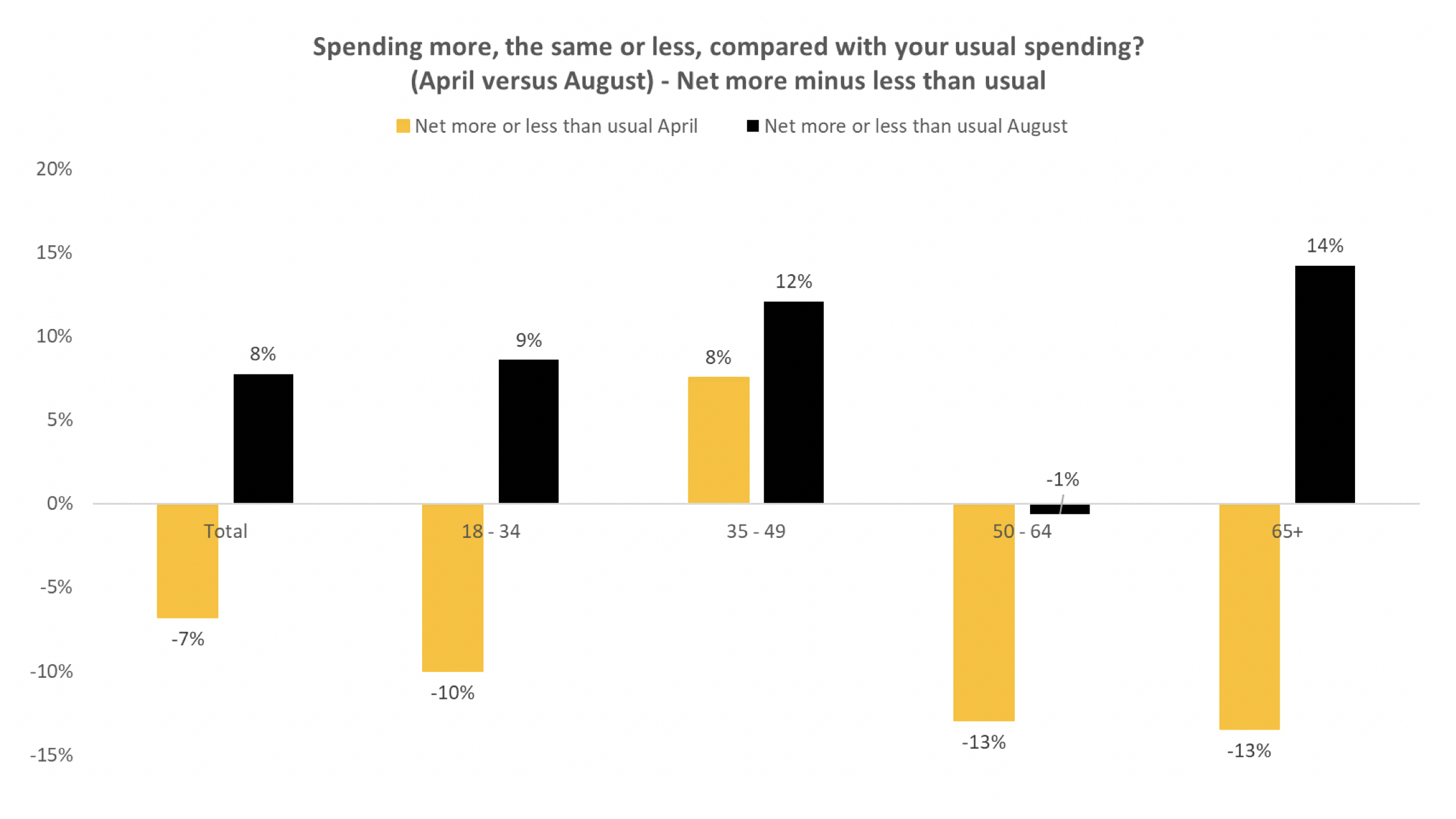 “Newspaper and book retailing, clothing and electrical goods are also strong for online, whereas hardware, cafes/restaurants and direct from local produces currently have a preference skew towards face-to-face,” Dunstone said.

“Click & collect appears from the August and April Square Holes survey as having comparatively low levels of usage and a generally flat trend line in adoption.” 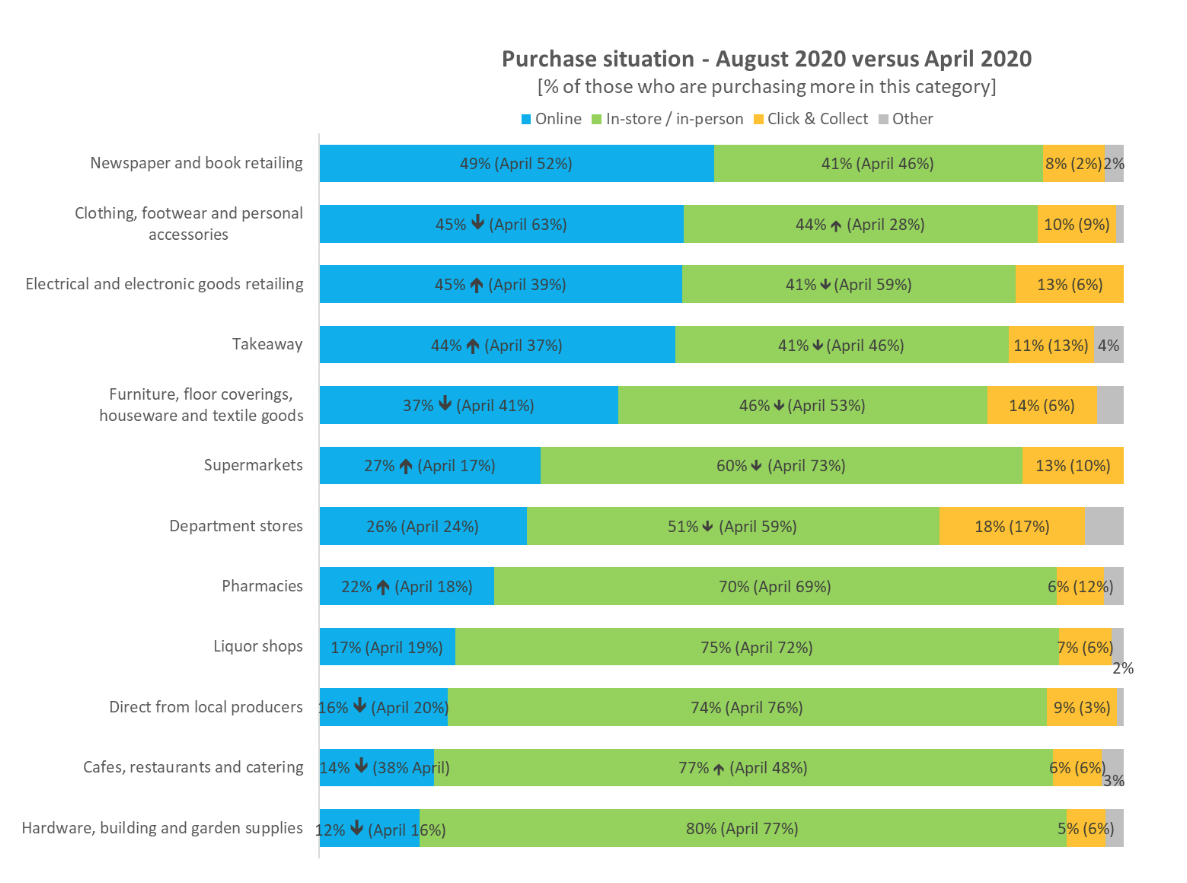 Dunstone said an interesting observation from the survey was the difference between age groups.

“The respondents between the ages of 18 and 49 are more predisposed to purchasing online, for example,” Dunstone said.

“Similar age patterns existed when widening the survey sample to all respondents, not just those spending more than usual in the category,” Dunstone said.

“There is an indication that purchasing direct from local producers is on the rise, with preference typically for in-store/ in-person across age groups.

“Is this the nature of the purchase or that local producers are currently not viewed as offering adequate online offerings? Or, that good old-fashioned bricks and mortar stores have a valuable role in our lives?”

Dunstone observed that while, according to Australian Bureau of Statistics and other figures, South Australian retail is beginning to recover, some retail segments are getting more of a boost than others.

Online sales in Australia rose 73 per cent compared with July 2019 according to the latest ABS figures.

“We are living through a fundamental shift in retail in South Australia and it will be interesting to observe trends moving forward,” Dunstone said.

“How South Australian retail and hospitality responds to the changing environment will be key to future prosperity.

“It is also critical for these sectors to be aware and adjust with demographic and other trends, consumer needs and how to best survive and prosper over the years to come.”