The duo has weathered the ups and downs of the Australian wine industry for two decades while forging a reputation for quality traditional wine styles from Clare Valley and Adelaide Hills.

But the coronavirus pandemic and changing wine tastes have the winery and its two cellar doors evolving fast to keep up.

O’Leary Walker has increased its food focus at its Clare Valley cellar door and last week launched a new website to help it cater to a growing online customer base.

It is also ramping up export efforts and is launching a seasonal release range of progressive varieties to appeal to younger palettes.

The winery produces about 14,000 cases a year in the Clare Valley from grapes grown in the region as well as at a 16-hectare Adelaide Hills vineyard owned by O’Leary’s sister, Sue Cherry, in Oakbank

O’Leary said about 80 per cent of the winery’s sales were traditionally to restaurants, placing pressure on its bottom line through coronavirus shutdowns and restrictions in recent months.

“Our sales domestically were down 75 per cent, which was pretty tough,” he said.

“It is starting to pick up a little bit again but very slowly.

“One of the unintended consequences was it forced everyone to have a look at their businesses and how they can improve and that has been a terrific benefit to us.”

O’Leary Walker opened its Clare Valley cellar door in 2010 and a second one near its Adelaide Hills vineyard in Oakbank in 2015.

The winery has increased its attention on its cellar doors this year, O’Leary said, following the appointment of a full-tine resident chef and a greater focus on events.

“There’s been a big shift in people’s habits and we still want to get our wines on-premise but cellar door one-on-one is becoming a very powerful tool to show people our wines and sell them direct,” he said.

“In the past, we haven’t been very good at it but we’re seriously having a crack now.”

Like many cellar doors, both sites have reported increases in foot traffic and sales in the past couple of months as border lockdowns force South Australians to holiday in the state’s regions.

“The last four or five weeks the cellar doors have been incredibly busy – our patronage on Thursdays, Fridays and weekends has been unbelievable,” O’Leary said on Friday.

“One of the side benefits of that as well is people are visiting areas they haven’t been before and they are finding out that the Clare Valley is a bit of a hidden gem.

“We also put a lot of effort into our new website, which launched yesterday, and we’ve been working hard on the food offerings in Clare as well because you need a few strings to your bow in cellar doors these days – people want food and they’re pretty discerning when it comes to the quality.”

The business has not had much of an export presence in the past but is among 10 SA wineries selected in the Wine Australia USA Market Entry Program this year and has begun searching for a North American distributor.

It has also this month sent its first shipment of Riesling to Taiwan and is beginning exports to China despite some uncertainty around potential tariffs on Australian wine sold there in the future.

“When Nick and I first started 20 years ago we wanted to be strong at home,” O’Leary said.

“Anyone can export wine and put a label on and plenty of people do but I’m pleased we’re not overly exposed to exports and the risk of making wine that we haven’t been able to ship.

“But now we’re in a position where we can try to grow our exports and see what’s going to evolve domestically.” 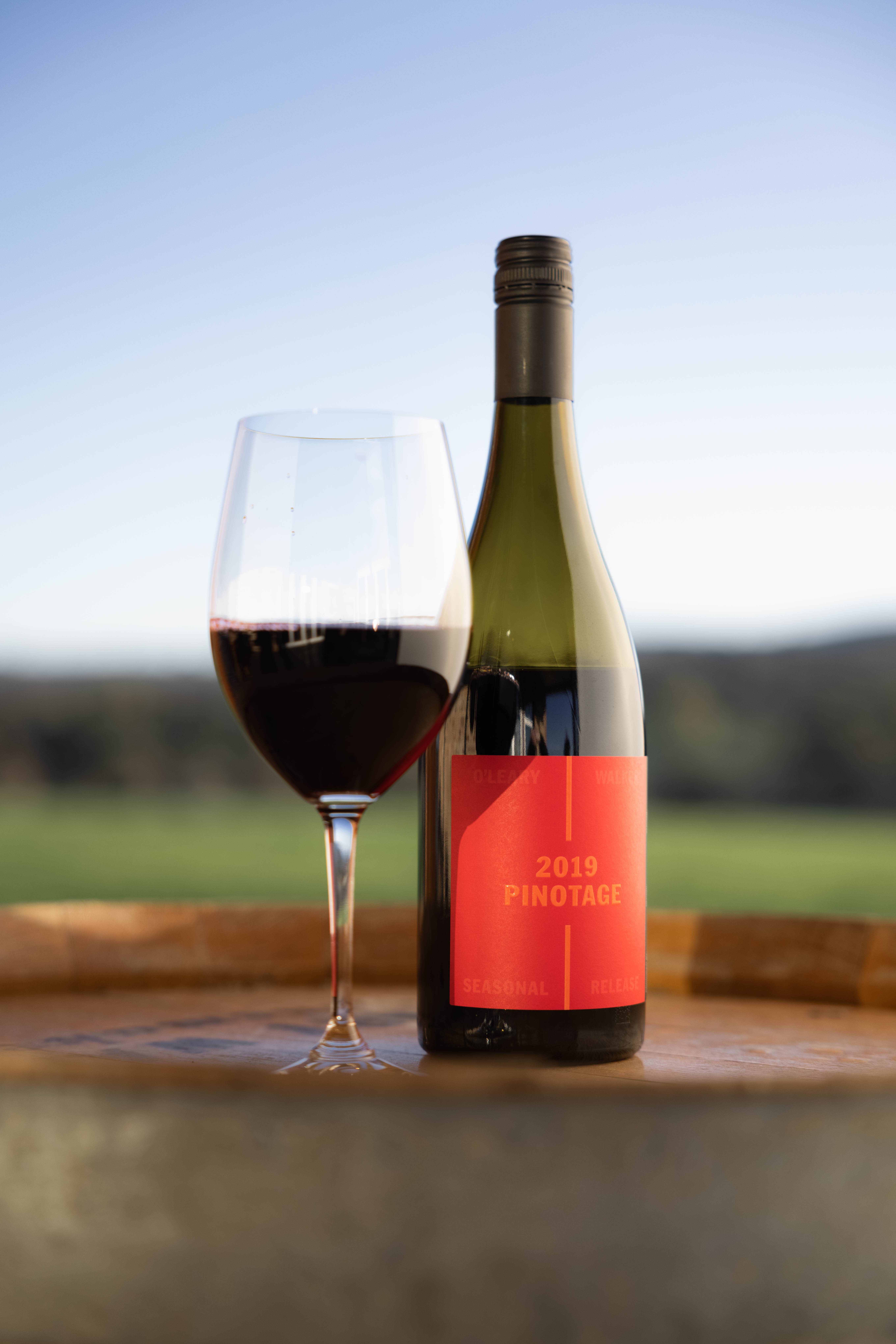 O’Leary Walker has had a long-standing national distribution partnership through Negociants Australia that began soon after the business began in 2000.

The winery grows about two-thirds of its own grapes and has enduring relationships with four loyal Clare Valley growers to help protect it against the potential swings of annual grape shortages and gluts.

Walker and O’Leary already had about 40 years of winemaking experience between them when they started their partnership in 2000, making them one of the most experienced duos in the industry.

“As a partnership we really wanted to emulate (Grant) Burge and (Ian) Wilson at Krondorf because those guys weren’t in partnership anymore and we thought it would be a good thing to model ourselves on,” O’Leary said.

“Both Nick and I worked for Mildara Blass and my boss at the time rang me when we resigned and said we were mad.

“It was very tough in 2000. You couldn’t buy any fruit – pretty similar to today – and the only reason we got anything substantial was because Neil and Heather Grace pulled out of their contract with Mildara Blass.

“It was very tightly held at first and then the market became quite depressed for six or seven years and there was quite a surplus of fruit so it can change very quickly and now it’s gone full circle.

“We’ve both got our strengths and it’s been a wonderful journey.”

Now the next generation of winemakers is stepping up to complement the traditional ways of the winery’s founders, which has focused on staple Australian varieties such as Riesling, Shiraz, Chardonnay, Pinot Noir, Sauvignon Blanc and Cabernet Sauvignon.

Emerging winemakers Jack Walker – Nick’s son – and Luke Broadbent have worked in the business for more than five years and are now stepping up to expand the range and create some fresh flavours to appeal to younger wine drinkers.

The next generation winemakers have been put in charge of a seasonal release project of emerging wine varieties, which kicks off this week with the launch of a Pinotage. Varieties being considered for future releases include Nero, Grenache and Gruner Veltliner. 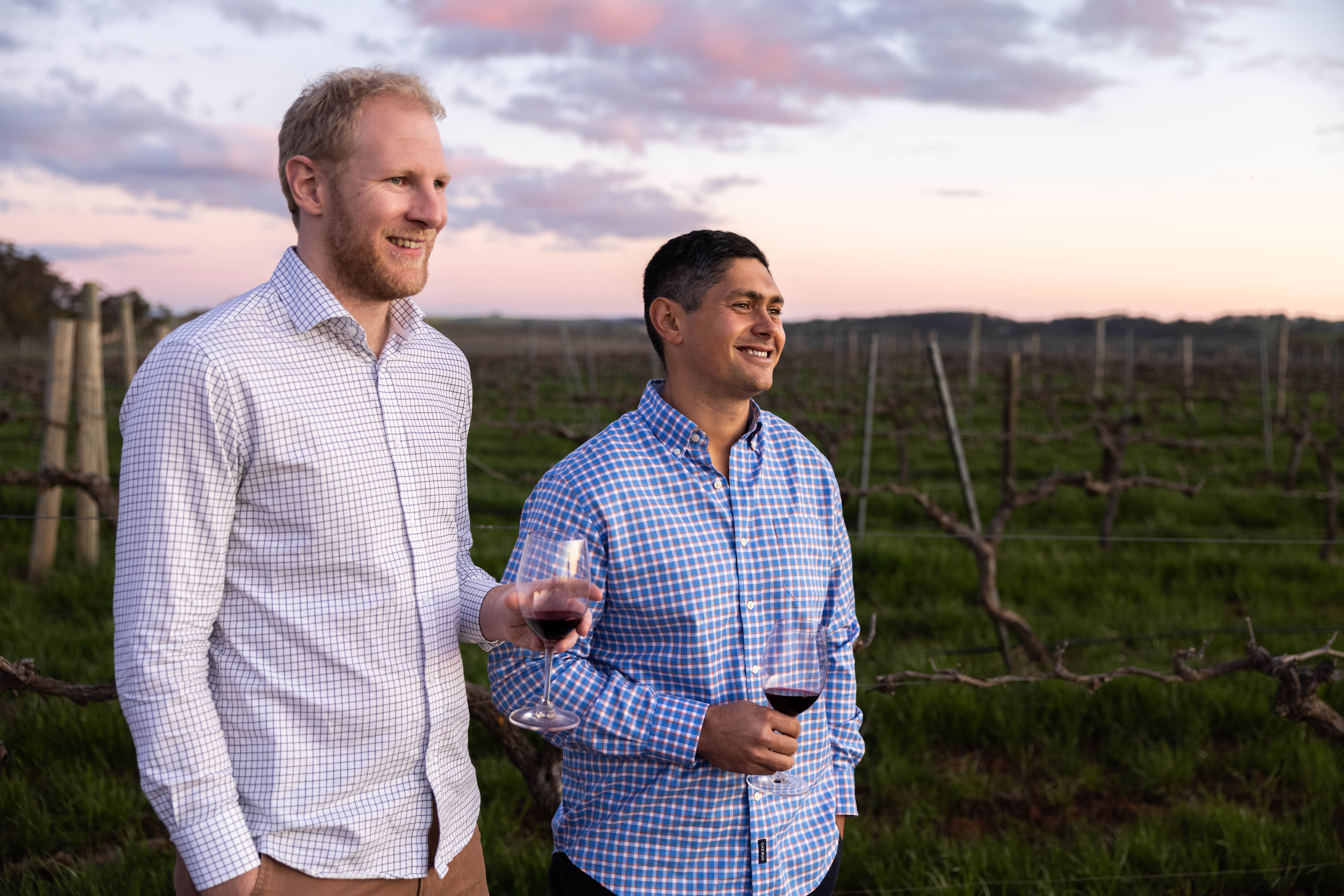 All of the varieties are grown in the Clare Valley. Pinotage is a medium-bodied red resulting from a hybrid of Pinot Noir and Cinsault developed in the 1920s and has become South Africa’s signature red variety.

It is believed to be one of the only wines of its style currently produced in South Australia.

“Part of the reason for the seasonal releases is so we can cater a little bit better to seasonal drinking conditions so they’ll be released every three months and the wine will be chosen to suit the time of year it is released,” O’Leary said.

“The Pinotage is coming out as we’re emerging out of shiraz weather and those big bold wines you enjoy during winter whereas this is something more suited to the spring and we’re looking at whites and a Nero next to give our consumers something different to try in addition to our flagship wines.

“It’s really important for us to have people wanting to do a return visit to our cellar doors so in addition to our regular new releases we want to have different styles of wine to encourage people to keep coming back and have something different to try when they do.

“Things change as well and people are looking for lighter style reds and juicier, easy-drinking so we’re trying to develop and broaden our winemaking horizons.”

O’Leary Walker had initially planned 20th anniversary celebrations for this month but was delayed following the onset of the coronavirus pandemic earlier in the year. While a few smaller events will take place in the coming months, the winery is working towards a 21st birthday party in 2021.