A number of annual events held at the Wayville showgrounds have also been axed this year while others look unlikely to proceed.

But the continued popularity of its weekly farmers’ market combined with a new caravan park look likely to reduce the blow.

Hocking told InDaily the estimated $10 million variation across two years was made when the Show Society Foundation decided to cancel all of its events bar the weekly Farmer’s Market – which was deemed as an essential service – in April.

She said while the society originally anticipated making up to a $3 million surplus in 2020 and a further $2 million in 2021, “worst-case scenario” modelling indicated the showground would face a $5 million deficit, creating a $10 million vacuum.

“In March due to COVID-19 the showground lost 95 per cent of its revenue … because of the nature of its business, bringing the community together through events and exhibitions,” Hocking said.

She said the shortfall was expected to take up to two years to recover.

“We did a lot of scenario planning, in particular around the Royal Show,” Hocking said.

“We were looking at all sorts of scenarios, whether that be a show that happen in November or whether it’s a five-day show not a 10-day show.

“It’s a big percentage of our income and we’re very aware that the Royal Show is made up of a lot of micro-businesses – we have a lot of small to medium size businesses that come and participate in the Royal Show.

“But then it just became quite apparent that with no amount of confidence you could go out and run a show … because you can have between 40,000 to 80,000 people on site on any one day.” 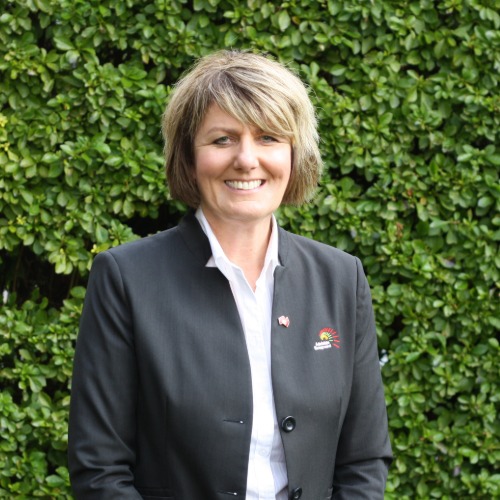 When the show was officially cancelled in April, it marked the fifth time the event had been canned since it was first held in 1840 with the others being the two World Wars, the 1850s Victorian gold rush and the 1919 Spanish flu.

“The reason our organisation – and it would be like other major venues in the state – we’ve been hit so hard because we’re in the business of bringing people together,” Hocking said

In an attempt to assist with community morale, on August 17 the society launched The Show at Home.

The Show at Home runs until September 13 and includes live-streamed video demonstrations and presentations, virtual competitions and ideas for touring the regions.

Among the many businesses impacted by the show’s cancellation was disability support service organisation Bedford.

Clients of the South Australian not-for-profit have been continuing to pack the Bertie Beetle showbags, which can be purchased online through Showbag Shop.

While the Royal Adelaide Show is a large part of the showground’s revenue, it’s estimated the Society’s full range of annual events and operations contribute $317 million to the state’s economy, including through the Adelaide Farmer’s Market which has been able to continue operating.

In a bid to ensure the Sunday market was COVID-19 compliant, Hocking said the society provided an alternative location with a larger footprint at the showground’s Stirling Angas Hall.

She said business at the market had remained consistent despite the pandemic.

“When the restrictions were really in place … there was no seating, there was no acoustic music or kids’ kitchens or kids clubs and activities going on. It was: buy the produce and leave,” Hocking said.

“But the numbers have stayed really steady, so they are still getting anywhere up to 3000 people through the market on a weekly basis.”

A further financial buffer for the organisation has been the opening of a newly developed Wayville caravan park.

Hocking said they already had bookings for March 2021, half of which were from regional South Australia, 23 per cent from NSW and the remainder from WA and Queensland.

She said interest had so far been strong with the park averaging six vans each night.

“Since we’ve opened, we haven’t had a night with no vans in the park – which is good. And the feedback that we’re getting is really encouraging,” she said.

“Most of the park guests are currently from regional South Australia, it will be interesting to see how patronage changes once travel patterns get back to normal post-pandemic”

She said other events which were still up in the air included Santa’s Wonderland, the Australian Plant Society Spring Plant Sale and Show, and Taste of the Best 2020.

“In the last quarter of the year there are still several events on the showground calendar,” Hocking said.

“However, as time draws closer and there is still uncertainty around pandemic restrictions event organisers are making the call whether to go ahead or not.

“We’re quietly confident that we can adhere to the COVID-19 protocols that have been put in place, and the implementation of COVID-19 marshals, and that we will be able to get some events done before the end of the year.

“I think other businesses, some will get through this, some won’t, some will review the way they are doing business. I don’t think there is much that will stay the same.”