Announced last week, the anti-dumping probe will look at imports of wine from Australia in containers holding two litres or less in 2019.

China is Australia’s largest wine export market with $1.2 billion worth shipped last financial year and South Australia produces about half of the nation’s wine.

China had become a major buyer of Australian malting barley and announced an anti-dumping investigation into the premium grain in November 2018 before announcing an 80 per cent tariff 18 months later.

While determinations are yet to be made, the wine probe is expected to last up to 18 months and will include the investigation of 10 major exporters including Treasury Wine Estates, the maker of several leading Australian brands including Penfolds and Wolf Blass.

Grain Producers SA chairman Wade Dabinett said although exports of barley – a bulk commodity – was very different from the way bottled wine was sold on global markets, there were obvious similarities in the investigation.

“We’ve been under investigation since 2018 so it was a very long, drawn-out process in which the Australian grains industry bent over backwards to provide as much information as we could and similar to what we’ve heard about the wine industry, the allegations of dumping and selling below the cost of production are just completely inaccurate,” Dabinett said.

“At this point in time for the wine industry it doesn’t seem there’s a decision yet as to whether there is going to be a tariff imposed, it might be the start of the long process we just went through.

“While the evidence is clear to us, that there is no subsidisation of the barley industry and no evidence to suggest that barley was sold below the cost of production for those years so how much do you continue to throw at it when it didn’t seem to matter how much information you put forward they made their determination anyway.

“You get a sense it’s a political issue.”

The highest quality barley is sold as malting barley for food production and brewing while lower quality grain is sold as stock feed.

Before the 80 per cent tariff began in May, China was the biggest export market for Australian malting barley while the Middle East bought the most barley for stock feed.

The introduction of the Chinese tariff on Australian barley followed a season of drought in the eastern states, which impacted Australian supply and kept prices high.

Dabinett said with the 80 per cent tariff now in force and the drought now largely over, barley prices had eased.

However, he said it was not yet clear how much of that was because of the tariff or from the reduction in demand for SA barley from buyers in the eastern states who could now access locally grown grain.

“With the size of the crop we’ve got today not all of that was going to go to China anyway so we’re going to have price drivers from places like Saudi Arabia, which is a big market for feed barley, and that will probably have a bit more of an impact on our market than in previous years because previously we didn’t have that excess crop available,” Dabinett said.

“When we look at China taking our malting barley it’s disappointing that market is lost but does it create an opportunity for our domestic maltsters and malt houses here to start ramping back up and then we become exporters of malted barley?

“Early on we were looking at a $50 a tonne hit because of the tariff but we’ve seen it settle down.

“I don’t think anyone is saying now that China is having a huge impact on our barley price but it’s definitely taken the shine off it.”

Dabinett said the Chinese investigation brought the entire Australian grains industry closer together from growers through to traders, marketers and industry groups.

“I don’t think we can say there’s more we could have done.”

Dabinett said the current investigation provided the same opportunity for the wine industry.

“The first thing they should do is make sure they are strongly supporting their industry associations – that’s exactly why they exist – they are the conduit to government and you’re always stronger as a single united voice and that’s been a key to the success of the grains industry in South Australia,” he said.

“From the outside looking in, maybe the wine industry might be a bit more fragmented and it will be a good opportunity to see the industry band together.

“There’s always something positive to come out of the negative and I’d hope that’s what that industry is looking for.” 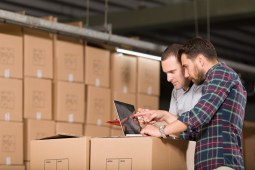 Amnesty provides opportunity to be a super employer

According to the SA Wine Industry Association, at least 300 local wine companies are exporting to China.

“While we respect the right of any nation to defend their domestic producers from unfair and uncompetitive trade practices, we reject any claim that Australian wine product has been “dumped” into China,” he said.

Australia’s largest wine company, Treasury Wine Estates announced to the Australian Stock Exchange last week it would co-operate with any requests for information from Chinese or Australian authorities during the probe.

“TWE has had a long and respectful relationship with China over many years through its team, partners, customers and consumers,” it told the ASX last week.

“TWE remains committed to China as a priority market and will continue to invest in its Chinese business and its relationships with customers and consumers.”