National data from the Federal Chamber of Automotive Industries showed the total number of car sales dropped by 122,730 in the 12 months to July 2020.

Despite the overall decline, passenger electric, hybrid and plug-in hybrid electric vehicles (PHEV) increased – from a comparatively very small base – with electric car sales jumping 44.5 per cent from 339 to 490 while hybrids grew by 24.8 per cent from 11,333 to 14,143.

Federal Chamber of Automotive Industries director of public affairs Lenore Fletcher said that while the organisation did not keep individual state figures, a focus on environmental gains by international brands had led to an increase in electrified vehicles coming to market across the country.

She said while the availability was helping to normalise the technology and build consumer acceptance, any jump in sales came “from a very low base, so any increase is significant”.

The increase in EV sales followed a move by the State Government to develop an Electric Vehicle Action Plan and, in turn, transition away from fossil fuels last year.

The government sought consultation on the strategy – which was intended to form the basis for policy relating to the roll out of charging and hydrogen refuelling infrastructure, public transport and electricity demand – between May and July 2019.

More than 12 months later, a spokesperson for the Department of Energy and Mining told InDaily government was “putting the final touches” on an electric vehicle proposal.

“The development of the Electric Vehicle Action Plan has been informed by extensive consultation with industry and community stakeholders including electric vehicle manufacturers, charging service providers, electricity utilities, consumer groups and environmental NGOs.”

“Yet 14 months later there is no sign of a strategy, let alone any plans to ensure our state stays ahead of the curve when it comes to electric transportation.

“Things are moving very quickly interstate and overseas, yet we seem to be stuck in first gear.

“Where other places take big leaps we tend to take baby steps. The one time we didn’t do that was around household solar and we reaped the benefit of that, and we continue to reap the benefit of that in terms of being ahead of the curve.

“By us appearing to just take baby steps … we are going to miss the opportunity to get all the early movement advantages and set ourselves up for success down the track.”

“There is a massive opportunity for a roll out of fast charging networks across Adelaide and regional South Australia as part of COVID-19 stimulus recovery investment,” Wilkins said.

“Investing in infrastructure will help kick-start buyer interest by increasing convenience and reducing range anxiety, as well as delivering jobs across the state.

“Even more exciting is the potential to integrate electric vehicles into the day to day management of our electricity grid – using the storage capacity of electric car batteries to smooth out peaks and increase reliability.”

Encouraging drivers to get off fossil fuels would also require Federal Government support, according to a state electric vehicle lobby group.

Sally Knight from SA’s Electric Vehicle Association said without greater EV incentives and deadlines to phase out petrol and diesels, the nation would remain a low priority for worldwide manufacturing.

“I think our federal government has not acknowledged that this transition is coming ready or not – it would be better to be ready for it,” Knight said.

“We don’t have the same emissions control programs that other countries have, which means if they don’t do something federally we could end up the dumping ground for all of the nasty polluting vehicles of the world and we need not to be that. We like to be seen as an innovative country and that would be the complete opposite.

“And we have mandated our renewable targets by 2030 and electric vehicles have a significant role to play in meeting that target.”

She said while the organisation had noticed an increase in electric vehicle manufacturing in the past decade, limited stock remained a road block to greater uptake.

“For a long time, unless you imported a very rare model, the only way to get an electric car for daily communing in Australia was to do a conversion yourself,” Knight said.

“In that time the i–MiEV came in, that’s the Mitsubishi and it came out 10 years ago, then the Nissan Leaf with mixed results, because the battery wasn’t super great in that. The first model didn’t last well in the heat, now they do.

“Once Tesla arrived in 2015 that took a huge kick in interest and we’ve progressively had more models come out.

“But in Australia as a whole … lack of stock and availability is an issue – certainly very reasonably priced electric vehicles – but overall very little stock, and that is because we are a small right-hand drive country. 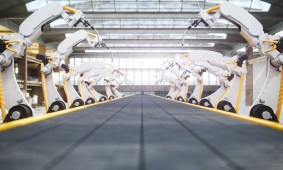 “We are a long way, transport wise, from the rest of the world and there is no federal government support to bring them in.”

She said state-connected charging infrastructure would be required to ease range anxiety concerns.

“Tesla did the right thing, they rolled out their network and it’s been a great business model and they can supercharge their cars from Clare to Cairns and they have been able to for three years.

“That really takes away that concern about long-range travel.

“If 90 per cent of South Australians can drive electric and meet their motoring needs driving electric, it doesn’t matter if that 10 per cent don’t. That 90 per cent have a huge health environmental benefit for everybody else.”