Jason Dunstone, the founder and managing direct of market and cultural research agency Square Holes, said that while anecdotally people expressed the idea that social media use must have increased during shutdown, his survey findings show no change.

“Data collected by Square Holes since March illustrates that there were no significant movements in social media usage resulting from COVID-19, although did indicate huge age differences in the social media usage of South Australians,” Dunstone said.

Dunstone said the survey showed that younger South Australians were far more connected to social media, even if liking platforms such as Facebook less than older age groups. 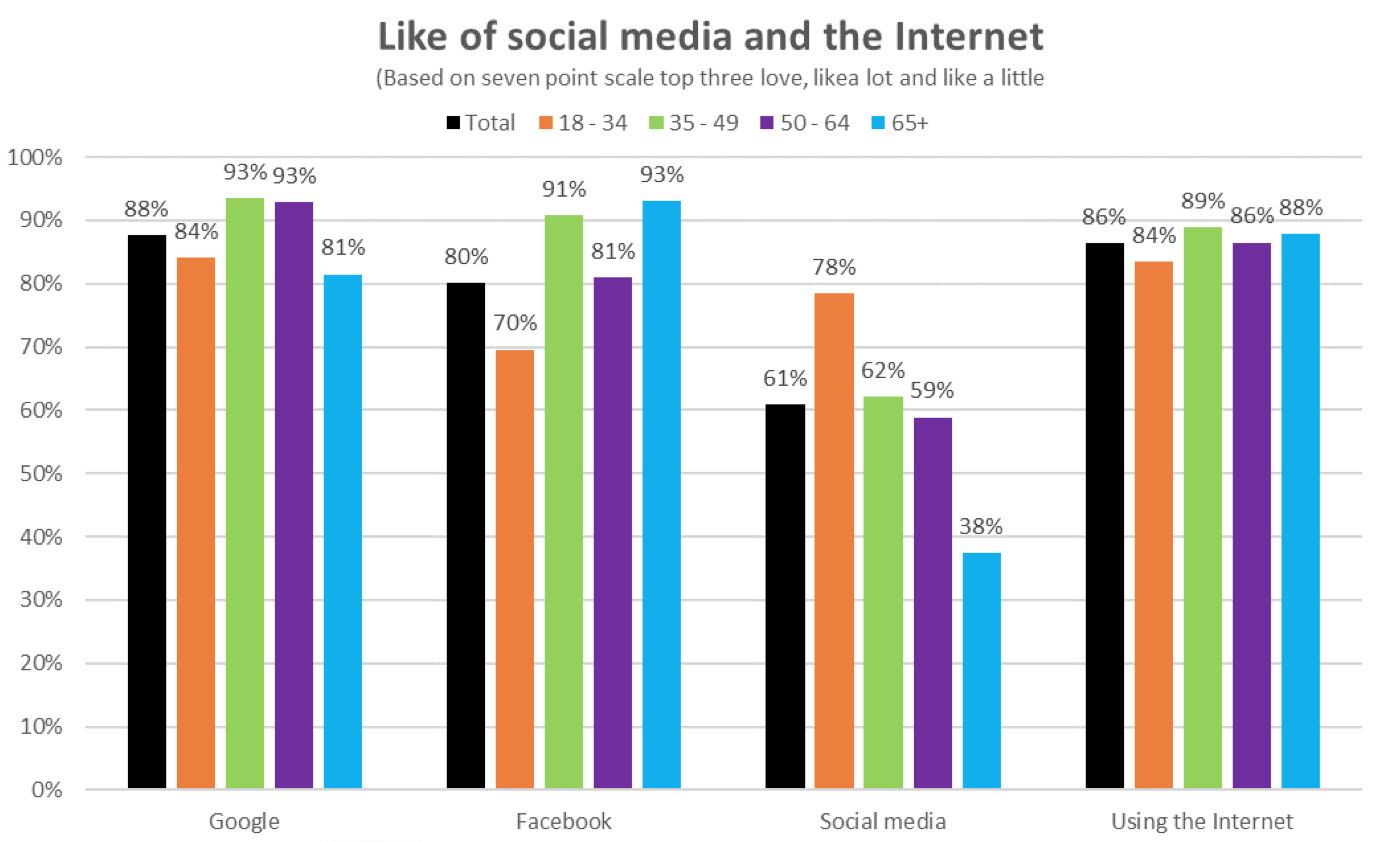 “While South Australians aged over 65 like social media less than other age groups, two-thirds of them use Facebook at least once a day, although do not typically use other social platforms,” Dunstone said.

In contrast, the survey found that South Australians aged 18-34 are strong cross platform social media users, with 88 per cent using Facebook at least daily, 81 per cent posting on Instagram, 62 per cent using Snapchat, 49 per cent using Twitter and 41 per cent on TikTok, with a large proportion doing so ongoing throughout the day. 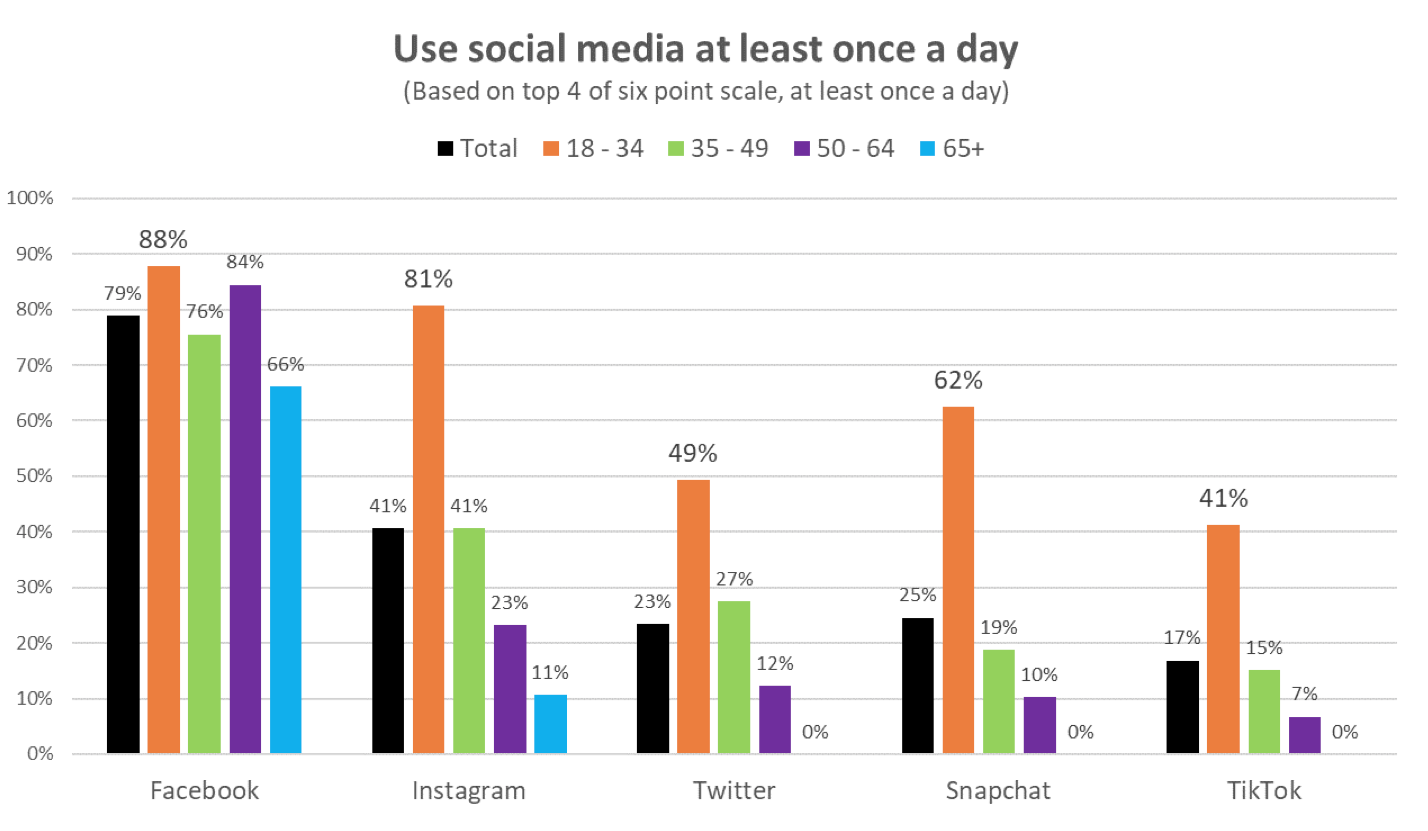 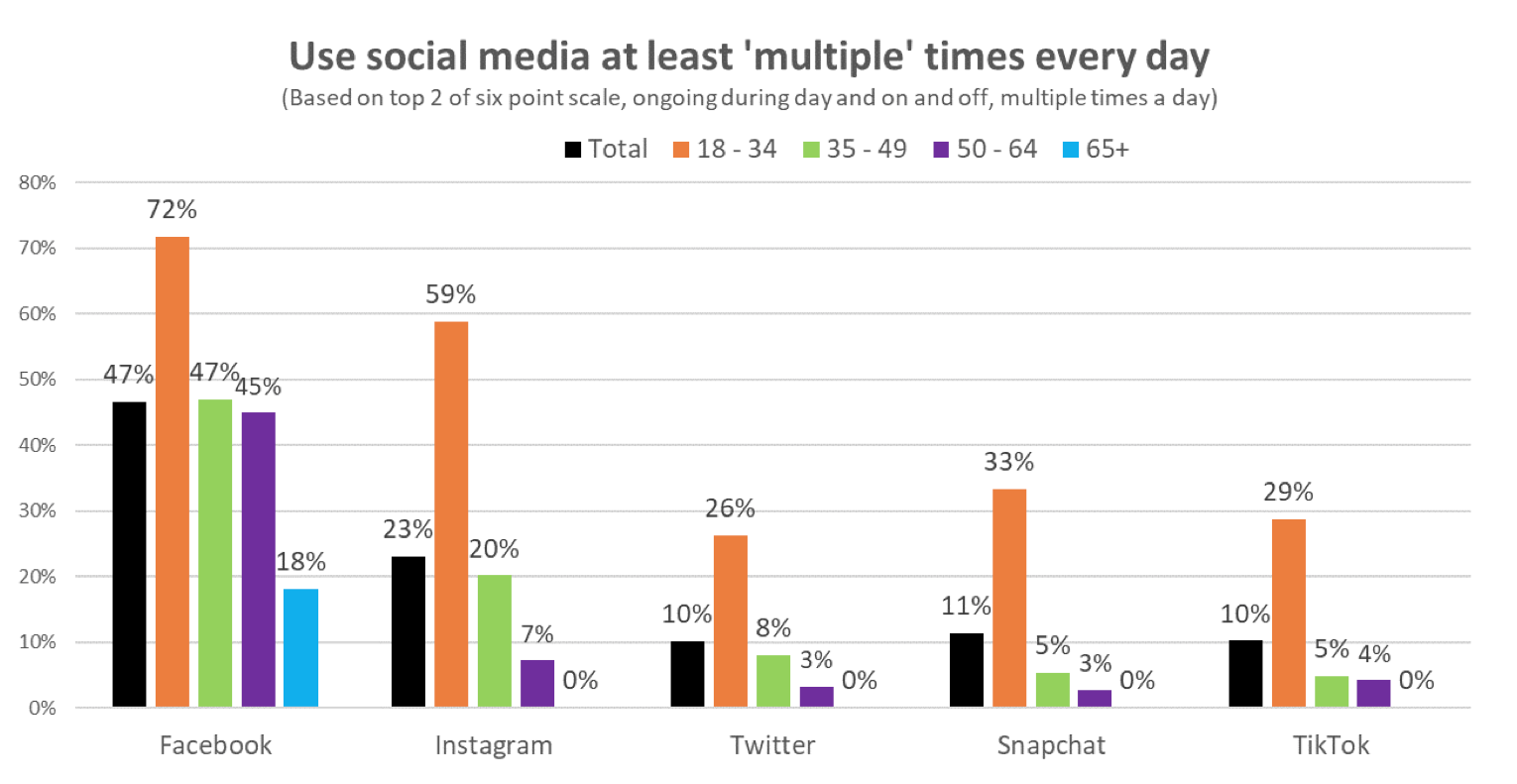 Dunstone said the survey found that trust in Facebook declines with age, with 37 per cent of South Australian adults trusting the platform, ranging from 50 per cent of 18-34 year olds to 20 per cent of people aged over 65.

“A large number of of 18 to 34 year olds claimed to be neutral in their trust of Facebook, likely apathetic or ignorant to the platform they use so much,” Dunstone said. 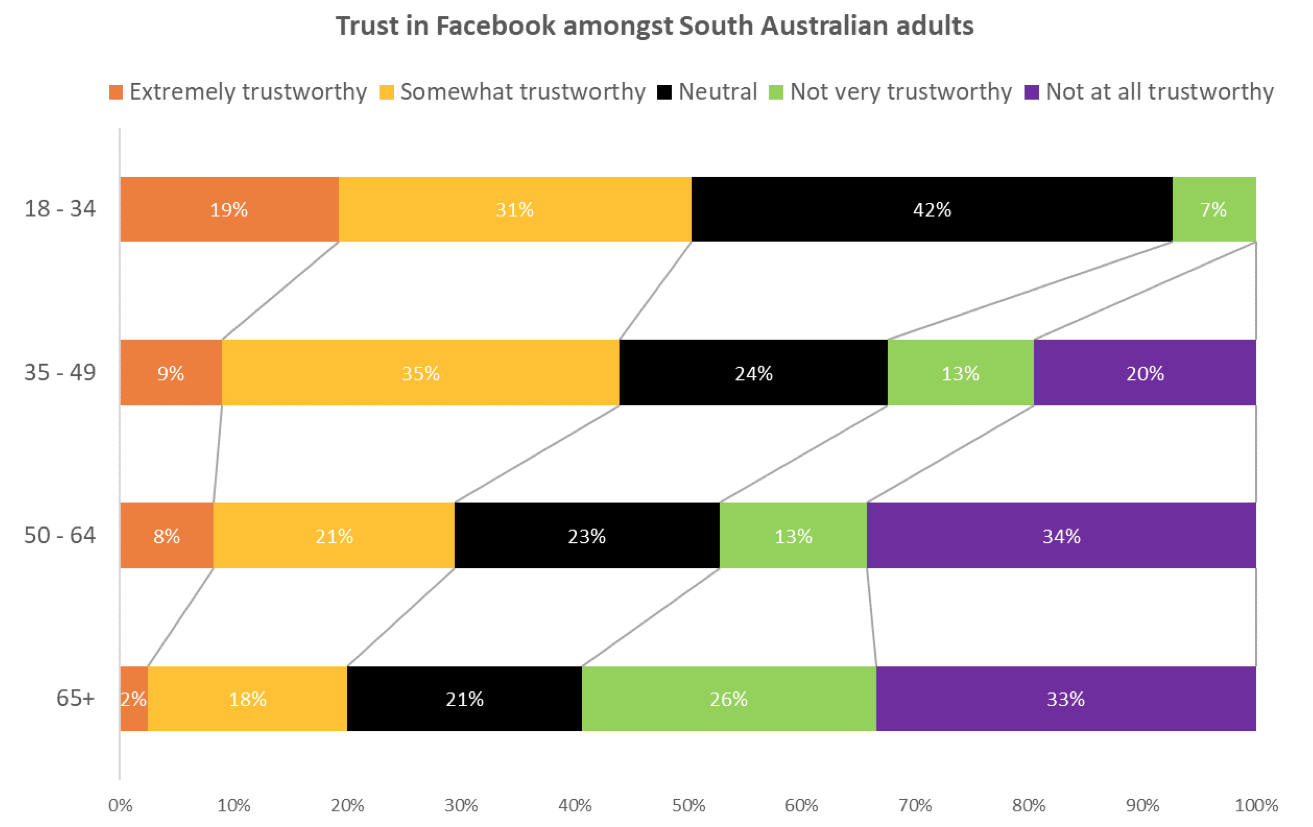 The survey found that trust in Facebook is lower than the trust in Google, with 62 per cent of South Australia adults having faith in the search engine, 25 per cent above the level of Facebook. 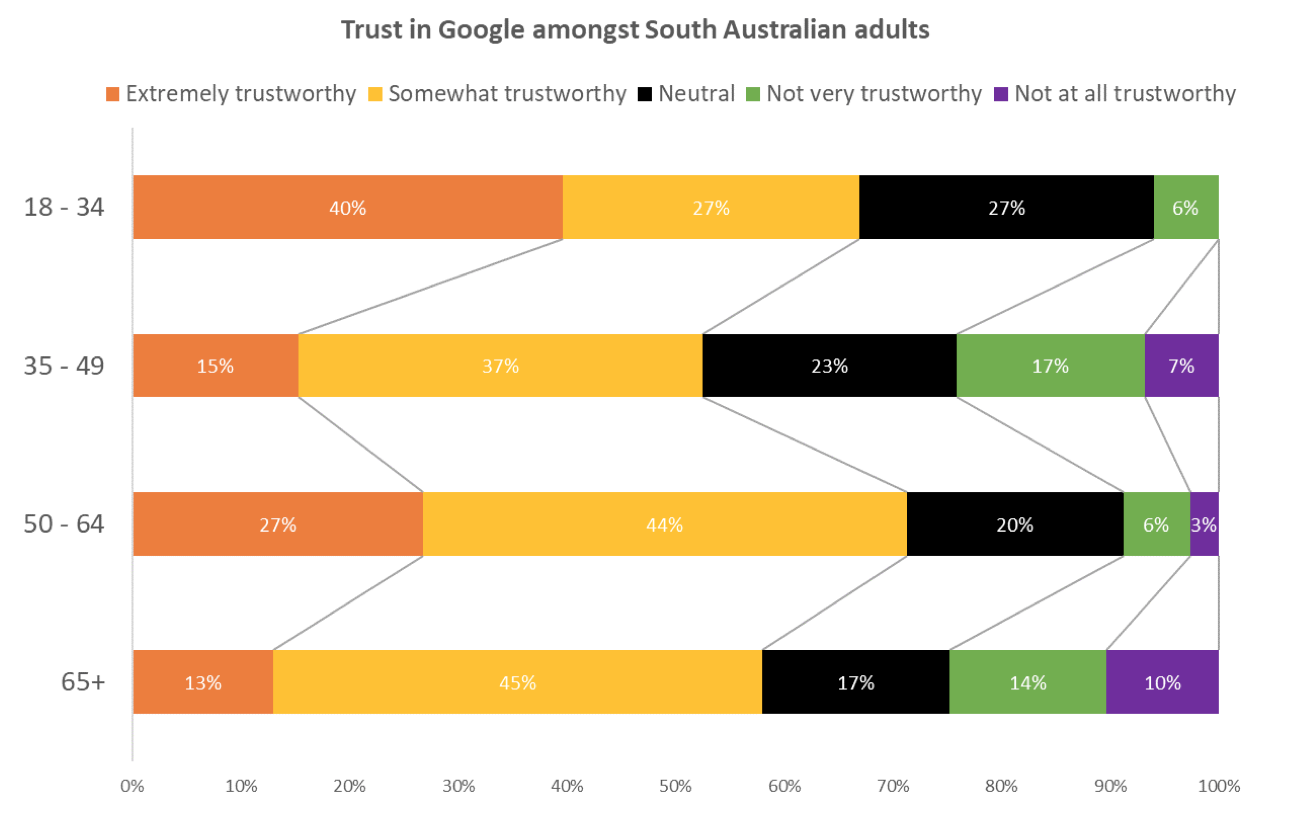 How to protect infrastructure spend from ‘leakage’

“I think we underestimate the benefits of socially interacting in person,” a 20-29 year old focus group participant said.

“The research has highlighted the benefits of being connected both online and offline, and the evolving definition of community across age groups,” Dunstone said.

“As well as how important it is to interact with friends, family and workmates in the flesh for the psychological and other benefits, even for our younger digital nomads.

“COVID-19 highlighted how important getting the balance right is.”

Square Holes is looking for South Australian’s to join its paid panel to take surveys and participate in focus groups.