KESAB stalwart calls it a day

Bevan has held a number of senior roles across the public service and in advocacy, most recently as manager of government relations and policy for the South Australian Hotels Association.

She previously worked in management for RAA, and in the Department of Transport, Energy and Infrastructure for five years.

KESAB chair Ros DeGaris said Bevan had “experience in environmental projects and recycling policy all of which contribute to supporting KESAB’s core capabilities”.

Meanwhile, nine board members have been appointed to lead Green Adelaide, an inaugural leadership team which will work to increase biodiversity throughout the city and help to create open, green spaces.

The Green Adelaide board is chaired by International Koala Centre of Excellence CEO and Cleland Wildlife Park CSA Chris Daniels, with former City of Marion Mayor Felicity-Ann Lewis as deputy.

Not too far afield, the inaugural Murraylands and Riverland Landscape board announced six members. 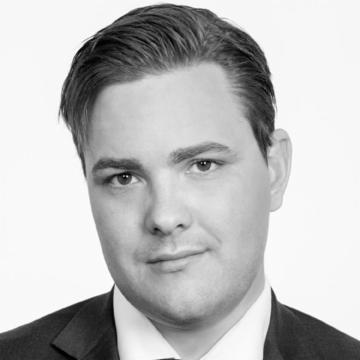 Joyce has been with the company for four years, specialising in litigation, particularly in administrative, criminal and workplace law. He also represents clients in the courts and in the ICAC, Ombudsman and Coronial jurisdictions.

He was previously a state prosecutor and an associate to a Supreme Court judge in WA.

Officer practises in a number of areas, including criminal, disciplinary and workplace matters.

Outside of law, he is president of the South Gawler Football Club and board member for Light the Way Foundation SA.

Prior to his role with Hillgrove, Kiley consulted on a number of resource projects, including the Newmont Mining Corporation golden grove project in Western Australia.

He remains with Hillgrove in a part-time advisory role.

Sutano has worked for Hillgrove in group finance for almost a decade. He will continue in this role.

The pair have worked together for the past 17 years, after studying together at the University of Adelaide.

They’ve collaborated on projects such as Adelaide Oval Redevelopment and Eos by SkyCity.

Balsamo was also a SA chapter councillor for the Australian Institute of Architects from 2014-16.

The director of Insite Arts has produced events such as the MONA FOMA summer festival in Hobart. He is also the founder of share work space and café in. Studio + Café.

Keeping Pertaringa in the family

Bec Hardy has taken over the reins of the McLaren Vale wine brand Pertaringa from her father Geoff Hardy.

Hardy and her husband Richard Dolan, former CEO at Wines by Geoff Hardy, purchased the brand, which included the McLaren Vale vineyard after managing the business for almost a decade.

Pertaringa now falls under the umbrella of Bec Hardy Wines.

Bec established the portfolio in 2015.

In 2019 she became joint managing director of the brand with Dolan.

Hardy is a sixth generation member of and the first female vigneron from one of Australia’s oldest wine families.

Geoff and Fiona Hardy will continue to manage the running of the K1 brand and cellar door, as well as associated events. 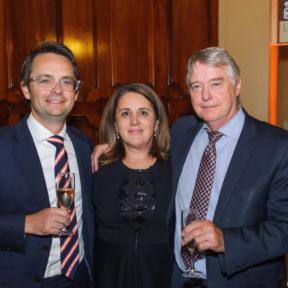 After acting as chief executive for the Department for Innovation and Skills since April, Adam Reid has been appointed to the role.

In addition to her work on commercial litigation and dispute resolution, Vozzo has chaired the Law Society’s Wellbeing and Resilience Committee since 2012.

Vozzo has also been appointed to the Protective Security Officer Tribunal and Police Disciplinary Tribunal.

The Legal Practitioners Disciplinary Tribunal has named Maurine Pyke as chair and Simon Ower as deputy.