A 2009 study by Phillippa Lally in the European Journal of Social Psychology found it took 66 days on average to form a habit.

Some habits, according to the study, were far easier to adopt, with drinking a daily glass of water becoming automatic quicker than 50 sit-ups before breakfast for instance.

Square Holes founder and managing director Jason Dunstone has put this timeline to the test in South Australia to explore what people will continue to do as restrictions ease in the state.

“Calls to family, baking and other cooking and light exercise increased for many over recent months, but are only remaining permanent for relatively few,” said Dunstone.

“Some (respondents) indicated they tried increasing their online shopping, but were likely to return to bricks and mortar stores.” 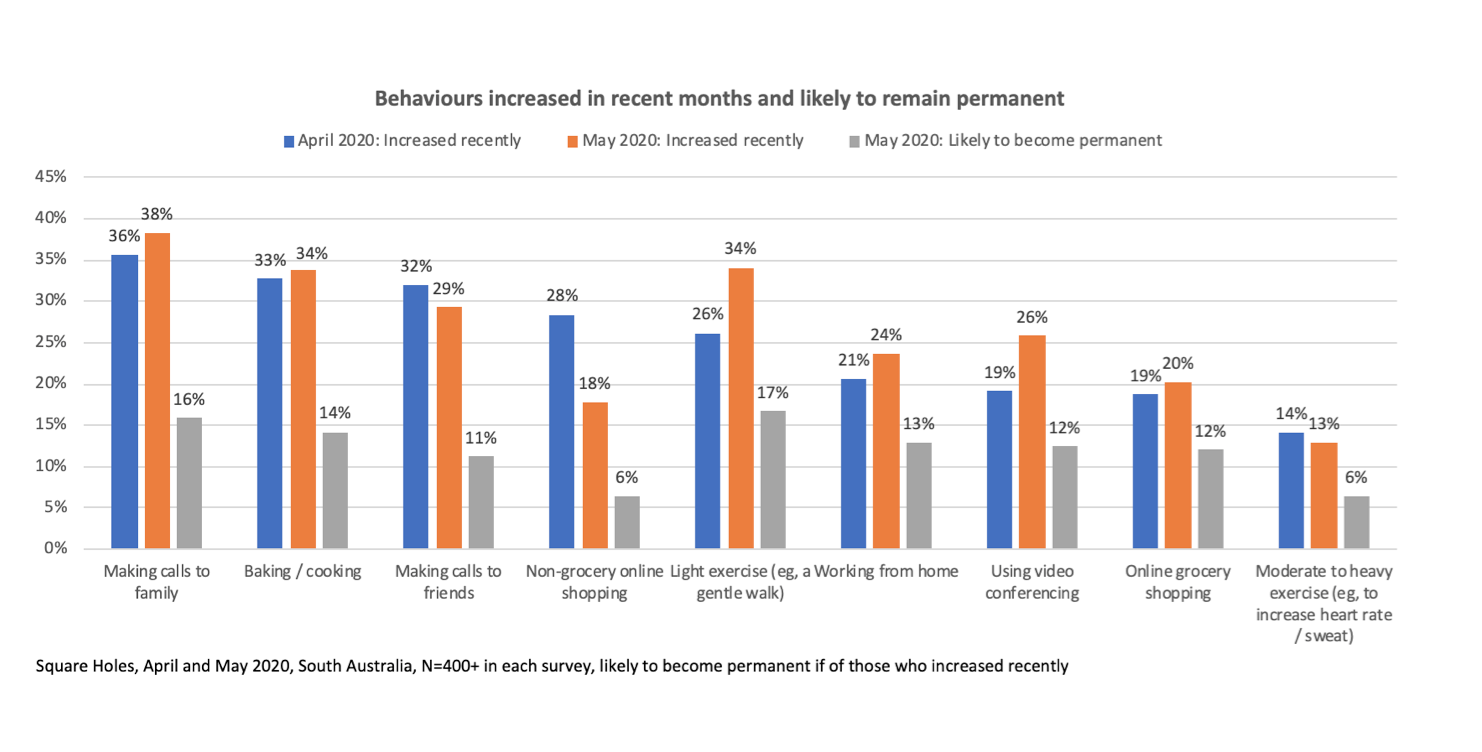 Dunstone said that when asked at the end of April for one main behaviour they had changed in recent weeks that they were enjoying, three-quarters of South Australians named something.

“Staying home and slowing down was the lead response,” he said.

“This was followed by exercising, family time and hobbies at the top of the list.” 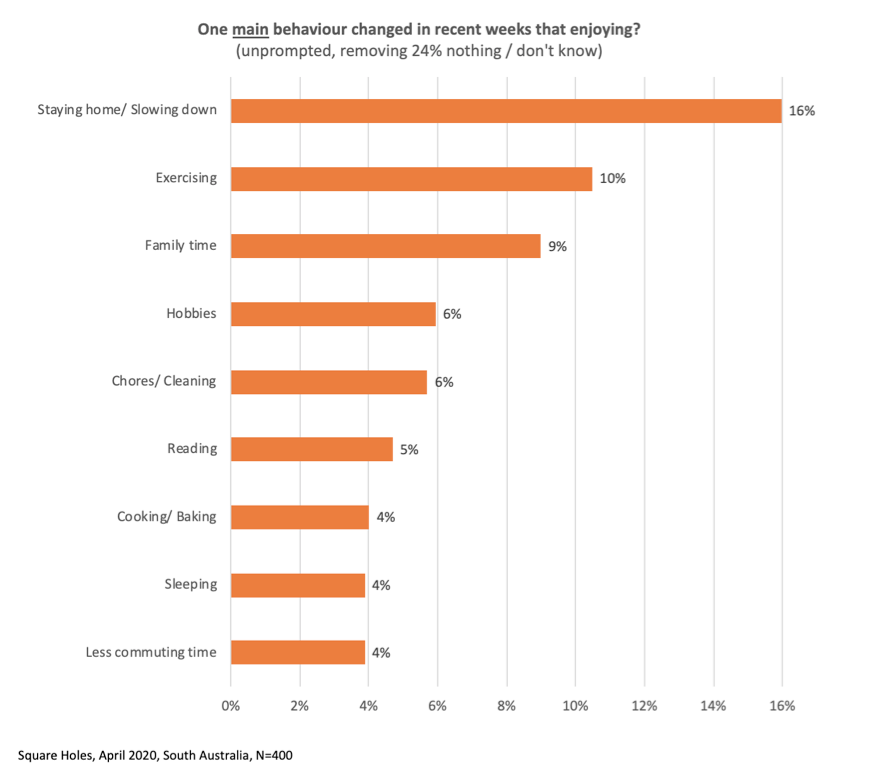 The survey also found that while males and females were identical, there were age differences, with those aged 30-39, 45-49 and 55-64 having the highest perceived likelihood to stick with the new behaviour they were enjoying.

Dunstone said they found that some behaviours were expected to be more likely to stick than others.

“Exercising more, reading, hobbies and family time were expected to become permanent, while sleeping more and less commuting was anticipated as behaviours likely to slip away as normality returns,” he said. 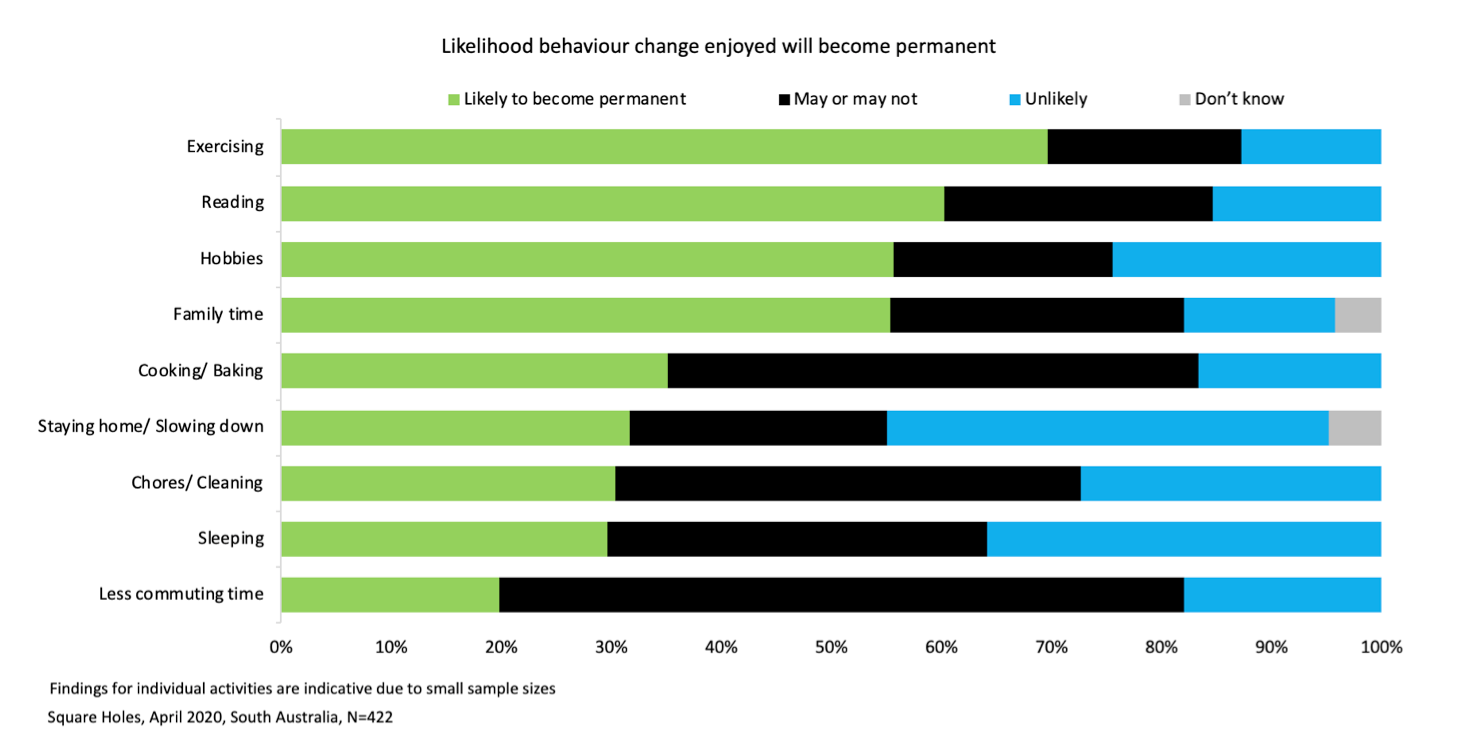 “Although there is a large ‘may or may not’ for less time commuting, perhaps this will change as people convince their employers to trust an improved home-office balance.”

Visit the Square Holes website for more insights or to get involved in the South Australia Mind and Mood Research.