COVID-19 stimulated the community’s innate survival mode, according to the statistics and views gathered by Square Holes in March and April.

“Those reporting to not be confident in the next 12 months jumped to 43 per cent from 16 per cent in October 2019. People stating they were confident dropped from 41 per cent to 26 per cent, again the lowest levels on record. Many feared the worst and responded accordingly.”

But heading into April, spending dropped back to normal levels as South Australians adapted to staying at home and physical isolating.

“The dark tunnel of March, started to show a glimmer of light and less doom.”

Square Holes gathers the data from a weekly longitudinal survey of 1300 people plus focus groups combined with a monthly representative survey of 400 South Australians above the aged of 18 asking about spending shifts, economic and consumer confidence, mental health, behaviour change and other key topics.

Its confidence monitoring found an improved mood, although well below the normal levels of recent years. Confidence in the next 12 months increased from 26 per cent in March to 33 per cent in April, and unconfident declined from 43 per cent to 30 per cent.

The Square Holes survey at the end of April showed South Australians are continuing to spend more than normal in supermarkets, with many also spending more on takeaway and hardware, building and garden supplies.

“In saying this, most are reporting they are currently spending less across categories than those indicating they are spending more,” said Dunstone.

According to the survey, many people are experimenting with online, but most prefer to go to a store.

“Those who were spending more than normal in a category were asked if this was instore or otherwise,” Dunstone said.

“Online shopping is more common in categories such as clothing, footwear and personal accessories, and newspaper and book retailing. Click and collect is only used by around 8 per cent of South Australians.” 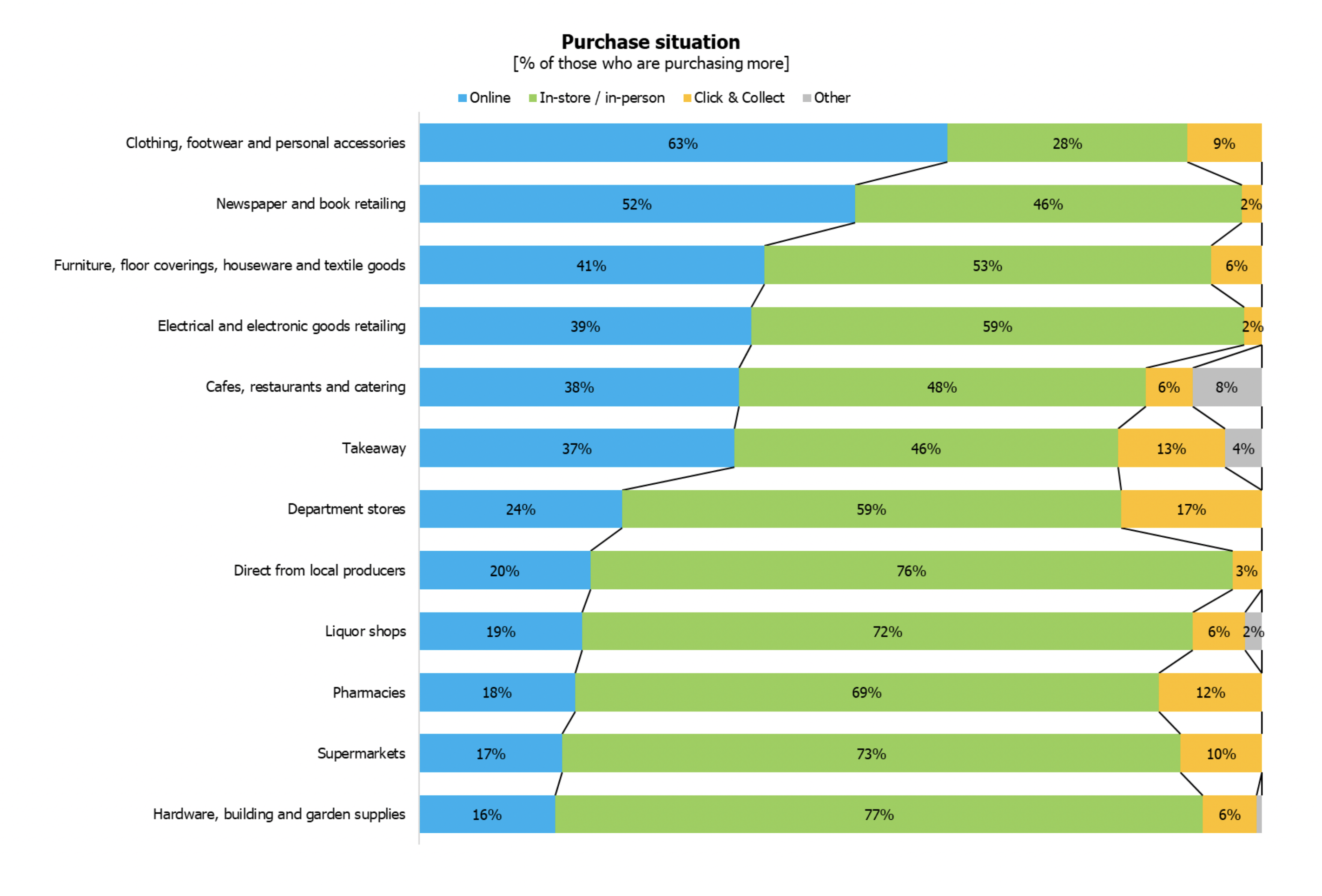 The big push on social media to buy local did not make much of a dent in habits, according to Square Holes.

“Of those who have increased their spending direct from local producers, 72 per cent did so in-person.”

Visit the Square Holes website for more retail insights or to get involved in the South Australia Mind and Mood Research.